The half-life of neonicotinoids 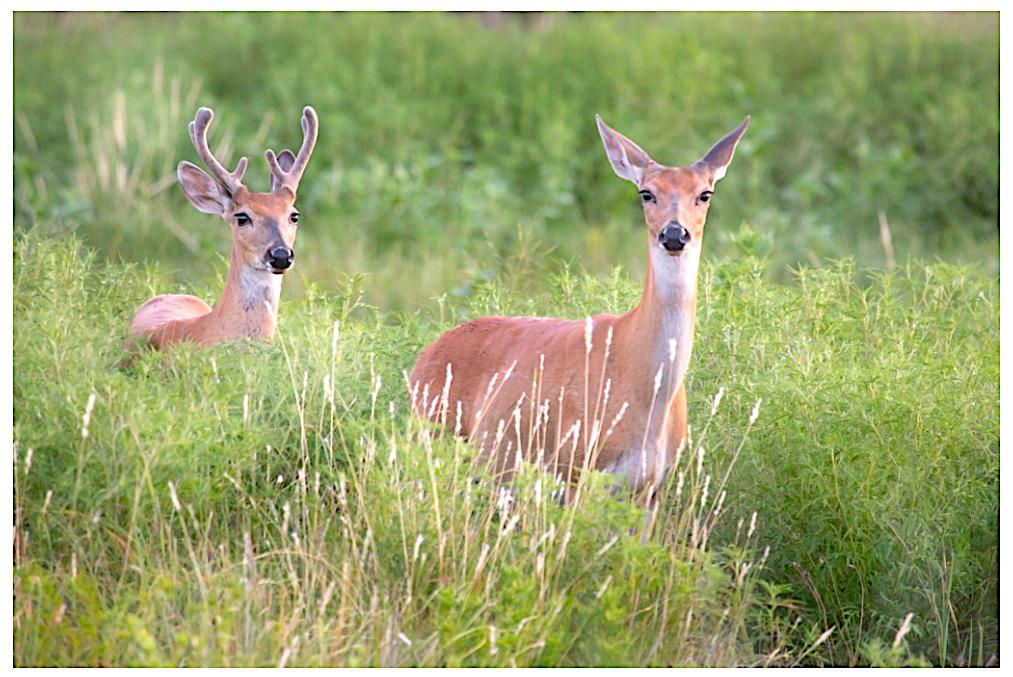 As scientists discover neonicotinoid pesticides in unexpected locations and associated with health problems, a growing body of research challenges the assumption these are safer and less likely to spread than other types of pesticide.

What else kills PC and the eggs in the fruit (if sprayed quickly)? I liked that I could target fruit only after it was bitten. Fewer sprays.

I think a better question is what are the half-life’s of the various formulations on the market. 3.8 years is extreme.

I’ve experienced the long half life firsthand. One application killed bumblebees for 3 yrs in my greenhouse. I hand pollinated one more yr and after that the bees didn’t take a hit.

Bumblebees work harder and longer hours than honeybees do in my backyard. I definitely don’t want bumble bees to be killed. What else pesticides I can use that is beefriendly and also effective to PC , OFM, and Coding Moth? I was planning on using Sevin and Malathion, how these products affect bee’s life?

This isn’t a revelation. There long has been published research on the topic. https://www.ncbi.nlm.nih.gov/pmc/articles/PMC4284396/ - published in 2014.

Persistence in soils, waterways, and nontarget plants is variable but can be prolonged; for example, the half-lives of neonicotinoids in soils can exceed 1,000 days, so they can accumulate when used repeatedly. Similarly, they can persist in woody plants for periods exceeding 1 year.

The problem is that people just see the headlines and don’t look much further. In the article, they specifically single out imidacloprid.

The calculated half-life of clothianidin in soil varies even more than that of imidacloprid and ranges between 148 and ca. 7,000 days (DeCant 2010)

There are so many variables relating to half-life of pesticides. Much of it relating to UV stability, namely sunlight exposure. Temperature, canopy level, shade, water solubility, soil bound chemical affinity, etc…

Decay of pesticides has been shown to depend on the dose applied. We did not find any studies on this topic for neonicotinoids, but, in the case of fipronil, dissipation was shown to be rapid (24 days) at relatively low dose (56–112 g active ingredient/ha) (Chopra et al. 2011)

Imidacloprid degradation was temperature-dependent in a lab incubation experiment (clay soil). Half-lives decreased from 547 to 153 days and finally to 85 days at incubation temperatures of 5, 15, and 25 °C, respectively (Scorza et al. 2004)

Although these half-life ranges seem very broad, they can be explained to some extent by environmental conditions. Acetamiprid half-life is known to depend strongly on soil conditions, being almost 10 times longer under dry conditions (150.5 and 125.4 days for air-dried soils for 1 and 10 μg/g dosage, respectively) than at field capacity moisture (17.4 and 15.7 days) and submerged conditions (19.2 and 29.8 days) (Gupta and Gajbhiye 2007)

In a colder drier woodland setting with lots of undergrowth where the researcher expresses concern relating to deer (Montana and South Dakota), longer half-life would be expected. Pragmatically, this wouldn’t occur in an open orchard, and be less applicable further south. 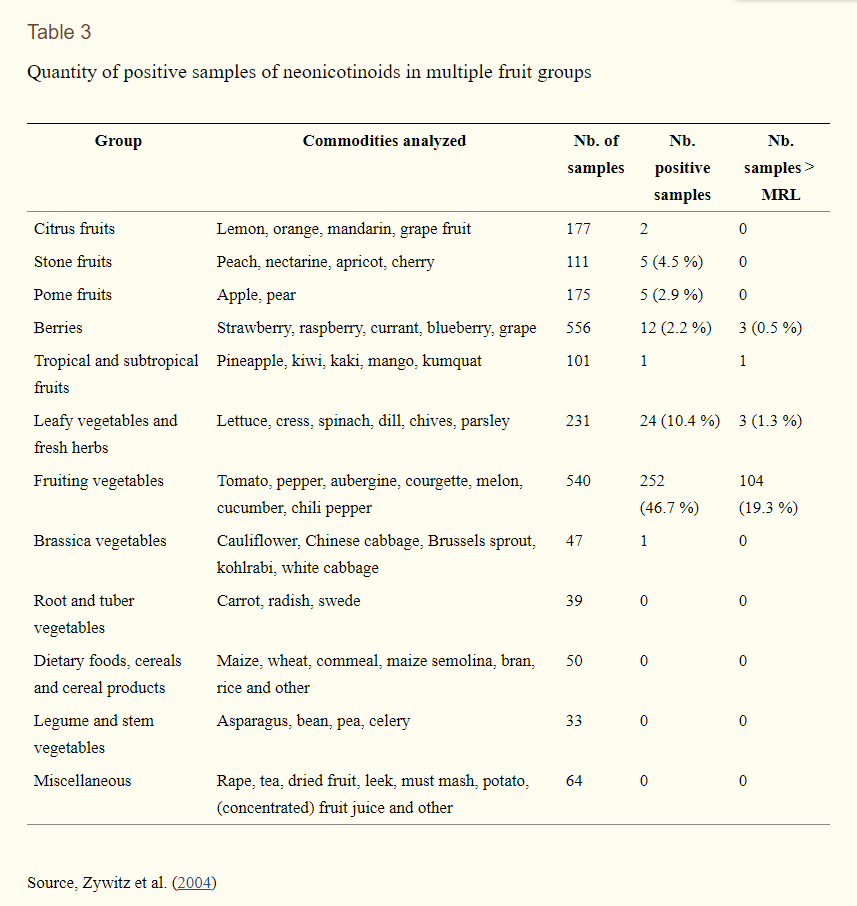 From a practical standpoint, I prefer to use spinosad and permethrin because generally I benefit from not being in an area with high pest pressure. There are others with good reason to need neonicotinoids and can do so responsibility given their location, topography, and application rates.

And given that the researcher in focus within the articlesole research area according to their CV is mountain lions white tailed deer, it’s really not surprising that’s the only focus of the article. But there are researchers who are better versed and specialize in researching pesticides, specifically neonicotinoids who have done more thorough work on the matter.

Thuricide - aka Bacillus thuringiensis will kill two of those (not Plum curculio).
Don’t go overboard. Like all compounds “it’s not the chemical, it’s the concentration.”

“Normal exposure rates do not cause harm to honey bees.”

It’s true that Imidacloprid is old news. My concern is with others that are used in controlling ACP. For example, Dow introduced Flupyradifurone a few years ago.

I know imidacloprid is often used as a long-acting soil drench, which personally disgusts me.

I spray it on just the fruit, as much as I can help it, and don’t get a lot of runoff.

But if it persists longer than other things that could work, my using the spray less often doesn’t help much.

The trouble with longer half-lifes is that the chemical works its way up the food chain.

There aren’t many that are safe to bees and effective on theses pests. However, you don’t need to spray for these pests till the petal fall, when there is not many bees on your trees. You should also make sure there are not wild flowers around your trees when you spray them. Finally, bee activity is usually low in the evenings, so spray your insecticides late evening.

So you’re using it as a contact spray O_o?

The point of choosing neonicotinoids in general is that they act as systemic insecticides. It gets into the plant tissue and then the insect eats some part of plant/tree then dies. Spinosad, pyrethroids, and the myriad of other options are contact killers (not necessarily instantaneous). These all have varying half lives but they don’t really persist beyond a few days. The whole point of neonicotinoids is that you basically spray a few times a year and get season long protection. That’s why it’s such a economical choice in large scale production it’s logistically and economically not possible to spray every few days.

For example, Dow introduced Flupyradifurone a few years ago.

Flupyradifurone is bee safer (than imidacloprid) and it’s a synthetic neonicotinoid derivative if I recall correctly. It’s fairly lethal in a few circumstances, such as when it acts synergistcally with propiconazole.

The trouble with longer half-lifes is that the chemical works its way up the food chain.

Concerning humans or wildlife? Or humans eating wildlife. Because even by Jenkins research, the bio-accumulation amount for imidacloprid in deer, it’s not fatal or harmful. Even the researcher concedes their current data is out of date. If this was put into an academic peer review, he’d be toast. Even if you ate the deer, you wouldn’t be trouble.

Neonicotinoids are also turning up in human food. A 2018 review in Environmental Science and Toxicity found that more than half of the fruits and vegetables served in the U.S. Congress’s cafeteria contained neonicotinoids, albeit at levels the Environmental Protection Agency considers acceptable based on studies in rodents (the EPA’s standard practice for testing pesticide toxicity).

According to David Fischer, director of the environmental safety division at Bayer Crop Science, today’s environmental testing methods are more sensitive—and the levels of the pesticide being detected are not harmful. Lundgren, though, counters that even at low levels, “neonicotinoids are 5,000 to 10,000 times more toxic to honeybees than DDT [dichlorodiphenyltrichloroethane, a pesticide the EPA banned in the 1970s] was.”

Fischer also says the concentrations Jenks and Lundgren used in their experiment are higher than current environmental levels, which Jenks readily acknowledges.

The problem with neonicotinoids is really just bees, pollinators, and other beneficial insects. There are valid concerns about endocrine disruption, but there’s no peer reviewed research that currently supports such vast concern. In fact, there’s much more to worry about with plastics. People were all up in a tizzy about BPA and it’s harmful effects - endocrine disruption. The irony is that this is a fertility/fecundity issue, and many people complaining don’t ever plan to have kids.

Moreover, BPA-free isn’t really any safer. Manufacturers just have switched to BPA-analogs which can be just as if not more disruptive on the endocrine system. My point being - your daily health concerns related to interacting with plastics on probably an hourly basis are definitely vastly more detrimental to whatever seasonal interaction you have with neonicotinoids … unless that is you’re a field worker or pesticide researcher.

My concern is with others that are used in controlling ACP.

ACP… the bane of citrus… can’t grow that here so I guess I can’t relate. That said, the OMRI certified spinosad and pyrethroids kill bees. So it’s not like the alternative is not going to kill bees. It’s just a matter of degrees. They also have huge downsides in the ecosystem. One kills earthworms and the other will kill aquatic life. Hell, if you have cats you’ve basically created a neurotoxic cloud for them outdoors (pyrethroids).

No, not as a contact insecticide exactly, but I figured if I used very little I’d spray right on the fruit and it might still be strong enough to be locally systemic.

It seems to have worked as far as killing PC eggs or larvae and presumably PC when they go for the fruit.

But if it doesn’t take a systemic to save the fruit after it has been hit, I’d rather not use one.

If apply Imidacloprid as root drench, will this still harm the bees too?

I’m not 100% certain, but because of the mode of action of -nicotinoids, you probably are getting locally systemic protection for the fruit and the nearby foliage by way of absorption. Though, I’m not quite sure how much would be absorbed by the fruit itself, probably depends on the fruit and the application rate. That said, I’d take a fair bet that the same application rate applied to the root system would leave less build up in stone fruits. Assuming you are getting locally systemic protection, you’re kind of leaving the door open to say… peach borer, because of course, you’re just protecting the fruit, which I’d kind of feel inclined to recommend peeling…

You can pretty much go wild with Spinosad and even pyrethroids (within the recommended application rates) after fruit development simply because there is no more pollination occurring. You can even go the nuclear option with a full clear out using a synthetic pyrethroid like permethrin once the fruit is fully developed. I feel like that’s a safer alternative (albeit more frequent spraying).

ACP… the bane of citrus… can’t grow that here so I guess I can’t relate. That said, the OMRI certified spinosad and pyrethroids kill bees. So it’s not like the alternative is not going to kill bees.

Neonicotinoids are a required insecticide for commercial citrus fruit or nursery stock.

Ehhh… depends on the application time. In an orchard setting, there is a specific window to apply it to avoid hurting bees because it takes anywhere from a week to a month (ballparking it) to get to distribute into a mature fruit tree. Hence why it’s not recommended to apply pre-bloom or during bloom. It’s gets into tissue, which includes pollen and nectar, which then bees interact with then bring back to hive. They eat. Get a little neurotic, “lurgy”, and or die because it messes with them, etc… etc…

Edit: I should point out the residual is still powerful because it’s a spray and gets into the air. Bees will still interact with the dust/chemical spray even after fruit development in the vicinity, which has been one of the criticisms.

Do you mean standard practice? I can’t imagine USDA requiring a specific class of insecticides. Commercial organic production can’t use it, and I’m assuming they don’t get exception, rather just have to deal with alternative more costly and less economical choices.

You can pretty much go wild with Spinosad

I have a certified applicator license and study labels. The limits for 11.6% Spinosad on citrus are 5 applications per year at least 6 days apart at a dosage of 8 fl.oz. per 100 gallons applied at a rate of 10 gallons per acre.

Citrus is among those permitted the most frequent application of Spinosad. Pomegranate is permitted only 2 per year.

Well i did say “within the recommended application rates”.

That application is far more generous than what a neonicotinoids allows for production.

If I remember correctly in commercial organic production, when facing high disease and pest pressure, you can apply for an additional applications approval beyond the recommended frequency and still retain organic certification.