The hunt for seedling pears

One nice benefit to growing many pears is that seedling pears will come up! Like opening a present I’m excited to see what these will be. Might graft some sticks over to mature trees next year and find out what my latest pears are. 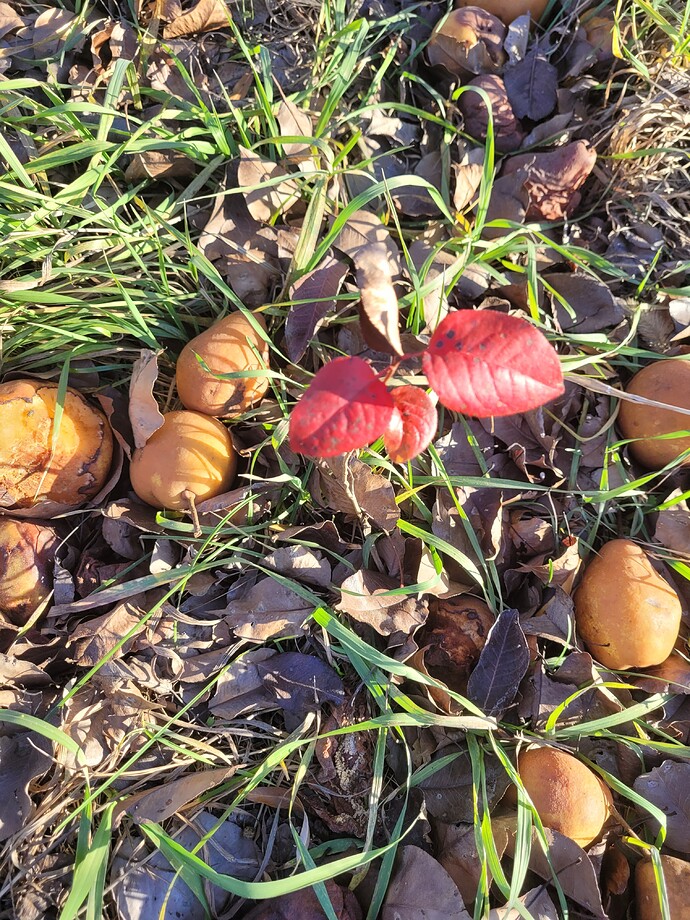 The photo below shows a parent tree 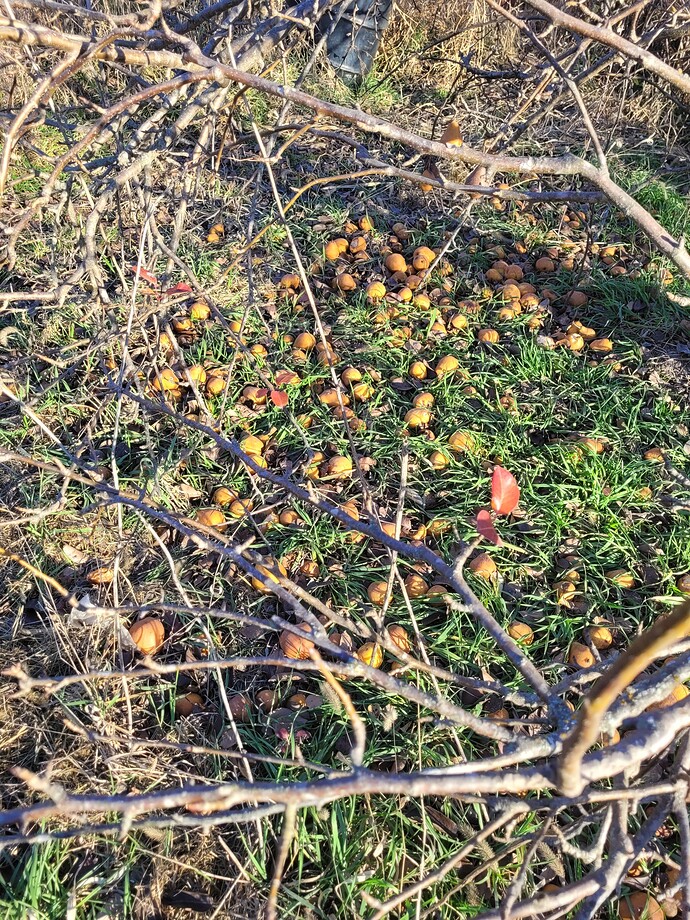 This is a much larger seedling 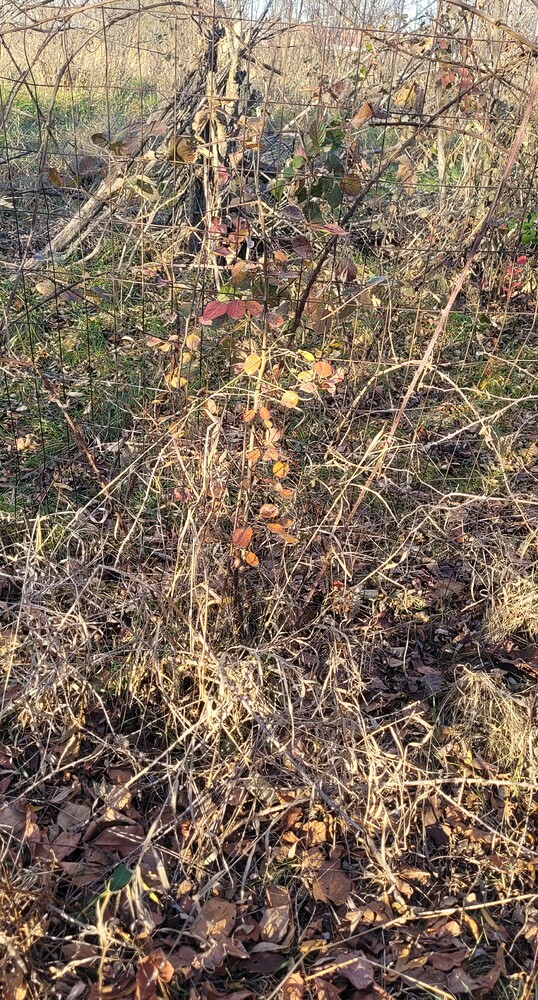 Won’t they take like 10 or more years to produce?
I’m also a little surprised deer have not cleaned up all those pears. They would not have survived one night here.

Deer would get cleaned up by the Coyotes if they tried it. Everything here is in balance. There are plenty of pears for animals to eat. Deer are also apprehensive of people and there are more around. Keep In mind this is still far enough out that deer do not have the same safety as they have in most places.

We all use a method I should mention to find out much faster what a seedling pear is like. If you cut a couple of sticks off the new seedlings and graft those to an older tree you can produce new pears in just 2 or 3 years instead of much longer.

Do you have any extra coyotes you can send me? My question was based in a different direction. I was trying to get an idea of how long euros would take on seedling or callery. I was thinking about grabbing a few of the millions of calleries to practice grafting on.

OHxF 87 is standard rootstock and will have the fire blight resistance. Most sellers I have seen either use OHxF 87 or 333. Both of resistant of decline and both are fireblight resistant with 333 being resistant to wooly aphid but having less production. I wonder how much of 333 production is lost because it is a smaller tree than 87 which is a standard size tree. 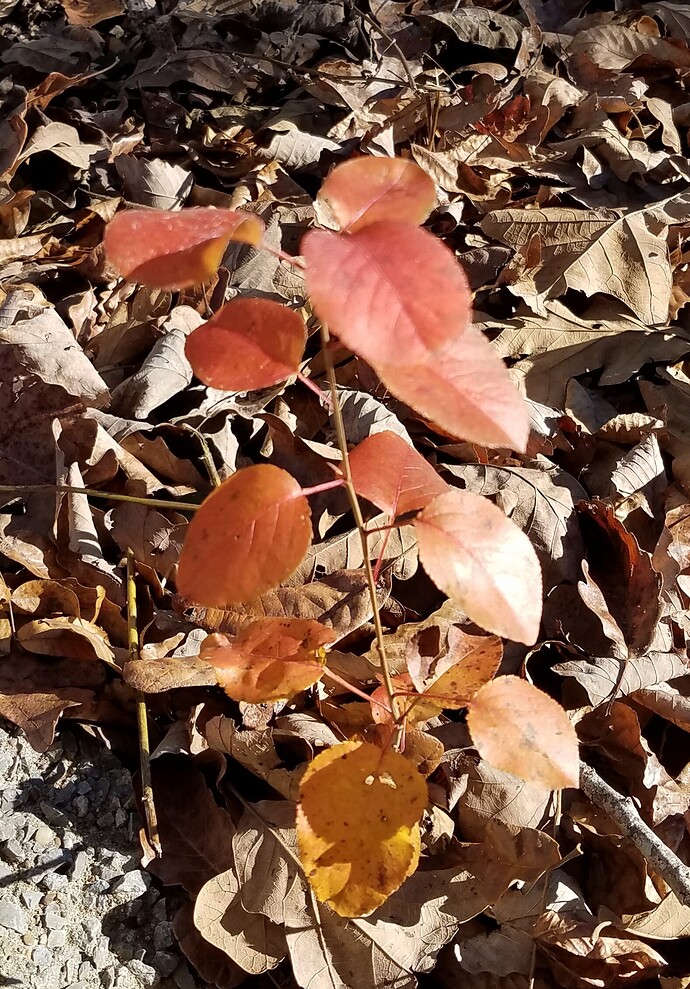 If I used these for root stock… any idea if they might have fire blight resistance ?

I have tried 5 or 6 different pear varieties here over the years… and all died of FB.

I suspect that it may have been my own large Bradford pear… just upwind of my orchard that was the source of the FB ???

Do Bradford pears carry FB but are resistant to it themselves ?

I’m surprised to see that ‘The Book of Pears The Definitive History & Guide to Over 500 Varieties’ has no mention of Douglas.

Yes that’s the size of it most seedling callery rootstock don’t get fireblight. Rarely one does but genetically most are immune or resistant. Many say they live 20 years , get fireblight, have weak limbs, and other things none of which are true of the wild seedlings. A true Bradford does carry fireblight and have other issues. They are a beautiful tree which has made them so popular.
You can graft your Bradford over .

Yes Douglas is highly resistant to fireblight like its parents Kieffer and Duchess D’ Angoulme.

I plan to graft on keiffer and orient… Auburn just south of me says they both do well there. There are lots of old home sites in my county with keiffer pears that have been thriving and producing well for ages. I will collect some scionwood from a especially nice one that I know of.

@clarkinks … on grafting over my bradford…

Considered that… someone else mentioned that here a while back.

But it is planted very near my home on the north side. Pears… as you know… can be a bit messy with lots of fruit drop that attracts lots of bees hornets wasp yellowjackets… and other critters.

So this Bradford is going… a straight line wind storm broke half of the top out already… so now it does not look so good. I will find something else nice to replace I with.

Top work that to something delicious like Harrow sweet or Warren they would never get a chance to drop literally. You would have pears in 2 years. Warren produces very sparsely. Think in terms of 1 pear every 2 or 3 feet. Kieffer is a heavy producer and you would have drops all over! By the way wild callery look like this limb growing out of the base of this pear I grafted over. We have two choices 1. graft low so that doesn’t happen 2. Occasionally trim off growth like that from the base until the pear gets older and that stops happening. Someone will ask why I graft higher sometimes 4 feet or more up and that’s because my cotton tails hate callery. The voles hate the taste of callery. They take a bite they stop and move on. That undergrowth can be a hassle. The growth looks bad and like this tree the growth can easily out grow your central leader. At this stage of a trees growth I will prune off more than I leave on this winter. I want 1 central leader so there is lots of wasted energy there in growth. Seldom do i prune pears in the summer as that encourages diseases. 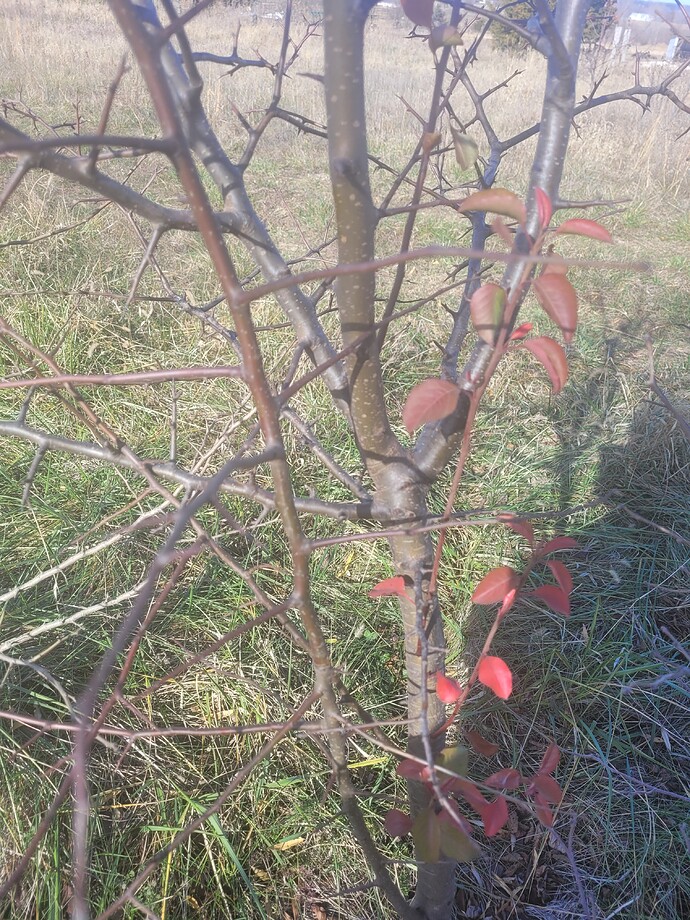 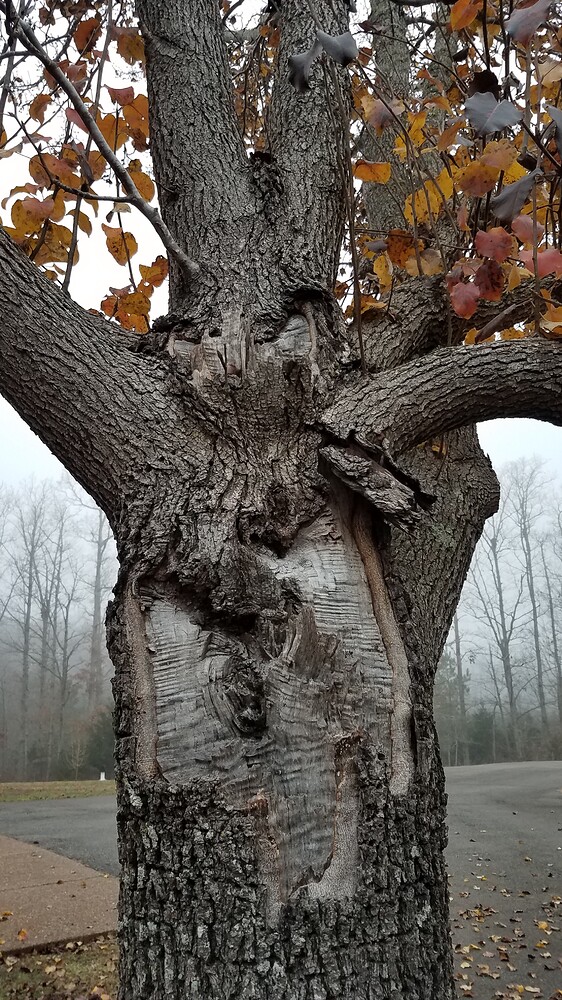 It has a huge wound down below the remaining branches…

In two years someone else will own my current home… we are building a new home and downsizing a bit for retirement years on property that we own… just up the road a bit.

Yes. I could top work that and hopefully get some nice fruit in a couple years… but considering we will be selling in a year or so… and the ugliness and location of that wound… think I will be better off just taking it out and replace it with something that looks nice.

I have a picture of my (then 4 yr old daughter) and myself planting that tree in 2001.

Very good explanation that makes good sense to me now I would do the same as you.