Paying a visit to one of my childhood recreation spots: chestnut tree at Snow-Line Orchard in Oak Glen CA. 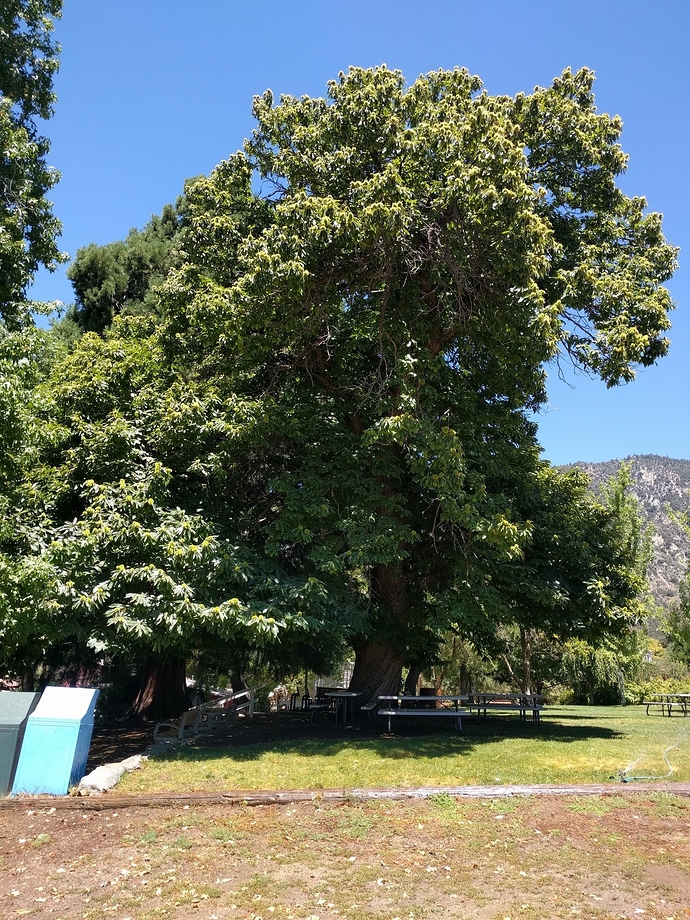 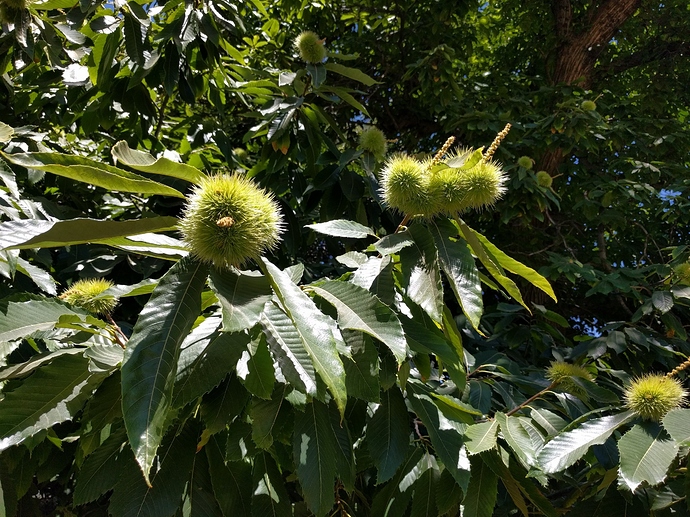 Wow that is a huge chestnut!

Have you ever eaten the chestnuts?

Have you ever eaten the chestnuts?

Oh yes – '62 through '77. I just might have to make a pilgrimage later this summer to try them again. It’s about a 20 minute drive from my in-laws house in Highland CA. Just sent off an email to find out when they might be harvesting. If I do go, a picture report will be here. Thank you for the nudge.

Excuse my ignorance, what species is that chestnut tree?

Thank you for posting.

I would have assumed Chiense since Chestnut is not native to the west coast. But from the images Richard took. It really looks like it might be American. If so if should be reported. A west coast transplant that escaped the blight might be helpful.

Leaves Top View American Leaf (left): Leaf is long in relation to its width Large, prominent teeth on edge; bristle at the end of each tooth curves inward Base of leaf blade tapers sharply Leaf is very thin and papery Chinese Leaf (right): Leaf is...

It’s definitely not Chinese. It’s probably European. Most west coast residents who planted chestnuts trees 100 or more years ago planted European trees for larger nuts and there are thousands of them on the west coast… Still there are a fair number of American trees on the west coast also but there’s just nothing special about them. None of them are going to be resistant to blight. This old planting in the mountains between Santa Cruz and San Jose has both American and European trees - http://www.skylinechestnuts.com/

Today we returned to Snow-Line Orchards in Oak Glen CA to visit the old chestnut tree and partake in the Fall festivities. This year the crop from the chestnut is coming very late, with maybe 2 dozen chests on the ground and the rest still in the tree. I did find a few chests on the ground but they appeared to have been already raided by squirrels. Included in the photos below are pictures of the stem-end of a chest and also reversed to the open side. This place is also famous for apple-cider flavored mini-donuts during the fall season. 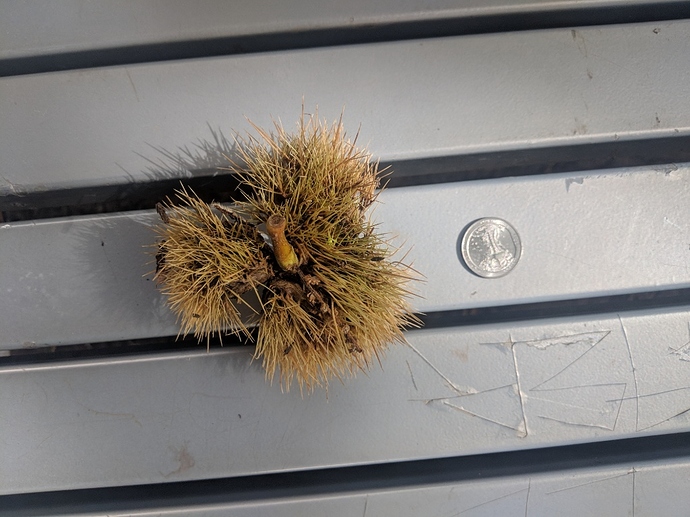 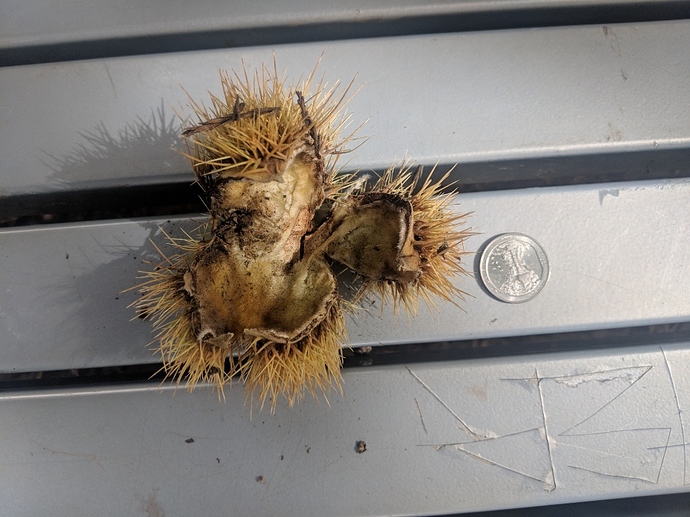 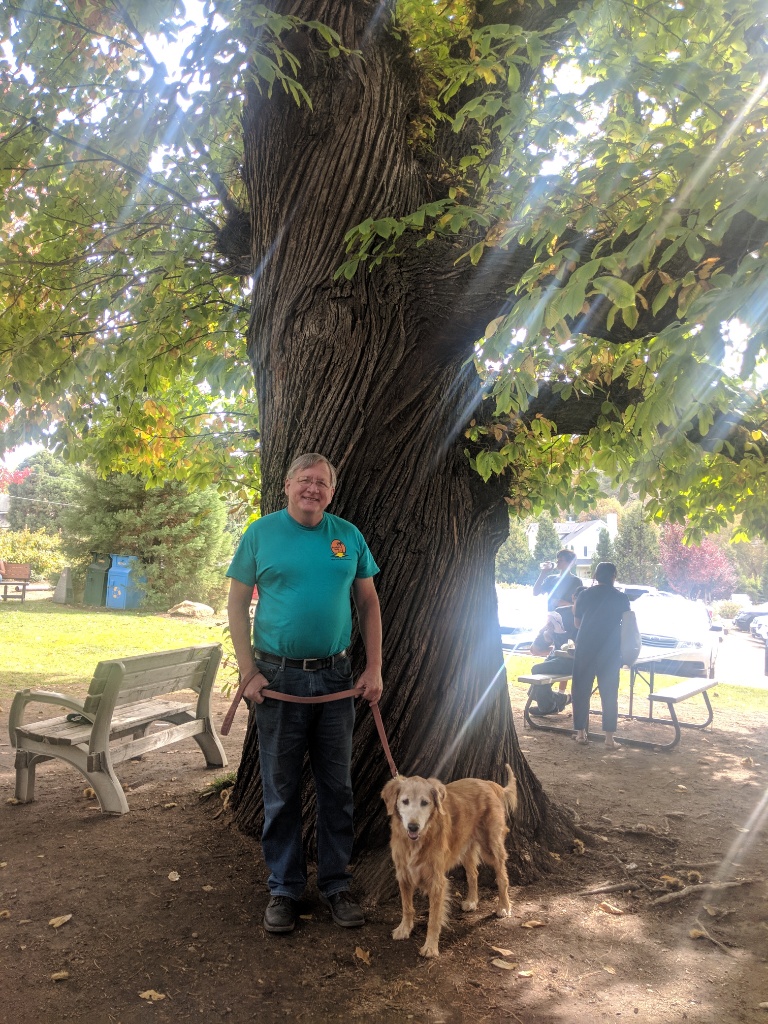 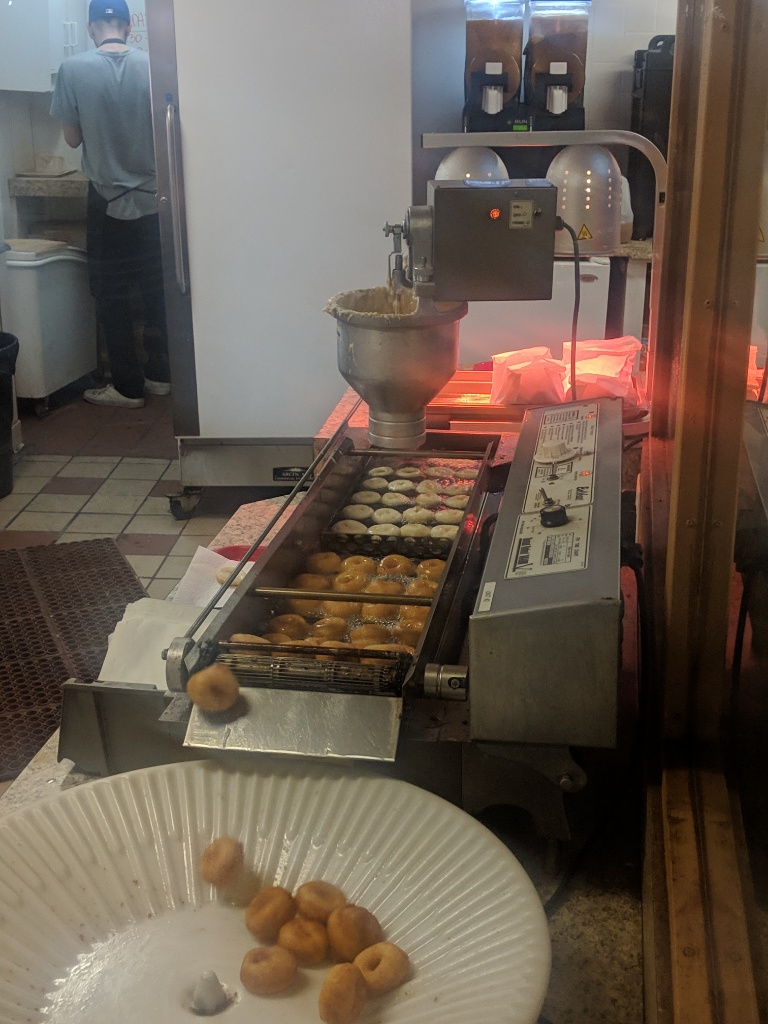 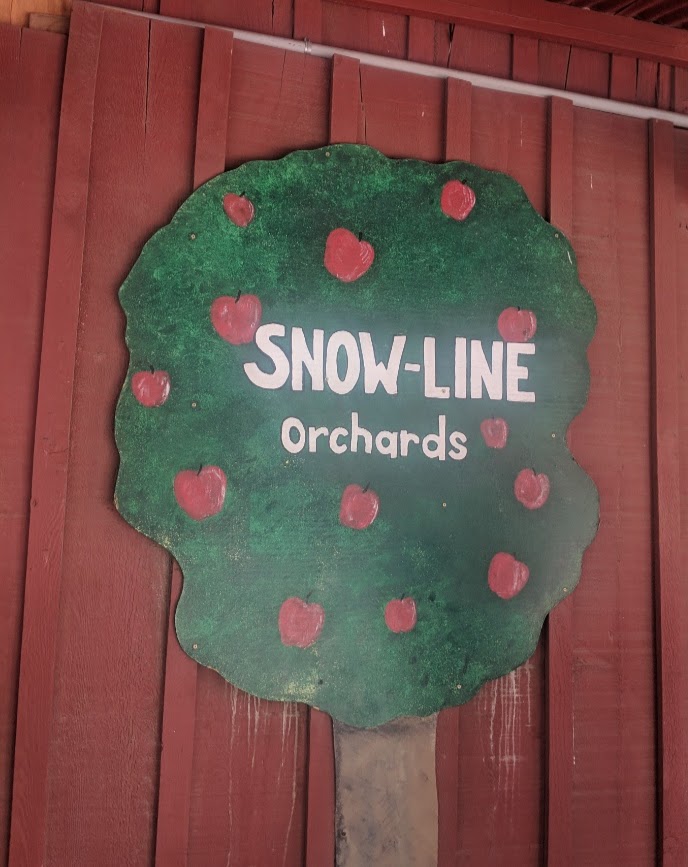 @castanea sent me several chestnut seed varieties last year. I had great germination rates, and they grew well over the summer. They won’t get near the size of that tree as they are Chinese varieties, but I can’t wait to see what they do over the years.