Thinning pears - if at all then how?

As @alan mentioned in another post, this year looks like a bumper crop in New York probably because we had none last year.

On top of that, practically all of my pears ( most being in their 4th-5th leaf) have decided that this year they were going to finally put on fruit. So I have clusters all over them.

You know what they say about “being careful of what you wish for” , well…

So the question is. HOW DO YOU THIN PEARS?. OR DO YOU? I’ve seen photos like the one below and read articles that say that Euro pears don’t need to be thinned. Some say that they should be thinned.

Apparently they are definitely thinned differently than apples or peaches/nectarines. 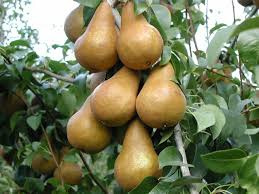 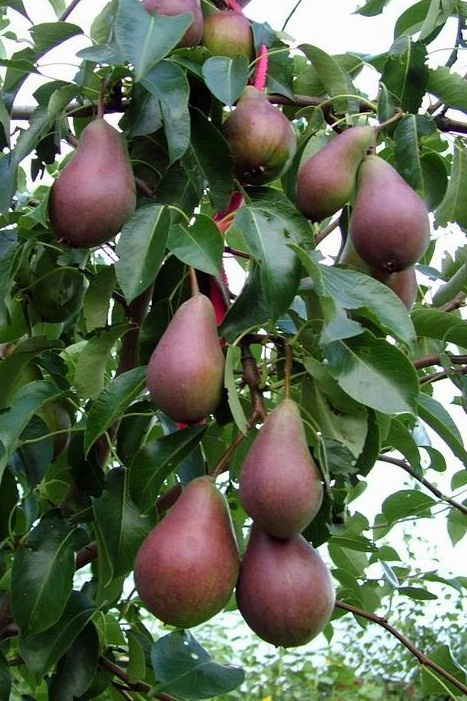 I thin pears a lot, but commercial growers sometimes don’t do enough because it all has to be done by hand. Same deal as other fruit- large pears should be thinned to at least 8" apart or about 30 leaver per fruit.

I think in the West they must thin Seckels because the ones from Oregon, or wherever, are as big as mine. Here, I’ve seen commercial growers selling tiny Seckels, but it is a pear that can over-crop and still get high sugar. There is nevertheless a drop in quality.

Since my aim is for quality over quantity I will be a happy thinner. (I’d also be happy if I could figure out how to become a thinner thinner in addition to being a happy thinner

You will get thinner this season. Eating fruit helps people lose weight, Honest. Also, you can think with arm weights.

@MES111, You’re in NY and have those grown pears? My pear trees on Long Island NY are still blooming with partial pedal fall.

No. Mine are at tight cluster. Those are internet photos showing how “unthinned” the pears look in comparison to apples.

So you mean its not just …

“PUT THEM IN THE GROUND AND FILL OUT THE BANK DEPOSIT SLIP?”

Hmmm… I might have to re-think my “business” plan.

Lol if you do nothing small pears taste the same as big ones.

No. Mine are at tight cluster. Those are internet photos showing how “unthinned” the pears look in comparison to apples.

I read your post too fast. I should have understood that.