Anyone have opinions on Thornx pruners? My old pare of blue handled pruners in the picture have been pretty good. The red handled pruners are the new ones I got. What are you using and do you like them? I’ve tried cheaper pruners and wound up disappointed. Seems to me like pruners are something worth the money. 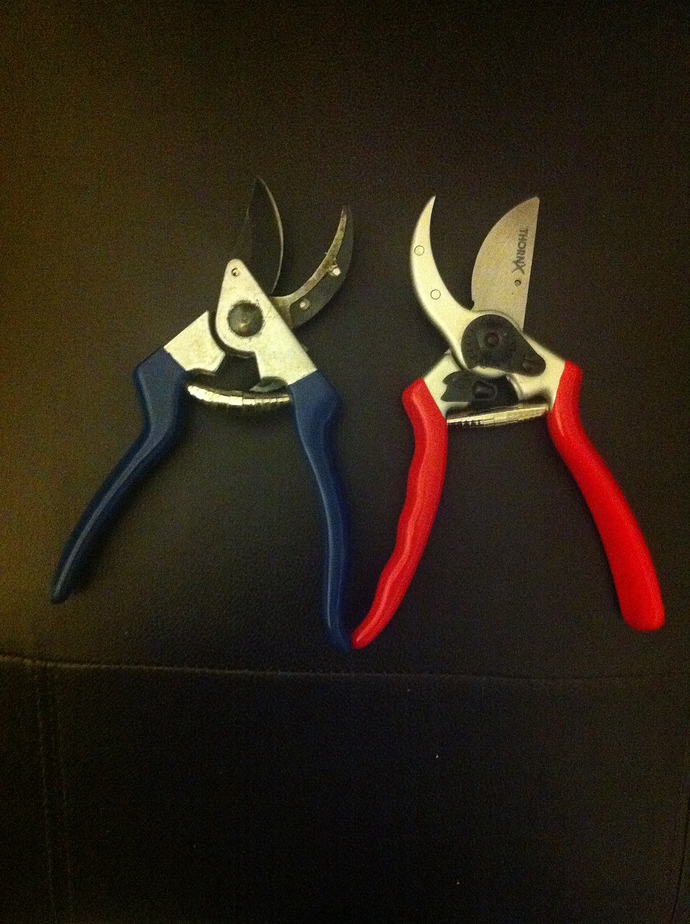 They look really sturdy and sharp. May I please ask how much they cost? thanks!

Thank so much! I have lived with Felco’s for years. I take care of my tools but they still rust. I change blades the whole deal. These look great!.

They look like a Taiwan copy of Felco. If they last as long they will be a great deal but hard to say from the description.

Scott,
I checked them out as good as possible and they have very high reviews over a good amount of time. They are based out of Newport Coast in California http://thornx.com/ .

I was told to put vegetable oil on the blade after I clean my Felco. It will prevent rusting. I’ve done it and Iit seems to work.

Maybe someone would tell me this was wrong

I oil blades after I use them - pruners, saws, whatever. I’m the only one at my place who does, though.

What kind of oil do you use? I swear my Felco prune has not developed any more rust after I started applying veg oil on it.

Oiling blades is fine. I prefer to use ARS pruners which are the ones to compare to all others not Felco. The blades are far superior. I’m sure you have read what Alan has said about them.
To clean and lubricate my blade I use ARS cleaner. it removes all sap, they look brand new after a year’s use.Really they look like I just took them out of the package, an amazing product. No rusting at all, zero. No sap discoloring metal, and tools that are badly sapped up they look a heck of a lot better after cleaning.
http://www.amazon.com/gp/product/B002SWRP88?psc=1&redirect=true&ref_=ox_sc_sfl_title_3&smid=A2KWDTIENSFGOH

I use vegetable oil on them if I’m in the kitchen. When I’m in the garage, I use the nozzle topped lightweight oil that lubricates my nail guns. It’s a matter of whatever is most convenient at the time.

See this thread for more info.

Yeah, I like the ARS VS series which has been discontinued supposedly but is still available. They come in three sizes, so even those with small hands can get the 7" model and get much better leverage than can be had from an over sized pruner. The blade is made of much harder steel than Felcos so need less frequent sharpening and I prefer how they feel in my hand. I used to get aches in my wrist when I used Felcos but I can prune all day long for six work months in a row and have no issue wit…

Wow, that is a good price! I really love the one hand operation. I can collect scion in one hand and open, close, reopen, with the other hand, so it’s quick and easy.

I don’t have much light to work with right now, but a shot of mine. About a year old, with over 1000 cuts with it. I clean it afterward every time with the ARS cleaner. 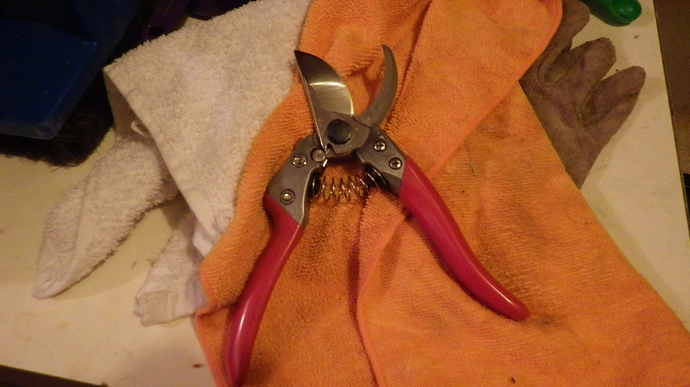 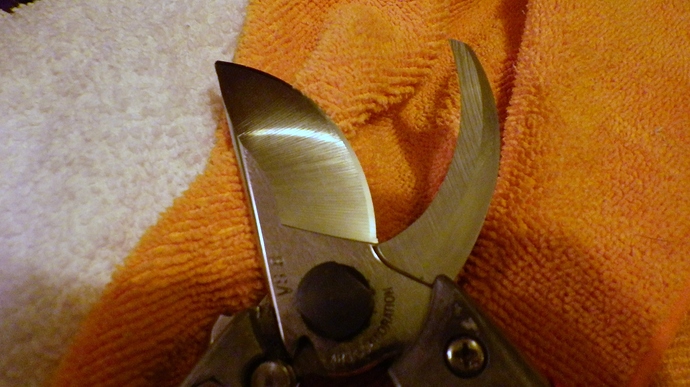 Nothing wrong though with Thornx Pruners, seems like a great buy too!
It’s just personal choice. If you prune a lot the ARS are nice as it takes very little strength to make the cut. I have yet to sharpen mine, blade seems to have a very good edge still. You can see from the close up photo the metal is so hard it has no scratches or anything on it.I bought them last winter, so they have one season of cutting so far.

Drew,
I just ordered some ARS pruners and I will let you know how they do this year. Thornx will be my experimental pruners which appear to be very good quality. Time will tell what the steal is made of. If the ARS perform half as good as you say Drew I don’t mind spending the money.

Yeah compare them, let us know! Using them both for a bit will be interesting to compare.ARS sells a nice sharpening stone. I have a stone, but it is square. Also finding good sharpening stone oil is not easy. Very few places carry it. Amazon has it. And this is the stone.
http://www.amazon.com/ARS-AC-SS240-Stone-Pruning-Tools/dp/B00699F04C/ref=pd_sim_469_1?ie=UTF8&dpID=41TsoBn6tSL&dpSrc=sims&preST=AC_UL160_SR160%2C160&refRID=0CYZWM37R1QSX3E9BM1T

My oldest pruners are excellent quality though I don’t recall what they are. The blue handled ones shown above. I’ve used them for years and want some spares.