Hi there, I’ve fortunately inherited a couple of apple trees in the back garden of the property I’ve moved in to. There’s also another apple tree in a neighbour’s garden which partially overhangs my own. I’d be interested to know which varieties these are. I have no particular knowledge on this subject, so any thoughts would be much appreciated.

I’ve labeled the various apples 1, 2 and 3 on this Google Photos link (you need to click on the photo to see all the photos): 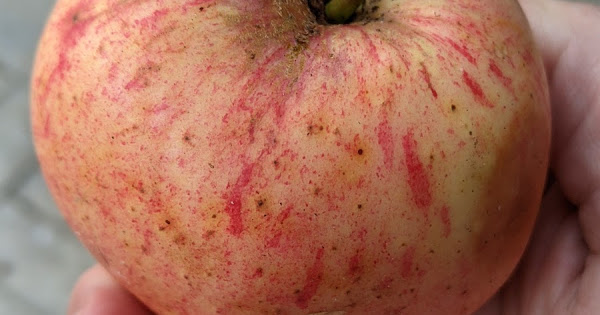 I only see one photo, but most likely it’s a RED DELICIOUS.

I only see one photo with a Costco name and it’s not a red delicious to me. Delicious has five loves on bottom. When I get home I’ll take pic and post my delicious.

New members are only allowed to post one pic per post. It is the system, not admins’s mandate.

Thanks for this. I guess I’ll have to post 3 different posts then! 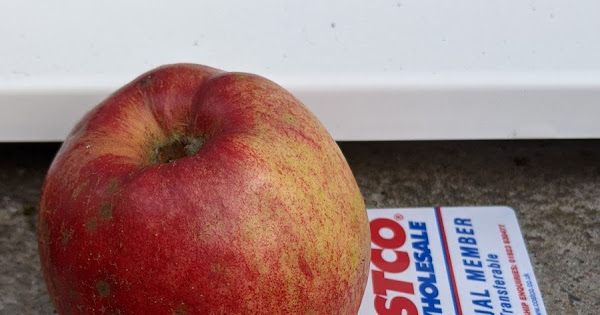 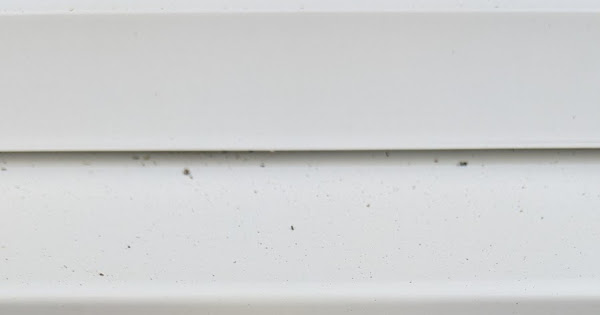 This is the third apple… 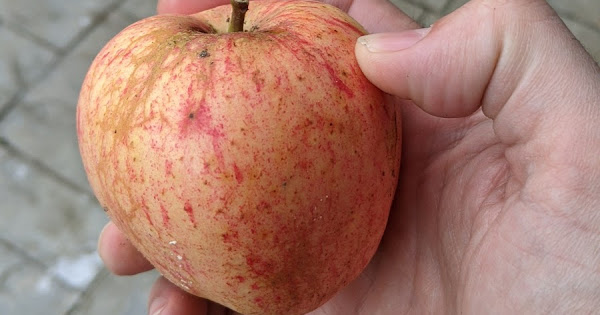 Hi there, thanks - I’ve tried to post 3 pics separately.

Thanks for this - I’ve posted photos of the other apples as separate posts now, so hopefully you’ll see them now.

I found that clicking on Kaveh’s clapboard picture that there is an apple in the shot. But I have nothing to add about the apple!

Hi there, I’ve fortunately inherited a couple of apple trees in the back garden of the property I’ve moved in to. There’s also another apple tree in a neighbour’s garden which partially overhangs my own. I’d be interested to know which varieties these are. I have no particular knowledge on this subject, so any thoughts would be much appreciated.

Are the pictures of apples that are ripe now, or were they taken earlier in the year; if so, when did they ripen? Where are you (generally) located?
Can you ballpark the age of trees–10, 50, 100 years?

Hi there, I took a picture of the apples yesterday. The house was built in 1978, so the trees would have been most likely planted after that. I live in North East Scotland (so generally cool, with some sun and plenty rain). Thanks.

Thanks. That’s helpful. How would you describe their eating quality, e.g., sweet, tart/sharp, bland, aromatic, very firm, softer like a pear, tannic etc.? Do they have any characteristics similar to grocery store apples, e.g., generic sweet and not sharp like a ‘Fuji’, but not crunchy, or very sharp like a ‘Granny Smith’?

The apple marked 1, I’d say is a crunchy bittersharp. The one marked 2, I’m not so sure on, but I’d hazard at bittersweet, although it’s not super sweet. Definitely crunchy. The third one is somewhat sweet, but with a tang to it. Very soft, could probably pulp it with your bare hand! Thanks

bittersharp. The one marked 2, I’m not so sure on, but I’d hazard at bittersweet,

“Bittersharp” and “bittersweet” are terms usually used to describe apples that will be pressed into cider and not eaten out of hand or used to cook with. Are 1 and 2 like that, i.e., so bitter you wonder why anyone would want to eat one as a snack?

Thanks, not so bitter. I.e. apple 1 you could eat, but it wouldn’t be a go-to if you had other options. Acidity is probably it’s overwhelming attribute. Apple 2, is similar but slightly sweeter. I can’t rule out these two being the same variety, it’s just that apple 1 is about three times the size of apple 2, consistently throughout the tree.

It would be hard to purchase trees of apples not sweet from local nursery sources in that era. The first one looks like Red Delicious to me so I have to wonder if the apple is ripe. You didn’t mention your zone. However, unripe RD tends to taste like cardboard more than bitter but if the seeds aren’t brown yet maybe your apples are not ripe.

Going by the fact that you’re in Scotland, I’m going to hazard a guess that the No. 3 apple is James Grieve. While it’s quite acidic earlier in the season, when it is picked for use as a cooker, it mellows out considerably by this time of year, and the flesh is said to be quite soft. It’s a traditional Scots apple and frequently planted as a pollinator in the UK (particularly for Cox’s Orange Pippin, if I remember correctly). Color appears to vary, with the red streaking developing to different degrees, but I’ve seen pictures that look fairly like your apple.

Given that the first apple is very sharp and large, that you’re in the UK, and the likely age of the trees, I’m going to guess that it’s a Bramley, but it might be another English (or Scottish) style cooking apple.

Don’t have a good guess about no. 2. (Still can’t see the picture, among other things.) Maybe a Cox that was not fully ripened? Cox and Bramley with James Grieve as a pollinator would be a likely trio in the UK, but I’ve read that Cox doesn’t ripen particularly well in Scotland.

Other people here know a lot more than I do, but those would be my guesses.

I didn’t realize he’s in Scotland or I wouldn’t have ventured an opinion. I merely checked his membership info that lacked anything about location or zone. I’m not sure if any members have great awareness of Scott varieties. I would try to find some local guidance.