Too late to cut scion branches?

I have an old apple tree that was blown over in a wind storm. The trunk, which was mostly rotted, broke off about 3 feet above the ground (it is not completely broken off – it is still connected on one side). The tree was still producing good apples and currently has many branches with leaves just beginning to sprout. I would like to graft some of the branches to a different, younger and smaller apple tree that produces apples we don’t care for. Is it too late to cut scion branches from the older tree? I have never attempted grafting before, but it doesn’t look too hard to do. Thanks.

One thing about grafting, it doesn’t cost much and if doesn’t work you haven’t lost anything. I would definitely give it a shot. Start where it doesn’t matter, because you’ll get better with practice.

It’s not to late to tbud graft the wood!

Perhaps in your area the buds are not fully actively breaking on parts back from the tips of limbs, get you scions there and try. Also if you trace back from the tip of a one year old shoot or perhaps on a shaded side of the tree you might find some latent or still dormant buds. Try using those.
Also keep the broken tree attached to keep something fresh for later summer budding, and try summer chip bud grafting once you have new buds forming at the leaf axils on this years new growth.
Dennis Kent, wa

If it broke off 3 feet above the ground, then almost certainly it will send up vigorous shoots. Those should make good budwood or scions, and may also can be thinned and trained to grow back into a tree.

Posting a few pictures will get more attention and better advice.

I have attached a photo of the fallen tree. I would have posted more photos, but it is not allowing me to.
Thanks. 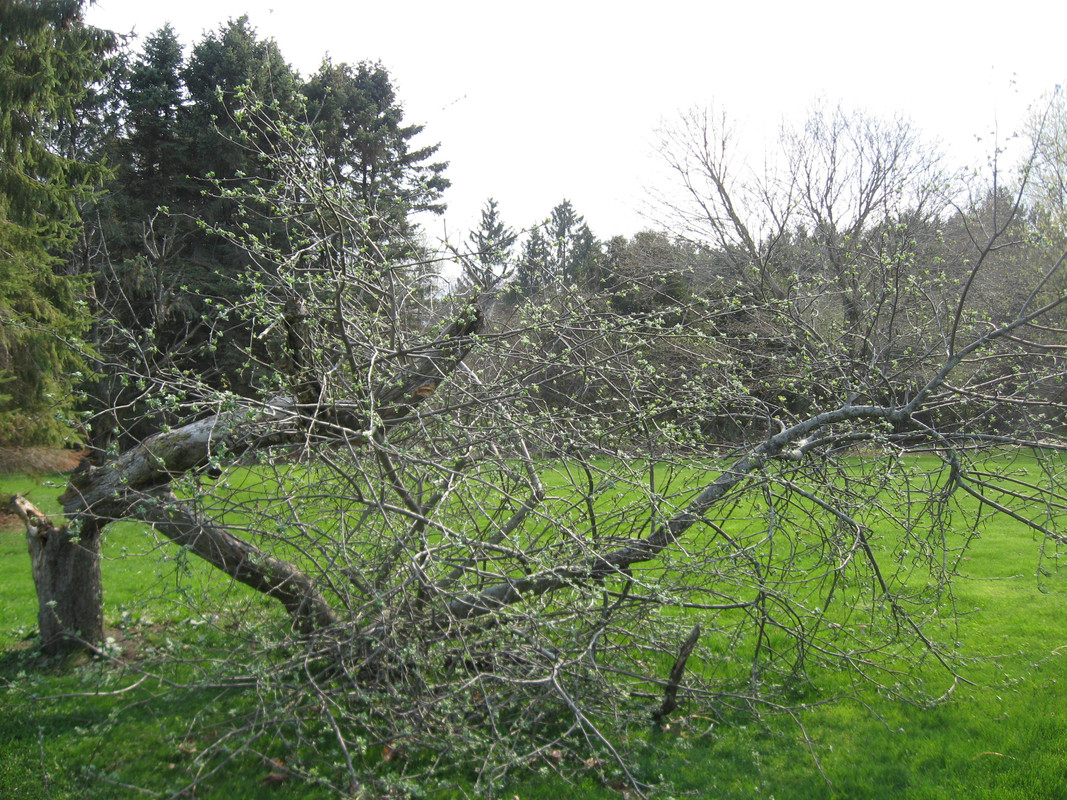 It is early enough in the season that you could stick some cuttings in a pot to root them. Pick off all the side buds but leave the top tuft. A bit of rooting hormone wouldn’t hurt, scuff or score the part that will be below soil level and rub the rooting powder in. Keep them in a cool place and keep the soil damp but not soggy.

I would leave the tree attached to the stump as is for the short term unless you absolutely need to get it cleaned up. Remove a good portion of the canopy to reduce the demand on the small area that is still supplying nutrients and water to the top. Let the top stay alive and see if you get shoots from the base and/or produce you some scion wood or this fall or next spring. If you can find some dormant buds go ahead and give grafting a shot now. Looks like the tree has pretty well broken dormancy at this time. You will need the buds to mature through most of the summer to find latent buds that you can T-bud come late summer. You can try rooting cuttings but that typically doesnt have a high success rate.

I found a section of branch that had broken off part way from one of the main branches, probably during the winter or last fall. It was still connected partly and the branch was getting some nutrients because it was still alive. The smaller branches in that section had some buds (not sure of they were from this year or last), but no leaves. So I took about 7-8 cuttings and grafted them to the other apple tree. The scions I took looked moist where I cut them and definitely still alive. I’m not sure if this caused them to still be dormant or not, but I figured I’d give it a try – if nothing else, it would give me some grafting practice. 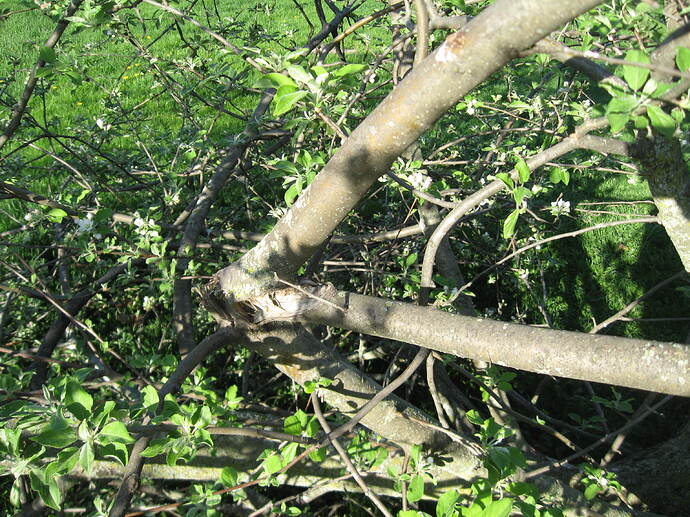