I had the bright idea to transplant okra from one container to another. When I planted these in small containers I put two seeds per container. Some germinated both seeds and I had the thought of not wasting any so I carefully lifted out one and soon discovered that okra roots have a taproot that grows downward very fast. Is it any wonder that they produce well with very little care from the grower? Okra seeds are inexpensive so I won’t try this again. 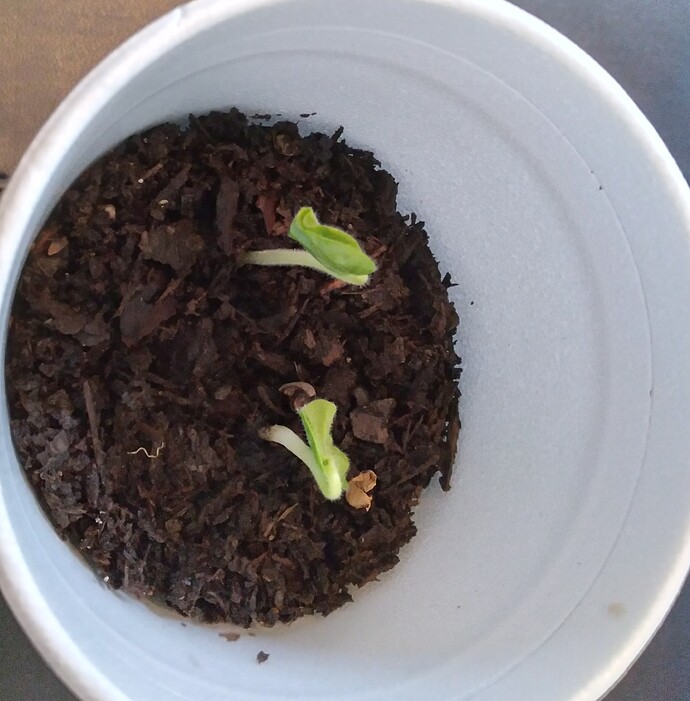 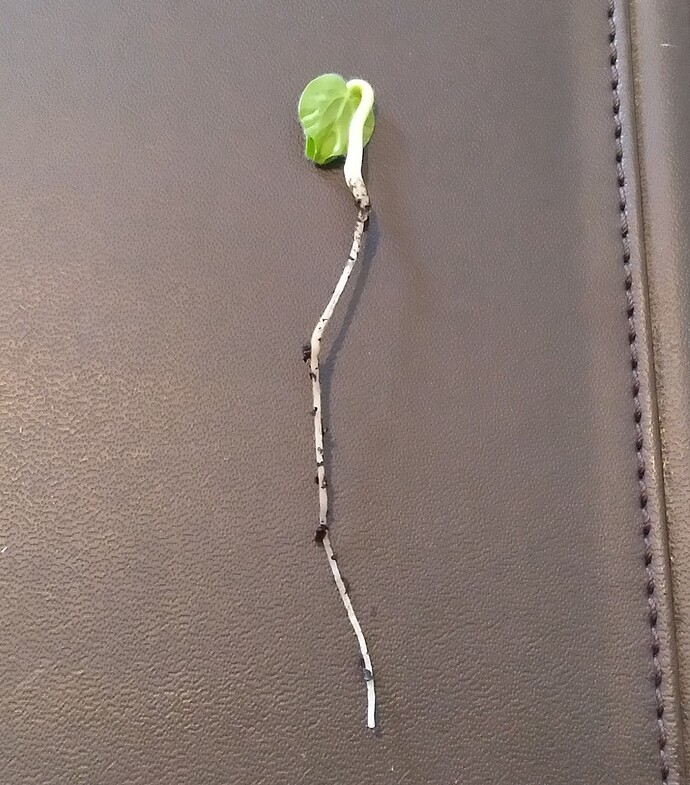 Okra is very difficult for me, for some reason, It seems to do well in NY if you get absolute full sun, but it just isn’t a vigorous producer on my site. Sometimes I put a few plants in big containers and potting mix and it does better. Maybe it’s about the temp of the soil.

I think your right. We have most all the needs met at my place as soon as the soil warms up.

I’ve tried doing this with both tomatoes and peppers and the seedlings always experienced severe transplant shock. Perhaps I’m just not skillful enough. This year I’ve got roughly 2 foot by 1 foot, 72 cell, seed starting trays and I’m just transplanting the whole cell. I’ve already moved some tomatoes and basil and both seem to have experienced very minimal shock. Since the seeds rarely come in packages of less than 25, and I’m only growing 5 or 6 of any particular plant, I usually have excess seed. So, I’m planting extra seeds in each cell, which means every cell is almost guaranteed to have at least 1 germinate, moving the whole cell, and after a few days pruning away the least vigorous extra seedlings.

In Southern TN it will hardly grow late April early May… just sort of hangs in there but with little growth.

Once it truly gets hot 90s… it takes off and grows like crazy. It does very well in the heat of summer and early fall when still mostly above 85 degrees.

Moving growing seedlings, even when roots are entwined doesn’t require much more than patience and submerging the potting soil in water before you begin then begin gently pulling them from the mix and each other keeping everything wet while placing them in new pots or the soil. I actually get extra tomato and pepper plants by planting them in twos in the starter squares and then grabbing the extra by the stem and gently removing it from the soggy mix, like pulling a weed in slow motion. Slows them down about a day’s growth.

Just don’t give them any sun if they are showing signs of shock.

Okra does fine in Kentucky in Summer…does fine in Florida in February…and it can be pulled and replanted but the plants suffer quite a bit of stress. (I’d do it at 3 or 4 inches, not at cotyledon stage).

I direct sow okra in north Georgia and get more than I can eat.

I have direct seeded okra before and by the summer end I was tired of picking and most got hard and went to seed. Good point.

The potting soil used to plant the okra seed was some old that was left outside for a year and is probably void of any meaningful nutrients. My thinking is that I would like the plants to grow slowly for a few weeks until I can plant them outdoors. What type fertilizer would you use or have used? Would you attempt to grow them faster? Thanks 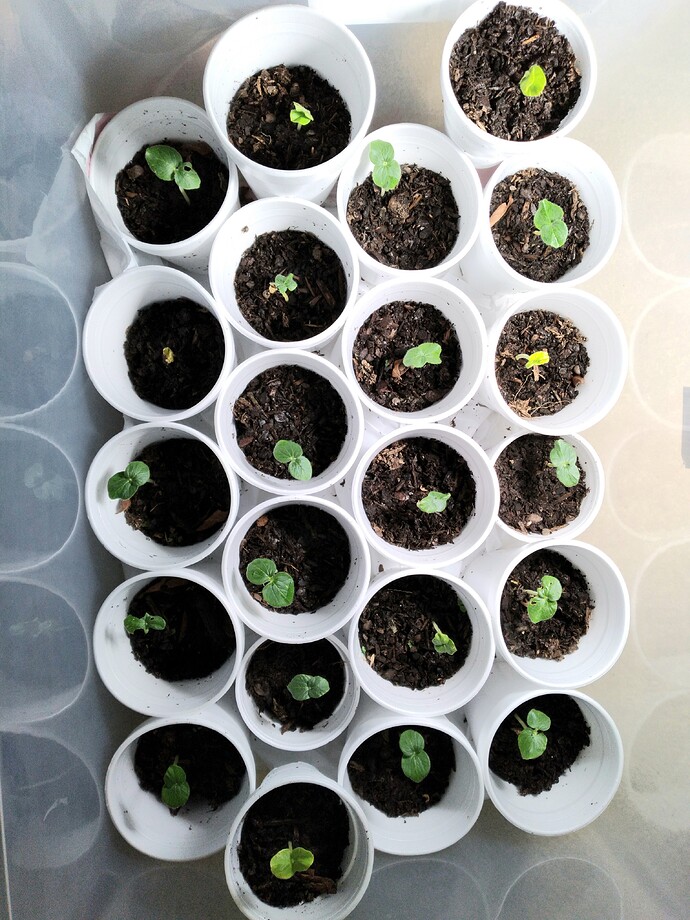 I mix 6 month Osmocote with pro-mix type potting soil based on directions, but you probably should just use something like Miracle Grow that you mix with the water and only lasts a short time using the more dilute rate recommended for every watering. There are a few good brands, but look for one with the full gambit of micro-nutrients. I’m not sure which ratio is best for baby okra, but equal N to others would be fine. The Oz I use is 15-9-6 with micros and works extremely well. I add it to the potting mix and am done until transplanting into the garden. Then I use my own urine and compost until plants reach harvest size. I should say I spread compost on soils surface after planting and then give them diluted urine every other week or so once they begin really growing.

This method makes my veg garden the most productive I have seen in my area, and I’m on many sites with kitchen gardens. I also employ the French intensive gardening method, which is raised wide beds without walls (imitating sold conditions of a small landslide- walls encourage a more compacted soil, I suppose. Probably not important, the main thing is having raised soil to it warms sooner- in my region).

I mix 6 month Osmocote with pro-mix type potting soil based on directions, but you probably should just use something like Miracle Grow that you mix with the water and only lasts a short time using the more dilute rate recommended for every watering.

I will probably go with the Miracle grow. Thanks