Last year I grew Hollywood plum from cuttings. I’m using a few for rootstock, gave one away, and planted one as a tree.

Last winter, I pruned my big vigorous unknown-variety plum tree. I cut some of some of the prunings into 1-foot long sticks to pound into the ground to hold newly placed sidewalk edging in place. I used another one as a post to hold up some deer fencing. 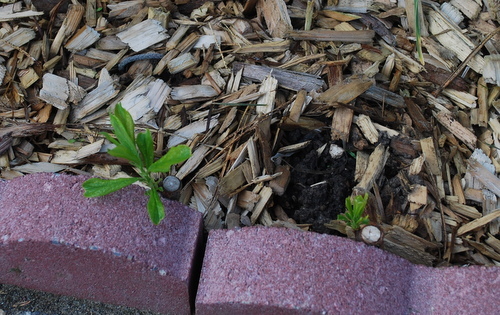 Rabbits ate the one on the right.

About a half dozen of the edging-posts are growing. I don’t know if these will grow for a few inches, then die, or if they are my newest plum trees. It’s interesting how easy it is to grow some types of plants. If they grow, and deer don’t eat them, they might be rootstocks for next year.

There’s something very funny about that.

I thought so too. Last year I also tried growing Shiro plum from cuttings, and zero out of 8 took. 8 out of 8 Hollywood plums took.

Last month when I was grafting, I stuck one of the apple rootstock tops into a flowerpot and left it alone. It’s also growing leaves. Small - mouse ear size. But if they continue to grow, there’s another rootstock I can graft next year.

Are you using rooting hormones? Did you just edit your post because I saw your top sentence do something right in front of my eyes!

I corrected a couple of typos. I’m a bad typer.

No rooting hormone on these. I was using them as posts, not intending to grow them.

Are you sure they rooted? Could just pumping out buds without roots…

It seems if you try to root something it doesn’t want to root but if you don’t try they all root.

Insteng, that’s not far from the truth. I had a similar result using fig tree prunings as row markets.

&, thats true. We will find out as time passes.

So true. Everything I’ve ever rooted was purely a chance “accident”. That’s no joke. I have a Forsythia bush in my yard that grew from trimmings at my old place. I had used the sticks as row markers in our garden. Yes, I’m aware forsythia readily roots, but it rooted upside down. When I moved I brought it along with me and now 4 years later it’s huge.

For just a little stick and that much growth it might be rooting. I cut lots of firewood because I heat with an outdoor stove. When I cut in the fall I will get branches on a three foot log as long as six inches in the spring. They are growing with saved energy in the logs. It is still possible your sticks are in wet soil and the wicking is allowing for bud growth. If they are just sticks for other purposes pull one out and see if there is roots. It will be interesting to find out.

This happened to me too. I’ve been using plum cuttings as stakes for my tomatoes and they’ve all rooted, bloomed, and leafed out. I actually got worried they would start to complete with the tomatoes so I pulled them all out, removed the roots, and stuck them back in.

The unintended plum cuttings are still growing. The big one, had more growth but deer ate a bunch off. I decided I want to keep it, so need to add some protection.

I should have tried it like you did. Most of my cuttings died from mold. I only have three left alive.

How do you like Hollywood plum? Is it fibrous or freestone for you? Tasting notes? Productivity? Disease? Vigor?

The photo of it on DWN’s website is so pretty, I can’t shake it. I understand it’s a cerasifera hybrid. Is it worth including in one’s collection?

Thanks for your thoughts.

I like Hollywood a lot. There are various versions. Mine was from Raintree nursery. I planted it in 2010. It started bearing in 2012 and has been bearing very heavily for the past 3 years. It is less vigorous than some of my plum trees. I suspect that is beacause the dark purple leaves are not as efficient as green leaves. They are clingstone, mostly. The flesh is firmer than Shiro but not as firm as Stanley. Very juicy. Makes a great jam. I don’t know how to describe flavors. It has a purple flavor, much richer but a little less sweet than Shiro. I think the birds stay away from them because the purple leaves confuse them and it’s hard to find the purple plums. Our birds may not be intelligent that way.

They are very popular in my workplace where i give a lot away. 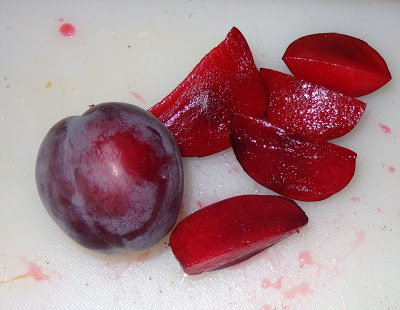 Hollywood is easy to grow from cuttings. These were after 1 season of growth. Some are for rootstock, and some I gave away. I grafted Ember onto Hollywood. The Ember scion grew 8 feet the first year, while next to it the same age Hollywood grew 3 feet. Probably the difference in chlorophyll efficiency. 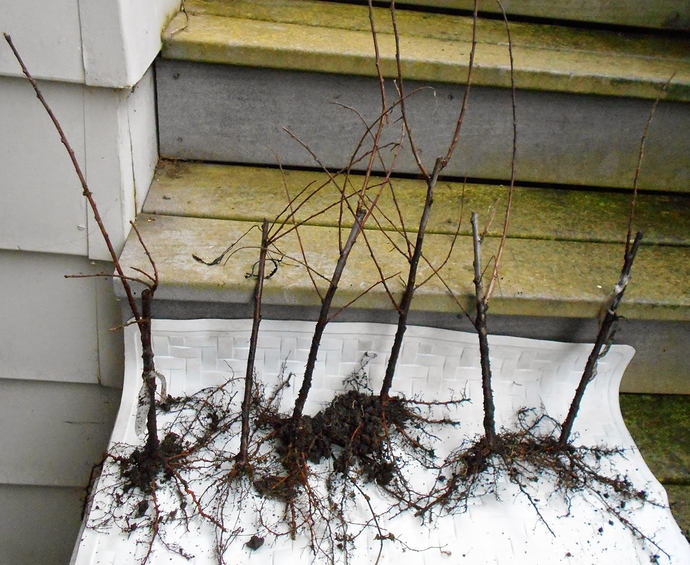 Fruit ripe Aug 14. The plums were smaller than last year because I let them over-set. It sets heavily and needs thinning. The only nearby plum tree is Shiro. I think it is self-pollinating but not sure. 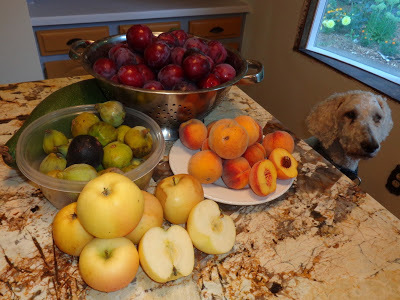 I don’t have a photo in bloom but here is May with developing fruits. 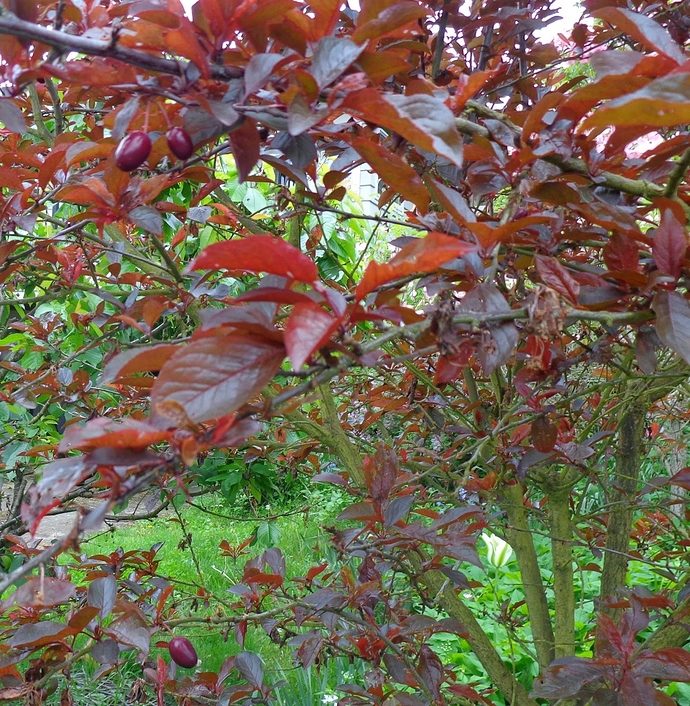 I recommend this tree for here, but I don’t know about other climates.

Awesome. They look nice and juicy. I give your report a thumbs up!

Just came in from taking some cuttings . Going to stick them in later . Some plum in there . You have given me the urge to try this . Some Waneta and I cut up a root stock sucker . Now I need to try to get this Hollywood that roots so easily .

I can’t get over how the insides of those Holywoods glisten in the light. The texture looks like sliced cranberry sauce from a can. They look delicious to me. I may need to try them after all.

How are these plums doing? I am very curious about how big they get on there own roots. I am going try and air layer off a large portion of my shiro branch from my multi graph tree. I plan to begin after harvest. I don’t even know when that will be for shiro plums in NJ.