It’s been an abnormally warm winter so far so I thought I should send out a reminder about cutting scion wood after the cold arrives which is likely January or February this year. The wood keeps much longer if we wait.

I have had to cut scions quite early some years. This year there was a wind storm and I got windthrow twigs the 20th of October…still with leaves. Not recommended, but it does work. I was in the same position last year and have several surviving grafts, plus some I gave away. Some 100 footers are only possible when there has been a storm and then it’s fit to travel shortly afterwards. I think things are more forgiving than we give them credit for, grin.

I think you’re right! Yet, the odds do go down if the scions are too old. And those that have been through 30 below zero as SMSMITH mentions do in fact take longer for the graft to experience bud break vs one that only went through 15 degrees and the scions were collected. (Last year, some real nice folks from SC, AZ and WI and MI sent me scions…believe me, the ones from SC leafed out first. Those poor little buds from Wisconsin were so tight I didn’t think they’d ever break!)

Yah, I hear you

For me, it’s about getting any scions off a tree I covet,
the thing is over 100 feet tall.
While the success rate does go down with long stored scions, one can always freshly cut the end, then stand them up in a glass of water with a ‘glug’ of maple syrup in it…ummmm, 12 hours seems to work, then make the graft. Not fool proof, but helpful.

My apple scions from GRIN arrived December 24th. My fridge has a lot of fruit and veggies in it, so what is the best way to store them? Our garage gets below zero in cold spells and outside it can get -30F. Should I put them in a rodent-proof container and set some straw bales over them outside, or how do you recommend?

If GRIN stores them very cold, they could be already hardened off and outside would be fine.
Do you know how GRIN stores them? They can adapt by about 4 degrees a day, so if the weather forcast is for slow cooling, outside looks even better. I store scions in the fridge, even with lots of vegies etc, but double bag them to keep some of the ethelyne out. Some years I put them in a metal cookie tin with some snow and leave them in the garden shed. Maybe some one else will comment too, because I suspect there are lots of ways that work, depending on your location and previous hardening off of the scions. If they are at room temperature for a while, they lose hardening and have to start over, that same 4 degrees a day bit.

These scions were taken Nov 5th with leaves still on them. I cut off the leaves, leaving the petioles, and wrapped them in damp paper towel, then bagged them. They sat in the main part of the fridge, with lots of fruit and vegies, but with a hungry family opening the door a lot ( which lets in fresh air). They were grafted Feb and March, as the potted trees woke up. Some others sat in the fridge till May 16th, and were grafted outside.
Lots of them grew. You would get MORE to take if the scions could be taken later, but over half grow even if taken way too soon. 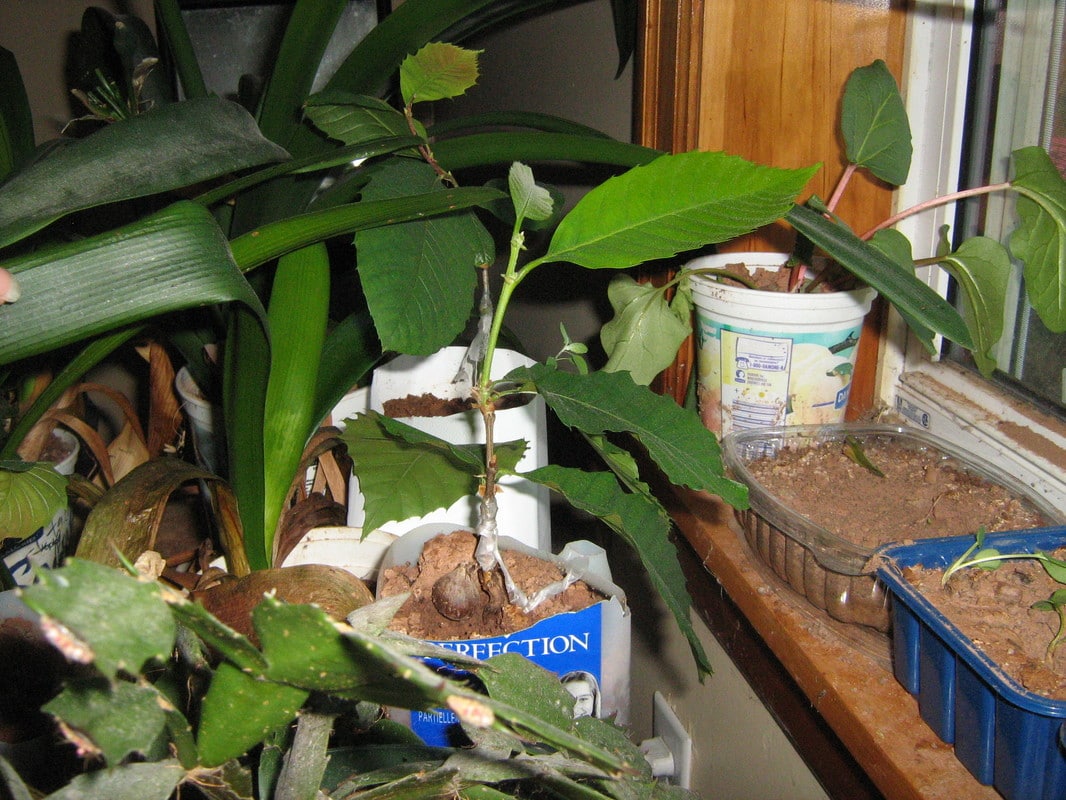 Here’s another, from frozen scions. 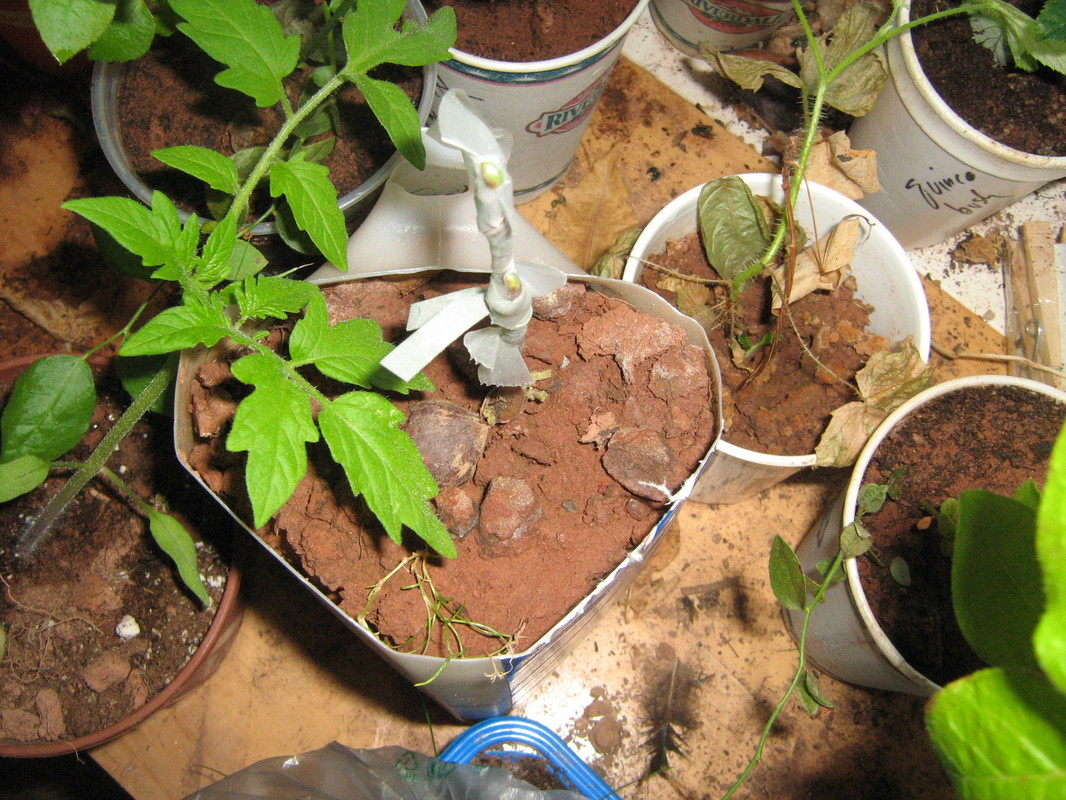 I cut armloads of apple scionwood late December fully leafed and spend days stripping the leaves off and cutting them to length. They get bundled and bagged in poly bags with some water spritzed in and refrigerated in a dedicated refrigerator at 34-35 degrees F. Rootstocks arrive from Oregon around the end of January, so the scionwood ends up being refrigerated about 3-4 weeks before the first grafting occurs. My last grafts are around the end of April, by that time the low chill varieties Anna, Dorsett Golden, and Shell of Alabama have sprouted in the refrigerator and must be thrown out. I’ve grafted through May occasionally, viability reduces to around 60-70% by then. 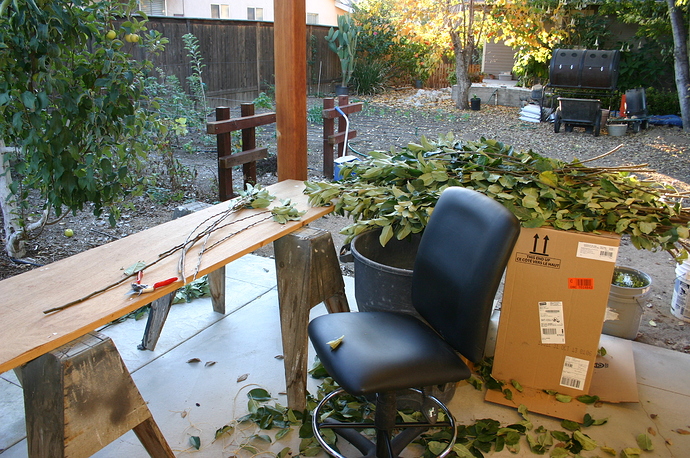 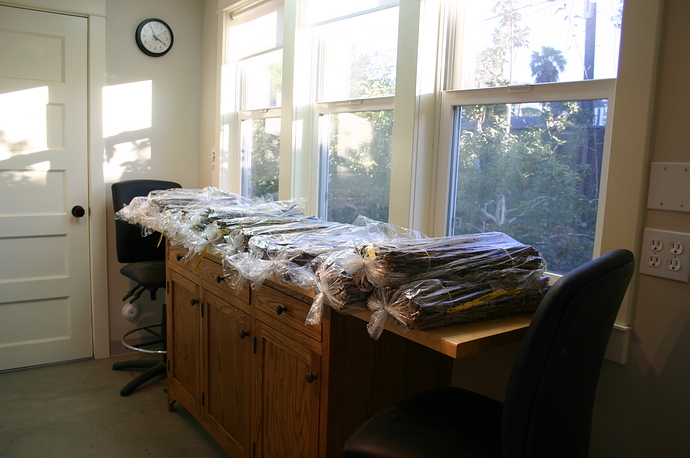 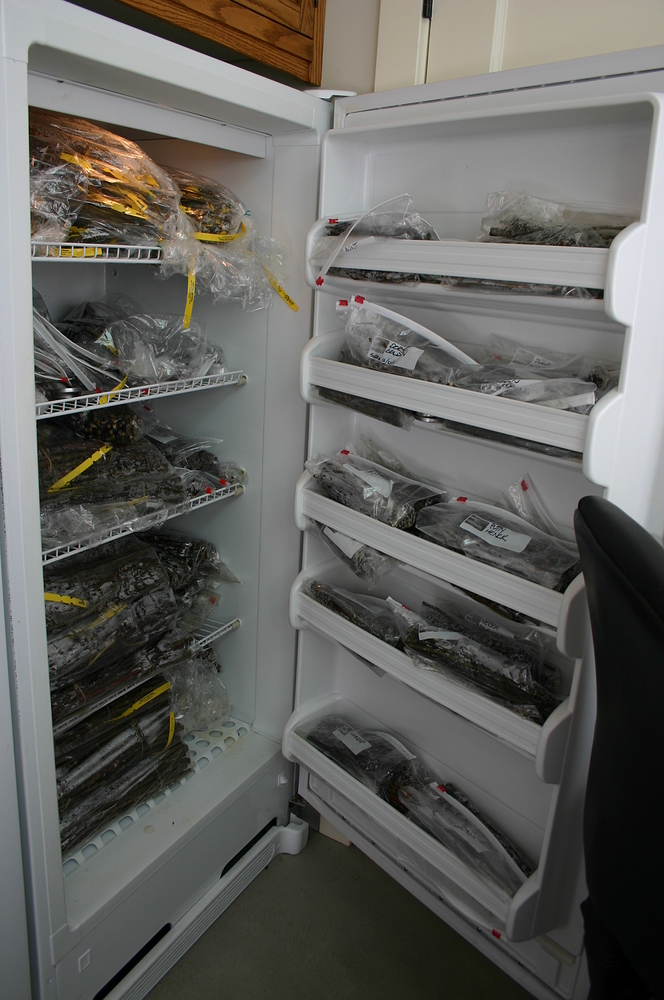 Scionwood%2031360×2048 437 KB
I asked the USDA Geneva facility how they store scionwood short term, and they said they freeze them solid in sawdust. I tried that and got a lot of killed buds, especially on the low-chill varieties that never really go dormant. I suspect that if we had lots of cold weather before freezing them it would work out better, our weather could hit 80 degrees still in December so it’s quite a shock. 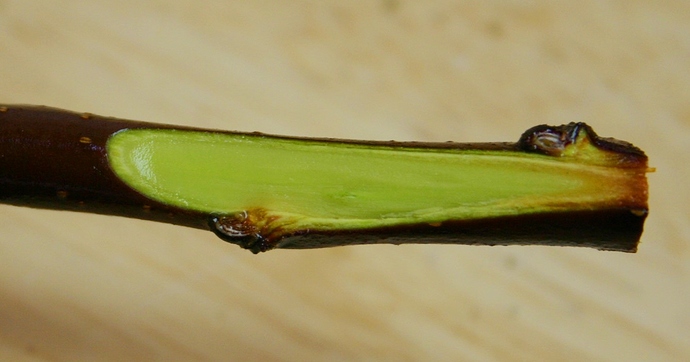 Yes, the weather before cutting scions matters a lot. Here, by Nov1st, we have had several nights of minus 5 (degrees C) Myself, I don’t work with low chill stuff, mainly chestnut.
I would love a dedicated fridge, grin, but not in the cards right now.
It sure is fun to play though.

My zone 4b climate thus far this winter season have yet to be in that -20 to -25 degrees range but, we still have the entire months of January and February to come yet.

Well, we average a low of zero to minus 5 for the winter where I’m at…we might have seen 18 or 19 one night in November so far. But our first 10 days of January aren’t calling for lower than 32 at night.
For a moment yesterday I thought I saw trees blooming…but it was abundant crop of seeds hanging onto boxelder from last spring.

If it’s into the 40’s I’m thinking next weekend I’ll do a little cutting. Today I’m going to mortar some stones…in a 2 day window when it’s not raining.

It’s been the same here coldest day so far it was -2 in middle of December it’s just like what my wife said that the Farmers Almanac said this winter was going to be like.

Would this be a good time of year to put scions in potting soil and let them root? In the house? In the garage?