Can anyone recommend an excellent quality hand saw for limbs up to 12" in diameter? This isn’t actually a real fruit question, but I was hoping someone here would be able to help me based on similar fruit tree experience. I have a couple large trees that are threatening outbuildings and I want to cut some large limbs out. My brother is big into rock climbing, so he has gear he can secure me with, but I wouldn’t want to use a chainsaw while up in a tree, so that’s why I’m looking for an excellent hand saw that will cut very efficiently. Thanks for any recommendations.
-Eric

I just used a bow saw the other day to cut some thick plum limbs. I think its a Fiskars. I also have a couple of those folding hand saws…which work fine for thinner stuff…but might take all day on a thick limb.

We are also in the market for a very long pole saw/chain saw, and a long pole lopper. I want a commercial grade product, I don’t mind making the investment. Hoping Alan, Olpea or our other nurserymen/orchard managers/commercial growers can recommend some well-made, durable tools we can invest it.

I posted a similar question several months ago, and everyone recommended
the Gomboy series from Japan. They make a wide variety of saws and there are numerous Youtube videos about them. I purchased the Silky Gomboy 240, which is a folding saw and I like it very much. You’ll probably would want a larger model. I bought mine on Amazon, and it was only about $30.
Ray

I have two Silky saws. A Zubat 300 handsaw and a Hayauchi pole saw. Pricey but awesome cutting power. The two best tools I’ve bought for pruning. But to cut a 12 inch limb I’d go with a chainsaw.

I’ve always gone with a chainsaw for larger cuts in the past, but I’ve never used a chainsaw while up in a tree before, and I’ve never climbed as high as I’m wanting to go in these trees (which I’m only going to do because I’ll be secured with climbing gear.) I think I’ll limit my chainsaw to when my feet are firmly planted on the ground (or in the bed of a pick-up…); a hand saw seems to make sense for climbing.

I have two Silky saws. A Zubat 300 handsaw and a Hayauchi pole saw.
Pricey but awesome cutting power. The two best tools I’ve bought for
pruning. But to cut a 12 inch limb I’d go with a chainsaw.

Grey, thanks. That’s what we’re looking for. If we need to make big cuts (like a 12" cut), we’d hire a bonded and insured tree person. Not climbing up there, as the trees we’re looking to trim are too soft. Even though my husband is a world-class rock climber/mountaineer/ice climber. He said he’d feel safer on the face of El Cap or on an ice climb, than in these particular tree, lol!! Appreciate the info.

Auburn, and suggestions on a high-quality commercial grade pole chain saw? I want to invest in one, along with a pole hand saw.

In my case I’m looking at some limbs approximately 50’ up, so well outside the range of a pole saw. (I don’t have a pole saw yet, though, and that would have a lot of other applications, so that’s interesting, too.) Something like the Silky saws that have been mentioned sound like the ticket. Thank you all.

You’ll get lots of different opinions, but most pros would profess Stihl as the best chain and pole saws.

I worked for a while on a tree crew (Wildcat Tree Service) to earn extra money in college many years ago. All the equip was Stihl. When I lived in AR (big logging state) loggers used Stihl or Husky (Husqvarna). Stihl is the best in my opinion.

I once bought a commercial Stihl trimmer about 20 years ago. Brand new out of the box, and one of the guys was using it around the farm. He put the wrong gas in it (gas which didn’t have the oil mixed in). He ran it till it quit. It was my fault for assuming he knew, but it was a big downer to loose a tool I had just paid $300 for. I let it cool, took the spark plug out and filled the cylinder full of oil. I dumped out the gas and put the correct oil gas in the tank. Pulled the cord to expel the oil in the cylinder. Put the plug back in and it fired right up. It ran from then on like nothing bad had ever happened.

On the subject of what tool to use, maybe it’s just me, but I would feel safer using a chain saw in a tree rather than a hand saw. All the moving and straining of a hand saw would be more prone to knock me out of a tree. Either that or a motorized pole saw on limbs which could be reached from the ground.

Following is a video of a guy using a saw in a tree.

I have a Remington electric pole saw. Although this one has served me well I believe your looking for a more heavy duty one that could handle a little rougher environment than the one I have. If I had it to do over I would consider one that was battery powered. I’m pretty sure yours and my needs are completely different. Bill

Thanks Olpea. Dave, my hubby, likes Stihl in general, so he’ll be happy to hear that. I’ll start looking for one.

Silky, already recommended by others, is considered the best quality saw(s) by arborists. I beiieve they also make pole saws using their high quality blades. You can find discussions on arborist forums, pros and cons for all combinations.

Here’s a link for a Silky Zubat on Amazon, you have to decide what tooth configuration you want since it (they) come in different choices.

Thanks, John. I think we’ve got it down to a Stihl for the pole chain saw and a Silky for our pole hand saw. Now to find a pole pruner/lopper and we have the 3 tools we need to reach up to trim our tall Empress trees.

Did you find a pole lopper that you like? I’ve been wanting to mention the one I use, the Corona 1600 bull lopper, but haven’t gotten around to it until now. I’ve had this lopper for many years, and it’s probably the most useful of the pole pruning devices, although it won’t cut large limbs, only up to 2". I see on arboristsite.com it’s preferred by many and I also see that since I replaced the rope (with a much longer one) I don’t have it set up to use the 2:1 leverage. But I use it with various poles I have: expanding painting poles, pool cleaning poles, and some long aluminum hang glider cross bar poles. I combine poles and can get up to 25-30 ft, usually using a saw blade but sometimes the lopper when that high up. The current version of this lopper seems to be the Corona 6880. Here are some photos: 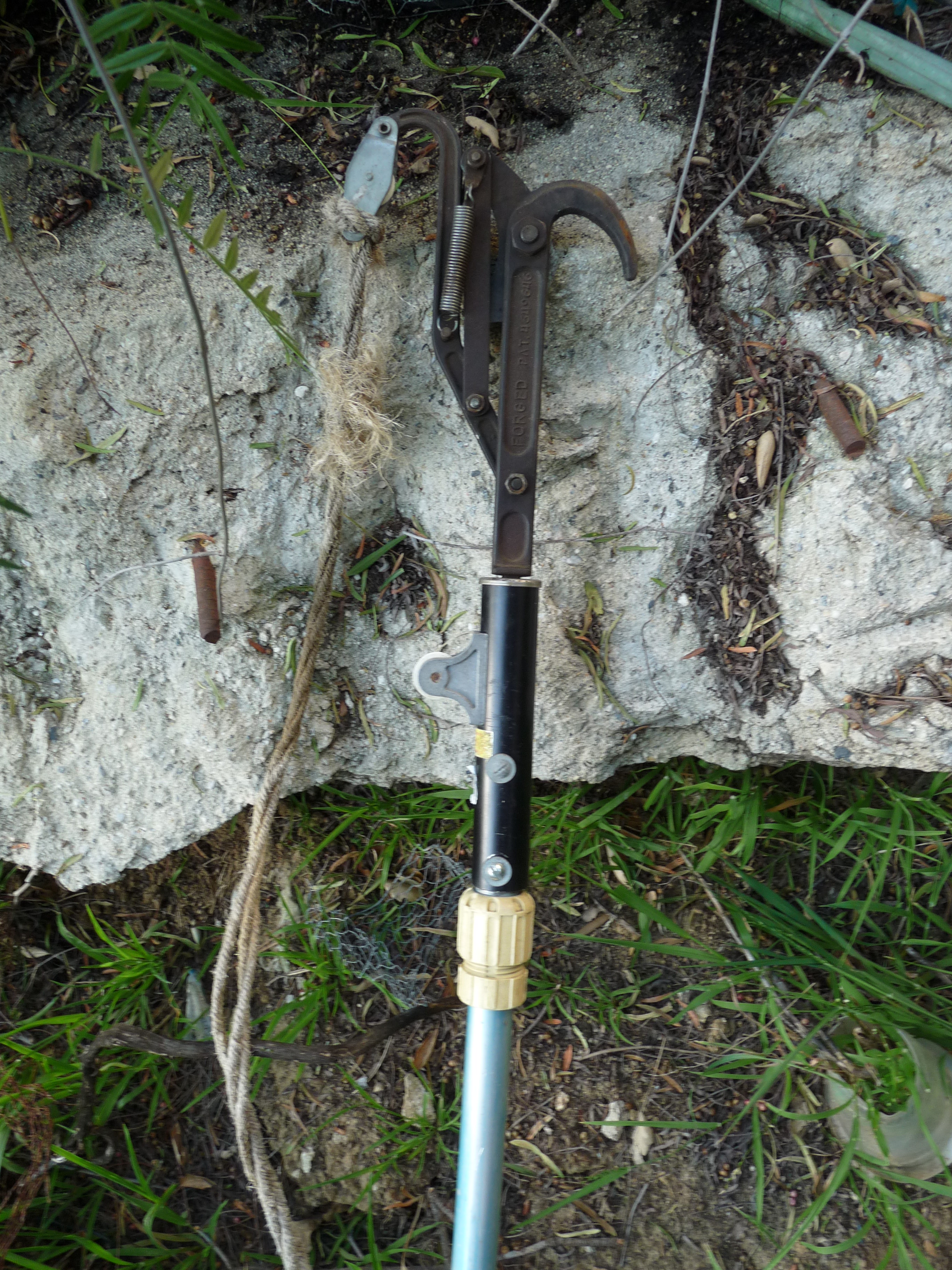 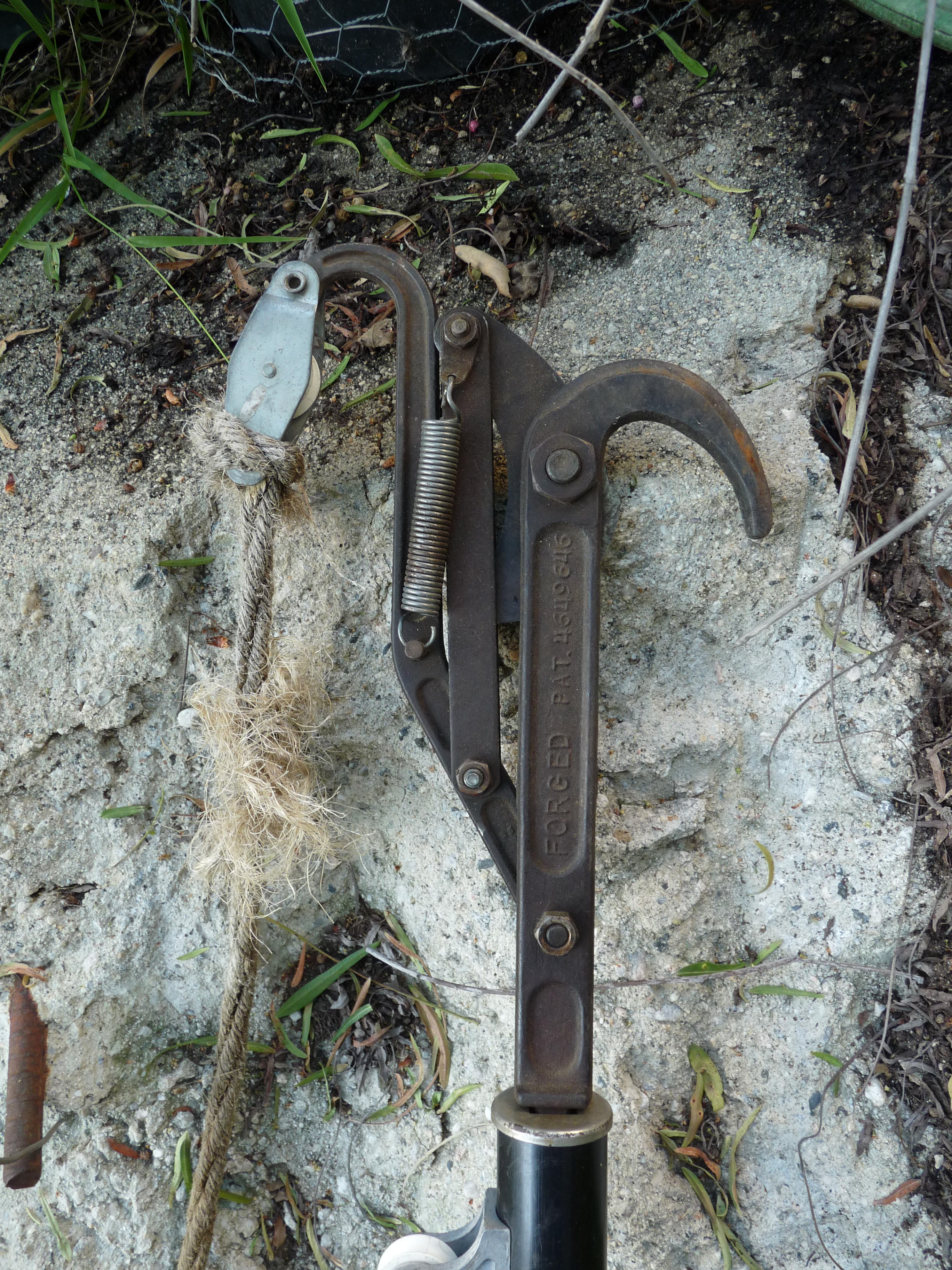 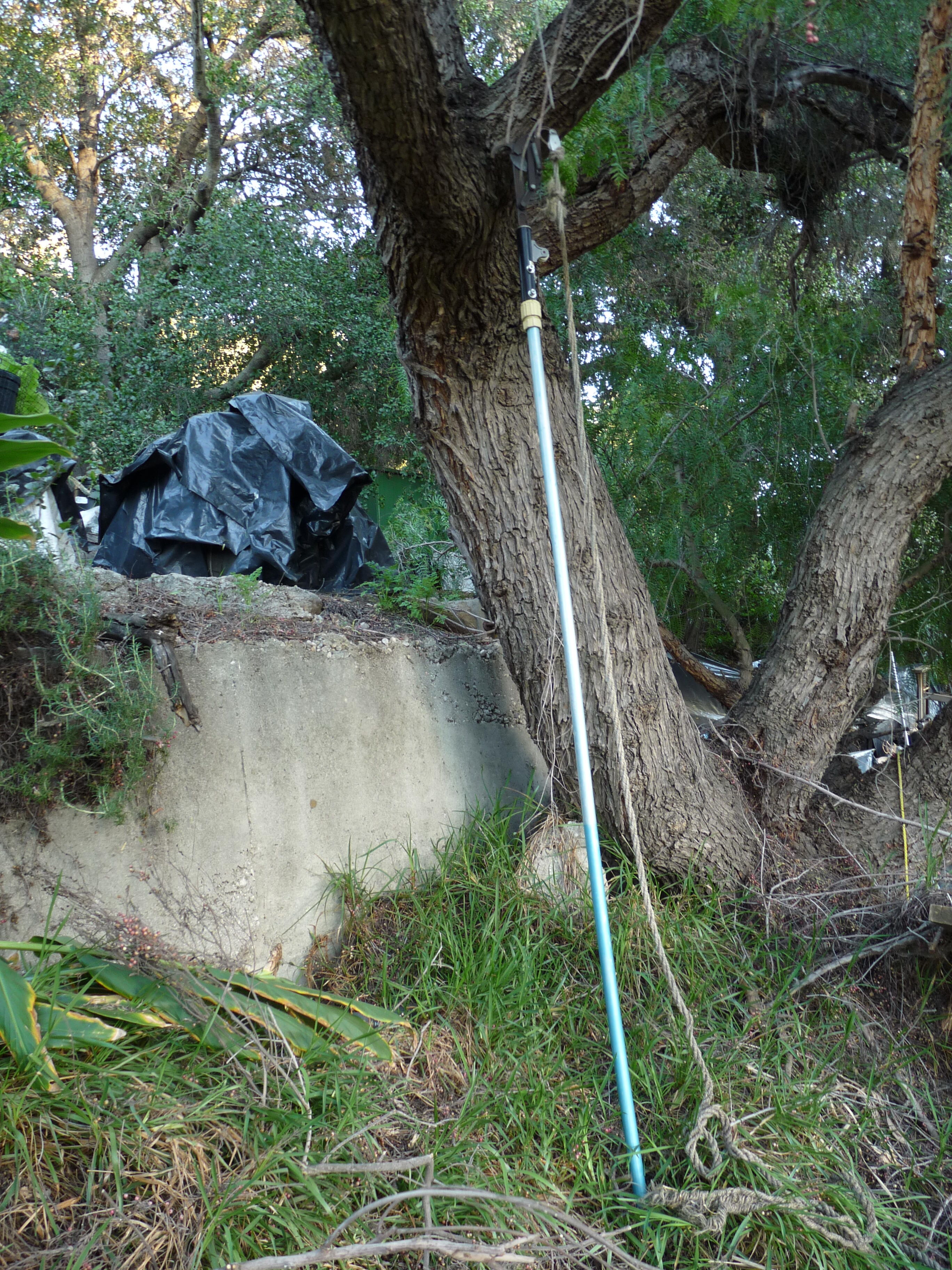 Darn…that was an upright photo, but something(on this forum?) rotated it sideways.

Thanks, John, no, we haven’t bought a lopper, yet. I am keeping all these great suggestions on a list when we have a chance to sit down and decide. Apprecite the suggestion, and I like the the top of this lopper is forged.