Monday weather forecasts for SE Texas are are for a 7-14F low and 24F high. This cold hasn’t happened since Christmas 1989. Since 1989 citrus trees here have become commonplace. But a low of 10F will freeze all citrus trees including large ones. Bye bye to queen palms and sago palms as well. I’ve bought 3 yards of mulch to bank my many citrus trees. I’ve written off the sago palms however! Austin, TX is projected to be near 0F! Used to be no one attempted growing citrus trees there but are now common. Protect them or lose them. Best method of protection is cover to the ground and a heater but my trees are too large and many for that. My sugar belle seedling is covered with many blooms. Best I can project now is save the graft and lose one year of fruit! Dallas projections are for 1F with a high of 13F. BTW satsuma trees the most cold hardy of citrus can survive 18F for a few hours. 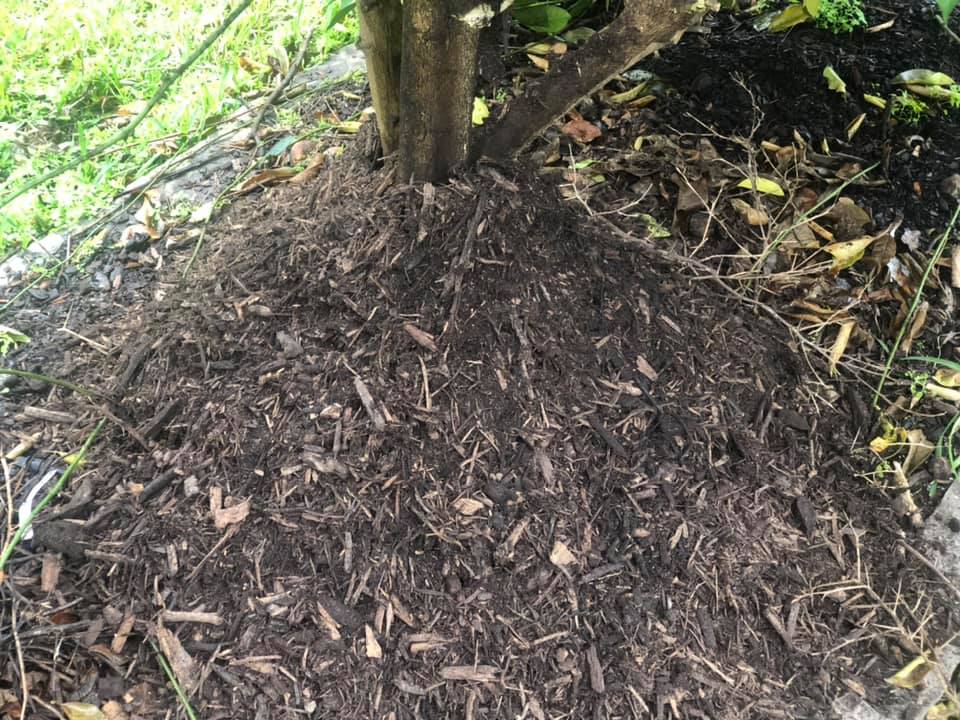 I’m so sorry to hear of your potential loss.

Is there any way to protect the trunk of the trees 3 or 4 feet up and then coppice them if they are damaged?

A friend in Matagorda with acreage is topping his trees to 3-4 feet and burying them with
tree trimming mulch. This is the risk you run trying to grow citrus trees 500 miles north of the citrus belt! Last bad freezes were 1962, 1983 and 1989. 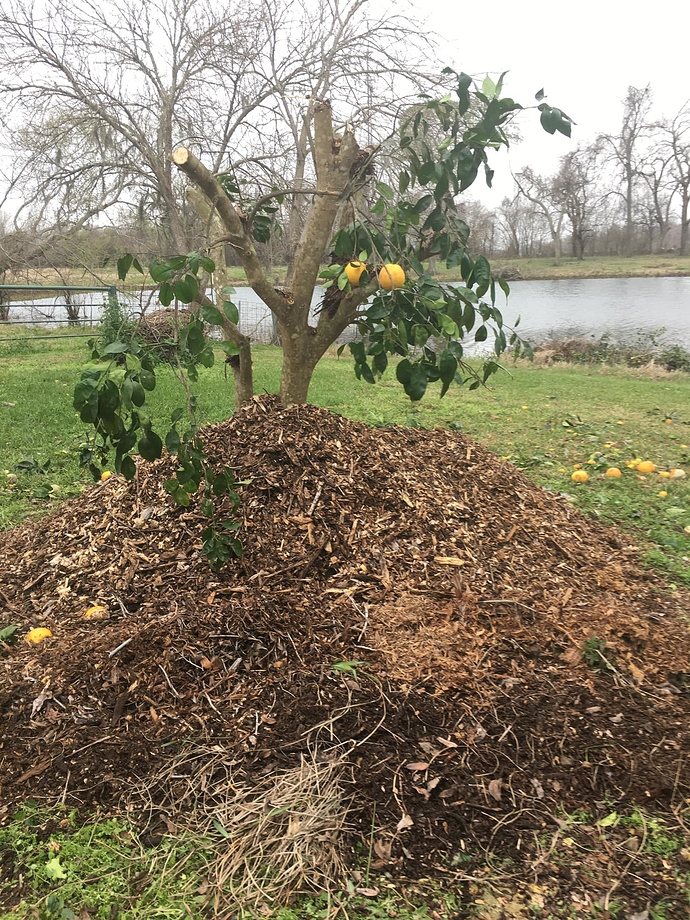 I see even New Orleans is calling for 26F. I think people grow bananas there. Going to be a lot of freeze damaged plants. Texas does seem to be taking the brunt of it. Even Brownsville/South Padre should see upper 20Fs.

nws new orleans
“Monday night will be flat out cold. Certainly the coldest this
winter, and probably in several years. Current forecast lows for
Tuesday morning are roughly 5 degrees colder than the record lows
for the date at Baton Rouge, McComb, New Orleans and likely other
locations. Likely to be near record low maxima Monday and/or
Tuesday at several locations.”

Mr. Texas Are you the same person I use to see on the garden web’s citrus forum. I always enjoyed reading your threads and posts

Yes it has been a long time since we had this cold of weather. There have been a lot of citrus trees planted since the last major freeze like this. You might get lucky if the trees are large and have some shelter from the house. I used to have some large orange and tangerine trees that survived temps in the upper teens. Though they had pretty good protection from the house

This is the risk you run trying to grow citrus trees 500 miles north of the citrus belt!

In Texas. The citrus belt is WAY further north on the West Coast.

You are right. I have 4 outside in ground citrus trees 1000 miles north of the Mandarin dekopon line.

Beaumont weather man is saying this will be the worse freeze since 1930. Getting really tired of historic events. First 2 historic 40 plus inches flood events in 3 years, then the pandemic and now historic freeze. I pretty much gave up on the citrus trees. I started to try and cover lower trunk but if it gets to single digits like they are acting nothing will work. Kind of wish I had dug up the 4 trees I planted last year. Some of my peach trees have blooms and leaves. Not sure how the freeze will affect them. Hopefully it will not kill them.

We are on the edge of citrus country. About every 30 years we get a freeze that kills many citrus trees. But this year it looks like it will kill all of them. It is one of the reason no one puts in satsuma orchards in our area, just too much risk of freeze damage.

We put plastic wrapped frames around our satsumas and 300watt light bulbs. Had to try something. Our pidgeon peas were beautiful. 10+ feet tall and hundreds of blossoms. Guess we’ll plant more. D

Beaumont does sound like the pits. But lets face it all of Texas can be the pits when it comes to growing things. Even in the Valley citrus has a long history of devastating freezes. It’s been a while since the last down there. But I’ve read about the freezes in the very best citrus areas of Texas since I came here 50 yrs ago. In the western side of the state it’s freezes, hail, and wind. I’ve easily been thru more than 50 freezes in 50 yrs that damaged something I was growing be it fruit or field crops. Many times 2-3 spring freezes that took part of the fruit bloom. Several freezes that wiped out my wheat crops. And several times the sugarbeet crops were wiped out by spring or fall freezes. In fact that’s one reason sugarbeets are no longer grown in Texas. Freezes two yrs in a row in the early 90s caused Holly Sugar to close their processing plant in Hereford. Every area of the state has similar stories. It’s why I’ve grown in a greenhouse for the last 15 yrs. That’s the best fruit growing decision I ever made in Texas.

Did I mention the hail? Seven hails a year on average in Amarillo.

Weatherman is a little exaggerating. We had 10F in 1989 and I was in Beaumont, my satsuma and kumquat trees killed including rootstock. Trees can be saved by banking with dirt or covering and heating.

Houston did report this morning that they are forecasting a low of 5 degrees, which would be an all time low. It looks like Houston will be a little colder than Beaumont. But we still have electricity, which is really nice. I do have a generator but that would only run 2, maybe 3 space heaters. Water well has not frozen up yet either.

We got a mix of sleet and snow. Kids cannot play in it due to the amount of sleet. Horse and donkey seem confused, and dogs the running and playing. I am making sure all the animals are well fed and have fresh water. Chickens seem to doing well.

I remember the freeze of 1989, but I was in NW Texas close to Childress. It was the first killing frost of the year. Because of that we had wide spread freeze damage on grasses. At least this time the plants have some winter dormancy that should help. Except for the trees that already broke dormancy

The electricity situation in Texas right now is a total cluster. Hopefully you all have gas for your greenhouses.

That god that we are not having the type of winter in Maine that Texas is having!

Current temperatures in zones 9b/10a south Texas are already in the teens or low 20s, and looks like it will be maybe 5-10°F colder tomorrow. Brutal! Hope everyone has taken whatever precautions they can and that all goes as well as possible under the circumstances. 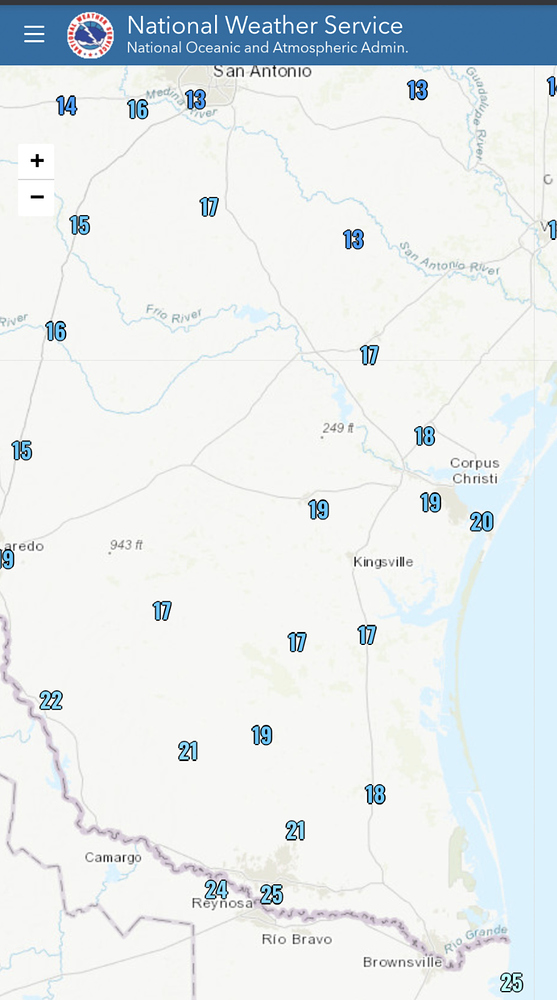 What about grapefruit…can they handle this cold? Seems to be a lot of grapefruit that come out of Texas…could be a big loss if they lose those.

How on earth does this happen in a 9b climate??? I’m in 9B west coast, and our ALL TIME low, going back over a hundred years was 18F?. And that was in January. January you could understand this happening in Houston I.e. low sun angle, shorter days/less sunlight etc. But, I’m truly baffled how they could be forecasting 5f for “9b” Houston in mid February ? These are one 7A temps, if I’m not mistaken.