Weeping cherry of a friend's is dying, thoughts?

I have a friend in Baltimore who has a flowering cherry that is dying on her. Here’s some pics (below)….tree is dying, from tips moving back towards trunk and changing rapidly.

Any thoughts, or additional bits of info you’d need to figure out what is going on with her tree? Is it saveable? 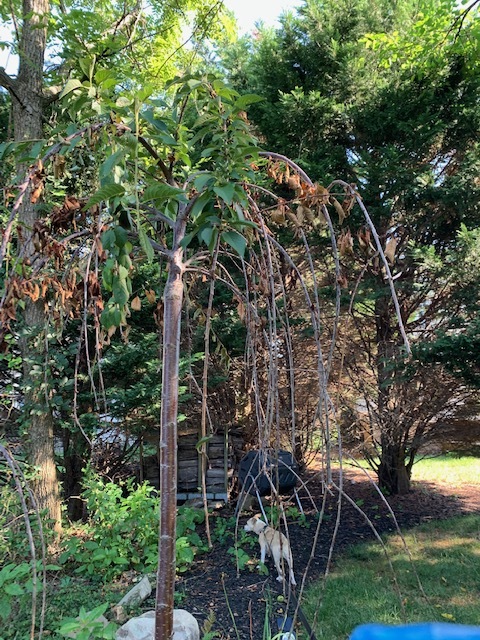 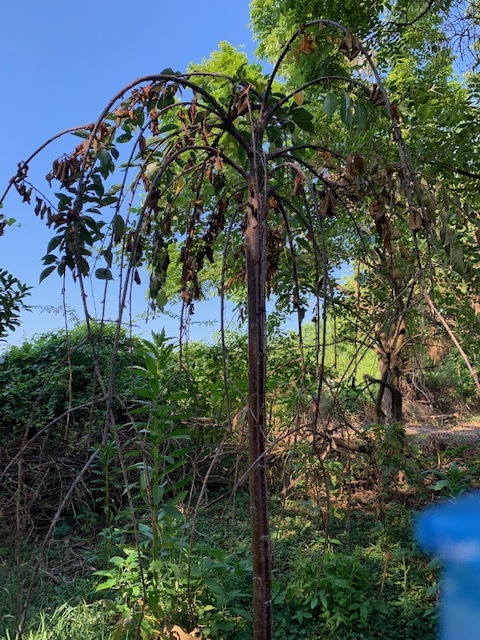 apparently she had an arborist out who had no idea the cause, btw

Look like the death was brought on by verticillium wilt.

still taking additional opinions, obviously, but if it IS, there isn’t much to be done for that, is there?

What else does verticillium kill?

I thnk that may have been what I had on a gage years back, the whole tree died in under a week…

any fix for any of these options?

Preventive spraying might certainly help. The pathogens/bacteria weaken the tree so it dies during stress (usually the summer heat, drought etc.). Anyway the tree is dead, no way to save it now. It might still show as green under bark but it’s already dead.
Tell your friend to check the collar and roots once they dig it out…

What would you expect to see on the collar and roots if it is what you think? I’ve had several apricot trees die from wilt or this.

Any wounds - canker, rot etc. It might even be rodents chewing on roots but not likely with cherry (at least in my are they tend to dine preferably on apple roots).

If you read the characteristics of how trees die of wilt and of collar rot, they are different. So, a tree autopsy would give you an idea if it was one of these two diseases or something else.

Look like the death was brought on by verticillium wilt.

I don’t think so. A characteristic of verticillium wilt is that dead, dry leaves stick to the branches.

I am not an expert and would not be able to tell with an authority why the tree died. I am interested to know and learn, too.

I had two redbud trees died of v.wilt. Diagnosis was confirmed when I cut the trees down and compared to what literature said about v. Wilt. I did not recall for sure how much dried leaves stick to the branches ( it was several years ago).

I had a 3-4 years old weeping cherry died of wet feet due to a poor planting site a while back.