Some of you may have seen where I posted two of my soil test results, one for the more amended area, and one that’s more “raw”.

My natural soil is acidic and somewhat barren, although it drains well and it’s not all bad. 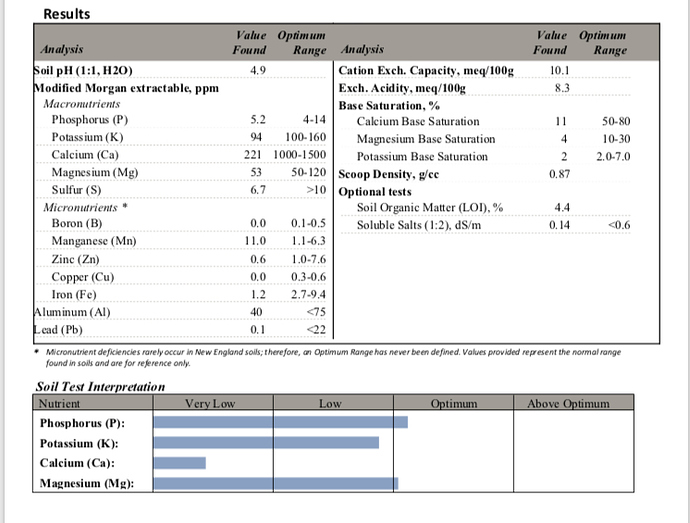 My amended soil is quite good. 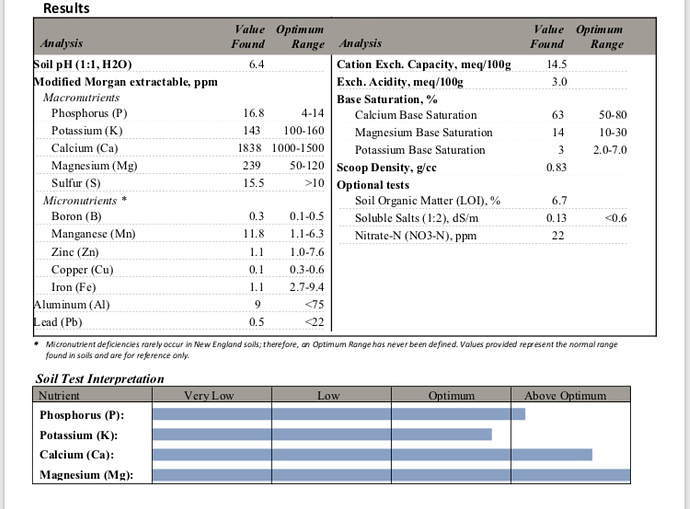 The tiller goes approximately 6 inches deep or so. As I dug potatoes, I ended up going about 9-10” deep. So you can tell from the color of the soil that that’s where any compost and organic matter stops, and presumably the lime that I have added, simply because it would go to the same depth with the same tiller.

Now that I have “turned up” deeper soil, should I throw down at least a little bit of lime and compost so I don’t have a layer of poor, acidic soil at the top layer? Or will tilling and/or weather take care of it and mix it up enough to not be a problem?

I can’t advise on the lime, but you can’t ever add too much organic matter. In a certain way, the added organic matter will make the nutrients accessible to the plants even with the low Ph. I double dig my beds and try to work the organic matter deeper each year, somewhat similar to what you did.

It would be hard to truly double dig my entire garden. Just digging the damn potatoes took 3 hours, and that’s just two 30’ rows!

However, I figure it’ll eventually get done the way I’m doing it. Since I rotate my crops and all.

Interestingly, it seems like the pH of the compost itself raises the pH of the soil at least a little. I have some areas where I turned about 2” finished compost in, but nothing else. A year later the pH is now about 5.7 instead of 4.9.

A pH shift up to 5.7 from 4.9 seems pretty impressive to me. How it works I don’t know, but compost has the reputation of moderating pH extremes- in other words, had your garden been too alkaline instead of too acid it would have brought it down! Pretty handy.