What fig variety is this, please?

When I received the scionwood, the tag was not legible.
Here are the pics of leaves and fruit. It tasted sweet.
I still like Chicago Hardy more. 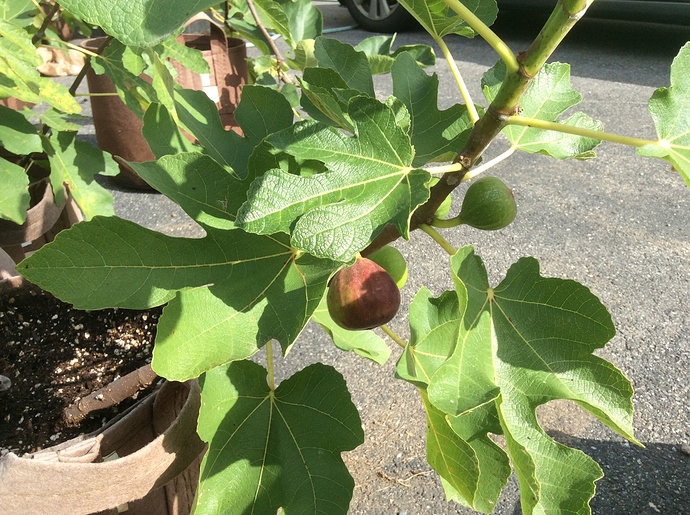 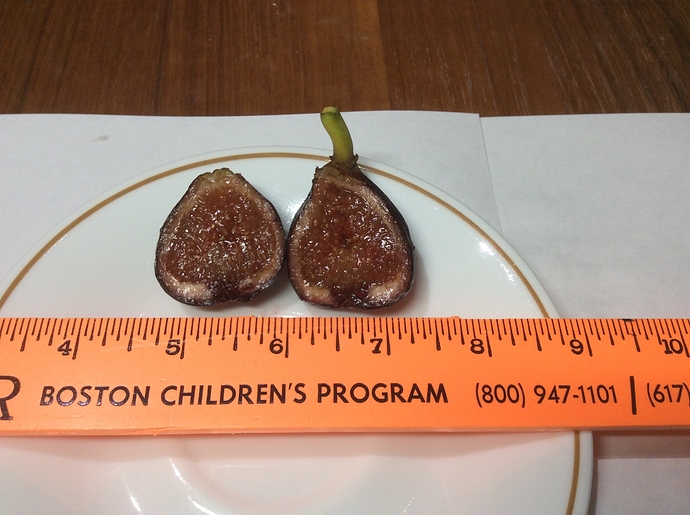 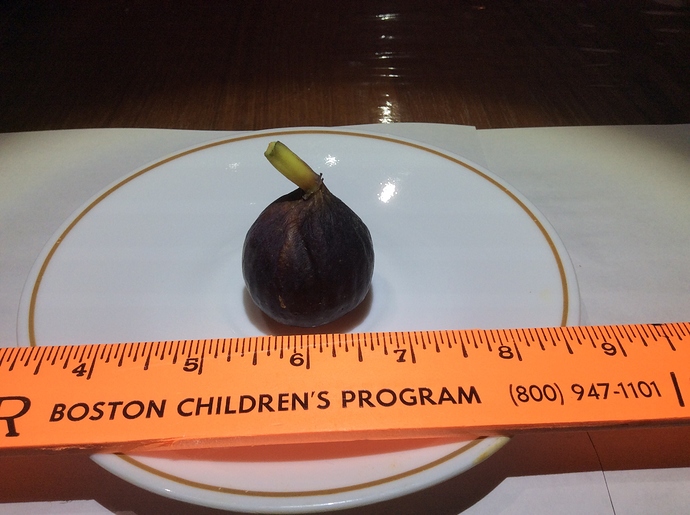 I was just about to say the outside looks just like Chicago Hardy. The inside is not as red as my Chicago Hardy. So obviously this fig differs from your known chicago hardy? In what ways?

The leaves are somewhat different and the size of the fruit. This fig is almost twice as big as CH. its taste not as sweet or as figgy as CH.

I will see if I could tahe pics of both t show you. I still have a couple of inground CH figs ripening now. Thanks to mild Autumn.

It could be Black Mission fig. 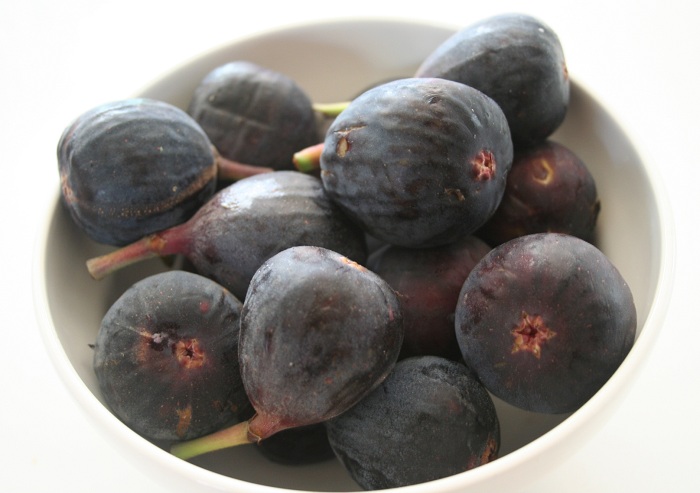 Speed,
Turned out the leaves of this mysterious fig and my in ground HC look the same. However, the sizes of the fruit were very different.

I still have had a couple of CH ripening ( today is 11/4). This one I picked to showed you was a wrinkled little fig. It was sweet but somewhat watery. We had heavy rain last Sun and a few wet days in between. 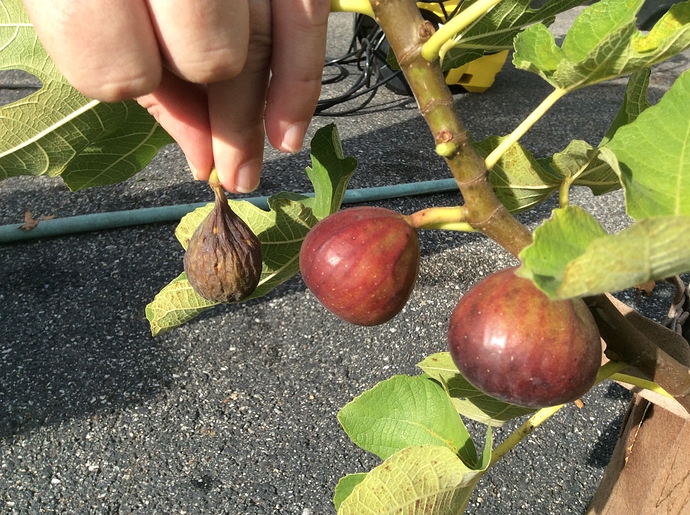 @tonyOmahaz5, I don’t know if it was a Mission fig but it is a goid size one.

It looks like a Sicilian Red type to me. 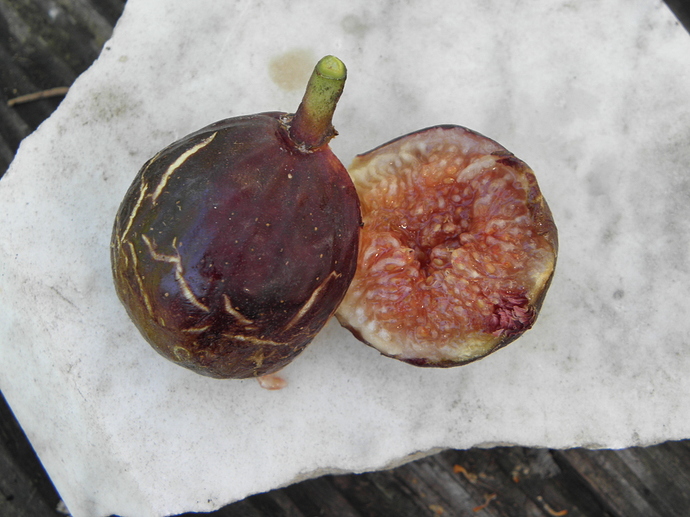 Here’s the pic of leaves taken about 3 weeks ago.

The leaves are a good match for Sicilian Red also.

Thank you. I’ll tag it as a Red Sicilian fig. Not sure how I got this plant.

I admit fig leaves drive me crazy. I’ve seen leaves on a fig young plant look one way and then, they look different on a mature plant.

It is tough to “read” the leaves, each variety can produce a range of shapes and lobe lengths, usually controlled by growth rate and the position on the tree. Then there are other things beside shape, like bud and leaf petiole color (you should see red buds sometimes on a Sicilian Red) and leaf texture (Sicilian Red is glossier than most, like yours).

Thanks for the education. I really appreciate your willingness to share your knowledge.

The more people that know what things to look at the better. Identification used to be a big deal on the fig forums, lots of people posting pictures to compare against one another and such.