What fruits did you eat today?

i wouldn’t mind snow birding there. just not a lot as far as outdoor recreation. if i could figure how to grow something out there with any consistency id be ok.

I’ve got some friends who just moved down there. They’ve got figs going, they forage a lot of prickly pear and stuff like that. I’d like to go visit myself and learn a bit more about growing things in the desert. It would open and shut a lot of doors growing wise, that’s for sure.

I had an Ag Dept. employee stop by last week and she commented on the lack of PLC on my peaches/nectarines. She said it is a bad year for PLC but that I am lucky. My plantings allow me to harvest peaches/nects from late May to September. I sprayed with Daconil several times during dormancy and had no PLC on any of my trees until just recently. Now I have a few infected leaves on each tree, but not too bad. I have been picking those off and destroying them, but I am not sure that does any good. Thoughts on that anyone? I wonder if I risk spreading the fungus that way.

Btw, I planted an Octoberfest Peach and grafted Last Chance and Halloween peach scions to my Carnival peach aiming to extend my harvest even more.

like a different world compared to what we are used to for sure. with my asthma it would be a lot better for me. i struggle with humidity. here.

My wife bought me these cherimoyas and some Saturn donut peach. I am looking forward to eat them. YUM.

I tried @JoeReal’s Italian salad dressing spray couple of times during the dormant season. I didn’t have any PLC when the peaches leafed out but reading CRFG emails, others in the area who didn’t spray at all didn’t have it then either. After a spell of dry season and rains, I got hit badly (others too) but observing the tree, I think it was concentrated on a couple of my grafts (which were not likely sprayed) and mildly spread to the rest of the tree. So, hard to say anything about the effectiveness of the spray. I’ll try the same procedure again and observe what happens.

Octoberfest sounds very interesting. I have my eye on it for next winter order. @RandallW What are your fav peaches/nectarines so far?

@californicus i skipped joes sprays this year as i thought limesulfur would do it…pretty heavy plc compared to just a couple leave the last couple years i ised joes strong recipe with hydrogen peroxide. Was also an exceptionally dry and warm spring here this year. Will do them again next year and see how things go 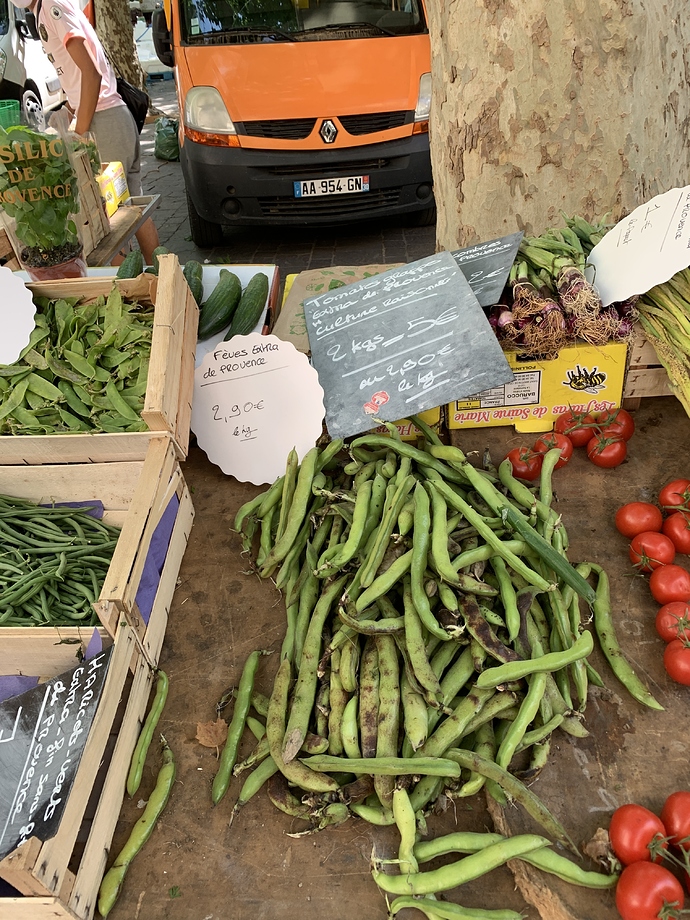 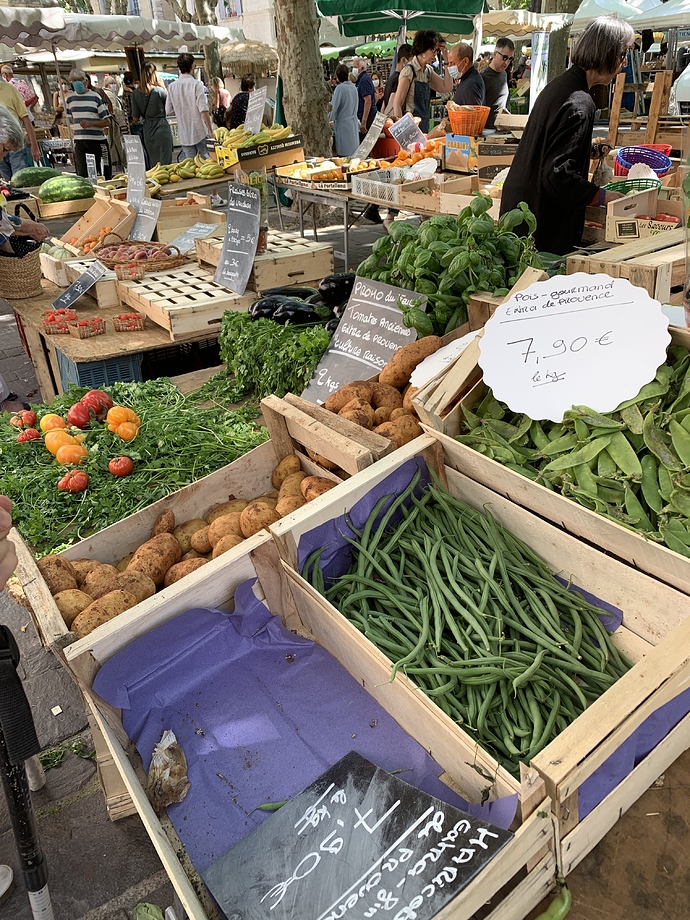 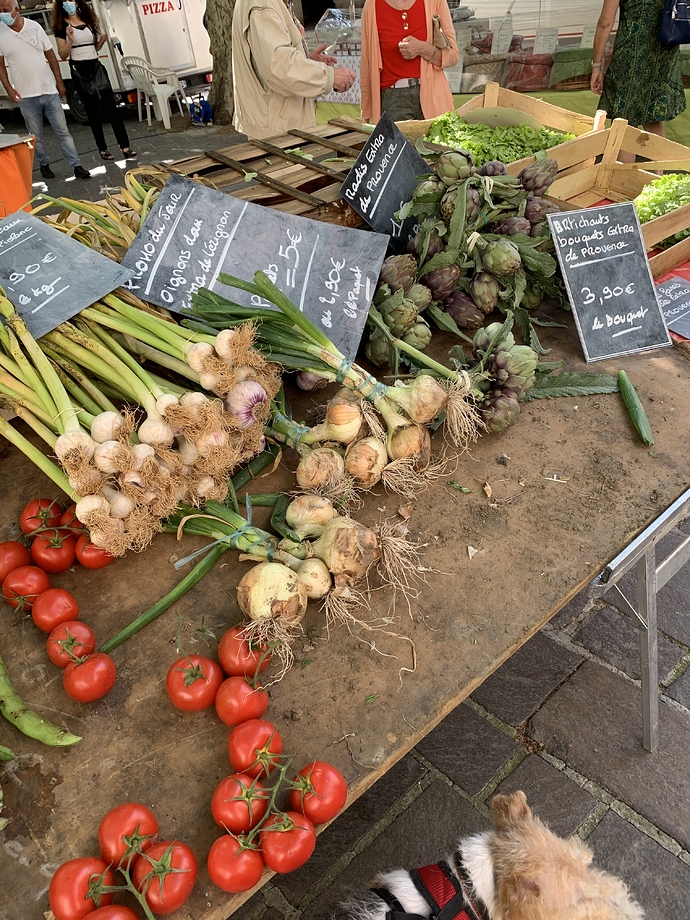 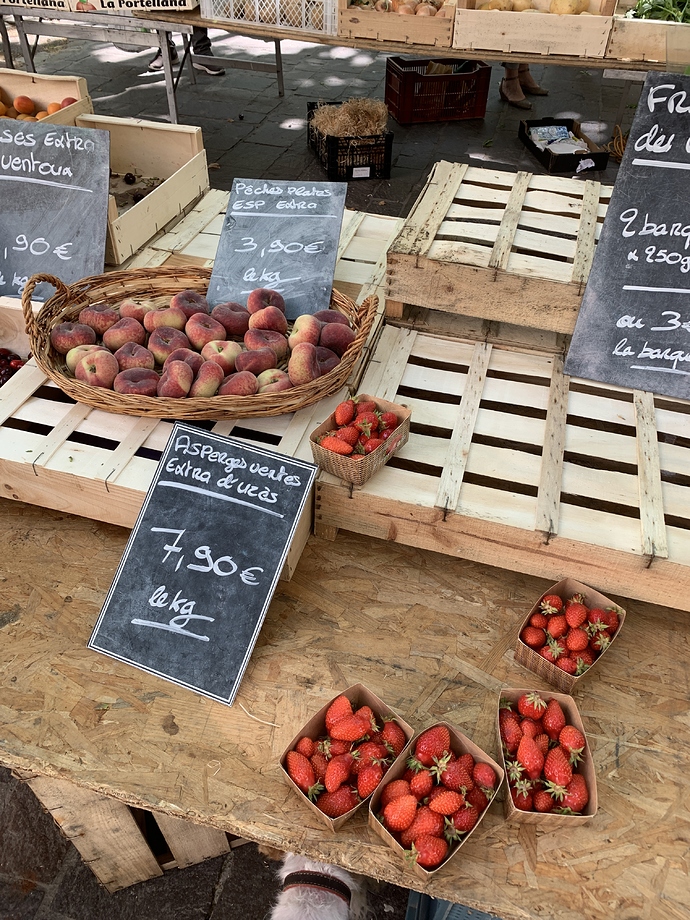 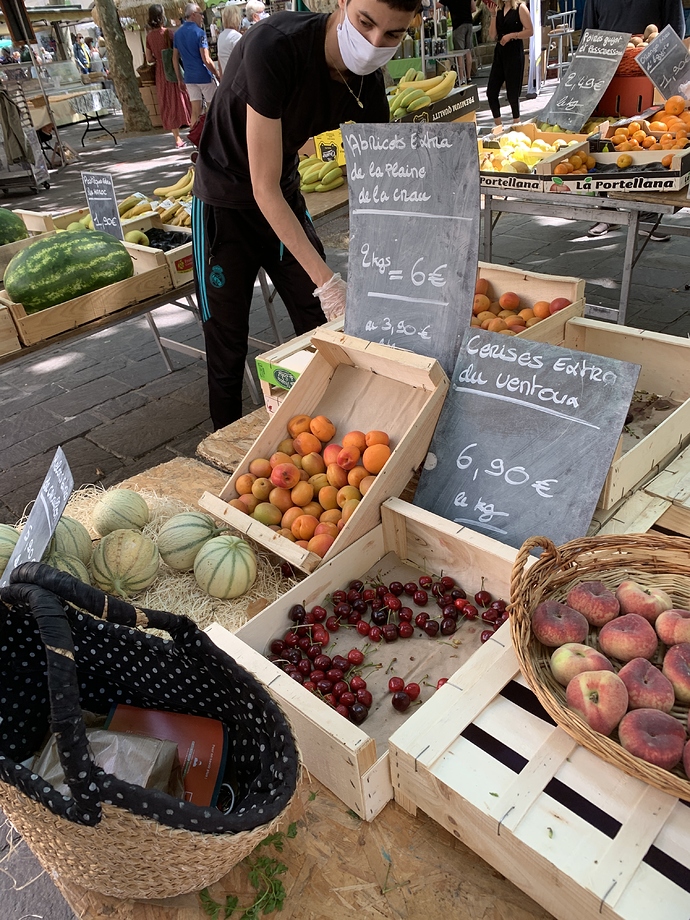 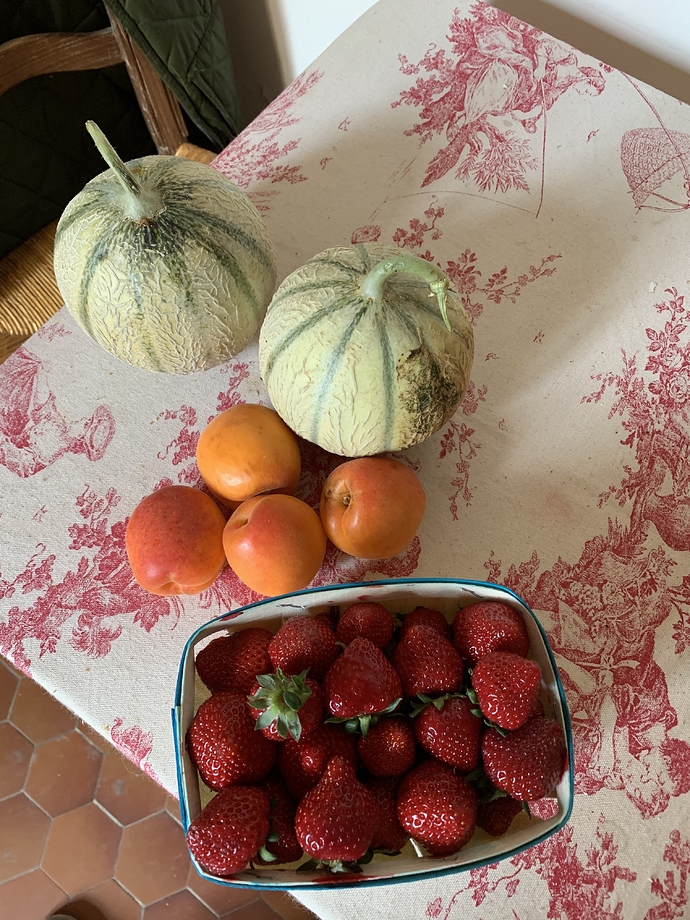 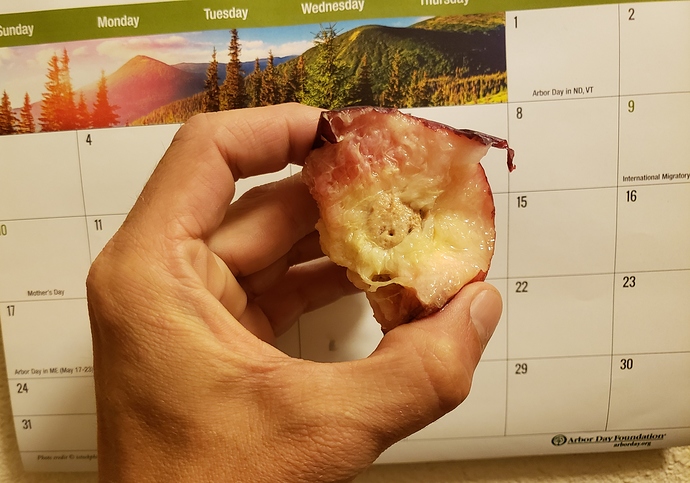 Citrus trees don’t need much pruning, most years I don’t do it at all except for removing dead wood. I was always afraid of removing branches from a productive tree but my Meyer lemon and a Mandarin that are over 25 years old were declining in production and branches were getting long and scraggly looking. On the Meyer Lemon I selectively removed branches from inside the canopy, letting more light penetrate the interior. The tree responded well so I then took on the Mandarin which I had almost given up on and pruned it pretty heavily during the winter… I was afraid I cut back too much and exposed branches to sunburn.(freezing is not a problem here, but be aware that new growth will be sensitive to it.) The flush of new growth will need to be thinned some. New sprouts can simply be rubbed off where the are not desired.

Btw, I have a Lane Late Navel Orange that doesn’t start getting sweet until May, then keeps getting sweeter until October-November by which time we have harvested the last of them. That would be about the time an earlier Navel would be harvestable.

Earlitreat has produced some nice crops for me and has had fine flavor. Last year, I lost the whole crop to brown rot, and I tried to prevent it this year by spraying with Daconil after petal fall. Unfortunately it is already affecting my fruit when it is still a week or so away from being ripe. It starts softening at the blossom end, the spreads through the rest of the fruit until it drops from the tree with a soggy ‘splat’. I am trying to salvage what I can by picking them at the first sign of rot and cutting them up. They don’t have much flavor ant the pit has not even hardened. I hate to throw away usable fruit when i have nothing else, so it can be tossed into oatmeal as it cooks or sweetened with honey.

Last year, Earlitreat was the only peach/nectarine so affected out of about 14 varieties. I will be harvesting Flordaking in about 2-3 weeks and will keep my fingers crossed. Is anyone else having this problem?

Another question; I am seeing tiny black beetles in and around the affected area. Are the a causitive or contibuting factor? 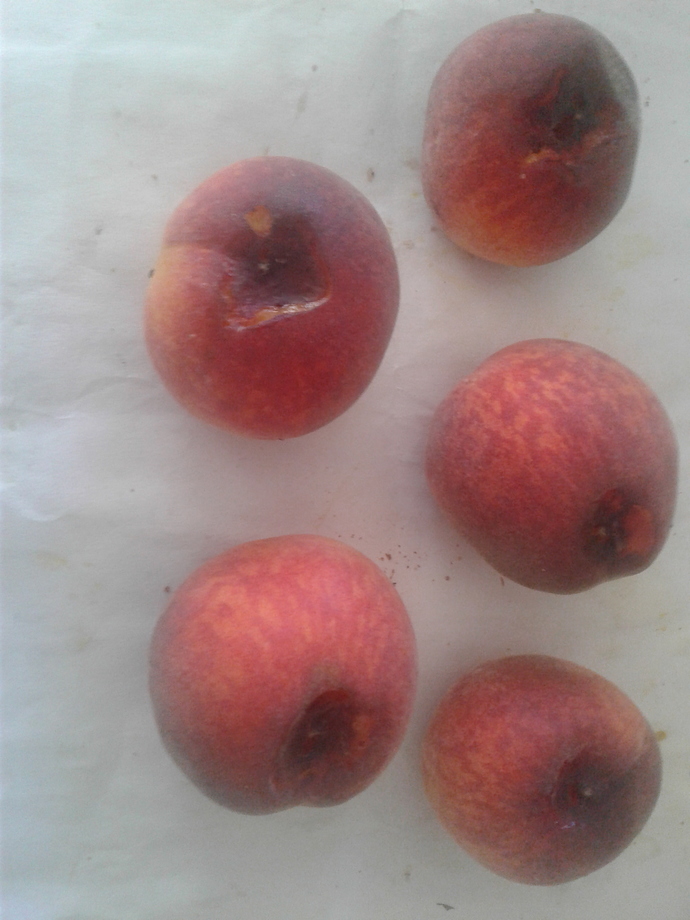 I found these apricots at Costco. They are the best ones I’ve ever had. Most at the grocery store are hard and sour but these were melting and sweet. Now I kind of know why people go through the efforts of growing these. They are probably not as good as what people can grow but I don’t know any better. 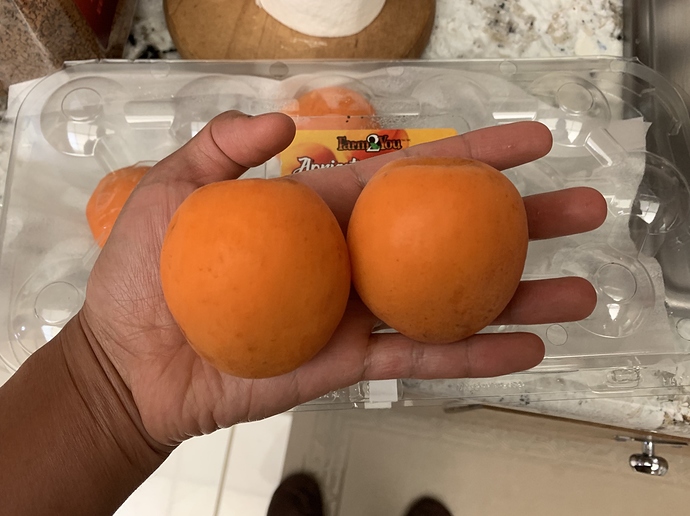 I planted a few seeds just for fun but not sure if they will be true to the parent.

Deglet Nour dates. Fantastic (together with Barhi are my top two dates), they drip honey/caramel… 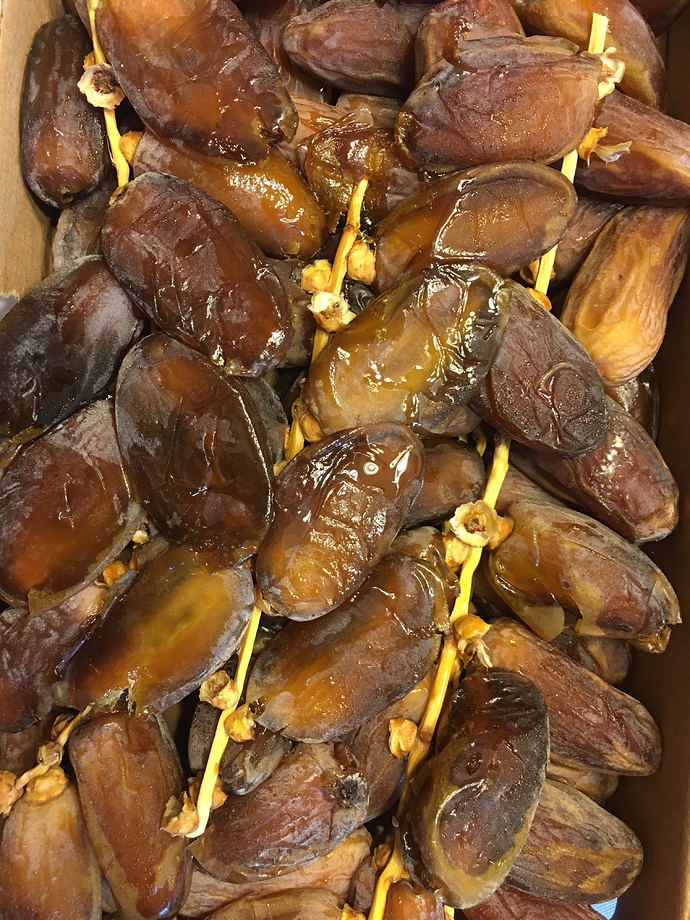 Where can one buy these dates? They look heavenly.

@RandallW, if those little beetles you are seeing are dried fruit beetles aka sap beetles they are the worst pest I have. We don’t get them here till late June, but my brother in Fresno has been dealing with them for weeks now. These little suckers hone their way into the fruit spoiling it from the inside out. Once the beetles are in they spoil the fruit fast. Early season they go for the tips of fruit, later they go for the both tip and stem. It is best to quickly dispose of the fruit by placing in trash bag asap, the beetles will fly out into other fruit if you are not careful. Even if it looks like the damage is on the tips, it actually spoils the whole fruit, totally ruined, no saving. Trashing your fruit quickly and setting beetle traps are the recommended ways to get rid of them. Also, make sure to pick up all the fruit that drops from the trees, as the beetles will infest them and lay new eggs. We had them really bad 3 years ago, but we have used the above advice to help out and minimize them.

Looks really good @Ahmad. I’d like to sample more varieties of dates other than Mejdool (not sure if that’s a variety name). Where can I find the ones you mention above?

Thanks, I always dispose of dropped fruit asap. I also pick and dispose of any apples showing signs of Coddling Moth infestation. As for the beetles being the cause of the rot, you may be correct. I bagged a couple of those peaches not covered by bird nitting to prevent bird damage. So far, they seem to be okay, but so are a couple others I have not picked yet. I will keep you posted. Any input on beetle traps?

Like I say, I have not seen those beetles in any other context than this specific fruit damage. It seems fruit flies are ever present around fruit, but I have not associated Drosophila with fruit damage. They do emerge inside the house I believe from eggs laid on the fruit surface.

Yes, I noticed a prevalence of cracked pits last year and seems to be the case this year as well, but pits are still not hard. Do you think there is a connection? I have occasionally encountered cracked pits on other fruit that was otherwise okay. Drosophila seem to be ever present around fruit and it seems they emerge inside my house from eggs laid on the surface of fruit, but unlike the Medfly they don’t seem to damage fruit. You may be right that they spread the BR, but no other fruit had this damage last year.