What is happening to my grafted jujubes?

Many of my new grafted jujubes this year have developed orange highlights at the graft union and now the orange discoloration is creeping upward on a few of them.

Does anyone know what is going on? 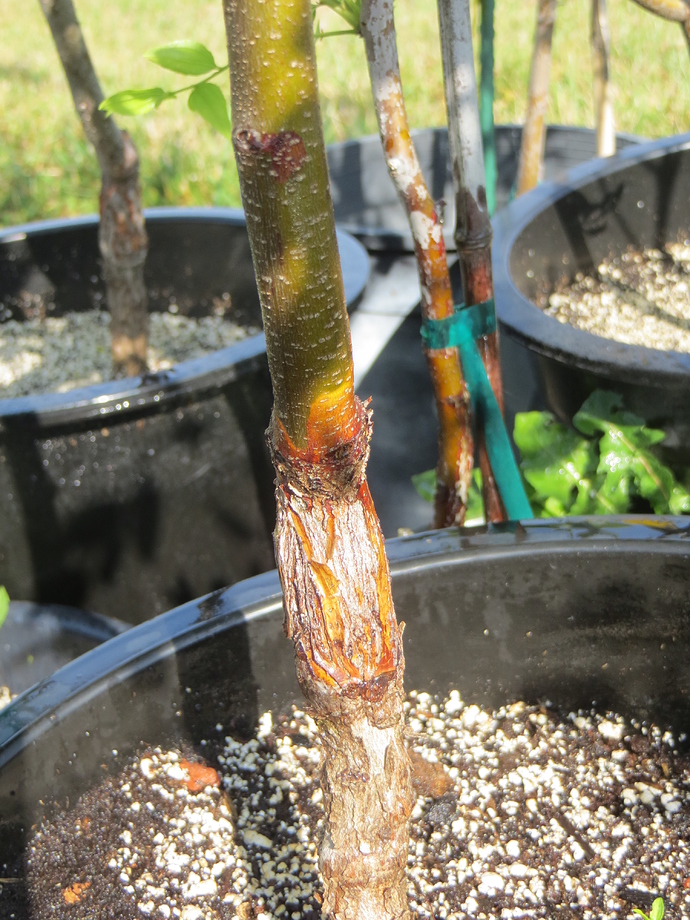 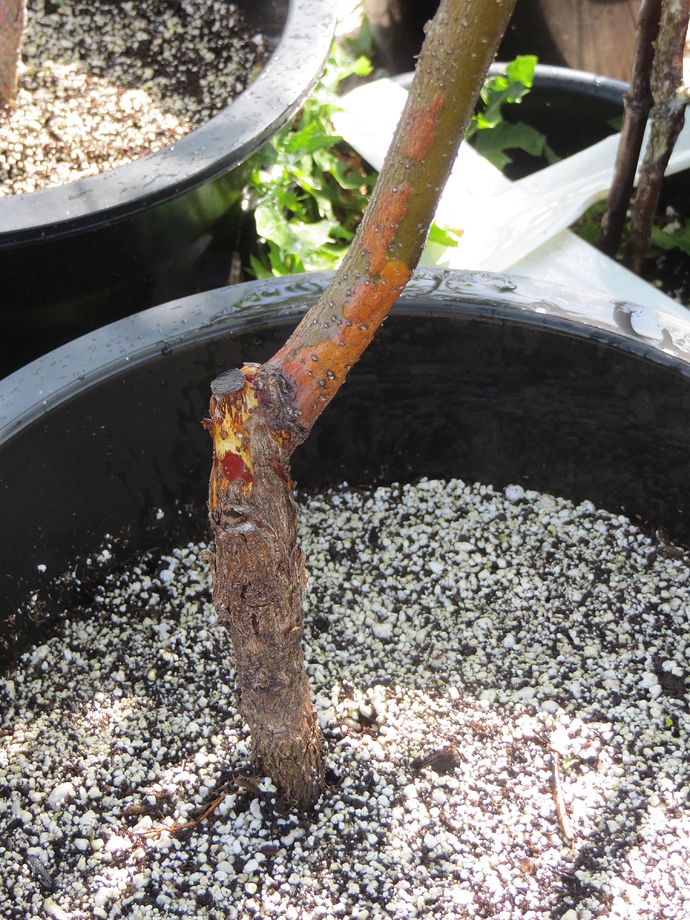 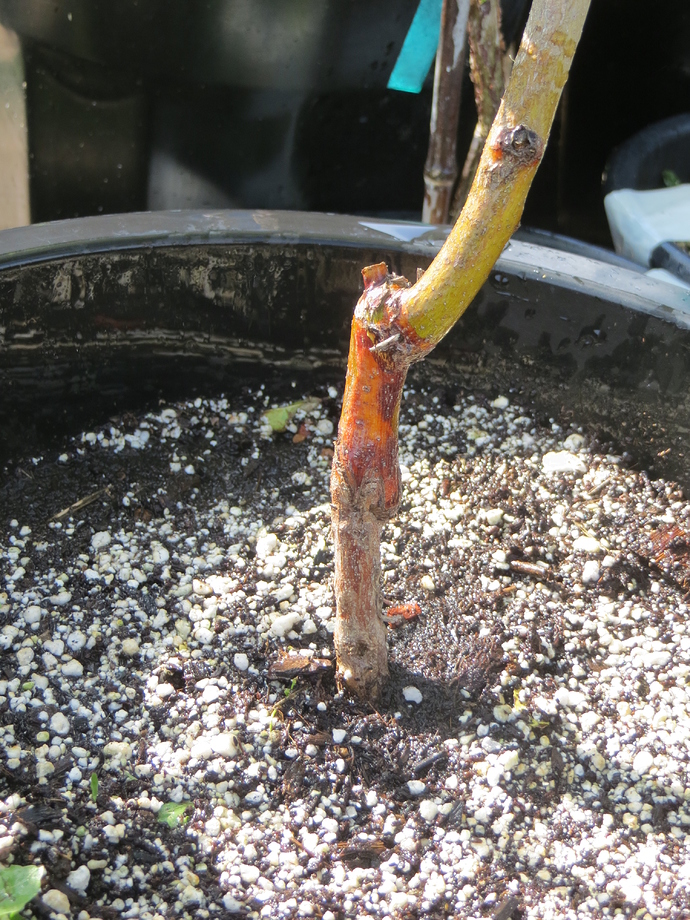 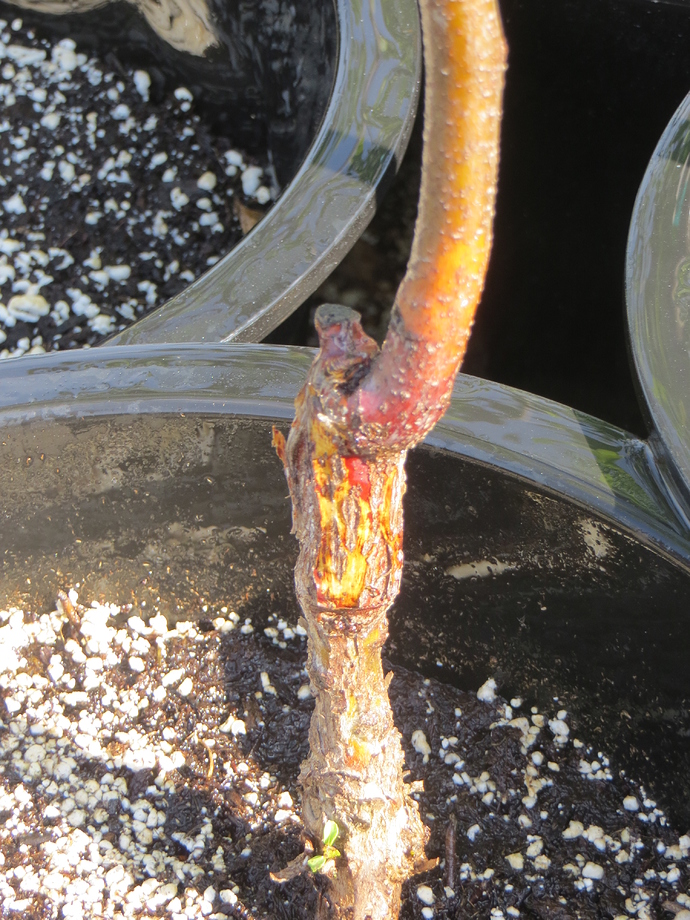 i have seen that happen here, but so far no deadly results despite the bark literally splitting and scarring up. Will take a picture when get the chance.

hopefully the reason for what’s going on with yours is the same reason for mine(being scary, but not deadly, at least not yet)

So far all the trees seem healthy, but this is very odd.

this is very odd.

at least your ‘misery’ has some company
just hoping it is the same minor malady that have experienced . Jujus are knowtn to self-amputate, as if to contain the infection(the infection that is yet unknown to us yanks as to what it might be)

I have seen that… maybe it’s the colors of their SUPER POWERS!!

so here is the orange-ish malady that pretty much girdled the sihong-on-contorted graft junction(contorted seen as lower portion with rough bark), which started just like on the photo you posted above. Soon it cracked open but now re-organizing with vigorous creeping cambium. 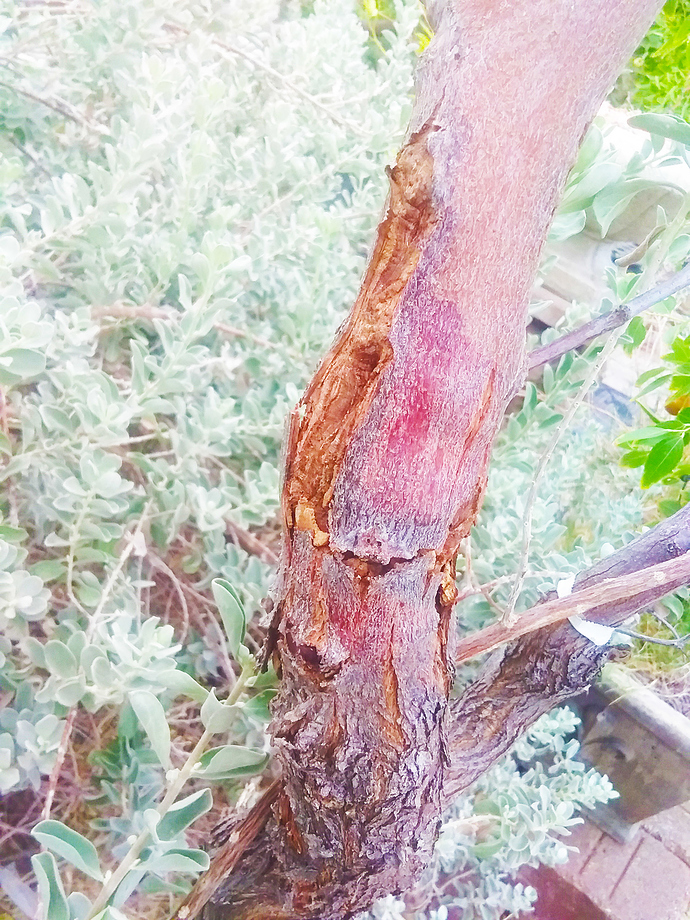 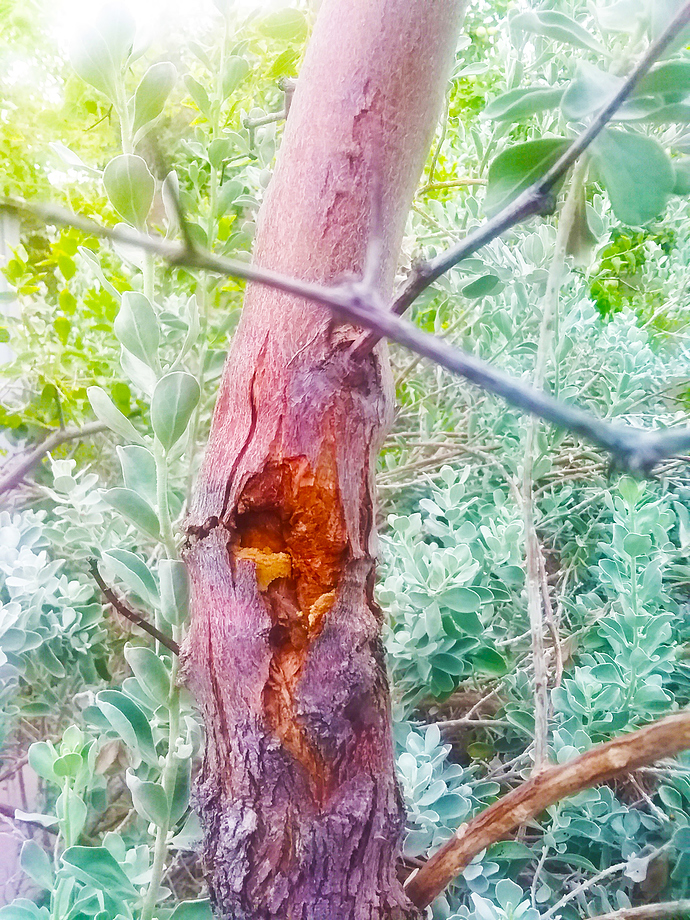 below is the tree that seems unfazed other than not being overly productive. Graft junction is encircled in yellow 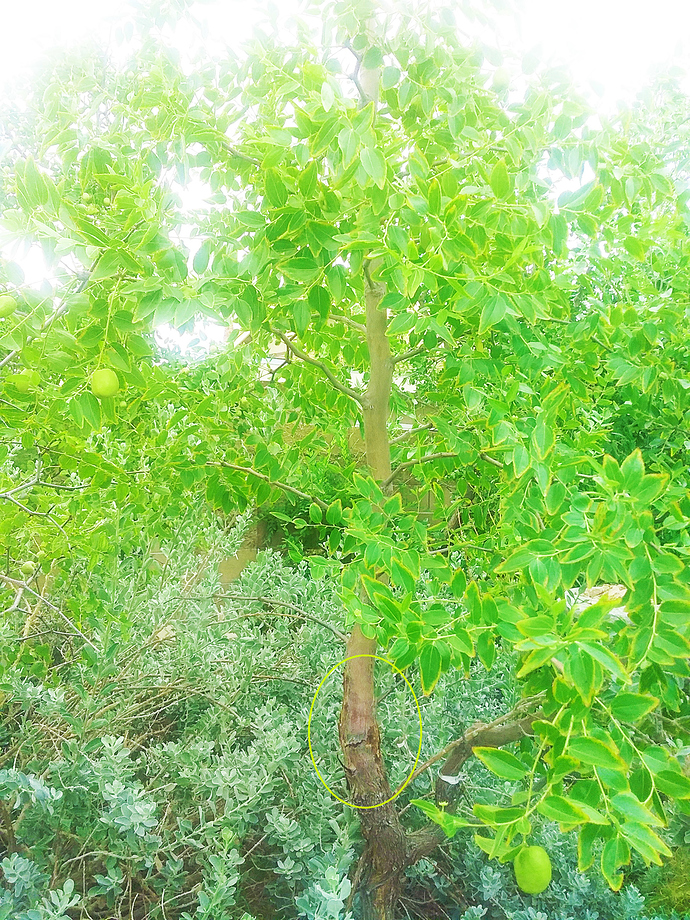 I agree with @barkslip. Dax your likely going to mention or perhaps everyone knows already but painting the trunk is in order. Here is a thread Painting trunks for sunburn and rodents

Thanks for mentioning that, Clark.

Mine is absolutely not sunburn.

Where did your trees with the orange stuff come from?