What is [still] producing in your fall garden?

It was a hot summer and now it’s a warmer than usual fall, with rainfall averaging out from too much and not enough. If indeed we don’t get a freeze until Halloween, it’ll be a long growing season. I’ve got a number of crops producing now, some summer plants and more from my fall planting, which is turning out to be pretty successful.

Bell peppers [and my single jalapeno] are going strong without the risk of sunscald and fewer pests. They usually produce until the freeze.

Bush beans - yellows are finishing up their last flush. I’ll pull them soon. Greens are starting a 2nd flush, but I don’t know how much I’ll get from them after bean beetles devastated them during the summer.

Butternut squash - I pulled the main crop of these a couple of weeks ago, but there are still almost a dozen remaining on the ground, where I’ll leave them until freeze. The vines are remarkably healthy for this season, pretty much mildew-free, and I see new growth popping up.

Gourds - these are powdery mildew magnets and the vines are nearly dead, but a few late fruits still clinging. I should pick them soon and pull the vines.

Spinach really perked up and took off when it finally started to cool. I should be picking for the foreseeable future.

Lettuce - too much heat for the main planting of this in August and I didn’t make much of a second. Some leaf lettuce remaining. It’s kind of leggy but surprisingly unbitter.

Peas looked really promising after they came up, but the shelling peas runted out and production was scant. Snap peas, otoh, are vigorously burgeoning and setting great crops. These are separated by only one row, which is hard to explain the difference in vigor.

Brassicas had a hard time after I set them out, with heat and pests all over them. Netting has helped. Now I have broccoli setting heads and cauliflower looking like they’re about ready to. 2nd planting of broccoli may or may not have time to produce - I’m betting not. Bok Choi is mature and more than ready to cut. Cabbages may or may not produce usable heads by the end of the season, but the leaves should be good.

What’s everyone else growing, and how is it doing for you?

Your climate and mine make for dramatically different styles of gardening. I dug potatoes at the end of July. My fall veggies are in that plot now

I harvested white corn today and am getting the sweet potatoes soon. I still have sunflowers, amaranth and sorghum getting close to harvest. Still have a half dozen Sangria and WW/OG watermelons and my green peppers are still cranking out peppers. Horseradish looks awesome and although it’s first year my Asparagus is 4-5 feet tall… 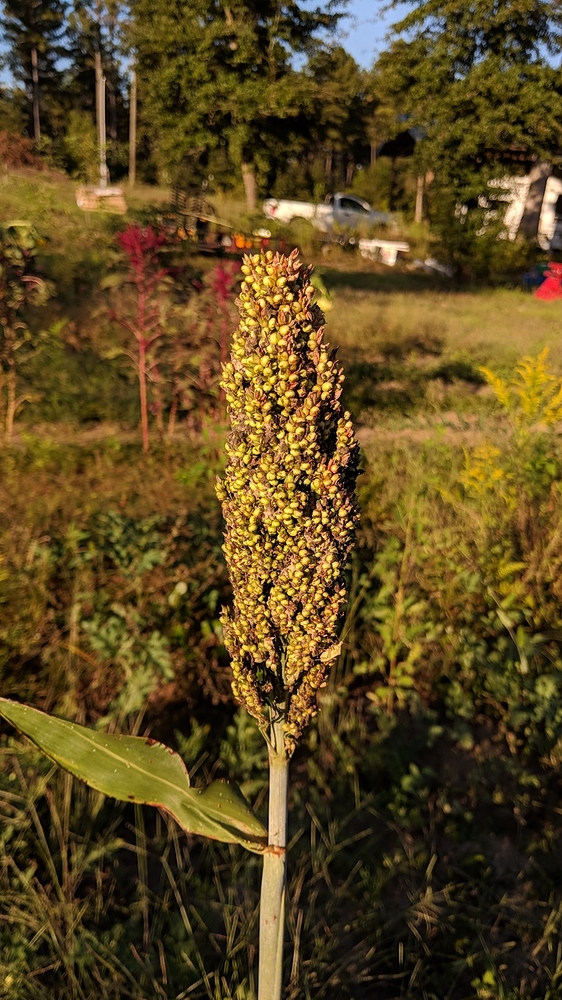 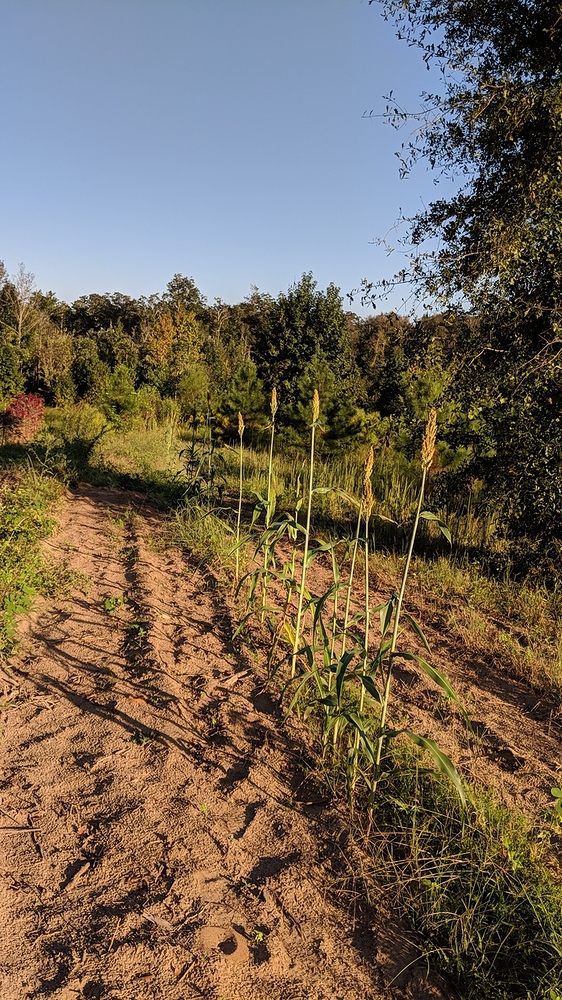 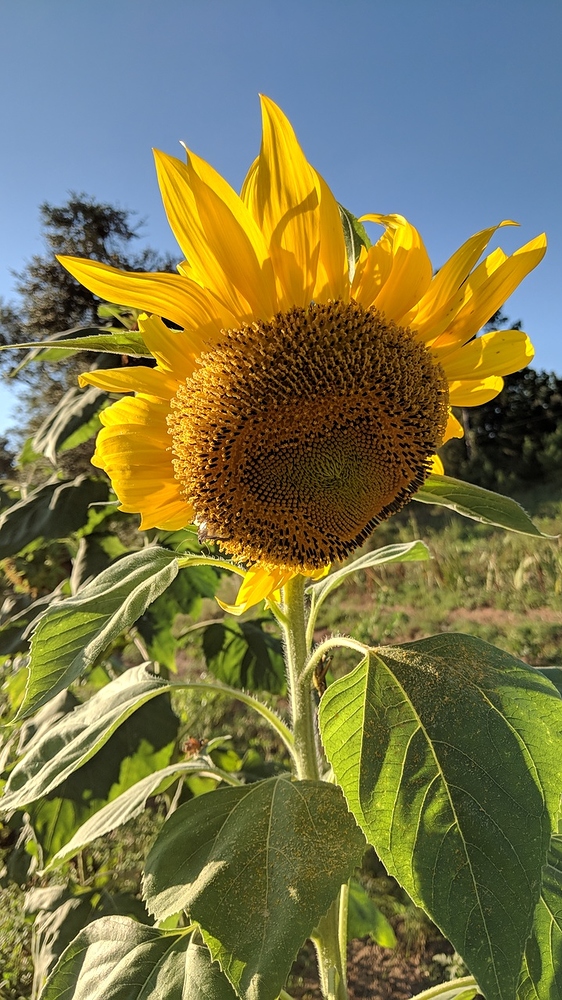 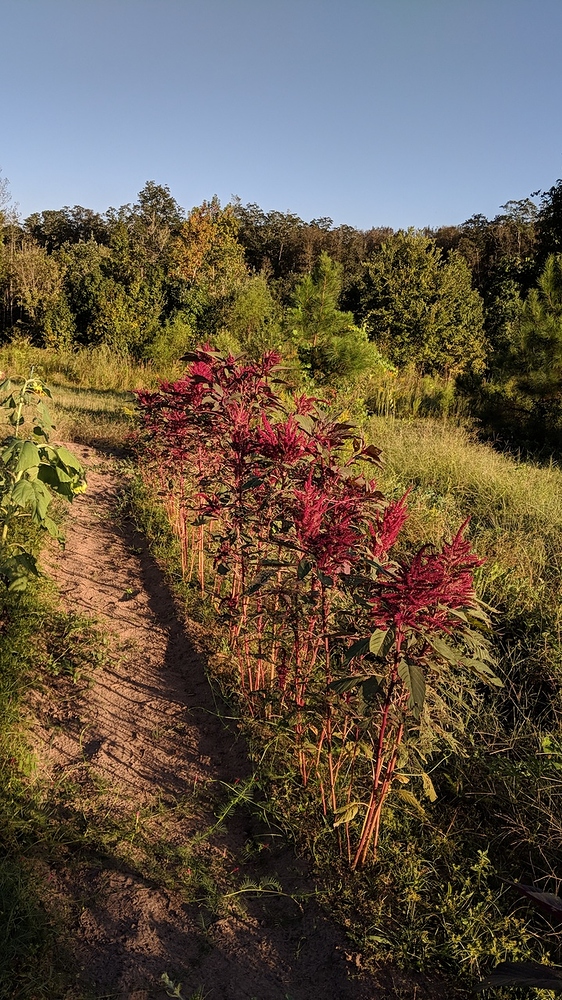 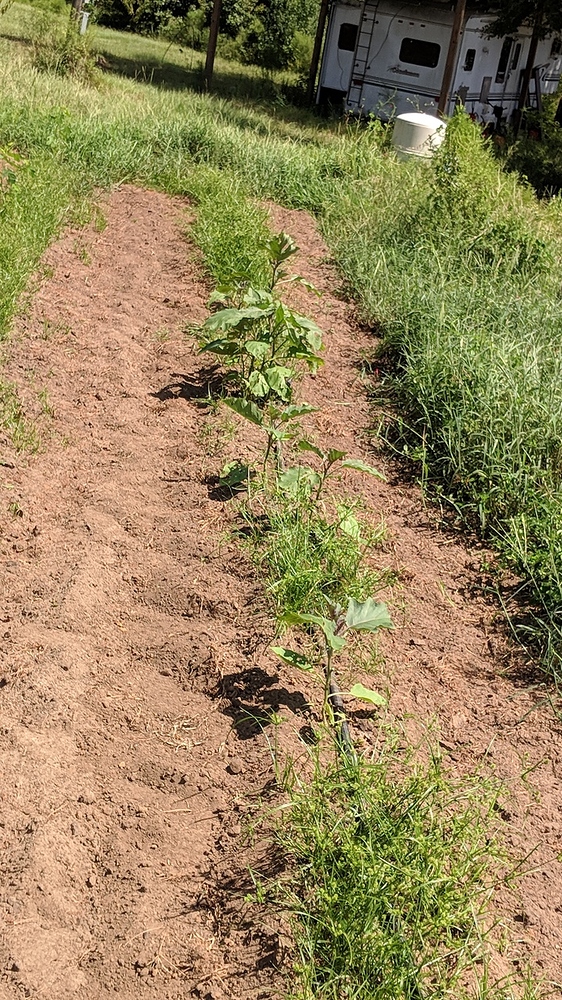 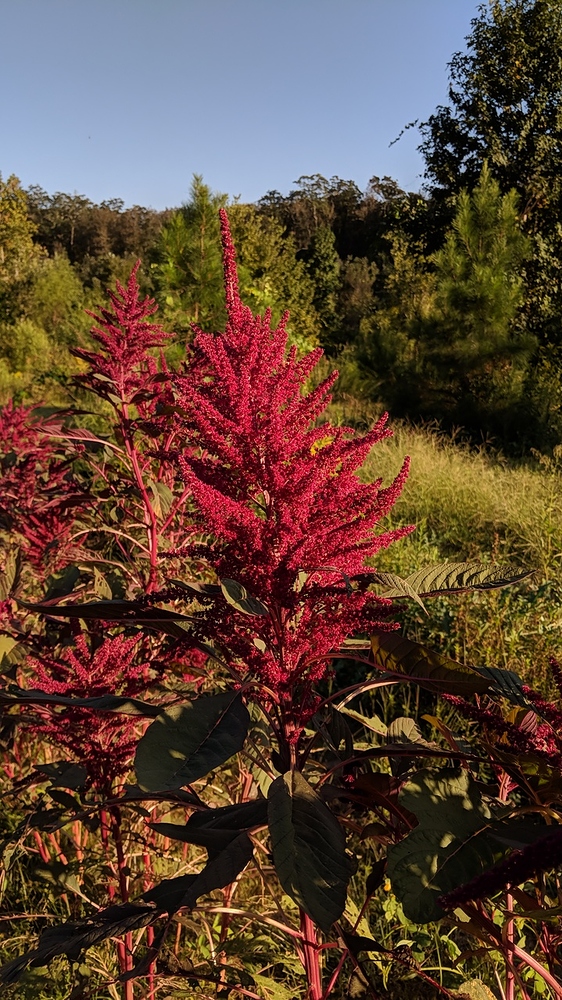 This is the first year I removed plants not because they died, but because I had enough of them. Bush and pole beans, eggplants, sweet peppers, all went this weekend, kept one bush bean, one eggplant( mostly for bees) and couple of peppers. Second crop of carrots still far away from the target size. Sorrel, self seeded dill (second crop), root parsley all enjoying cool weather. White alpine strawberries and Mara De Bois still full of green berries, but they are not getting ripe fast enough and chipmunks are eating them green.

What do you do with the sorghum?

I pulled my zucchini for that reason - tired of it. Every day, one or two new zukes, more than I could ever use.

I may not grow it at all next year

I am going to try to get syrup from the canes and I will use the seeds as popcorn. You can use the seeds like Amaranth or quinone too…this is my first try so it should be interesting!

did you find that amaranth is easy to cultivate, dutch?

Only trouble I’ve had was it rained 3 straight days after I planted and about half washed away or rotted. Those that took have been quite Hardy . I have had to use Spinosad on them for those bugs with the two claw looking things. They have been in my sunflowers too. I don’t know what they are called but Spinosad controls them for the most part. I direct sowed them .

‘early girl’ tomatoes below, scorched the entire summer and just now bouncing back, thanks to cooler weather 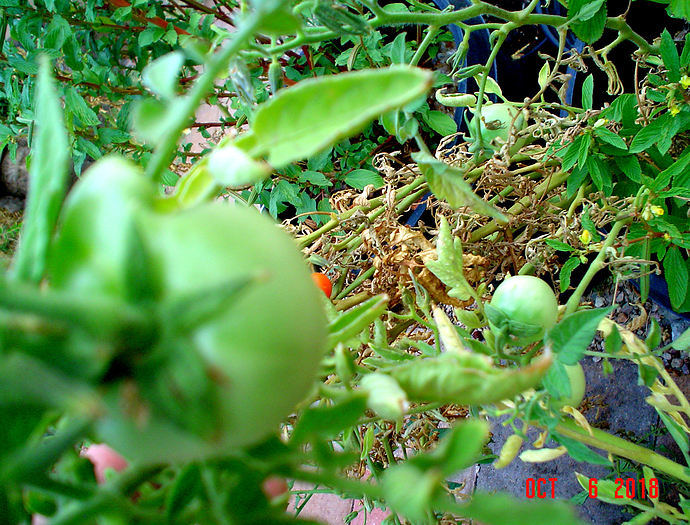 below, mellow mallows: okra and egyptian spinach. Sweet pods and sweet greens! And of course, our jujubes still bearing fruits 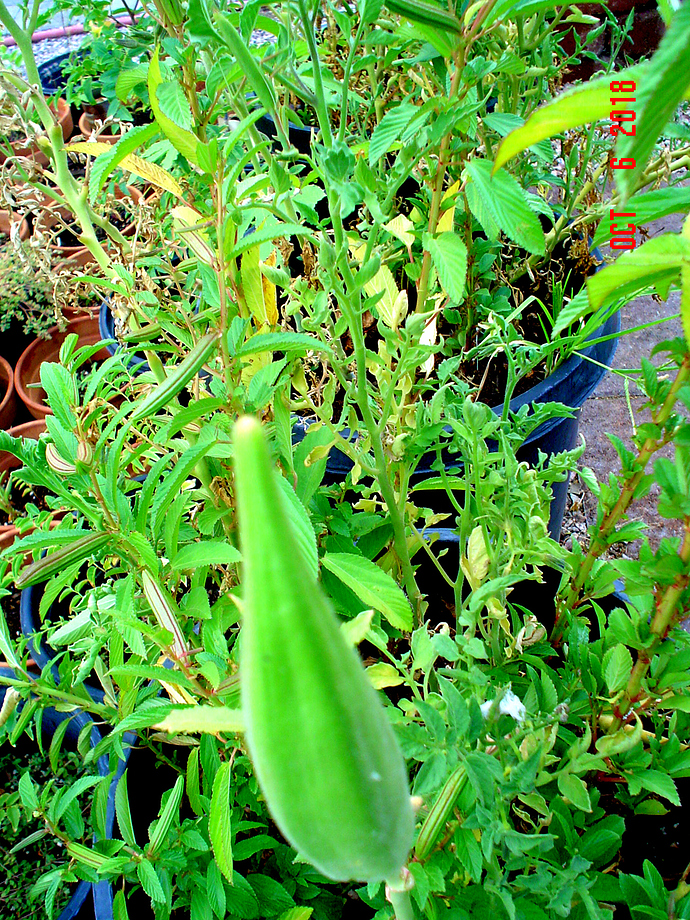 I pulled the tomatoes. They were still producing, but with the short days the flavor wasn’t all there anymore. And people were getting tired of them

I looked it up and I don’t think they are earwigs. They do fly quite well. I think I can get a picture. They aren’t particularly skittish.

Here the little nasties are. 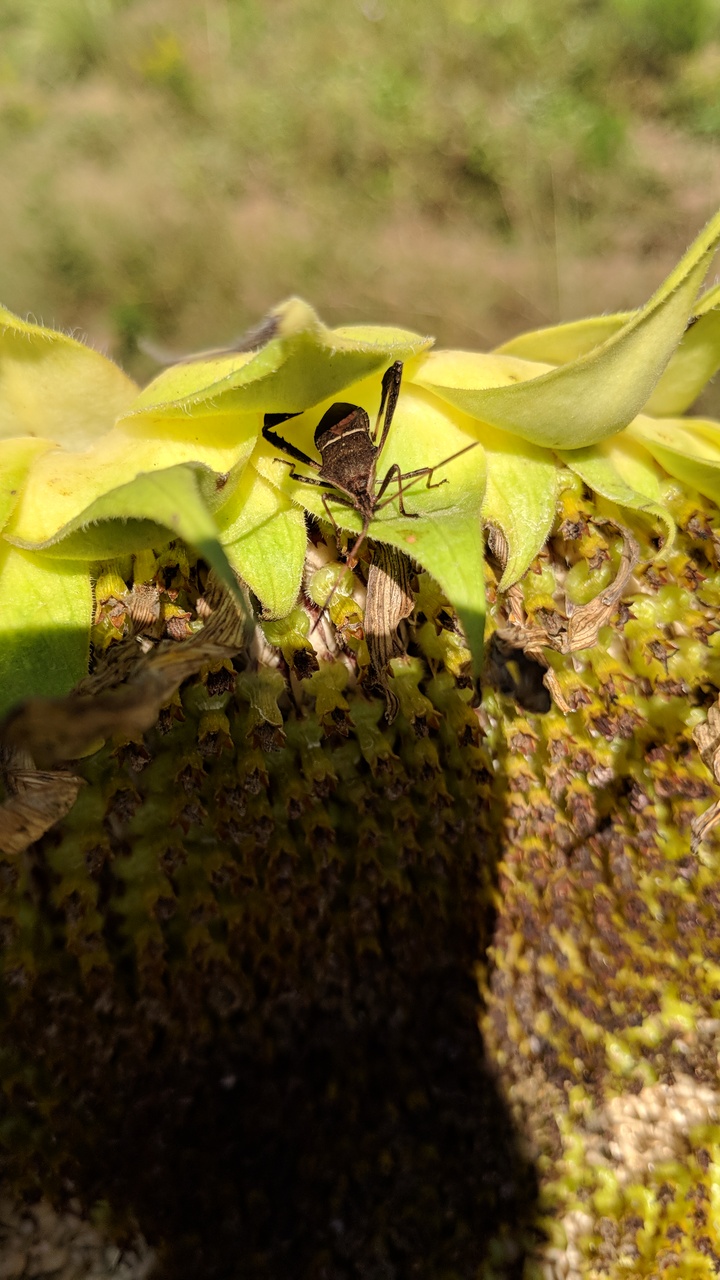 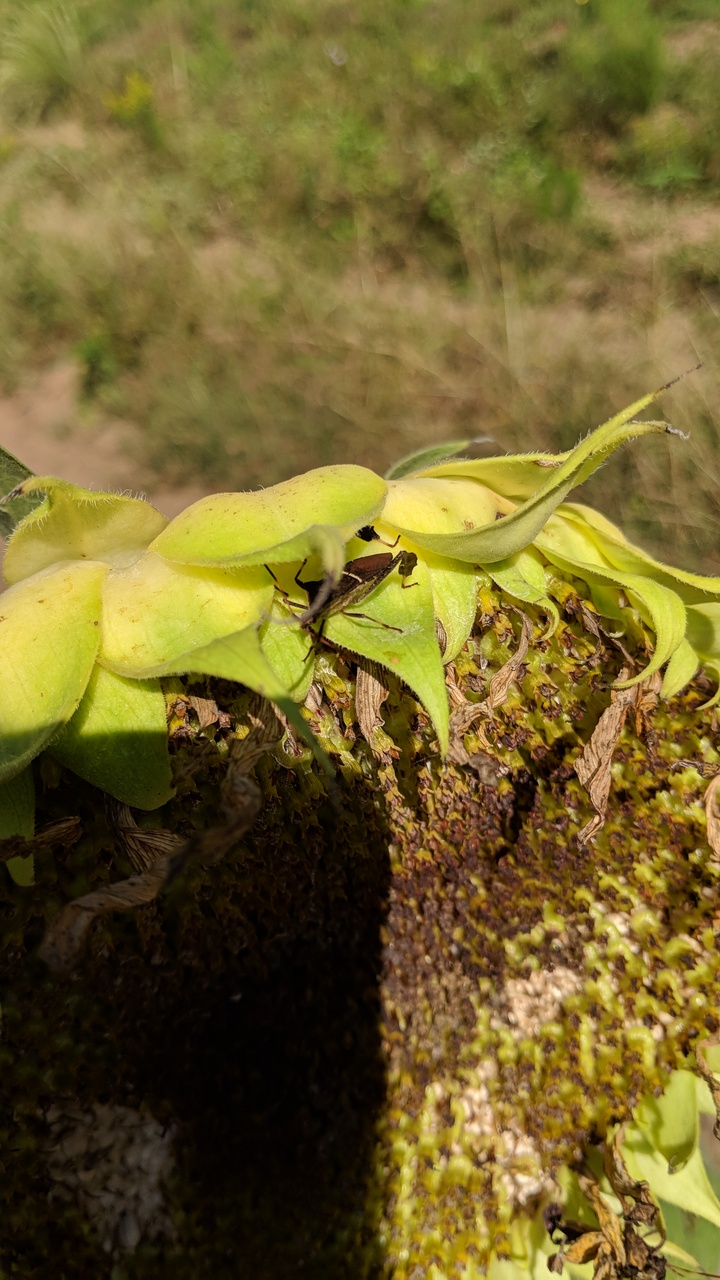 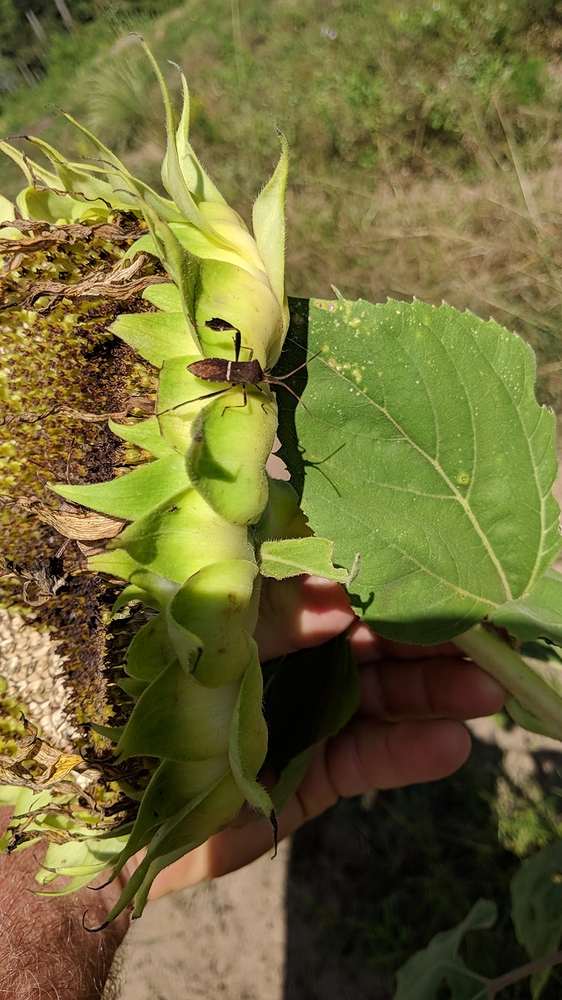 seems like you have leaf-footed buggies. They are obnoxious, i agree.

Not much here. My Early Girl tomatoes and sauce tomatoes are done, but I have a couple of volunteer tomato plants that are producing a little bit. The long beans held up better than any of my other beans but they’re just about finished. The eggplant is going strong, the bell peppers & jalepenos are still doing OK, and the parsley is still producing. I still have a few carrots out there and some Broccoli Rabe, and might plant more of that yet. The bitter gourd is doing tremendously well. Nothing bothers that plant at all, except the frost.

Harnful? Would that be the same as a leafhopper? Sorry, I just don’t know.