What is the best hoe for mulch?

Mulch has mostly worked well to suppress the weeds - there area few spots where I either did not lay enough paper and/or Mulch that I am getting some weeds breaking through. I am new to hoeing and wondering what type of hoe I should be looking at.

I use a hoe for weeding in bare dirt locations (my veggies garden)… on crops that I do not mulch… Okra, green beans, corn, etc…

But now I plant my tomatoes in same garden space… just change their location each year to rotate. I mulch my tomato planting with old hay… good and deep… to suppress weeds but mainly to retain moisture. If any weeds do sprout up thru that deep hay mulch… l just pull them out.

I normally do not hoe where I have mulched.

For weeding in bare dirt plantings… I have a single tine hoe for close work… and then a 4 inch and 7 inch stirrup hoe that I use on more open areas.

Shallow cultivation is key to success in weeds. There is only so much weed seed in the top inch of soil… if you cultivate no more than an inch deep… each time you do that… less weeds will sprout up. After 3 or 4 shallow cultivatuons your crop should be able to shade out the few weeds that remain. 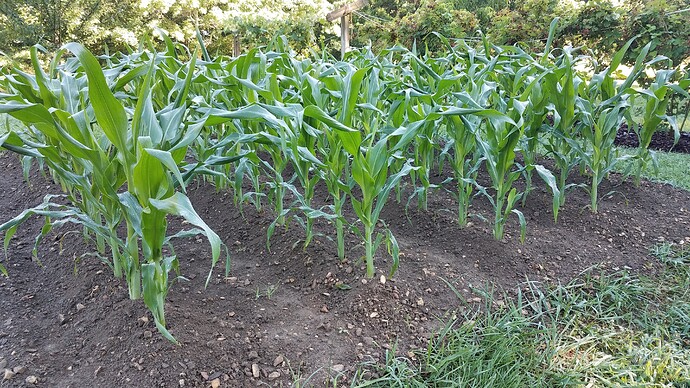 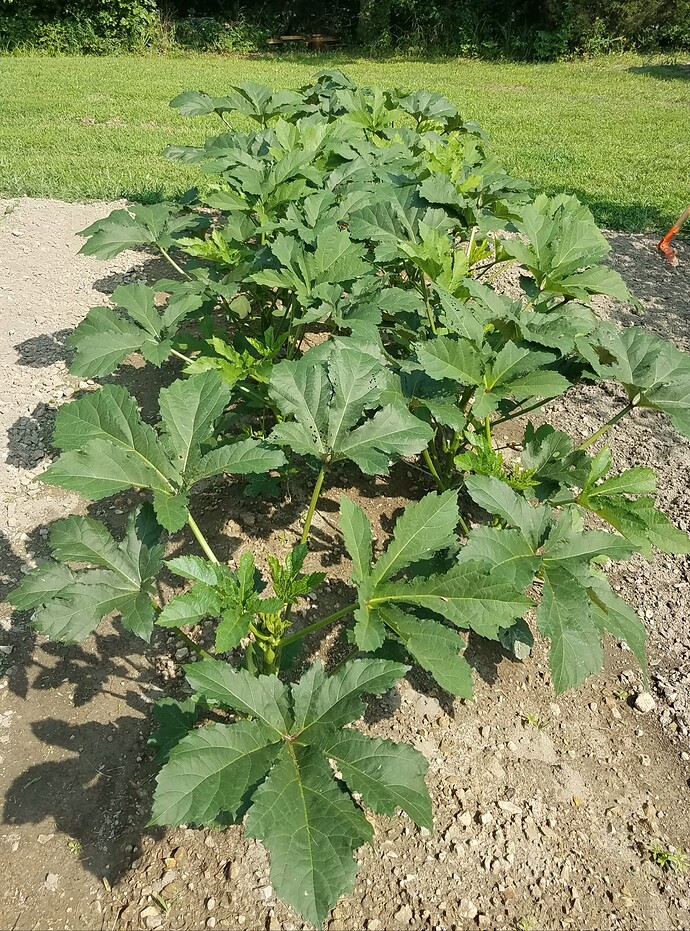 Examples of okra and sweet corn.

If I have an area mulched and weeds come up thru the mulch… I would pull them out… and consider adding more mulch… I put down a thick layer of old hay under my tomatoes… a good 8 inch thick… rare for anything to sprout up thru it… but if it does… it is usually easy to just pull it out roots and all… and perhaps apply more mulch if that continues to happen.

I use a rake thing- can’t remember what they’re called but it’s like a small forked rake with 5 tines very rigid. on a long handle. I use it to spread mulch and yank weeds out of it

I also have a weed chopper step upon thing someone gave me for the long tap root weeds. I’ll try to get photos in the morning for you.

I prefer a scuffle hoe in mulch, you are dragging the hoe through the area below the mulch without disturbing it. It takes some practice to use it and also it needs regular sharpening to work well.

I second the scuffle hoe! My go-to weeder. I’m also curious about the “Dutch hoe” that Roy Diblik promotes. Hoping to make a road trip to Northwind to check them out this fall.

I have never tried hoeing under my mulch… Hmmm…

So above is a stirrup hoe (what I have)… I have a 4 inch and 7 inch… works great. works forward and back (push and pull)…

but noticed you said scuffle hoe… 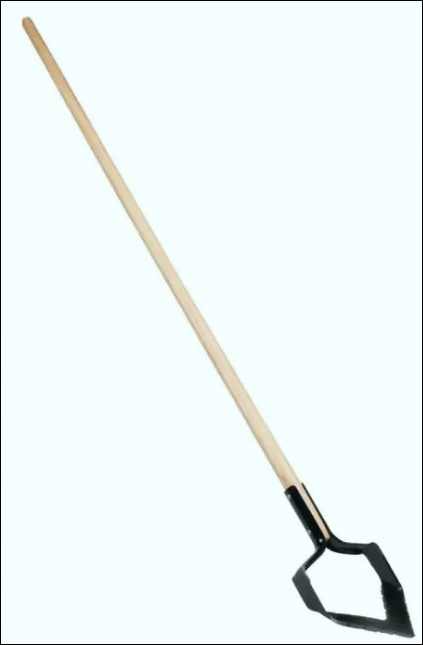 Found one of those on hoss tools above… 1 review and 5 stars - says it works great. would not garden without it.

Looks like they would both do similar work… slicing off weeds for shallow cultivation forward and back.

Mine looks similar to your first picture and I have always called it a scuffle hoe. Turns out that both hoes you posted are considered scuffle hoes, the stirrup type like your first image and the triangle or Dutch type like your second image according to University of California extension: Scraping: Scuffle Hoes / Weed Control User Tool (WeedCUT) / Methods for Managing Weeds in Wildlands

I was referring to more like the second type, but even less like a stirrup hoe in that there is no “box” of metal. The one I have looks like this: 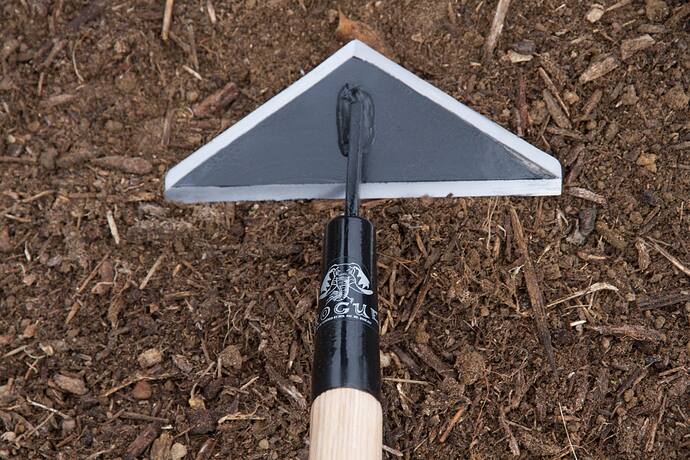 With the center thing only it is a bit better at getting under mulch without disturbing it, the stirrup hoe has two pieces of metal you are dragging through the mulch and disturbs it a bit more.

I have what scott has. Triangular blade sharp on all three sides works great! 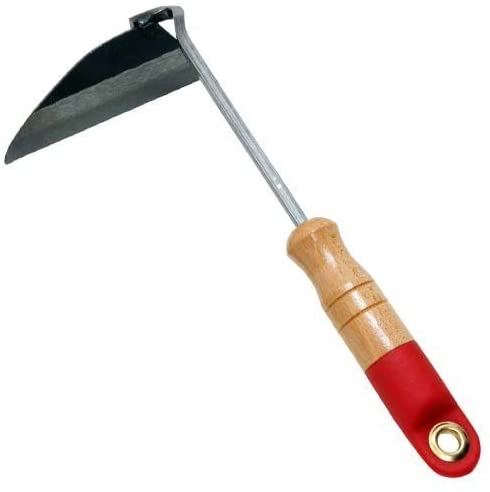 The stirrup hoe works well for me in mulched beds because the top layer of mulch doesn’t move all that much since it kind of goes “through” the open box rather than being pushed away. DH bought me another type, similar to this one: 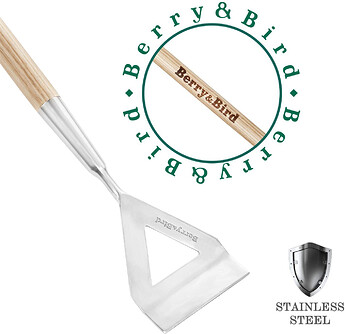 I just ordered one of those Rogue scuffle hoes. I’ll let you guys know how it works when it comes in.

mine looks like this but split into “forks” if that makes sense. I think it might have been made out of one of these, it’s hand made.

The Rogue scuffle hoe is awesome. It slides under the mulch and cuts the weeds easily. 80S – 8″ Scuffle Hoe | Prohoe
Best price I found on it. Amazon and ebay want 90 bucks I think.