What Is This Yellow Raspberry?

I planted this plant on 7/14/2015. It put on some berries even before that. It put on more berries just now. So can I say that this is a summer bearing raspberry?

The berries are considered orange color. But turn slightly pink with mature. What variety can this possibly be? 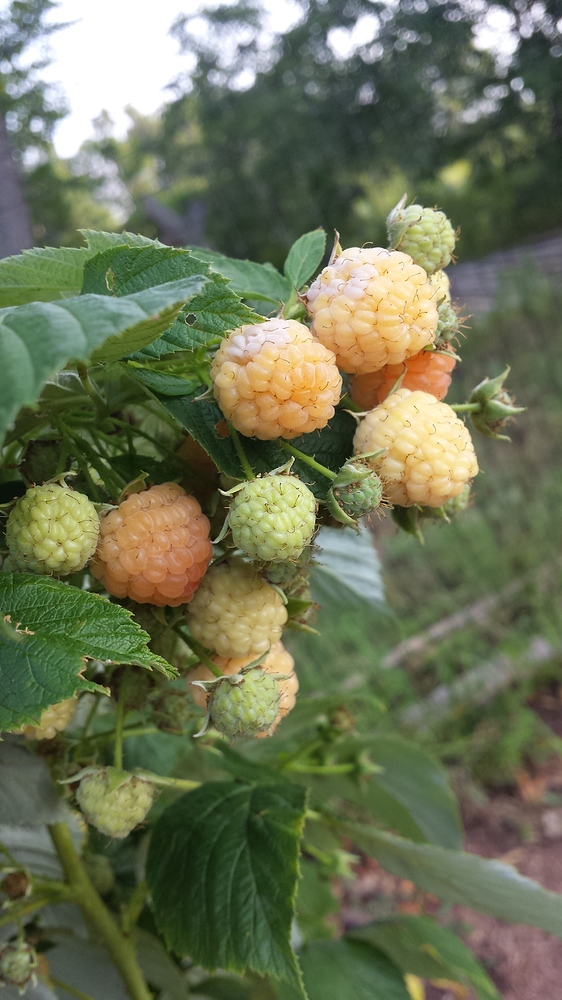 Honey Queen, Kiwi Gold, and Cascade Gold turn orange. Others I never tried exist too. Anne and Fall Gold really stay yellow, or a lighter orange.
One that turns pink is Double Gold. Here are some of my Double Golds with Fall Gold 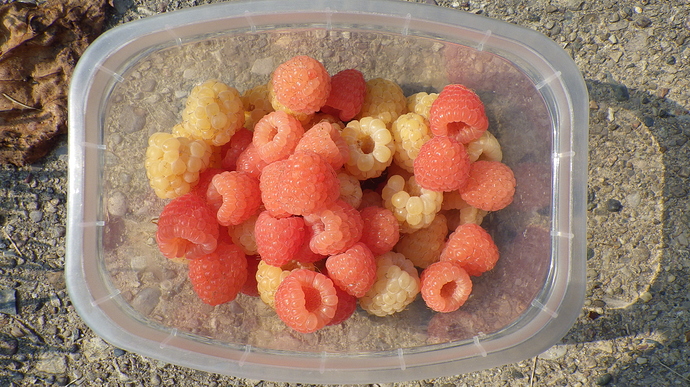 Looks like my Fall Gold, that started producing last week or so. Sounds like a fall bearing/everbearing type if it fruited earlier and now. Is the current fruit on the primocanes?

Not sure if this is Fall Gold. When mature, it has a distinct pink tone to the berry. The berry somehow look like the ones Drew has.

I believe the berries are on the primocanes. But I can’t tell since I received this only about 1 month ago.

The berries look heavy now. There is some white stuff on the top. Not sure if this insect related.

here is some white stuff on the top.

That is probably sunburn.

I’ve just put on bird netting on top of it. Was going to put on some support. But may just skip it for now. Trellis should be up end of this season.

I’m going with fall gold…i think i have this one.