What is wrong with my tree peony? 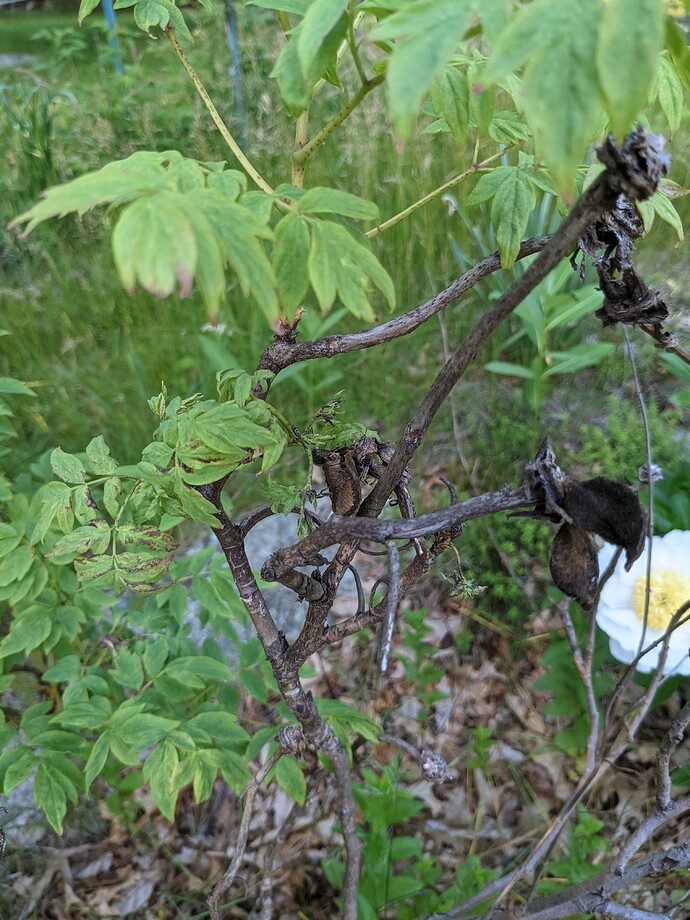 I think it’s a rockii. It was a seedling, and I’ve had it for more than a decade. But it showed signs of whatever’s ailing it last year, and looks pretty awful this year. Most of it didn’t come back, and what did looks pretty unhappy.

I bought four of these, from four seasons nursery, from Bloomingfield Illinois. They mailed them one year ago around July 4.Even though I planted them immediately, and watered them generously throughout the dry. Afterwards, I even created little scaffolds to cover them from excessive sunlight for the first week, two of them died by the end of the fall. And this spring two of them have managed to get some leaves. But they look sick, a little like last fall, and they look a lot like yours. So whatever yours has, I think mine had

Could be a root rot or something such.

I am not up on the info for tree peonies but the most common peony disease is botrytis.