@clarkinks
I took a lot of the info in this guide and adapted it for home scale. Like @Hillbillyhort said, harvesting before the pods open (I waited until a few brown pods) is key to minimize losses to wind.

I haven’t tried saving the tubers to plant, and I haven’t heard of people doing that. You should give it a shot! How long did it take for your vines to flower and produce beans? I didn’t plant any this year, but they weren’t flowering until September of last year for me. Maybe it was a bad strain.

Good link , thanks.
Also , I’dont remember and deer damage on sesame.
Even the Monticello strain takes a long season ,but doable …
Start early , like tomatoes

Those are beautiful, do you eat the entire bean or shell them?? I love the look of them. Can you eat them raw? Botanical name?

They started to produce in August. You need to buy the day light neutral version. If not they will wait till days get shorter to produce.

Yes you can eat them raw. They started out producing one or two beans here and there. Not enough to really work with it. So I’d just toss it in a fresh salad.
You eat the entire bean. Just like string beans. If you let them hang them on the vine too long, they’ll develop a string. If you pick them young, no string.*Psophocarpus tetragonolobus

Those bean vines look huge! They’re loving that full sun and well-weeded soil. Bit of a contrast from my own growing conditions, but mine did resprout rather recently as well, so that could ve a factor. And seeing that mine died back and resprouted, storing the tuber should work just fine, though I’m not sure for how long.

I had also tried Asparagus Pea, Lotus tetragonolobus, but it really didn’t like my heat. Tuberous vetch did well for me, until the rats found it, dug it up and ate every last tuber… Nothing to resprout.

With such faint praise for the yard longs, I think I’ll stick with the winged beans and the zipper creams then.

I’m also growing Lerén / Topi Tambo (Calathea allouia). The plants look a bit like arrowroot, but you don’t eat the rhizomes, you eat the tubers beneath them. Small and crunchy, like water chestnut, with a taste like corn. Delicious! But a bit tedious to remove the tough skin (I’ve been told this is easier after cooking). Incidentally, I boiled up an arrowroot this morning. I didn’t dare swallow (my digestive system would’ve killed me over those fibers), just chewed on it a bit. The taste was good, kinda like potato… And I was honestly half tempted to swallow despite the fibers. 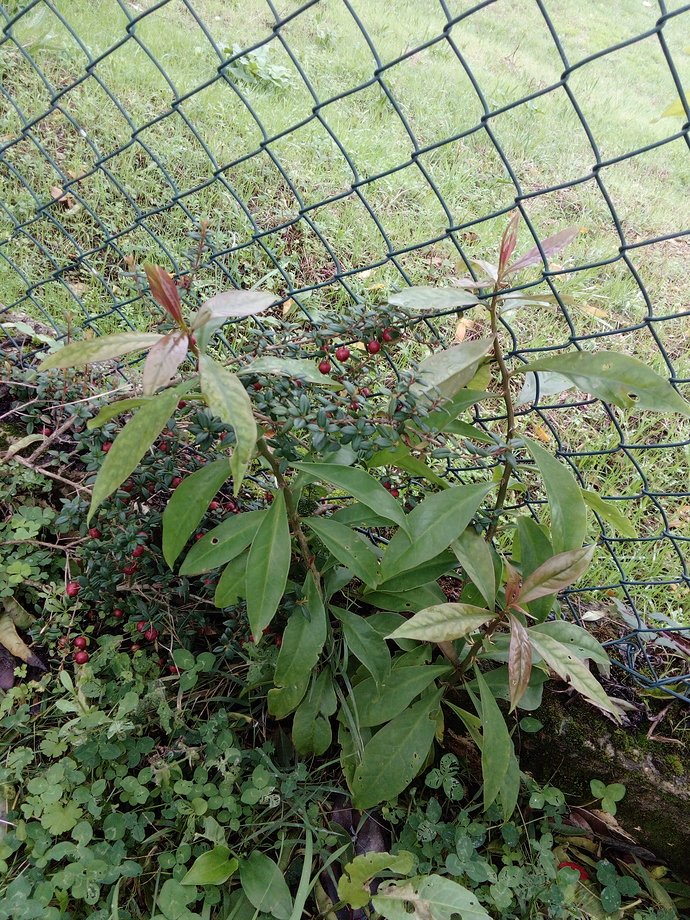 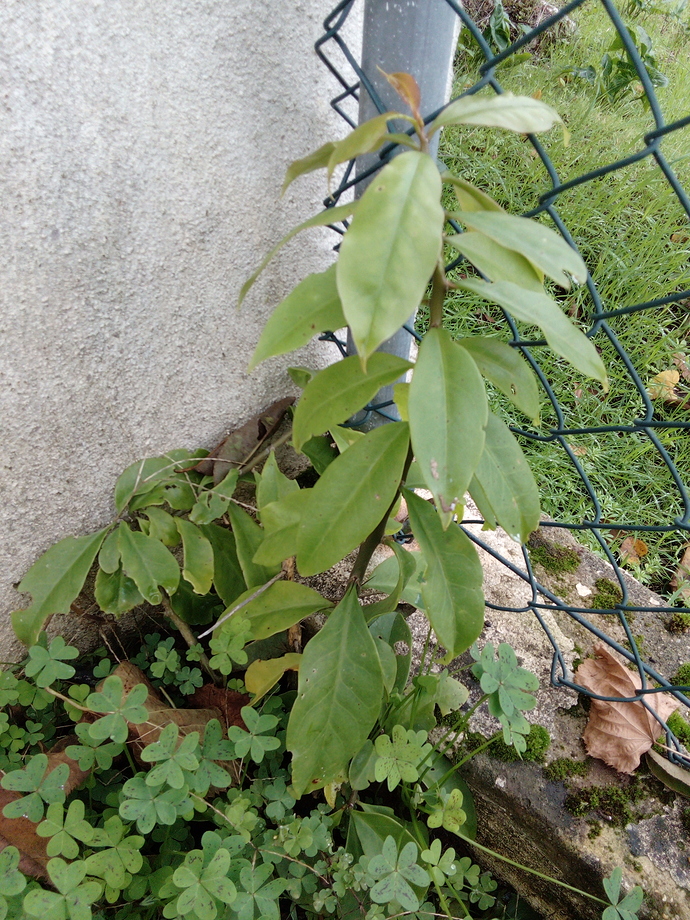 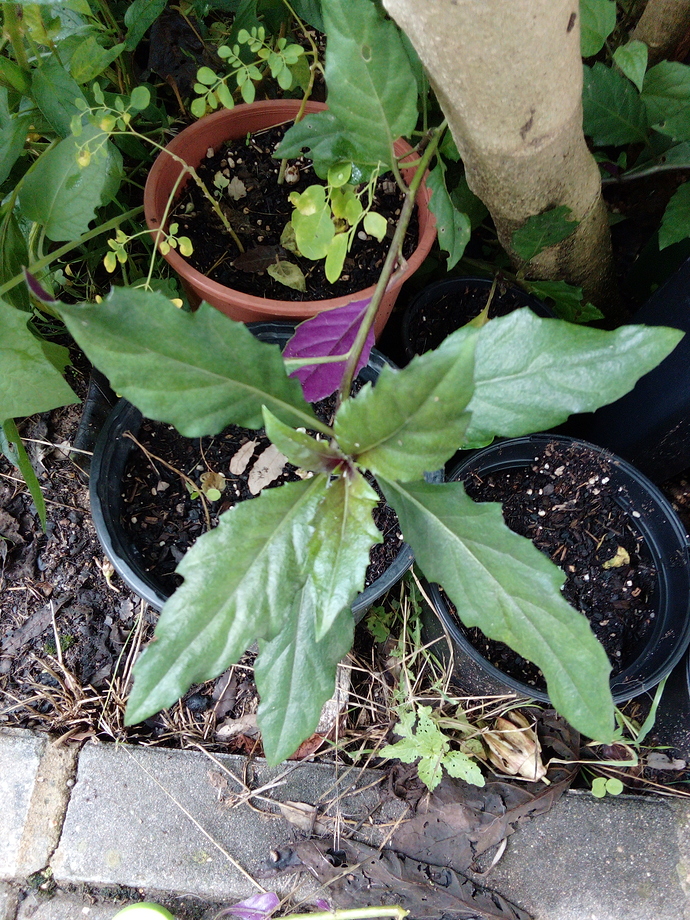 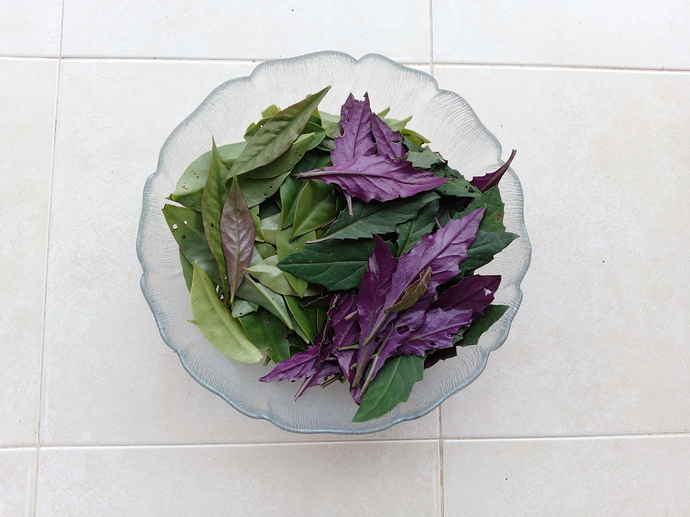 Pereskia aculeata is a type of cactus? Its leaves are edible?

Hi! Yes is a cactus and very delicious and nutricious!

Pereskia aculeata is a scrambling shrub in the family Cactaceae. Common names include Barbados gooseberry, leaf cactus and ora-pro-nobis. It is native to tropical America. The leaves and fruits are edible, containing high quantities of protein, iron and other nutrients, and it is a popular vegetable in parts of the Brazilian state of Minas Gerais under the name of ora-pro-nóbis.

Wow, I want to try. Is it easy to grow from cuttings or from seeds?

From cuttings.I think it’s more os less easy to find. They are truly superfoods! Ora pro nobis have 25% of protein with all essencial and no essencial aminoacids!

I’m growing Ora-pro-nobis from seed (sourced from Trade Winds Fruit in California). It’s been growing rather slowly for many years, still doesn’t reach my waist, but that may be due to me not using fertilizer. I bought it as Barbados Gooseberry, but I still don’t know if solitary plants can bear fruit (I’m hoping they can).

Hello my friend! Even for th leaves it’s worth to grow it. The leaves are a real superfood! And they are delicious… i eat them raw or cooked! 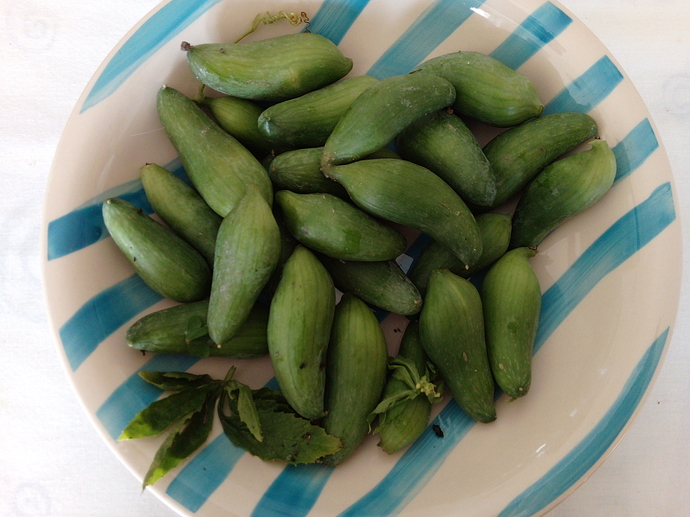 Thanks for the recipes, they look good!

How does the Caigua taste? How do you prepare it?

Hello Ceasar how are you my friend?
They taste great! Ver mild flavour. You can eat the leaves and fruits raw or cooked. You can eat them raw in salads cuted or cooked as a curgette or spinash in soups or other recipes. I use it on my veggie/fruit morning juices too.
This is the vegetable that regulate high colesterol more fast!

We grow caigua, I am not in the right climate for them to thrive but we still get a crop most years. I have never seen anything anywhere near as large as the one in your video. That one is amazing.