When do I take Fig Cuttings?

Every year without fail my figs die back to the ground. I wrap them I cover them etc. I was wondering when can I take cuttings that I can grow during the winter? The branches die anyway so why not take a bunch of cuttings and root some more fig trees by spring?

What’s wrong with a hard freeze?

What’s wrong with a hard freeze?

Out here hard freezes tend to kill back figs pronto. Last two yrs the first freeze has been about 19F. No need to risk that before taking cuttings.

For me I’m good if they are taken before January when the real cold sets in. The longer after Jan 1 the less reliable the cuttings are to root. Of course many years I took them in Feb or Mar, and they were good. Not the last two years though.

My wood is still green and healthy looking after 19 also. Someone has requested wood from my tree and will have to do with this, but I’m pretty sure it’s still fine.

Alan,
It’s very hard to root green wood, unless it’s during the season. Otherwise, the wood
needs to be lignified.

What about figs in pots? All my figs are in pot outdoor during the summer. I brought them in the garage when hard frost hit (25-29F) a couple of times these past two weeks. Should I just leave them outside through frost until they drop all leaves?

Last year, I brought them down to my unheated basement in Nov. This year I’d like to take some cutting to swap but not sure when to do it. I do not want to damage the wood if I leave them outside too long, either.

It depends on how big the plants are, and if the wood has lignified.
I see no reason not to wait, until they drop all of their leaves.

1.01 Collecting / Harvesting;
Cuttings can be taken in the early winter after leaf fall or early spring just before bud break.
in colder zones where the unprotected branches will be exposed to extended temperatures below 15 deg F. its recommended to take the cuttings before they are damaged by the cold.
In warmer zones the cuttings can be taken in early spring just before bud break, which is the usual recommended time. One reason why this is preferred is that the sap is starting to flow and the plant cells (branches) are being hydrated in preparation for bud break.
Click image for larger version Name: cuttings.jpg Views: 1 Size: 327.2 KB ID: 1020

Isn’t the problem of rooting about the roots only beginning active growth as vegetative shoots also do so. This is how fruit trees behave in general- Established roots can generate a small amount of fine root when trees are dormant, but in spring, apples and other trees start generating a lot of root, even directly from the rootstock crown, beginning as buds start growth. .

Fruitnut,
It will be in the 30s tonight so i will take the cuttings before it gets much colder. Leaves will drop soon. 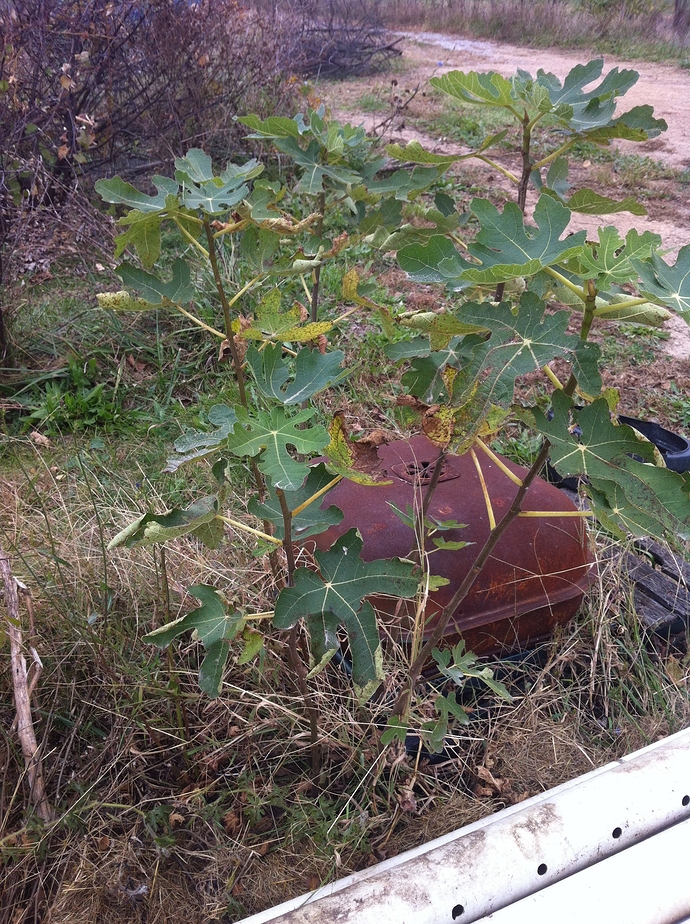 You haven’t had much of a freeze yet or the leaves would be crisp. That means wood is fine and will be until you get a hard freeze. It’s hard to say just what will damage the wood which looks mostly well matured. It could be 15 next week or zero in a month or two. If you’re ready to start rooting cuttings there’s no upside to waiting.

Thanks @fruitnut I was going to stick them in rooting hormone and put them in perlite or sand and put them in a sealed bag. I need to get a heat mat. Any suggestions beyond that?

That should work. I’ve had reasonable rooting success holding them at 75-80F.