Where does your wheat come from? Kansas maybe?

This would have been a common site in NE Kansas 30 years ago but wheat quit being profitable long ago. The fuel prices and fertilizer costs add to that. Wheat is still grown in large quantities in the western part of the state. This is my neighbors wheat field. It was likely worked into the rotation to reduce weeds. Soybeans will likely be double cropped with the wheat. When you see in the photos how heavy the wheat produces you can see why Kansas is known as the bread basket. It will ripen up in July. This is a small field of 50 or so acres lined with grass to help prevent erosion. The grass can still be bailed up. 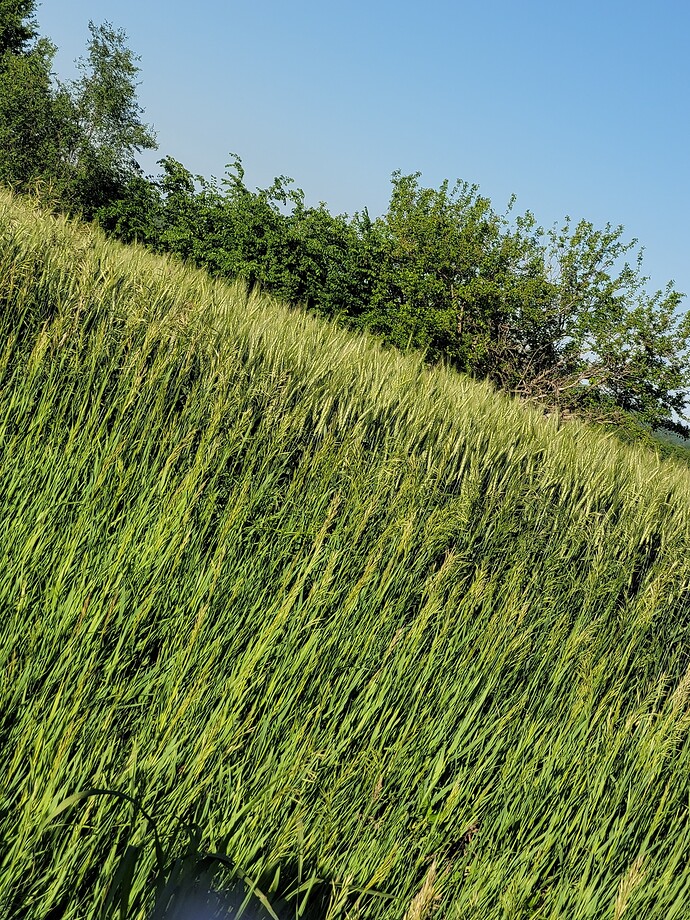 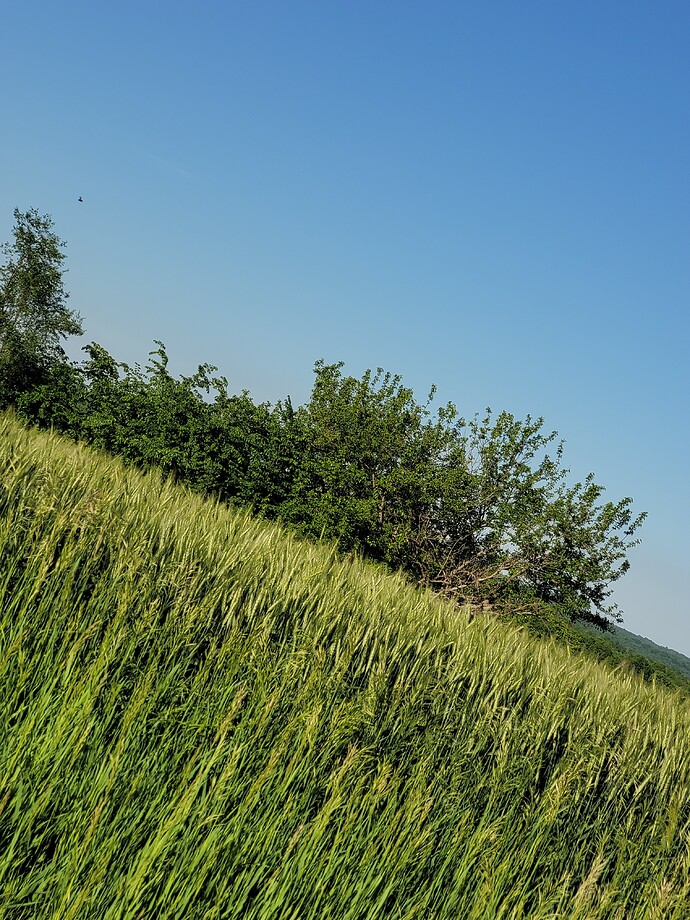 Here’s where mine comes from:

Will be buying several bushels out of the fields this year we might need it. A farmer I know raises his own open pollinated type he grows year after year.

Do you grind your own flour?

Yes have done so many times. When it comes to grinding wheat i have a hand mill but seldom use it. Often times I just run it through the blender and put it through a flour sifter for what I need right then. It takes 10 minutes it’s super easy and cheaper. Have a hundred pounds of store bought to use first. Whole wheat stores a long time.

Except for the Govt Food Pyramid… do we as humans even need to eat grain?

Is eating grains healthy? or unhealthy? 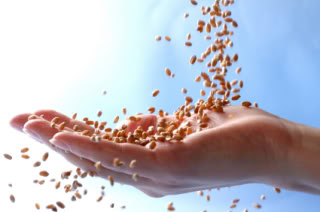 Why Grains Are Unhealthy

Anti-Nutrients, lectins, gluten, phytates: Humans aren't designed to eat grains. Grains, even whole grains, are not healthy. Find out why grains are unhealthy.

It keeps us alive I don’t know about healthy. If everyone stopped eating grain today it would be ugly i suspect we would run out of food quickly. Rice is incredibly popular in the world though not as much in the USA as many other places. Imagine your in a buffet line and potatoes are the filler food. Let’s say everyone says potatoes give us sore joints because they are a Nightshade so they all instead get hamburgers only. How many people got to eat ? Let’s say now everyone says grain is not healthy so there are no hamburger buns being eaten. Then everyone swears off tomatoes as they are a Nightshade. All food is nutritious but it’s all a little poison to. Every fruit has a bit of poison in it. Arsenic can be absorbed from the soil Arsenic in Fruits, Juices, and Vegetables | Arsenic and You. Don’t drink the juice either its got lead in it FDA Takes Action to Limit Lead Levels in Juice - Consumer Reports. Ofcourse I’m joking but attempting to make point there is really no perfect food. Many nuts and berries contain tannins and other things as well the list is long. Most vitamins like vitamin A are poison in large quantities. Limit what you eat whatever it is because even water has some undesirable things in it. Back to your statement and question yes grain can be unhealthy. It’s very unhealthy for certain people and they should not eat it.

Is eating grains healthy? or unhealthy?

Eating too much of any one thing is unhealthy. The problem is that with the misguided fat scare (spoiler alert, it is not linked to heart disease) we moved into grains and sugar, with the latter actually leading to heart disease.

Yes sugar is unhealthy but that’s a Slippery sloap. They tried prohibition before and we know where a good portion of the sugar goes its not candy its alcohol. Who’s going to give up their addictions? If the past has taught us anything it is to leave people’s vices alone in my opinion. I’m not saying your wrong either. Lots of the grains to brew those craft beers are being grown here. Is beet sugar instead of cane sugar a problem? I don’t know the answer but have heard the question.

If everyone stopped eating grain today it would be ugly i suspect we would run out of food quickly.

Im not sure we eat much of the grain we produce… i think we feed alot of it to livestock mostly here in the US. It was once said that if we did not feed grain to livestock we could feed 800 million people.

Wheat makes good bread cakes and liquor and beer… and all kinds of luxury foods that make us more unhealthy.

But i remember if i wanted to do a hard job i had better eat my Wheaties.

If you think Rice is a chinese thing…its not. Corn is king there. They produce almost as much Corn as we do and are the worlds leading importer of Corn. Not sure why… dont think ive ever had chinese food with corn in it. Maybe they use it to feed animals.

Alot of sickness and health issues have happened since the arrival of European foods and ways… More hospitals, medicines, doctors. Progress?

Yes sugar is unhealthy but that’s a Slippery slope.

The slippery slope is not the one you are thinking about.

Dietary fat has negligible effect on cholesterol. Body cholesterol has a negligible effect on heart attacks (with the exception of the cholesterol ratio, but not the level). Being overweight does have a huge impact on heart attacks. The problem was that cholesterol lowering medications were super effective at lowering cholesterol, but people kept dying at the same rate anyways. Enter statins; they were also very good at lowering cholesterol and also lowering the incidence of heart attacks! There is only one problem there; if the problem was high cholesterol levels the older drugs should have worked just fine, but they didn’t. It follows that statins effect is not because they can lower cholesterol, and it is believed that it is because they lower inflammation. Except that statins are an over kill that will also kill you with other side effects, while not dealing with the underlying problems.

The slippery slope: Marketers can work with just about anything. Fat bad? Great, we can sell a ton of stuff by saying it is low on fat and cholesterol, and people will eat it all up. Except that to make it taste good they loaded it instead with sugar and salt. Unlike simple fats that your liver can break down in a jiffy, fructose is such a simple molecule that your body would rather expeditiously convert it all into triglycerides (fats). In the process it also raises your inflammation by a lot while promoting a ton of free radicals to run amok.

Since the 70’s we have been told to cut the fat, and proceeded watch society get fatter and fatter while watching pediatricians having to learn how to treat deceases unheard of on people under 50. It pisses me off to no end when doctors that should know better just double down on the same failed messaging.

You know corn is a grain so im not sure what you mean unless you think it’s better than the other grains.

Yes medications are in many cases as bad or worse than the disease.

Don’t want to get to far away from wheat and other grains but sugar, sorghum and others are fairly close. We know in the old days people could not haul their corn to market so they liquefied it into liquor which we also call ethanol now but that takes some kind of sugars. Sorghum cane for syrup is different from sorghum cane for grain aka milo but in some parts of the world its a major crop. By what I’m seeing have plans where your food is coming by sometime this summer I think our crops leave room for improvement by what I’m seeing.

Things many won’t know that you need to if you grow them are soybeans eaten raw cause health issues. 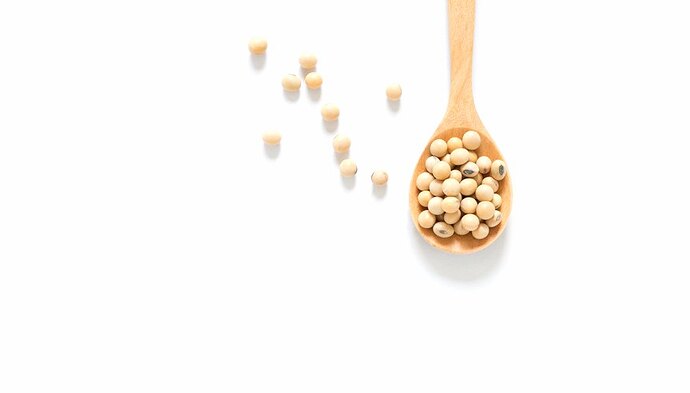 What Happens if You Eat Raw Soybeans?

What Happens if You Eat Raw Soybeans?. Many plant foods are perfectly safe to eat raw, but soybeans aren't among them. Some of the components found in raw soybeans can cause short term digestive problems, as well as possible long-term health issues....

I believe Kansas is the largest grower of wheat. Wisconsin use to grow a lot of it back in the mid 1800s but moved to other grains, hay, potatoes, etc. I think a lot of frozen veggies are grown in this state.

I couldn’t live without my sourdough and my egg noodles…dumplings?

Man has eaten a Big Mac a day for 50 years, attributes good health to walking

"I probably will be eating Big Macs every day for the rest of my life," said Don Gorske.

You know corn is a grain

Not gonna argue with ya lol… dried corn IS a grain. Fresh eating corn is a vegetable.

Corn is GMO and used to fuel our cars, make hard liquor, we feed it to our dogs and livestock. Roundup Ready corn is in everything. Good stuff. (not the same as the Native Americans ate).

Nothing like catching a trout on a piece of corn while sipping some fine corn whisky… frying up the trout in some nice coarse cornmeal. And a nice side of Sweet Corn Hushpuppies! mmm that sounds like a good meal.

I think you read the tea leaves about the same way I do.

Well, you just haven’t had my whole wheat bread or a good sourdough!

Don’t eat the stuff… or any other grains and especially hydrogenated grain oils… poison to me and I realize it (elimination diet results)… poison to lots of others that do not realize it.

@TNHunter
We may need to be eating acorns instead. Short term we got a grain problem there is not enough this year in my opinion. This year may get a little rough.

Most of my wheat comes in the form of pasta from Italy. They lace all kinds of stuff with both wheat and sugar, or course, but I try to miniize products with too many ingredients listed.