Who munched on this?

So, I went to check on what was waking up and I found this… 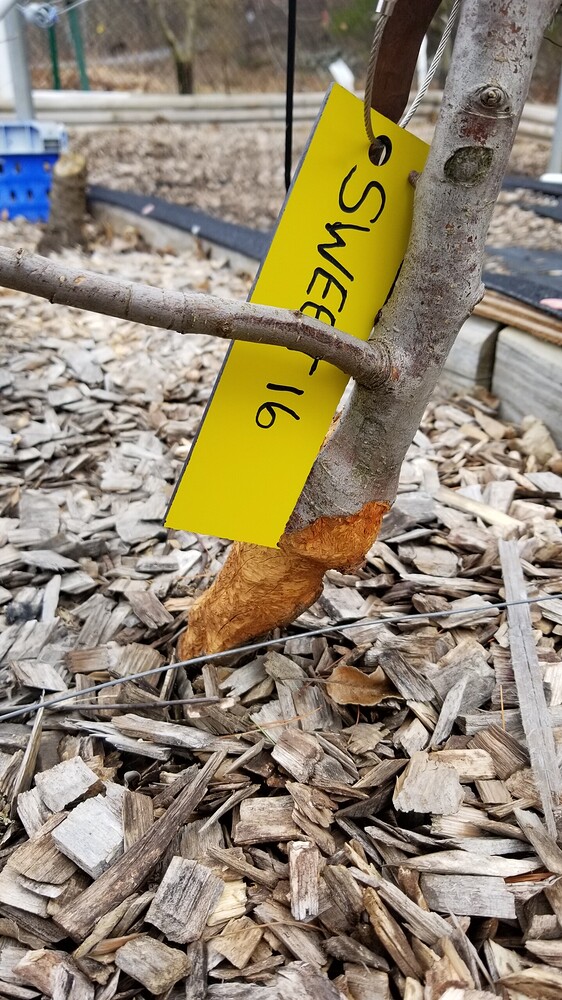 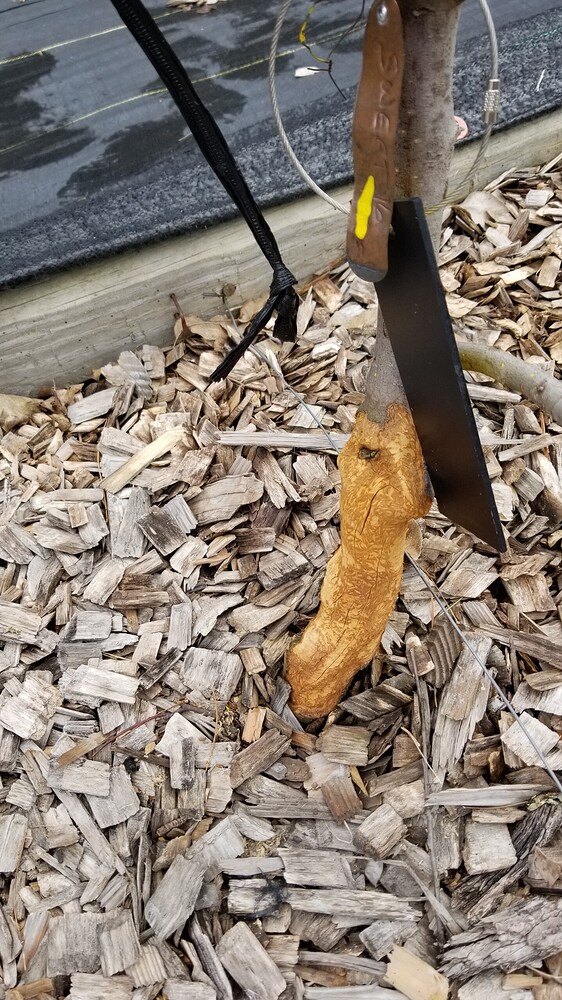 Guess I have to practice my “bridge grafting” skills. Totally girdled 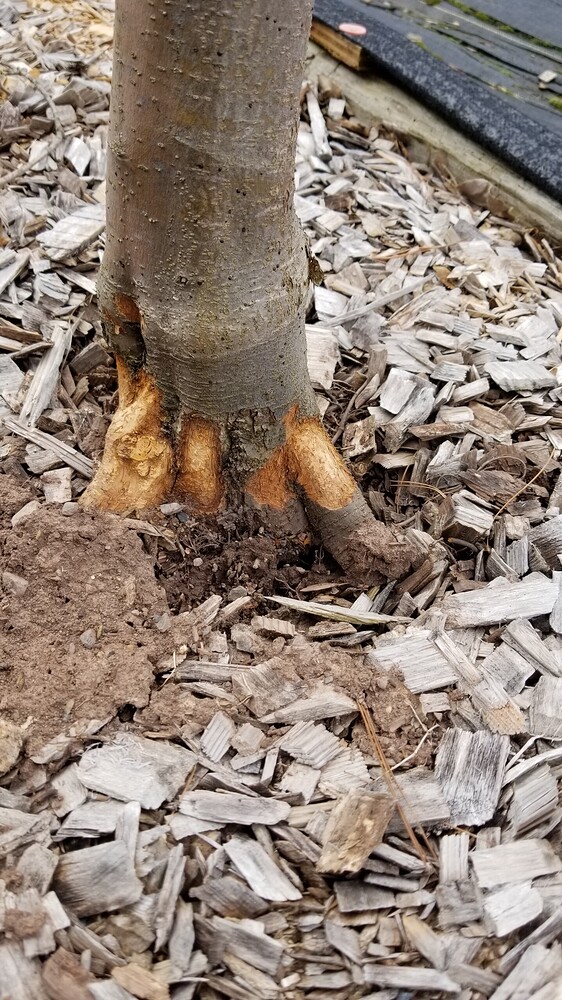 Has anyone ever bridge grafted roots.

BTW, was this done by rabbits?, voles?, or chipmuncks? Can we tell by the teeth marks? I have been blessed with all of these.

Due to the apparent size ,width of the teeth marks I would assume voles .
And yes you can graft onto the roots, using scions from the top , as bridging material , you will lose the size control of your rootstock. I usually use toothpicks size brad nails to fasten scions
And wax to seal .
If you have root suckers from known rootstocks , that will maintain size control.
If voles , ? You may find some roots eaten as well ?
Voles usually eat what’s under the snow, rabbits stand on the snow and eat at a convenient height.
You being in up state NY., I assume this area was under the snow .

The 2nd pic looks to be some kind of rodent, looks like rabbit damage to me.

Too low for a rabbit. I think it is voles too. I do not know chipmunks to eat bark, but I guess it is possible.

Voles or mice, I am sorry to see you have suffered this damage. Two seasons ago I lost almost all of my grafted apples in a small orchard, about 15 in all. They were my experiment on which type of apples would survive my zone and micro climate. Now, every year in the fall, I put an empty jar on it’s side under my fruit trees and inside it I place a secure rodent bait trap which is made so no other animal can get at the bait. I have not lost a fruit tree to vole or mice damage since.

voles! lost a whole row of nanking cherry from them 5 yrs ago. i too put out block bait in late fall in 12in sections of 3in pcv pipe with 1 end duct taped off. i place them all around the perimiter of my property. no vole damage since. my neighbor lost 20 highbush blueberry to them last winter. now he puts out block bait also.

Very sorry to see that damage to your trees! I would have guessed rabbits, because I had some very similar damage to my trees this year that I was blaming on rabbits, partly because I’ve seen the rabbits and their droppings around the trees, and partly because some of the damage was high enough that I think it must have been rabbits. So, I’m interested and a bit concerned to see that other people are thinking voles. (Why not both, I guess…)

Wrapping my trees in 18" of hardware cloth prevented most of the damage (the things that got hit the hardest were things that I didn’t get around to wrapping), but I guess the snow was high enough for something to nibble through the scaffold branches on some of the pears in my Belgian fence. Got them right where they branch out from the trunk. So, I think I will try to wrap that with screening material this coming year.

could be rabbits too but seeing how low to the ground it is makes me think its voles probably under the snow. thats when they feel safe to move around and are the most hungry.

That makes sense. I was thinking the rabbits might have gotten after it during one of the thaws when the snow melted down. (We got a decent amount of snow but it doesn’t stay as consistently as I’m guessing it does for you.) But could definitely have been voles or mice.

@MES111
I see black landscape fabric near these trees , under which is ideal vole / mice habitat.
Have you looked under there lately ?
Could be full of vole trails ?
Maybe a good spot for a bait station, late fall .

@Hillbillyhort and all who responded.

Thanx for the input.

I now do suspect that it was either the voles or chipmunks because I have not found any info that says that chipminks go after bark and as we all know there is plenty information that voles (mice) and rabbits do .

As to the landscape fabric, I know that it is a habitat, because during the last winter (2019) the wind got under portions of the fabric and lifted it off and there were tunnels galore under the fabric. But, there was no tree damage and I suspected that this was the work of the chipmunks. During the 2020 growing season I put out bait blocks at the above ground tunnel openings and I again suspected chipmunks as I also put the bait around the perimeter of the orchard and I had extremely minimal damage to any hanging fruit. I did NOT leave any bait out over this winter (2020)

So this Saturday I will be trying my rescue bridge grafting skills, but as a precaution, 3 weeks ago, I took muliple scion cuttings from the affected trees. I am also deep into planning for hardware cloth and othe remediation for this issue for next year.

Once again, thanx to all who offered insight.