How many grow wild plums? They may not be the size of the commercial verities but they sure are tasty and easy to grow
This one can only be a chickasaw plum even though it is growing in northern Michigan 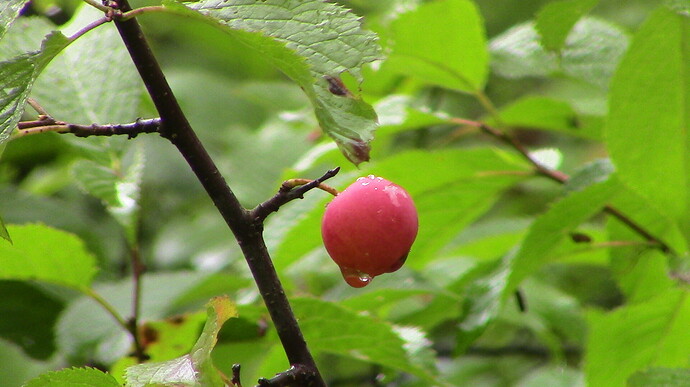 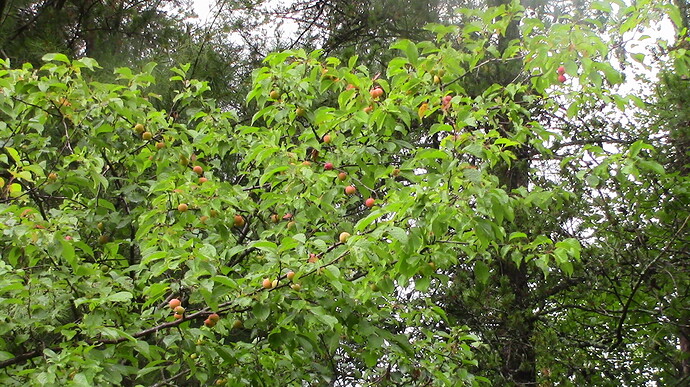 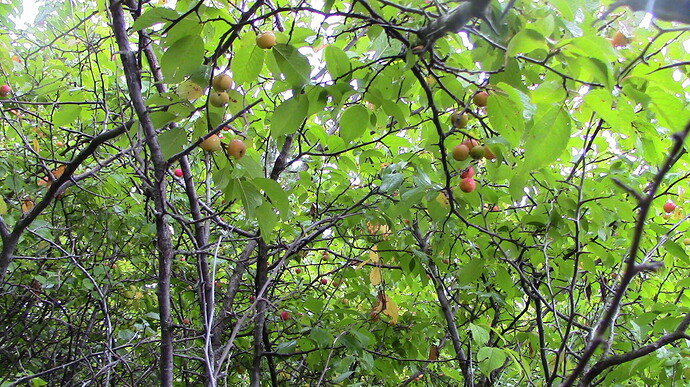 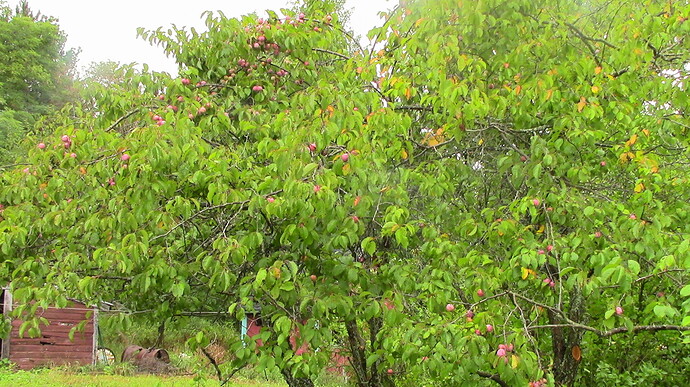 I have what i believe is a wild plum…the fruit looks wild…very tasty. I had a ton of PC damage and only a few fruits made it to ripen. One thing i notice is the limbs tear easily…i’ve had several branches break. I have several grafts on mine.

I had lots of wild plum trees (P. Americana) when I lived in MO that produced like crazy. I enjoyed them, they were always loaded with good fruit. Had a lot of issues with black knot on the trees, but it didn’t really seem to effect the production (but probably will eventually I would think).
Are any wild plums less prone to black knot?

Leaves not typical of Chickasaw plum, at least as it grows here south of the Mason-Dixon line; they tend to be narrower, more elongate - hence the specific epithet… angustifolia.

I’ve given up on any plum other than P.angustifolia here - Japanese hybrids and European types, of several varieties were total busts.
Chickasaw plum is totally reliable; minimal brown rot - it does occur, but rarely a significant problem, plum curculio hits it, but minimally damaging; black knot susceptible but rarely devastating. Suckers like a madman, though! - but, I knew that was its habit going in, when I moved mine from the cowpasture to the orchard.
I have the ‘Guthrie’ selection grafted here - about 50% larger fruit than the species… with a definite ‘peach’ flavor to them. Also have very good large yellow-fruited local selection(thicket of suckers from the rootstock under my Guthries) and a smaller red-fruited selection originating here on the farm.

Leaves not typical of Chickasaw plum, at least as it grows here south of the Mason-Dixon line; they tend to be narrower, more elongate - hence the specific epithet… angustifolia.

I have contacted the University of Michigan to see if they are interested in coming out and to take a look at this plum and give an positive identification. I will update any info I get from them!

That is nice looking fruit, what size are they? 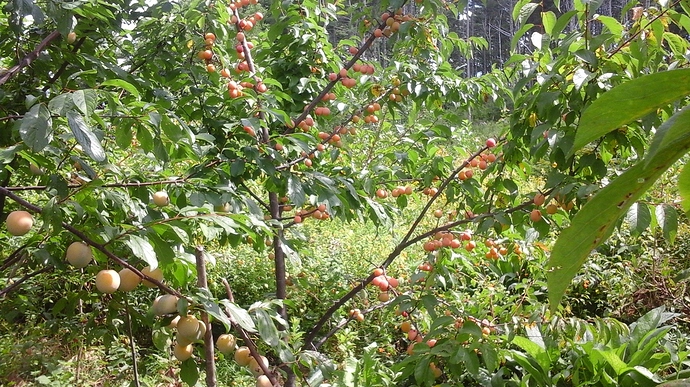 2048×1152 1.47 MB
I grow Prunus Americana for rootstock, that is one in the backround, left a couple ungrafted to act as pollinators for my hybrid cultivars. I might save seeds to plant out this year, lots of fruit on these young trees. The fruit is quite small, less than 1", with large pits and bitter skin. Not for eating out of hand, maybe wine, preserves. 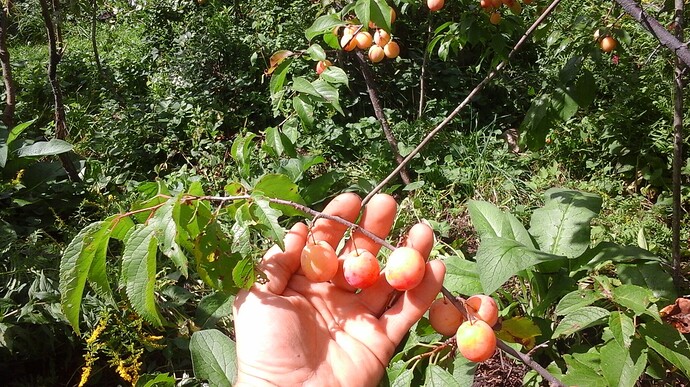 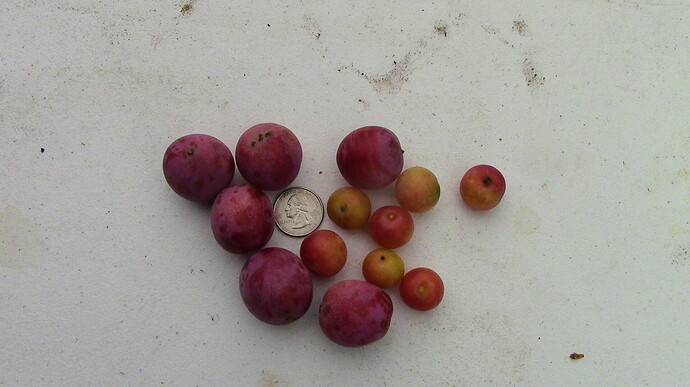 1920×1080 436 KB
Now in my opinion the wild American plum is delicious right off he tree . They are sweet and juicy to the point they burst in your mouth! But like you mentioned (about the skin) you need to spit out the skin with the pit.

Still waiting on an answer from the UofM on if they will come out and identify the one plum I posted the pic of.

Forgot to mention about using them as rootstock…
I haven’t tried to graft any plums but one thing is they sucker really bad. They grow like crazy and handle the cold without missing a beat.

I’ve done a good bit of topworking on p. americana. American or japanese plums seem to take well. Euros do not. Some apricots and peaches took for me too.

P. americana seems to be a really good rootstock in a lot of ways (there was another report on here about it a week or 2 ago) but it does have some issues. Bad black knot, thorns (ok, they aren’t technically thorns but they are sharp things that poke you) and the fact that they sucker. I’m not sure if I’m going to use it as a rootstock any longer.

These are some of my wild plums in MO. I think they are a bit bigger than yours, chartman, but still have big seeds. 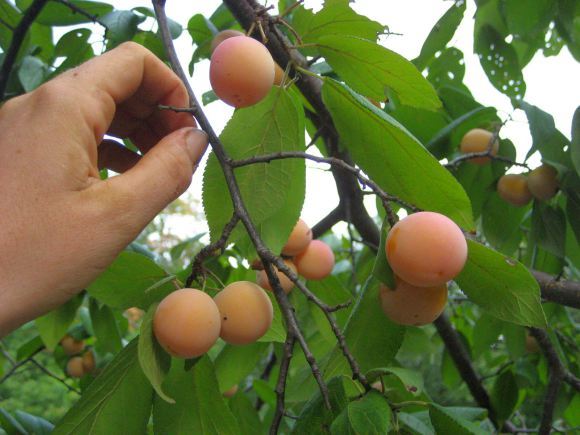