Sharp-eyed @hoosierquilt was over here today and she noticed a Anna hummingbird going in-and-out of my Hollyleaf Cherry tree. She theorized it had a nest in there. Later on I checked on it and sure enough, found this cute nest on a branch underneath the eave of the house. 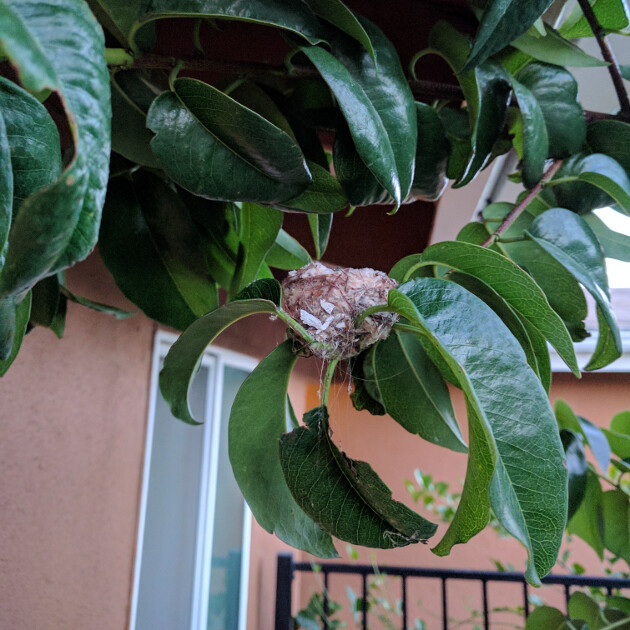 Oh my gosh, I sure thought so! She was just a wee bit pissed off at us when we got a little too close to her nest (she was making that objection squeak they make), so I kind of figured you had a nest! Look how creative her nest is.And she was so smart to put it under the eaves. You should get a little video cam and stream a nest cam, Richard, that would be so fun. She’ll probably come back repeatedly to that nest or make one right next to it all year long, you’re so lucky to have so close to watch!! Thanks for taking me on a tour of your yard, it is so smartly designed. You’ve got a lot of great producing plants and trees, but it’s not crowded at all. And I especially love the little groups of butterfly and bee plants interspersed through out, that is not only a great idea to attract pollinators, but makes things look soft and pretty.

I’ve never seen a hummingbird nest and did not know what to expect. It is made of fibers and mud, very neatly packed around the outside.

I like your idea of a video camera … perhaps after my roof replacement in mid-March.

Nest cams are pretty easy to install these days, and pretty cheap. That would be so very fun to watch all year! You’ve got to hang a little feeder for her, too, near your front door. She’ll be happy to have that. You’ve got lots of bugs for her to eat, too, so she’s one very happy little camper in your yard for sure. Look closely and you’ll see fur/hair and spiderwebbing in her nest, too. Their nests are works of art.

Here they use lots of spiderweb and little pieces of lichen for camouflage I assume. Hummingbirds are just really interesting creatures. My grandmother would always feed them at their cabin in Colorado. I loved the golden rufous hummingbirds.

You’ve got to hang a little feeder for her, too

Thanks for the suggestion, but it turns out that hummingbird feeders are the primary vector for communical diseases with the species. So instead I’ll just make sure there is plenty of nectar in the garden year-round.

You’re correct if you do not keep your bird feeders clean. If you keep your feeders cleaned properly, they will not spread disease. I’m an amateur birder, and of course a nurse, so I was concerned as well about that (and not just my hummingbird feeders, but my other seed/suet feeders as well). I’m an Audubon Society member, so I reached out to them, as as to the Cornell Lab of Ornithology to find out how to properly maintain all my feeders. I only fill my hummingbird feeders 1/2 way, empty out the water frequently about every 3 to 5 days (more frequently in the summer, every 2-3 days), . Keep my feeders in the shade, and I clean them all out with soap and water and a brush, then soak them in a 1:9 bleach to water solution in a bucket fully immersed for at least 3 minutes. I dry the seed feeders before I fill them with seed or suet, and I rinse my hummingbird feeders really well prior to refilling them. So, if you’re good about cleaning them, they will not transmit diseases. Also, you need to keep your fountains and bird baths cleaned as well. I scrub mine out once a week, and pour a little bleach in them, then cover them for a a day to let the bleach dissipate before I let the birds back to bathe or drink. 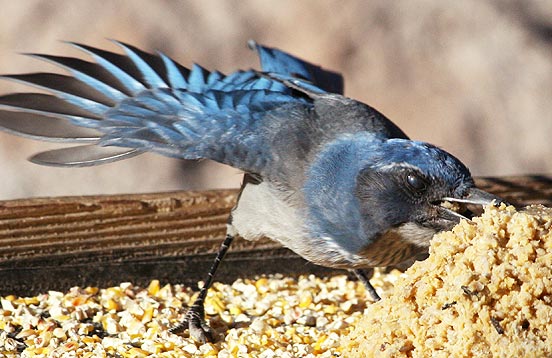 How to Clean Your Bird Feeder 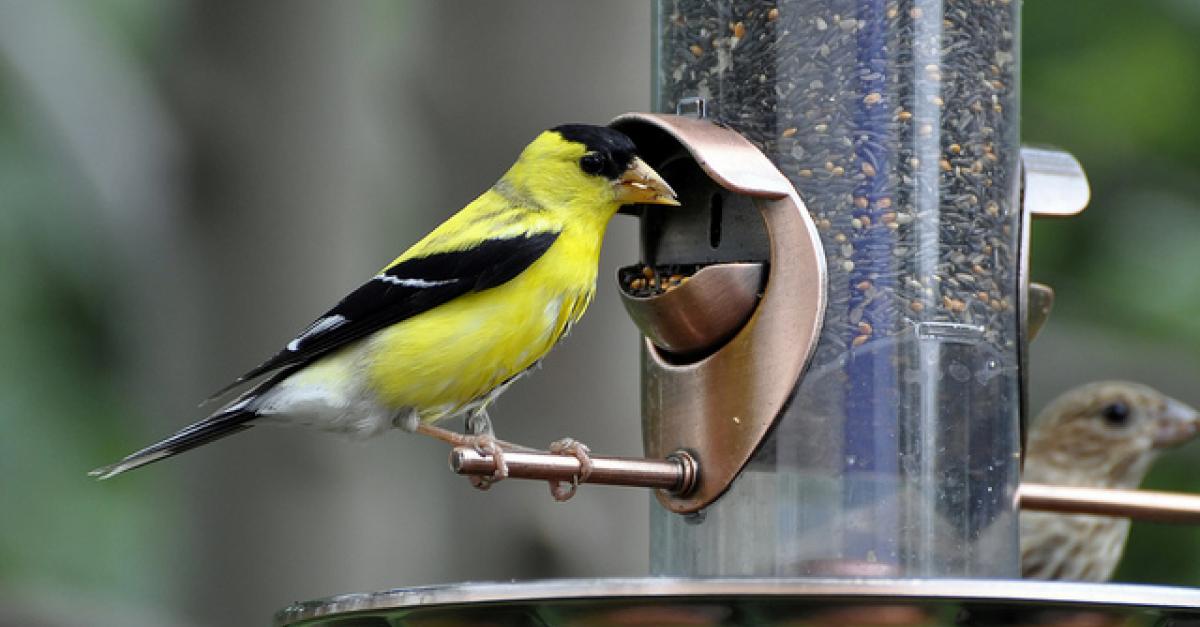 Watching birds come to a feeder is a real joy, but having many birds congregate in the same spot could lead to diseases being transmitted between birds.

If you keep your feeders cleaned properly

It’s far less effort not to install one. I’ll take the cue from the female hummingbird that there are already good resources in the yard and go with it. 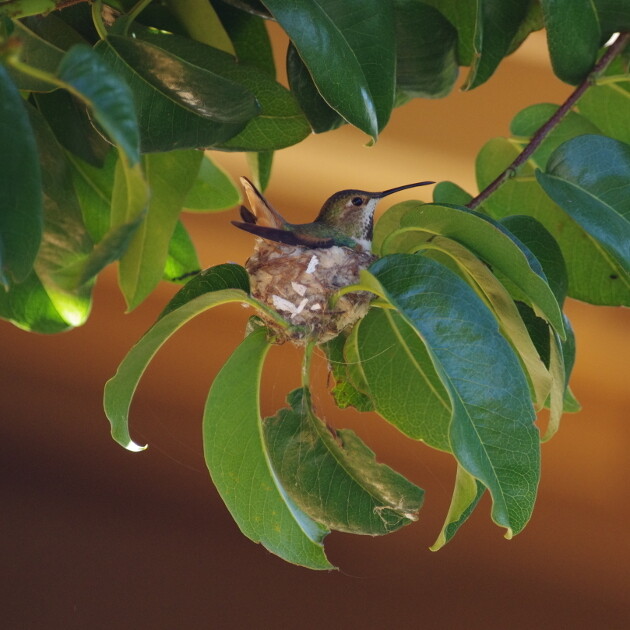 Such a lovely photo! Janet did a great job! Was that with her new lens?

Was that with her new lens?

WOW! I just love that photo. There is something about hummingbirds that just amaze me…so tiny, so much energy, etc.

I do love the idea of a hummingbird nest cam! I almost hate to post this, and I should warn potiential views that it can be disturbing, but one of the most popular wildlife videos on you tube this year was this one, where a wildlife rescue center of all places posted a camera inside a nest box and…well, see for yourself if you can accept that nature can be cruel!

Well, let her know she took a really great shot! Looking forward to more! How fun!! 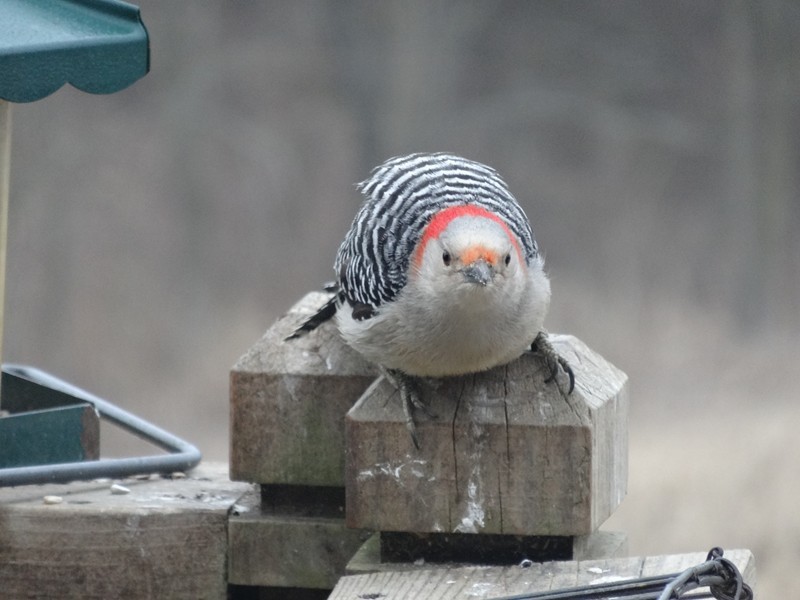 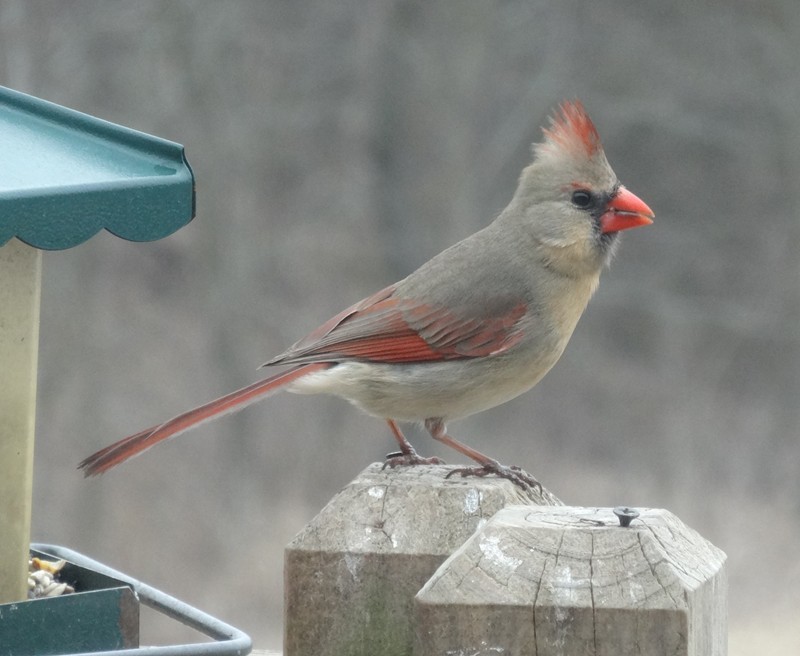 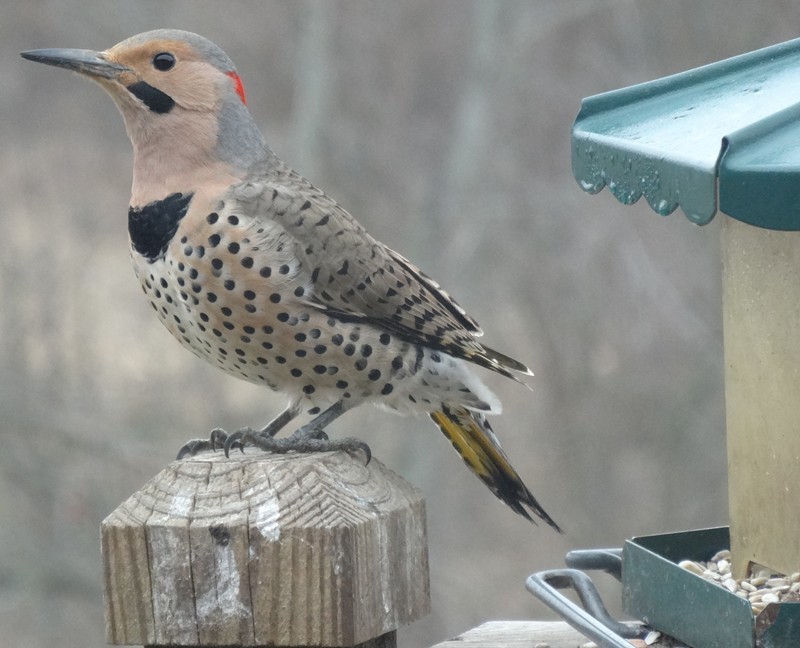 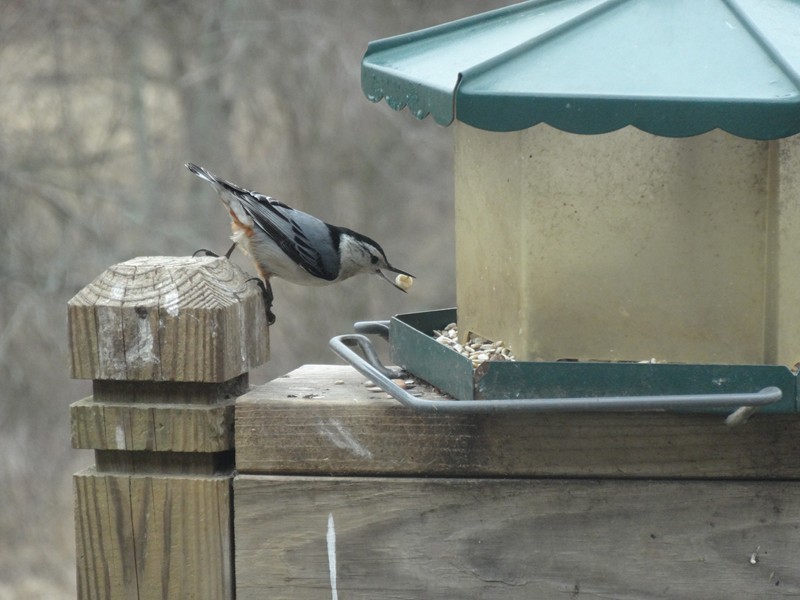 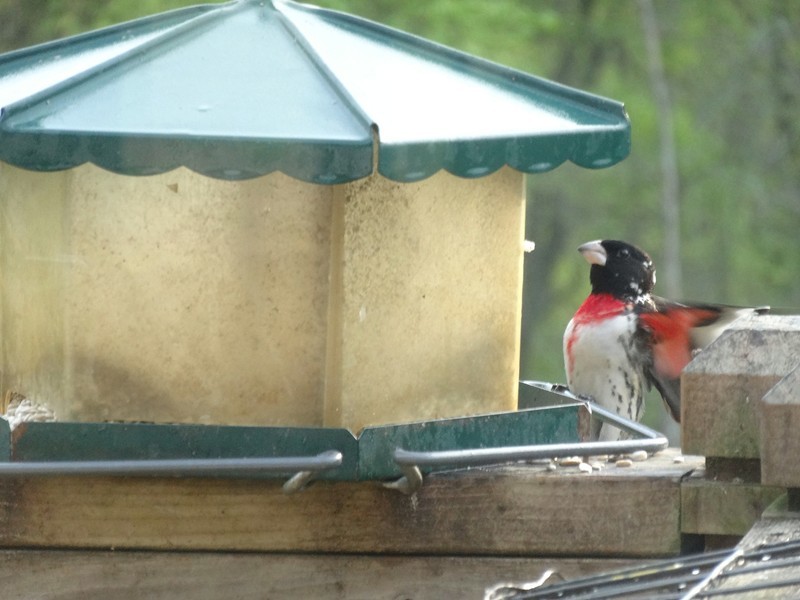 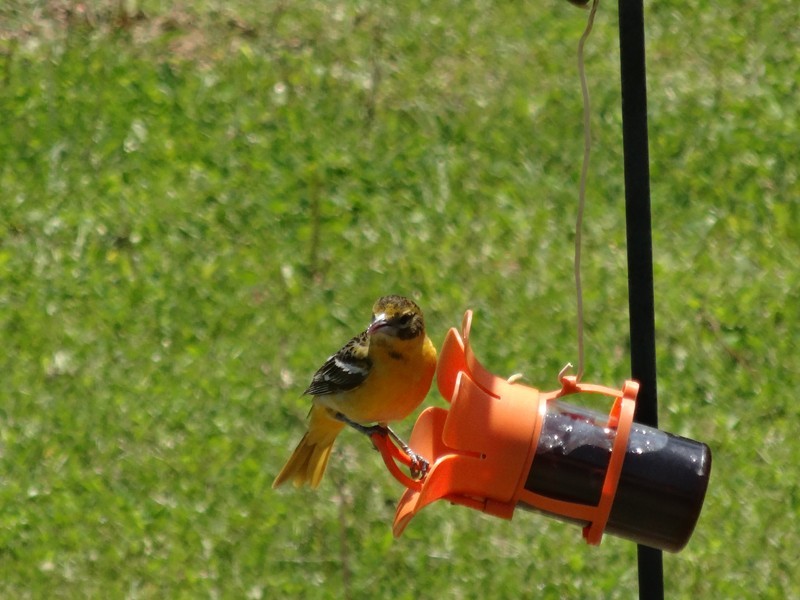 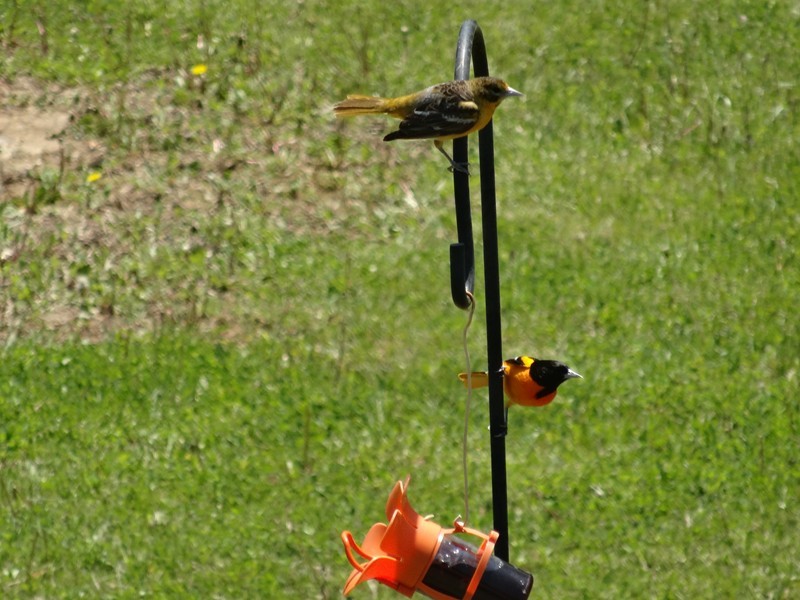 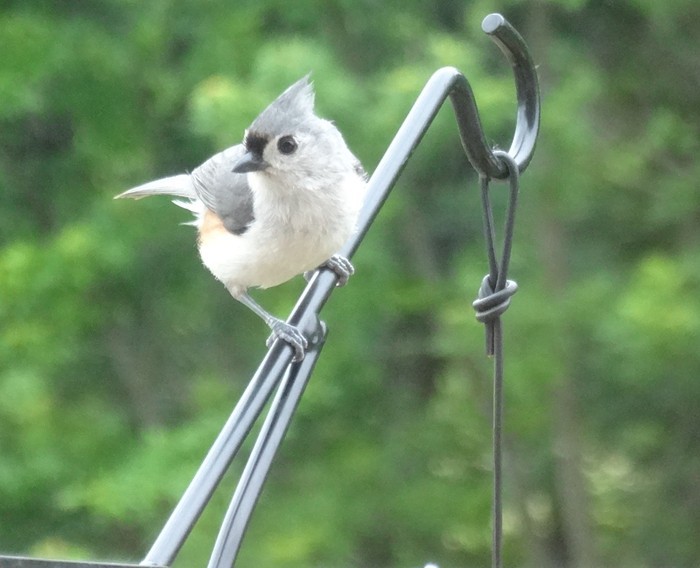 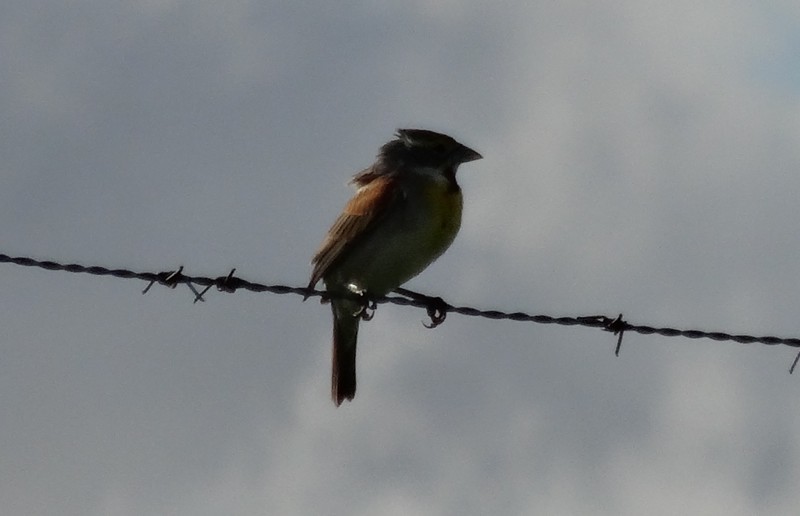 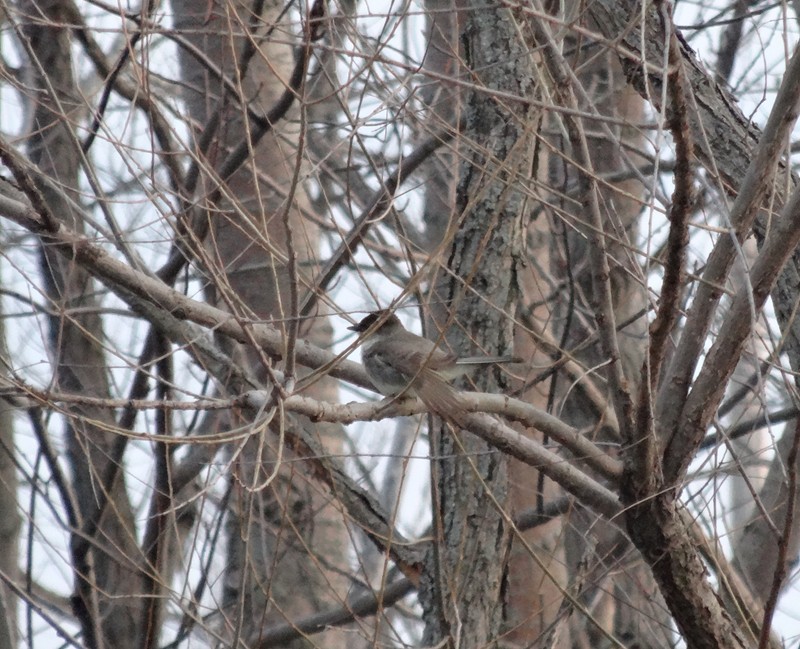 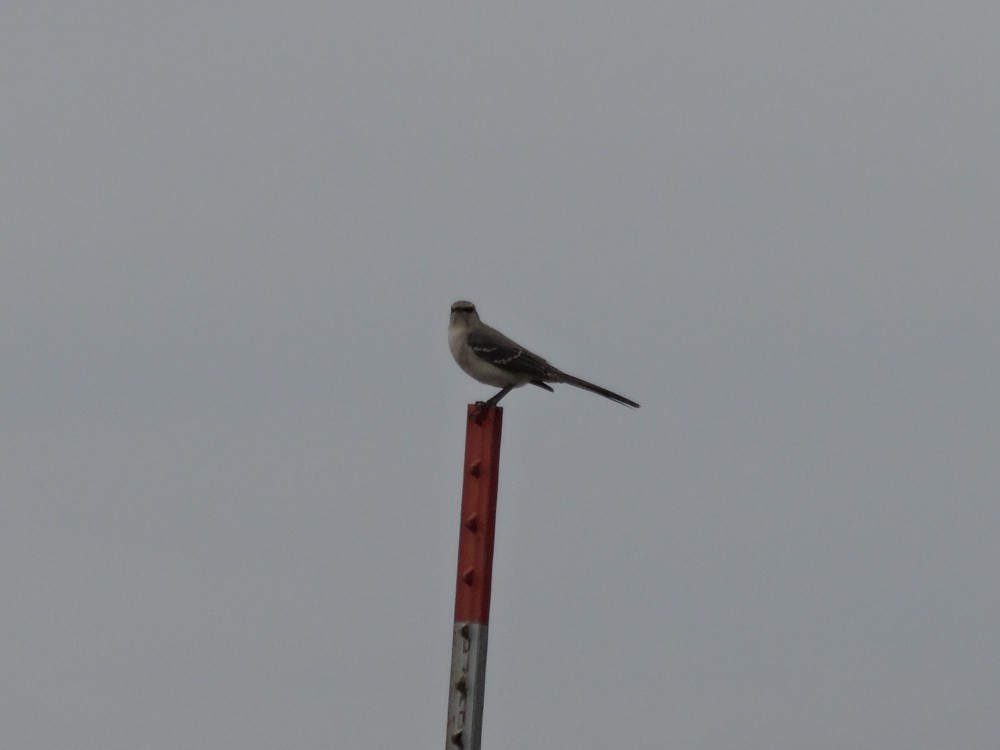 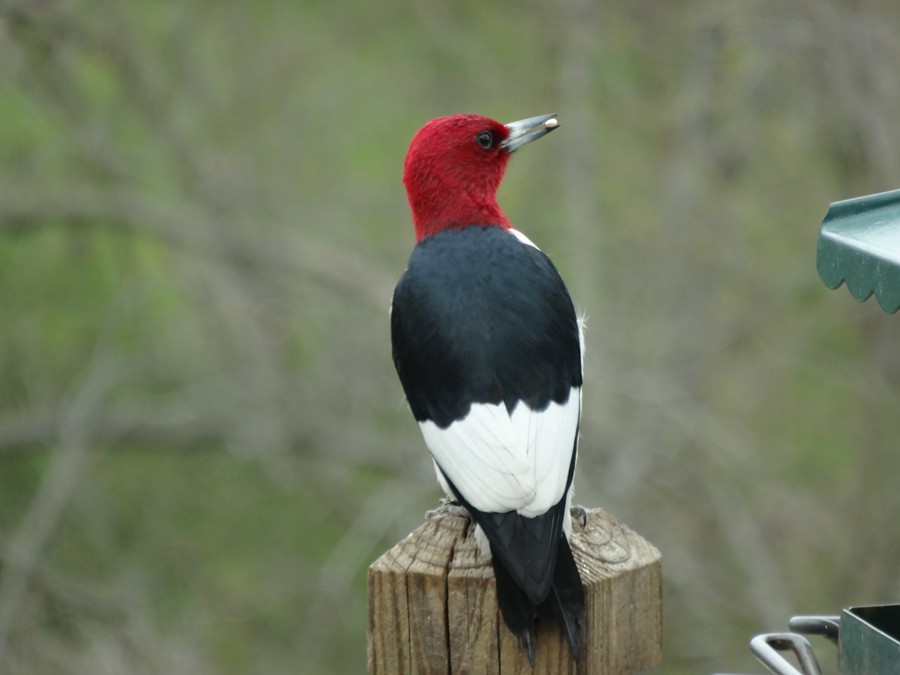 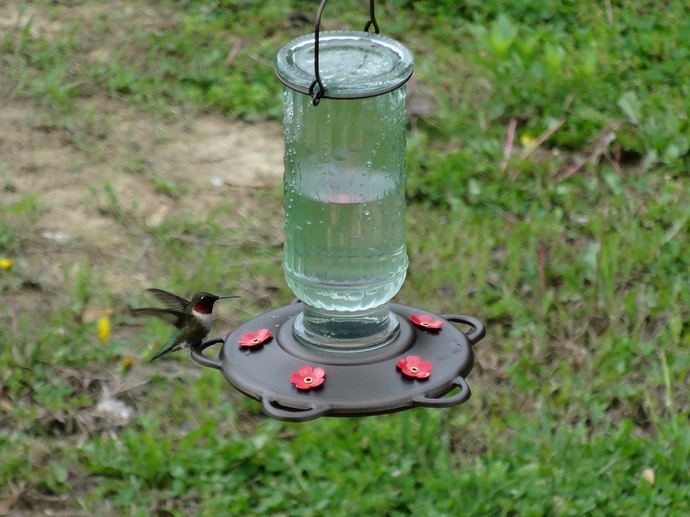 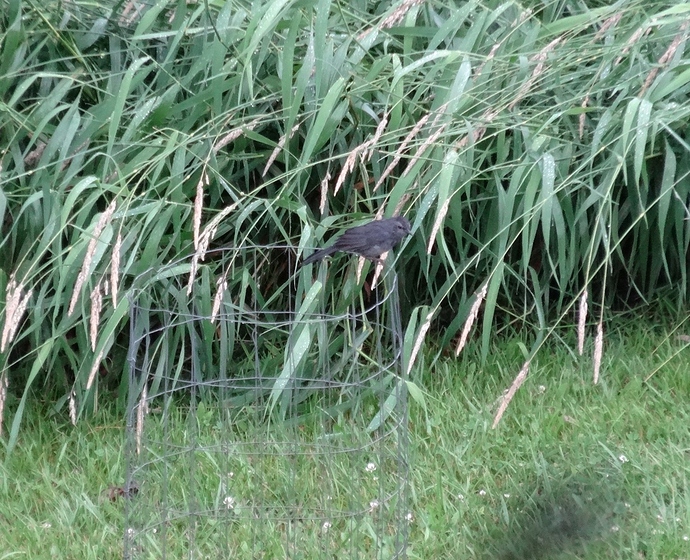 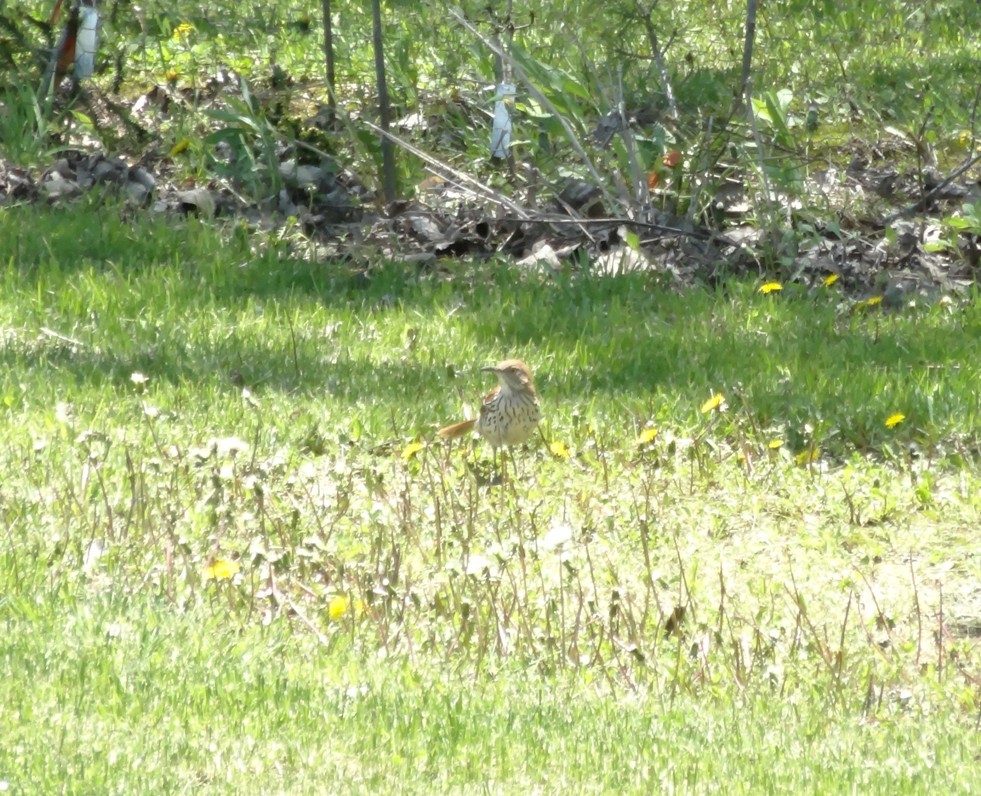 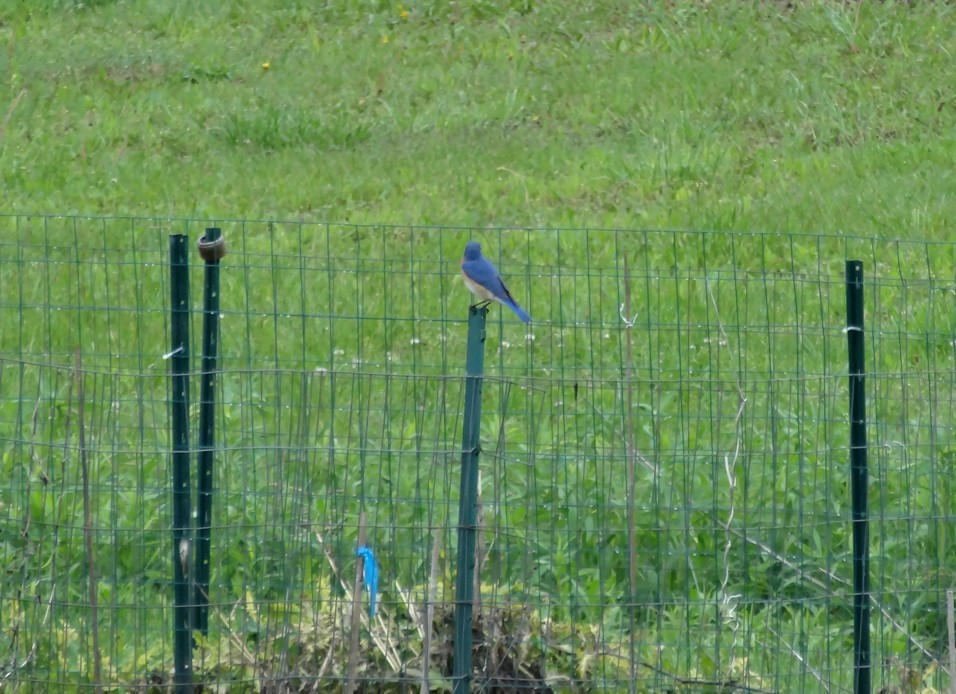 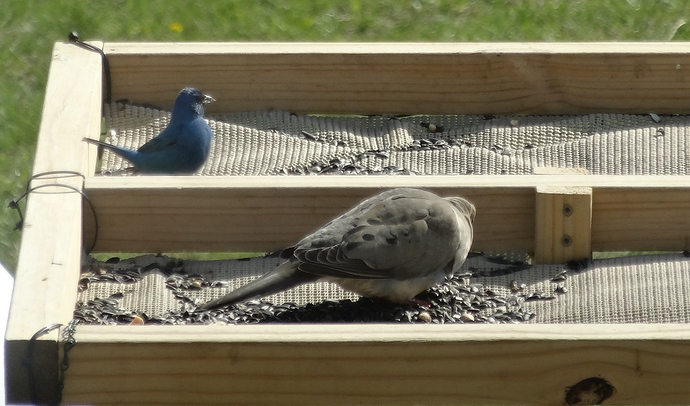 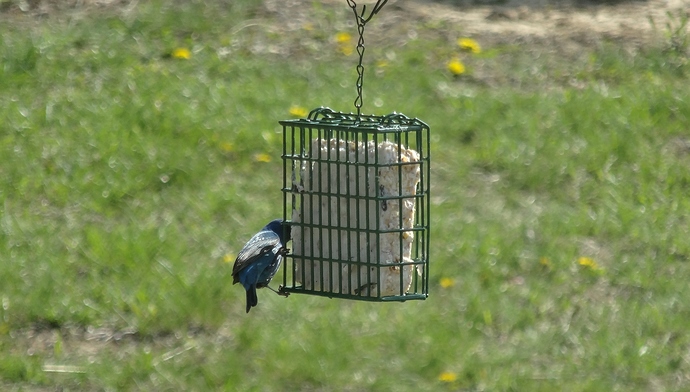 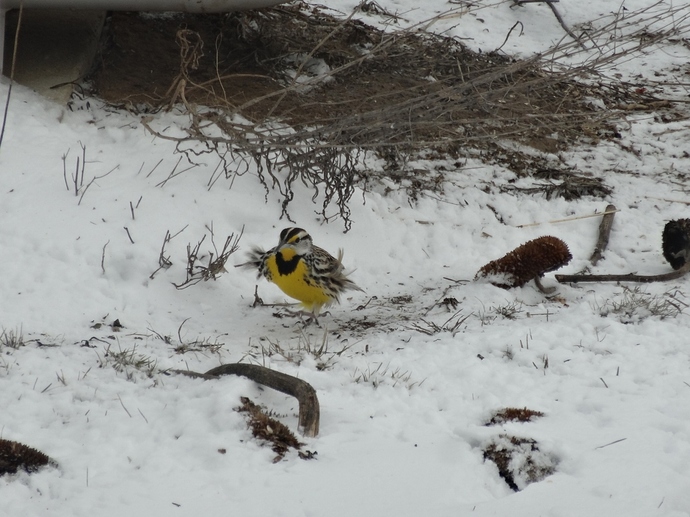 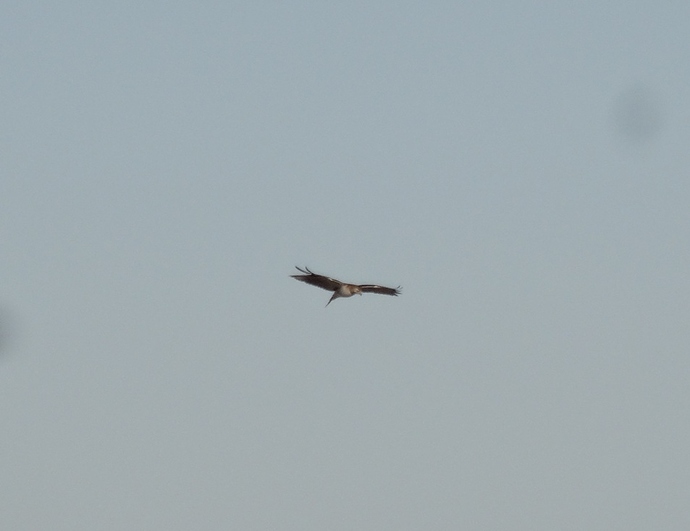 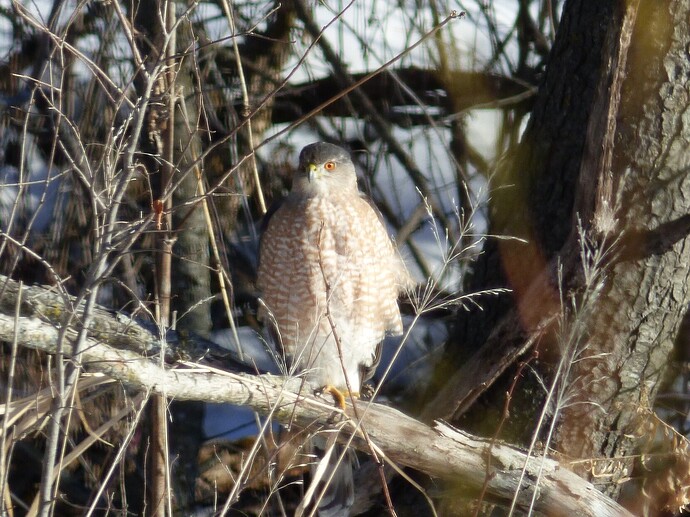 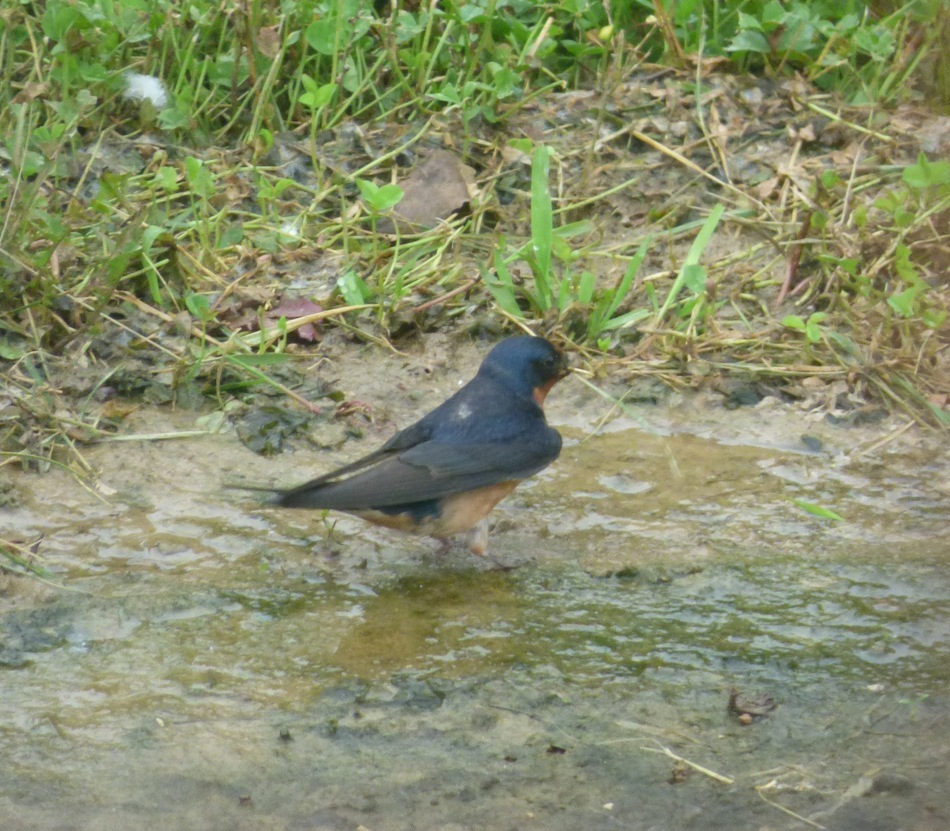 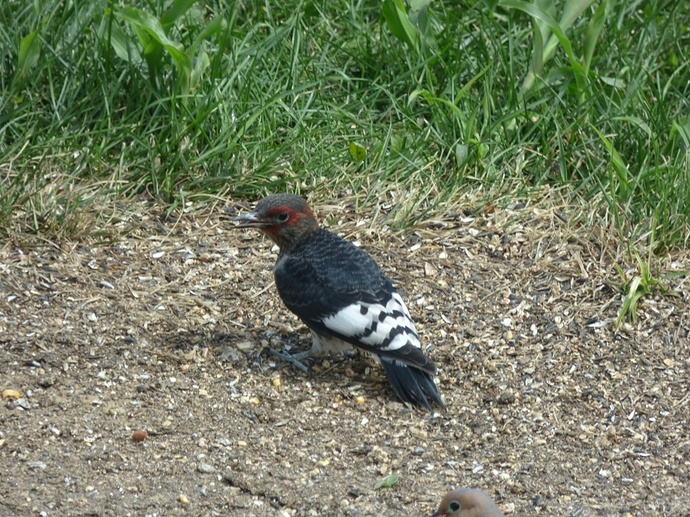 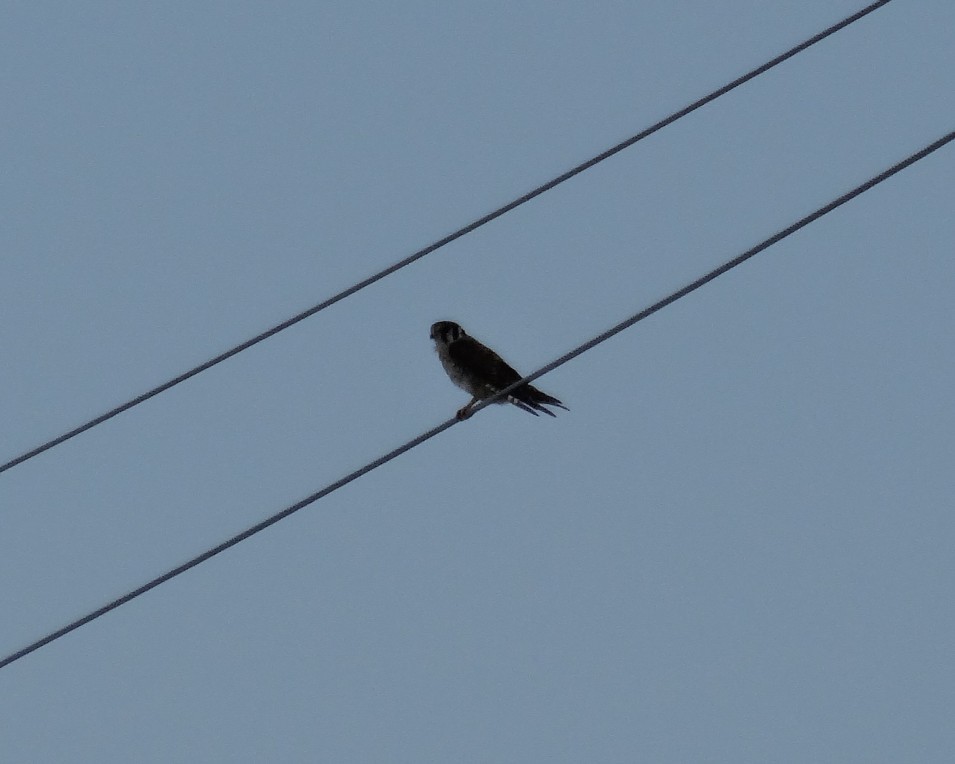 Dax, Nice shots. Red-headed woodpeckers are not very common any more. I haven’t seen one in several years.

I have them here in ‘terrific’ #'s every year. It began with one family, then two, then three.

Basically, I have them going back and forth to my feeder all day during summer. 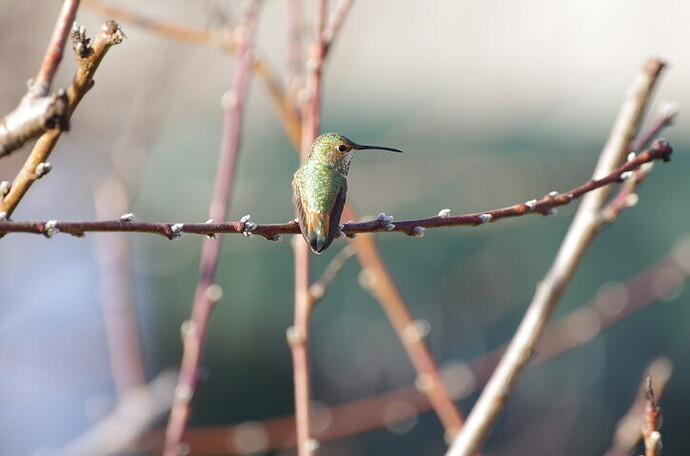 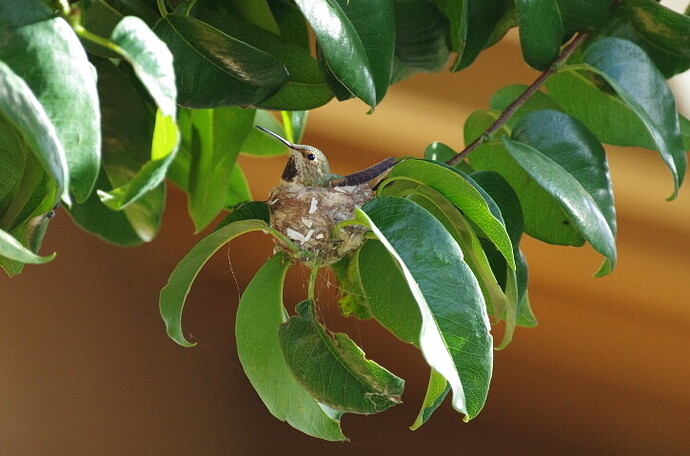