Thanks to a generous forum member I’m grafting Illinois Mulberries. I have one wild mulberry tree and I added four grafts and a few days later added four more thinking if I want to air layer a coup[le of limbs I would have plenty to choose from. I didn’t expect these scions to pop out so fast and they all have what appears to be fruit. Will they hold or abort the fruit this year? It would be awesome to taste my first mulberry without waiting so long. Sorry about the bad picture. 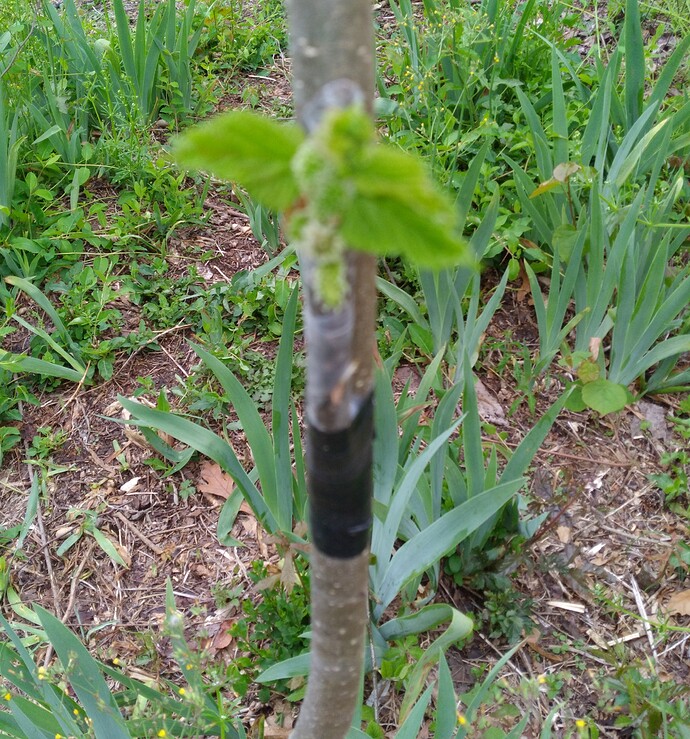 Have you grafted mulberry before?

This is my first time to graft mulberries.

Did you graft while the rootstock was still dormant? I’m curious because a very gracious person sent me some scionwood for me to graft to some natives that I’ve been letting grow for a few years. This will be my first attempt.

They hold the fruit on the graft.

Right now is time to graft any method that the bark isn’t slipping.

It’s too early of course to bark graft and flap-grafting. Since, the bark is not slipping.

My tree was still dormant but it started to leaf out a day or two after I grafted.

Most of the grafts were side and a few were cleft. All the grafts appear to be okay.

All relative Dax! I have bark slipping on my pears but I don’t think on the mullberries yet. I just noticed one of my bench graft pawpaws has tiny beginnings of green leaves in ground

Stuff is happening fast here, only so many hours in a day…

Yep, I’m hanging out doing nothing, but get at it slim!

Honestly mulberry fruit amazingly early. I remember buying a 1 gallon Girardi mulberry from Whitman farms and it fruited the fallowing spring immensely. It was covered top to bottom with mulberries. Many dislike mulberry trees because they are so productive and drop staining mulberries all over the ground. That is something I learned when I grew mulberries. Both mulberries and brambles like raspberries and blackberries you have two groups of people. You have the groups who say they are extremely easy to care for and you have to try to kill it while getting yummy fruits. Then you have people who hate them because they are so hard to kill. There are things like sweet cherries that take a lot of care, then there is things in the middle like pears and apples and then there is things like mulberries. Assuming the graft takes even if said berries fall off you will have berries so fast you will be surprised. Other native fruit like the Paw Paw may take years to fruit for reference. 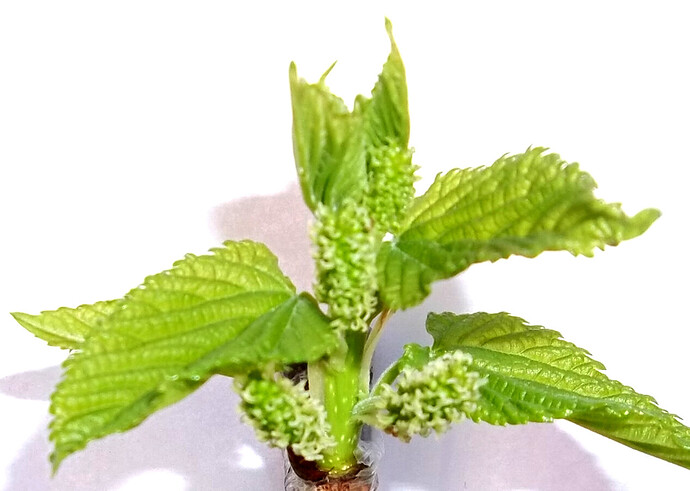 I didn’t know how difficult mulberries would be to graft so I attached the scions all over the wild tree. All of them have leafed out and are growing well. Bonus is fruit popping out everywhere. If they hold this could be a rapid turn around for a taste sample. Is it reasonable to think Illinois Everbearing will fruit again next year. 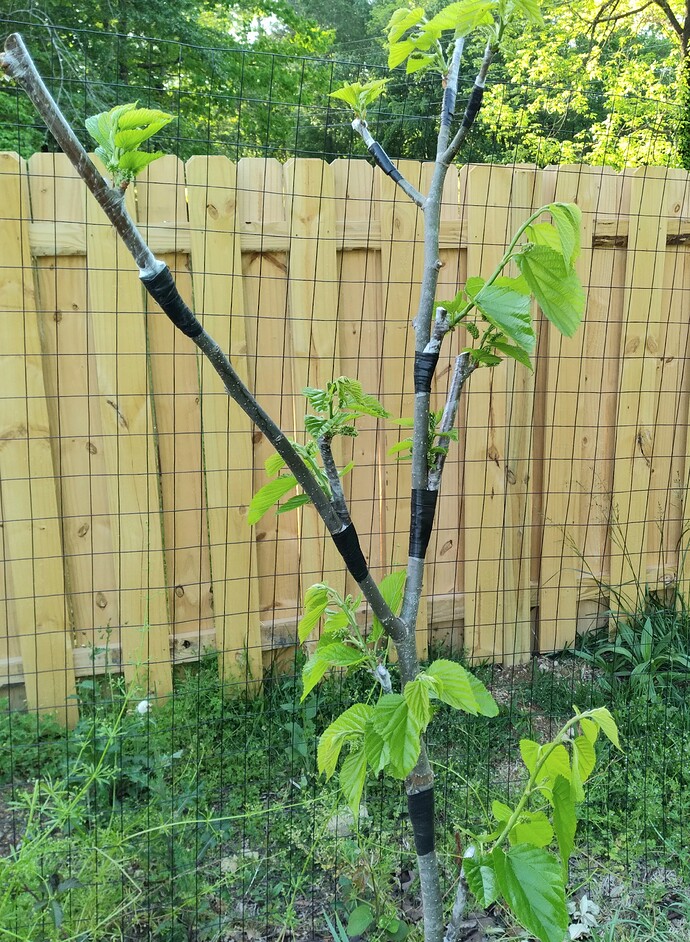 @Auburn … I am having good results so far from my mulberry graft… Gerardi scion to white mulberry. Fruit showing up already… hope it continues and I get to try some mulberries this year.

How is the okra doing ?

I will be starting some here soon.

The Jambalaya is starting to look better. They were transplanted into a garden row about a week ago and after last night’s rain they perked up. I’m starting to see some tiny buds for blooms and I think that the root system is getting established. It would have been easier to just plant the seed into the garden row but I wanted to see how early this variety would start to bloom.