Will my lemon seedling survive outside in GA zone 7b?

I grew a lemon seedling last fall, overwintered it in the house, and left it in a 5 gallon pot outside this year.

Winter came again this year, I tried to put it in the garage, but noticed that roots had grown into the ground. I left it alone. The lowest it has gotten so far this year has been 32 degrees a bunch of times, and the tree looks like a champ out in the cold.

Tonight it will get 29F. Should I yank it from the ground and put it in the garage? Or continue to leave it outside?

15 degrees isn’t the problem…but 5 may be…as zone 7b should average 5 for a low once per year.

My lemons have no damage in 7b yet and have seen lows of 27 so far. Eventually we’ll get some weather below 20 that will kill them.

Forgot to mention if you want it to survive in 7b it’s pretty easy to protect. PVC frame with frost fabric over it and at the base of the tree lay some c9 Xmas lights. Easiest to hook up to a thermocube and will turn lights on/off as needed

Are you planning on leaving yours in ground?

I have a calmondin that’s seeing it’s third winter in ground. I protected the lemons last winter but there in a bad spot so I’m going to let them die. I’m probably going to remove pomegranates from the good spots and replant more citrus then

Note that C-9 lights are bright lights that only get slightly warm to touch. The filaments inside the bulbs are LED-lined, and although the bulbs look like the filament bulbs of old (I think this must have been an aesthetic executive decision), they only consume a fraction of the wattage. Certainly this is good for energy usage, but they do not produce much heat.
Last week I strung my outdoor Lisbon lemon with 2 lines of C9 lights and was surprised at how little warmth was generated. At a thrift store I found a string of the old-fashioned lights. They get really hot. I switched out the C9 for the old-fashioned lights.
With temps of 21F due this week, I need the lights with more heat! Cost per lemon? Priceless?

Yes I should say the incandescent c9 lights, didn’t realize they made an led copy. You’ll be able to get them real cheap in a few days as stores clear out Xmas stock

Lemon is one of the least cold hardy of citrus. Not a chance to surive or fruit in 7b or 8b unless grown in a greenhouse. They freeze below 28F. Meyer lemon in Houston 9a often freeze at 24F(9a). Your grocery store lemon seedling is less cold hardy than meyer lemon. Houston is full of large sour orange fruiting rootstocks grown back from frozen meyer lemon grafts and other non hardy citrus. Sorry but no edible citrus will survive without a lot of protection in 7b. Dream on though!

15F kills lemons and all edible citrus. We had 14F here near Houston 9a in February 2021 and all unprotected edible citrus were killed, rootstock as well, even 25 year old trees! I saved mine by banking with mulch. 19 of 20 survived. Banking won’t work in 7b as it only saves the graft and another killer freeze will arrive before the graft grows back fully.

Nearly all the lemon trees died when we got down to 14 degrees last year, and that was a short duration where the soil did not freeze. And being in a container makes them even more sensitive to freezing temperatures. Lemons in ground are very iffy in Zone 8a, do not think they will make it without major protection in Zone 7b.

We had 14F here near Houston 9a in February 2021 and all unprotected edible citrus were killed, rootstock as well, even 25 year old trees! I saved mine by banking with mulch. 19 of 20 survived. Banking won’t work in 7b as it only saves the graft and another killer freeze will arrive before the graft grows back fully.

Basically I agree.
I spent that cold winter in orange growing part of Florida…has it been 13 years?..and observed the hectic reactions to 17 degrees.
But, I don’t think it killed that many trees…but it sure made ‘juice oranges’ out of otherwise eating oranges.

You don’t need a greenhouse at all. There are many examples on the web of people using frost fabric/c9 lights/thermocube

That is true for the occasional bad freeze but 7b has many bad freezing nights and tree would have to be protected for them all especially the prolonged freezes and 10F nights. IMHO frost fabric/lights/thermocube is only practical for 9a/8b for most people. Most people in the Houston area didn’t protect for 10F and their trees froze. Was at a friends house 8b yesterday who saved his mature golden grapefruit tree from the 10F in February by covering and heater. His other trees he banked with sand and most survived although the top froze! Ate some of the fruit yesterday! Golden grapefruit not being propagated any longer in Texas. For those outside of Houston, Texas, golden grapefruit is very mild without much grapefruit bitterness. 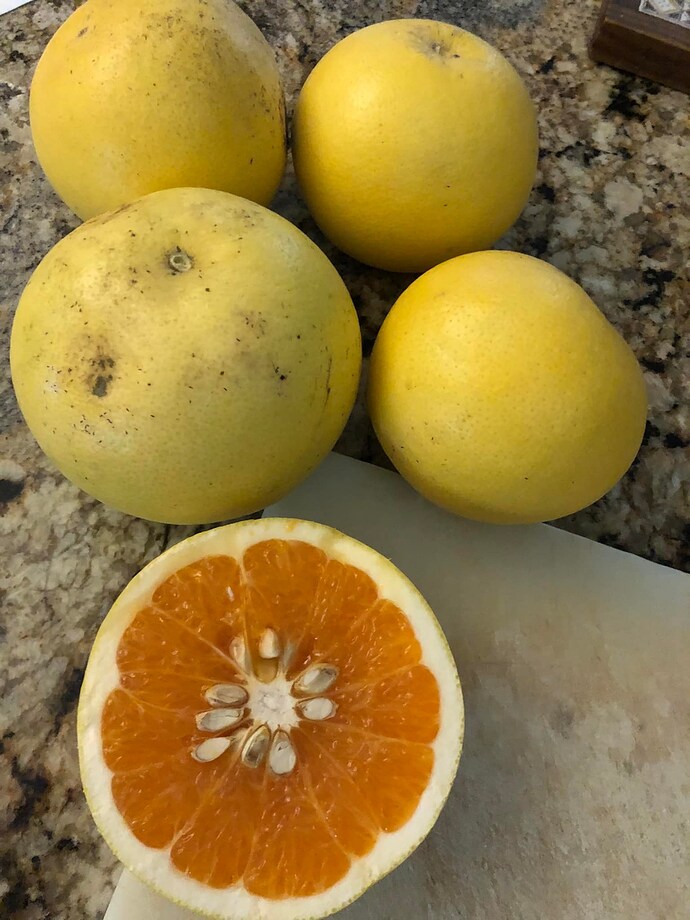 It won’t survive the winter outside in a pot.

That’s really too bad. I helped sell those texas grapefruit in 1975 for a frundraiser…definitely better than any I’ve eaten from Florida.

How bad were the south Texas grapefruit trees damaged in the February 2021 cold? I bought some Texas grapefruit recently and they had a very thick rind, thickest I have ever seen. I figured the cold weather may have caused problems with them.

From what I heard, all the lemon/lime trees were killed (200 acres), but the oranges were only killed back to the trunk. The report was in the spring and they were thinking the orange trees would make it but they would not produce this year. Did not hear anything about the grapefruits. Citrus in South Texas I believe is on sour orange and not as cold hardy as the trees on other root stock.

Regular lemon wont make it. I’m in 8a, and I have a Meyer lemon on my south side, and it gets knocked back every third year. A eureka is a 9a plant… 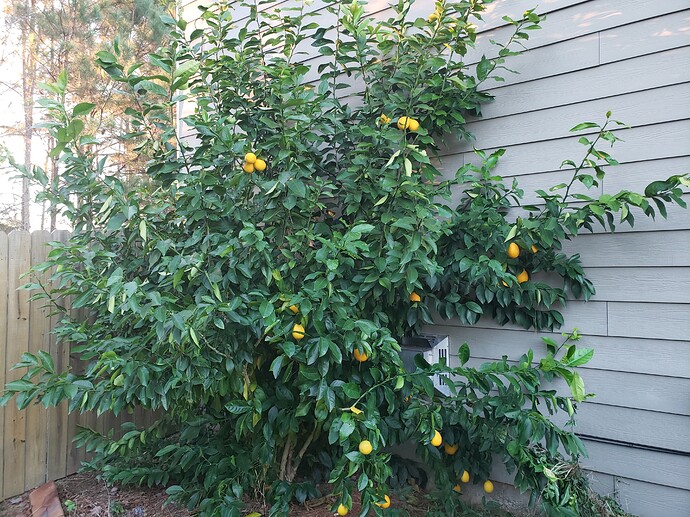