Will this apple size up?

This is a “William’s Pride” apple. It’s just a grafted branch as a test run. It’s still small (2” or a tad under). Will it size up more, considering it’s supposed to be an early apple and ripe in a month? 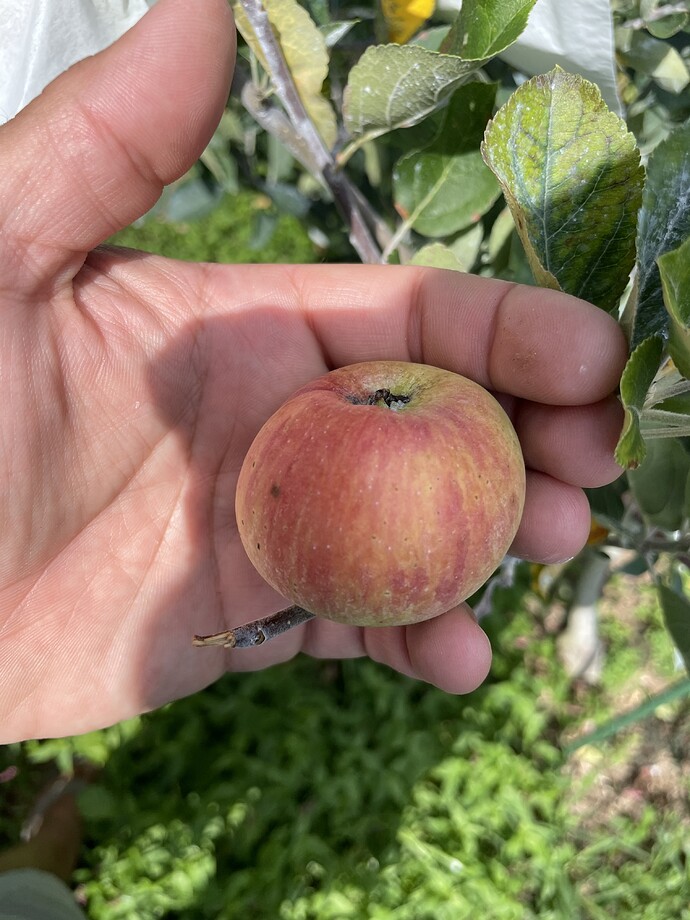 That does not look like a WP. The shape and the coloring seems off.

This is my first William’s Pride apple. 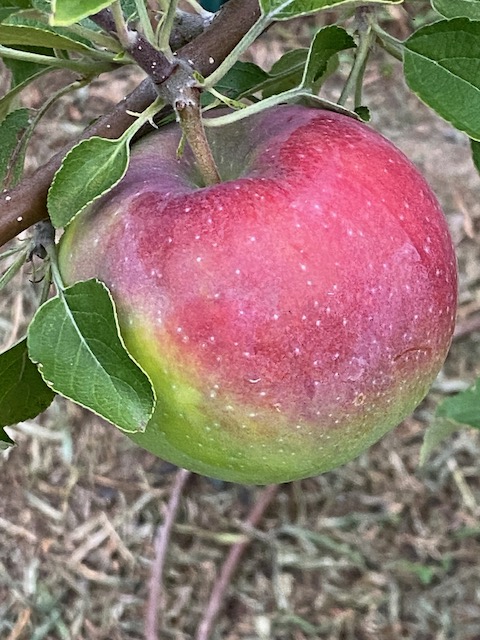 I think your apple is the right shape . . . but not sure that Williams Pride are ‘stripey’ like yours. ? In the Apples of N. America, by Tom Burford - he lists an apple called (just) Williams. 'Has other names - Williams Favorite, Williams Red, etc etc. Yours looks more like that one. I’ll take photo. 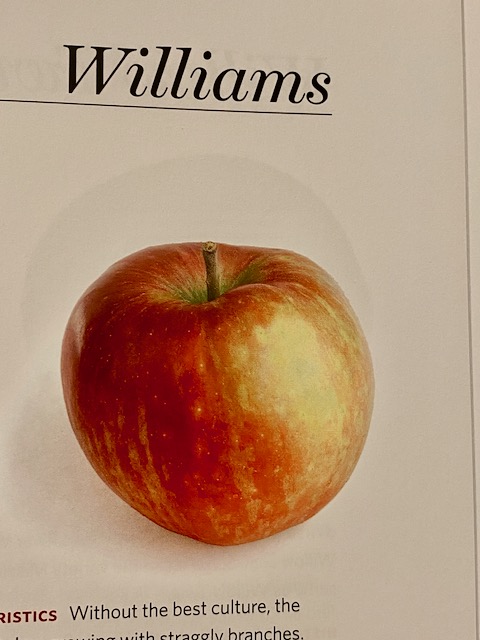 I was actually thinking the same thing, which means my scionwood from Hocking Hills may have been mislabeled.

Tippy, it’s not a drawing. It’s a photo.
Each apple he describes in his book has a photo of a single apple. Just the apple and its shadow.

He lists other names and a brief history of the apple he calls ‘Williams’. A popular commercial variety of the 19th Century. Here are all the names:
Early. Early Red. Favorite. Favorite Red. Lady’s Apple. Queen Red. Southern Queen. Williams Early. Williams Favorite. Williams Red. !
No mention of Williams Pride - which is an early, disease resistant apple. Mine is still on the tree - and may get darker in color. I don’t expect it to be ripe for at least another month. It has the bloom that so many descriptions of Williams Pride mention. It does not look like the ‘Williams’ apple in the book.

One thing that is very ‘cool’ about the Williams Pride tree - is that the branches naturally have a very wide angle. Most are almost 90 degree angle - from the trunk! Mine is a dwarf, planted this year - with only 2 apples on it. (I could not resist. Bad. I know!) 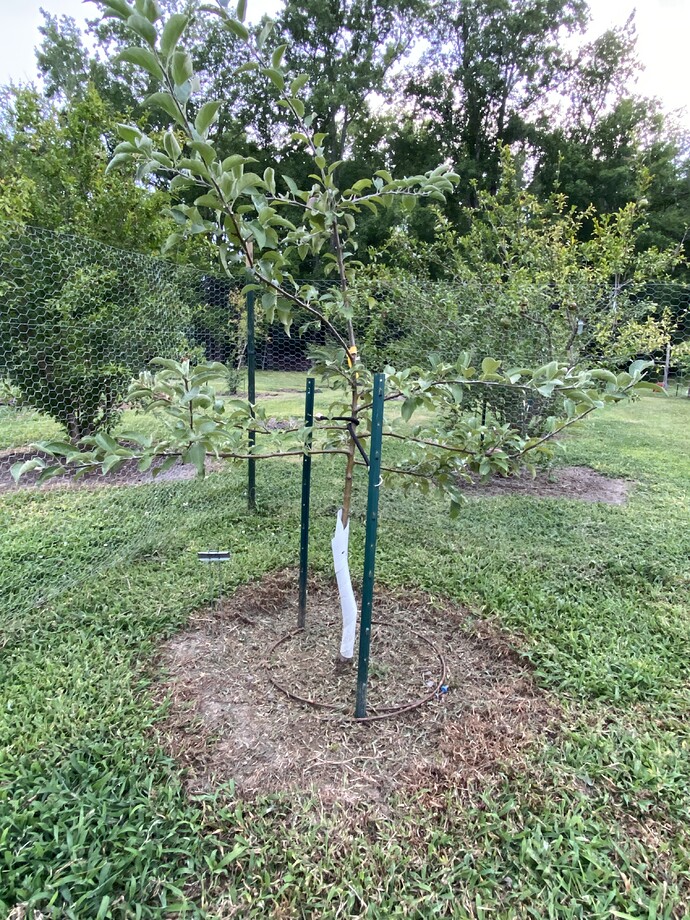 Wow, it looked like a drawing. I have heard an apple called Williams but can’t recall anything about it.

Williams’ Pride is a relatively new apple. Maybe, that’s why it was not in the book you have.

@BG1977 you can read WP’s description and history here. I am quite sure that your apple is not the real WP.

@mamuang,
I have seen pics of your William’s Pride.
Your soil is obviously very high in Iron as evidenced by the color & texture of your apples.
BG1977 while it might be a different cultivar,
I have seen that coloration sold as William’s Pride.
I can also tell from the fruit & the tree leaves that it Manganese deficient.
Manganese deficiency results in changes in size, shape & color!

It’s pretty hard to tell those things without a test. I should know, testing for manganese and iron is part of what I do for a living.

@mamuang The bloom description fits, it had a very extended bloom period.