Would you plant peas yet?

I am in Central Maryland. Trying to decide if I should go ahead and plant peas today. Usually I plant them sometime in March.

Temps may approach 80 Monday but then colder, and the forecast is for a couple of “polar vortex” outbreaks between the 11th and 16th. As of right now it looks the lows will probably stay in the low to mid 20s, so I imagine seedlings, if any emerge by then, would survive. Worst case, I could throw a frost cover over them if it got much colder than that.

My primary question is, do I really gain anything? If it’s going to be cold for two weeks, they won’t grow much even if they survive, so part of me thinks that waiting until later in the month when it warms back up may not make much of a difference in my actual harvest date. Any thoughts?

They are cold weather plants and where I am in 7b April 1 is my 25% frost date. That means I have a one in four chance to get a big head start. I usually start succession planting then around that time. But then again I am not a commercial grower and don’t mind losing a few since I just keep planting a few every 2 weeks.

I had the kids throw in a handful. Probably too early, but no big deal if I lose them. I was already out seeding lettuce and other salad greens. 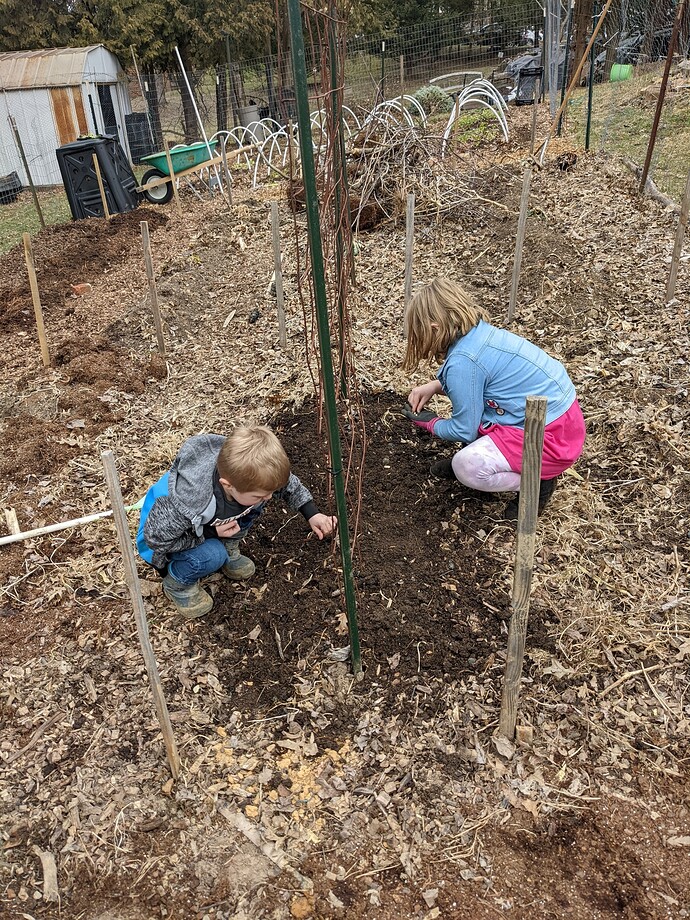 If ground is right, then yes. I’m hooking up a tillage tool now before the next rain. They stand some frost pretty ok.

I would say that if you can plant lettuce and spinach you can plant peas, so go for it. In other words, as soon as the soil can be worked.

Peas do well to be planted early. I actually had light snow hit mine in late February and yet they are doing fine. Sure they will grow slower than warmer planted ones. But in past I tested it, and the ones planted in cold weather had thick sturdy stalks and could nearly stand upright, whereas those faster growing stalks of later months were spindly and weak. I prefer a strong plant, which gets less disease.

Depends on what happens after. If you get very wet cool weather seeds might rot, but if warmth and sun are the main players you will be rewarded with a larger crop because there will be a longer season of days not unbearably hot for peas. It used to be sometimes suggested all the way up here in S NY state that St. Patrick’s day was pea planting time. Sometimes yes and sometimes no. Once plants are growing they can take a light frost. I’m not sure what the death line is there. Lettuce seems to be killed somewhere shortly below 30.

Be prepared to cover.

@ampersand , how is it going? I am in N Cal and usually plant some in November, then again in February or March. Some seeds don’t make it, I think they rot, but birds or something contribute to loss as well

It’s pretty hot by May so they are just about done by June, but it’s always worth a try to me.

This year Sugar Daddy from November survived but Sugar Ann never sprouted. I grow short varieties in containers. These pictures are from a few days ago. 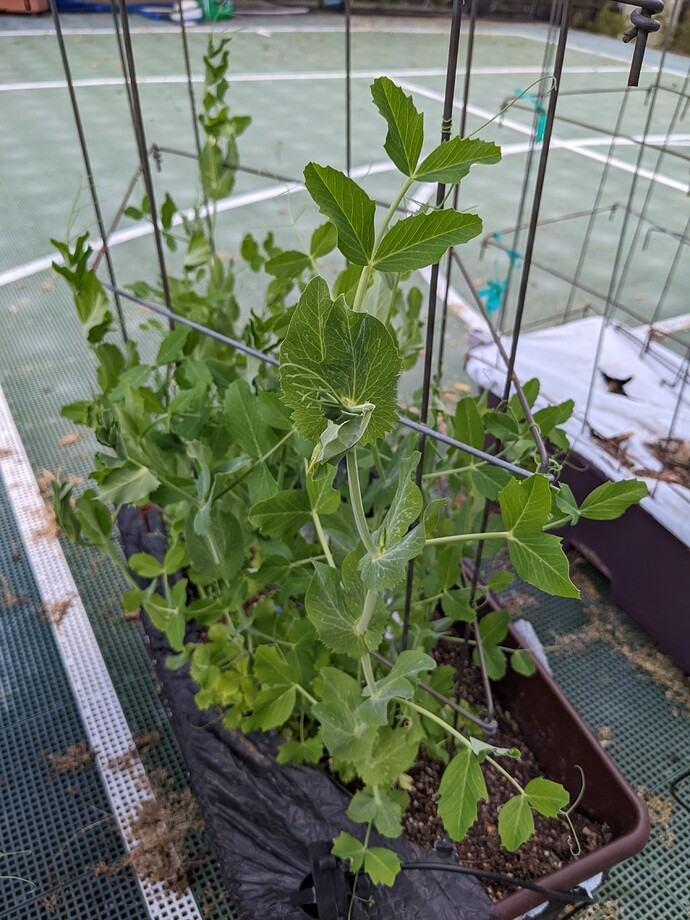 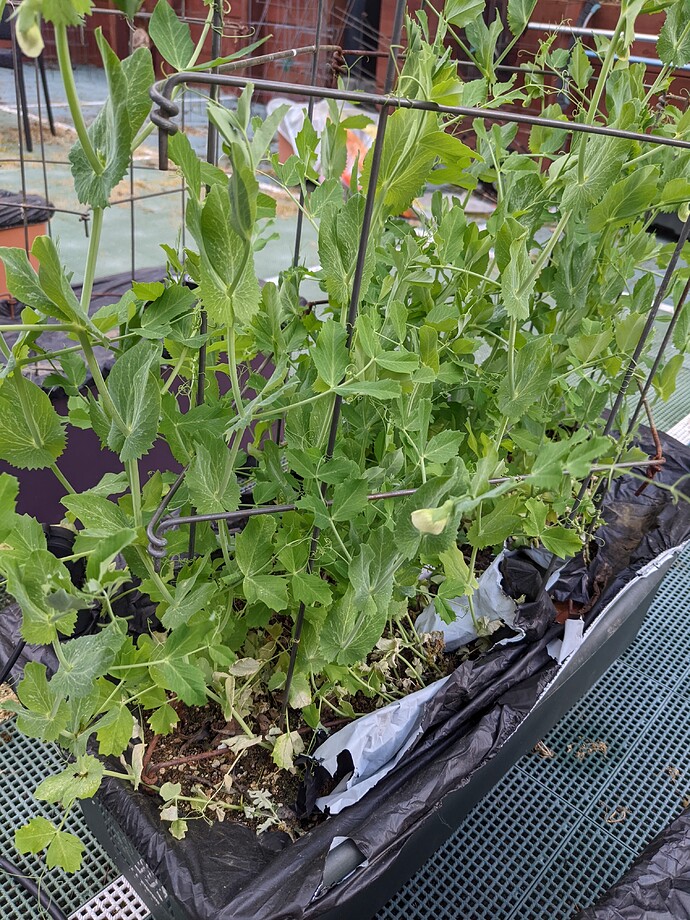 Even though I know y’all are talking about Pisum sativum, my brain still keeps going, “Heck no, you don’t plant peas until way up in May!”… we only grew cowpeas.

Well, I take that back… I do remember my paternal grandmother growing ‘English peas’ on a couple of occasions… was not there when she planted them, but in Upper Corner of Lower Alabama… it may have been sometime in February for all I know. I do recall that the flavor was… horrible! LeSeuer Very Young Small Sweet Peas they WERE NOT!!!

I’ve tried to grow sugar snaps a couple of times, but my heart wasn’t in it, and I don’t really have a garden spot that lends itself to planting stuff in winter… I gotta have enough warm, dry weather to be able to get in there with a tractor and disc harrow.

I grow sugar snap peas in the fall, and am always amazed at how much cold they can take before they give up. If you have enough warm days to get the seeds germinated you should be good to go. 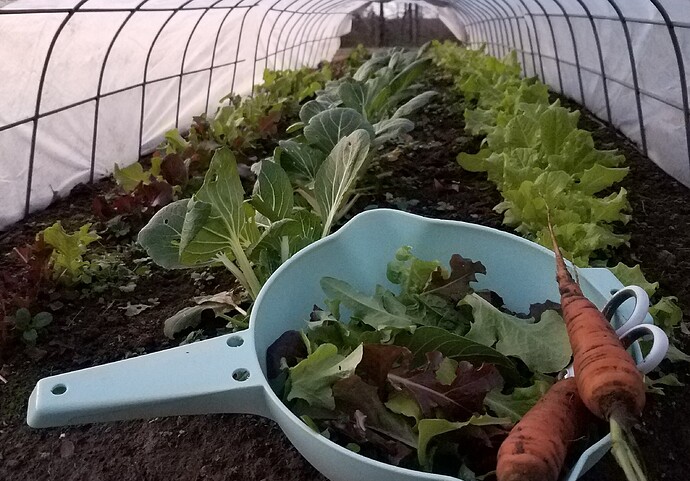 A bent piece of cattle panel and some floating row cover worked great on my fall greens bed. We ate fresh greens into January.

Should work well for early start of greens peas…

My dad and his family grew up in Madison County, Alabama in the early 1900’s. Chase, Florence, Huntsville.

Shrinkrap,
I’m familiar with that area… spent 5 yrs just across the TN border, near Pulaski, but had friends/classmates in Huntsville, Hartselle, & Florence, uncle & aunt in Decatur.
But, I was another 200 miles south of there, in Lee Co., near Auburn/Opelika.

@BG1977 I’m in SE PA, zone 6b and I always plant my peas mid-February to first week of March. The trick is to pre-sprout them and they will always be fine. I add wet paper towels to an open Tupperware container, top with more wet towels, and set on a heat mat (or warm location, top of the lizard cage, near a warm appliance). It usually takes 3-5 days to sprout, just so the root is coming out. At that point, they can go in the ground and will sit if it is too cold, not rot. I get a huge jump on the season doing this. I also do it with fava beans and they were fine, but I haven’t grown them without pre-sprouting, so I’m not sure how much of a jump I get on the season.

These were a bit farther along than I would like, but they were fine. Same with the few that didn’t have the roots completely out yet. There is a wide range of error. 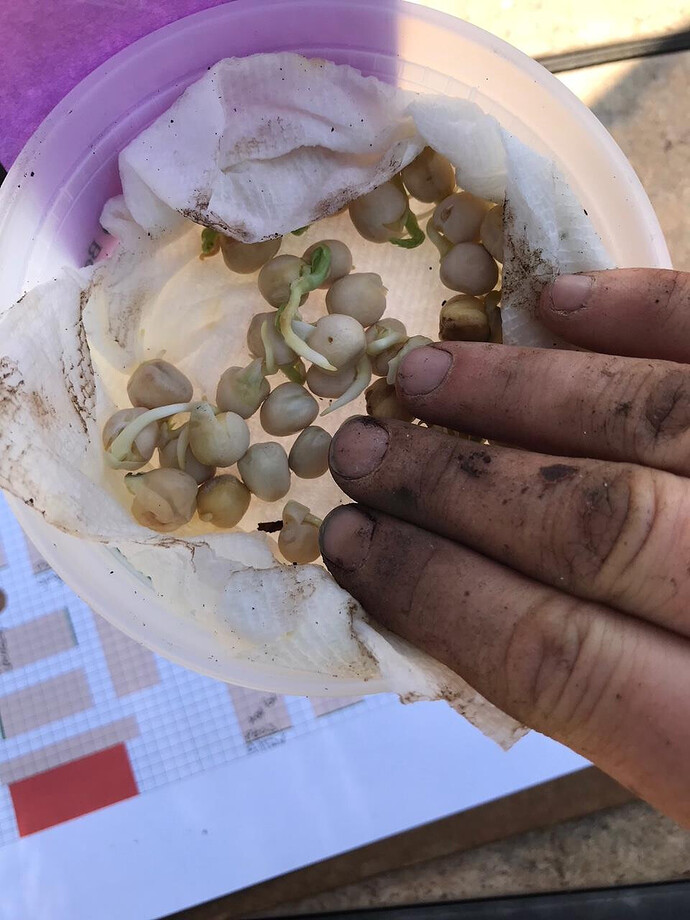 I did plant them, and they are coming up. 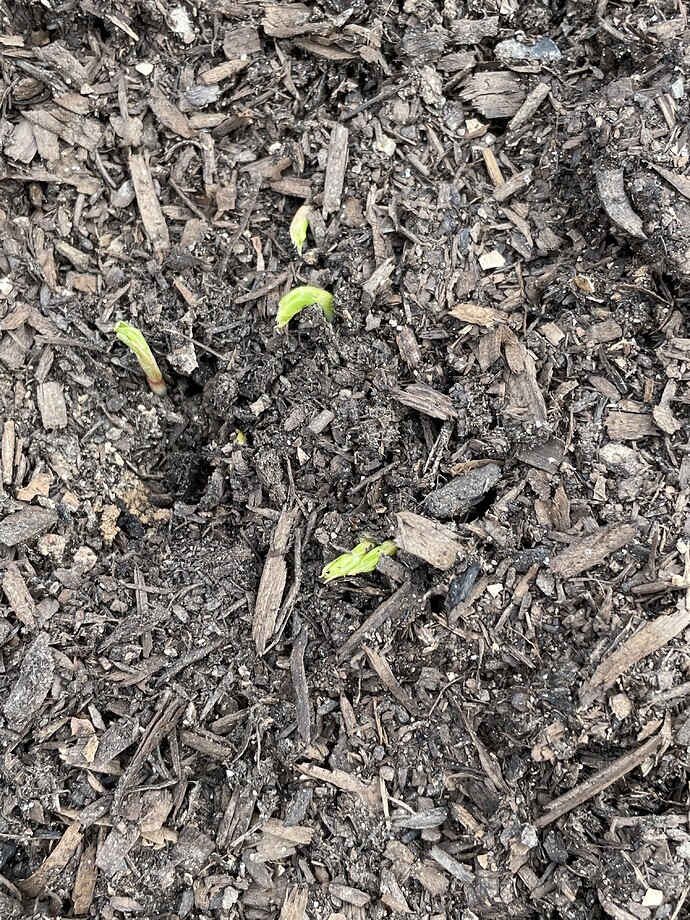