Would you start hardening off onions yet?

Onion seedlings are doing well. Usually go outside to the garden sometime in late March.

With this forecast, would you at least start trying to harden them off? I might have to bring them back in for a day or two here and there, but what do you think?

I probably won’t plant them anytime before the end of that next cold snap around the 18th, but I want to start acclimating them to the outdoors. 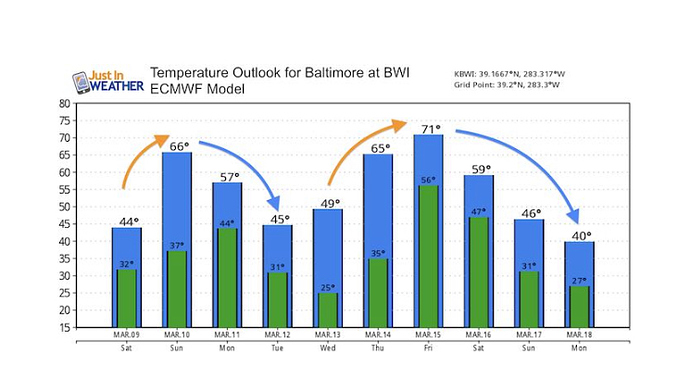 I would, your forecast looks to be mostly above zero. I believe onions can take some cooler temps.

Not all onions are equal. I have had two in the toolbox of my truck…all winter. I added one of them to a pot roast this week. (We had single digits more than once…3 for a low I think I recall for the winter).
Same with onion plants/sets, some can handle the 'teens just fine.
There’s not a yes/no answer that is correct to the question posed.

For sure all onions are not equal.

Based on the long range forecast, I’m not expecting any colder than maybe mid 20s F at worst going forward.

I bought the TX100 sweets and planted them two weeks ago. We had two 32 degree nights but otherwise 50-60 and 70’s and they are growing quite nicely…

I put things outside whenever it is nice weather, carrying them in at night in plastic tubs, which I can stack near the door. It is somewhat a pain, but I find they grow better outside than in the house. Onions I leave out and cover the tubs, unless below freezing is predicted. The tomatoes and peppers I bring in if below about 45 predicted. I wait until June to plant out the tomatoes and peppers if I don’t want to have to cover the plants with buckets in cold snaps.

So when are you planning to actually plant your onions Bryan?

I’ve been taking advantage of this week to harden off the onions, kale and chard, but I have no idea if they’re getting tough enough to handle frost.

I started moving mine out a few days ago. They will be spending the full day outside today, under a vented hoop house, out of direct sun. It is around 60 here today.

Around 3/25 but depends on weather. There’s no severe freezes in the forecast, nothing worse than mid to upper 20s, which they can handle.

The problem is, it also doesn’t look particularly warm, so I feel like they might just stand still.

I read that consistent exposure of onion seedlings to temperatures below 50 F. for more than 10 days can cause them to bolt, rather than produce big bulbs. I also read that freezing temps will kill young plants. Onion plants less than a pencil in width should be protected from freezing. Most varieties are hardy to 20 F. Plant seedlings outside 4-6 weeks before last expected frost. So you can pick and choose which of this information you want to believe. I do know that little self-seeded onion seedlings that come up in the fall don’t overwinter, but small onions left in the ground often sprout in the spring. Rodents love onions, so protect them with some woven wire, etc.

Never got below 60 all night. They spent the night on the deck. 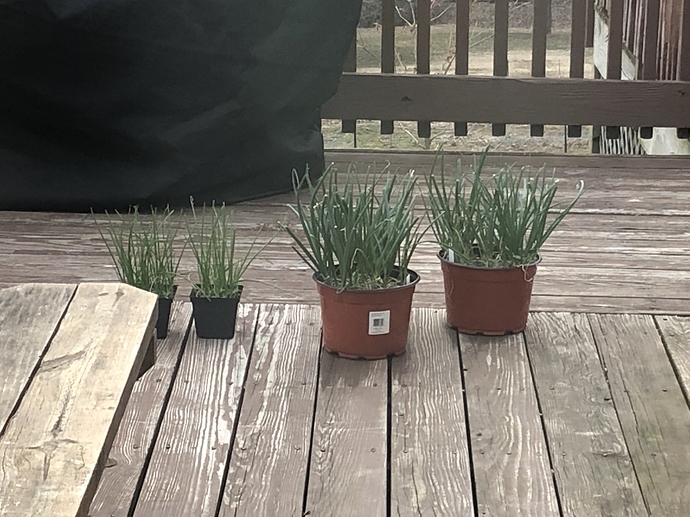 It is supposed to cool off this weekend, so I will probably bring them in at least at night. Could see upper 20s tomorrow night.

Wow! Those are huge!

Mine are a lot floppier and they’re a bit tangled up. I expect the new growth will be straighter once they’re in the ground and can stretch out in the sun. They are getting tossed around by today’s wind.

I’m thinking of planting next weekend. 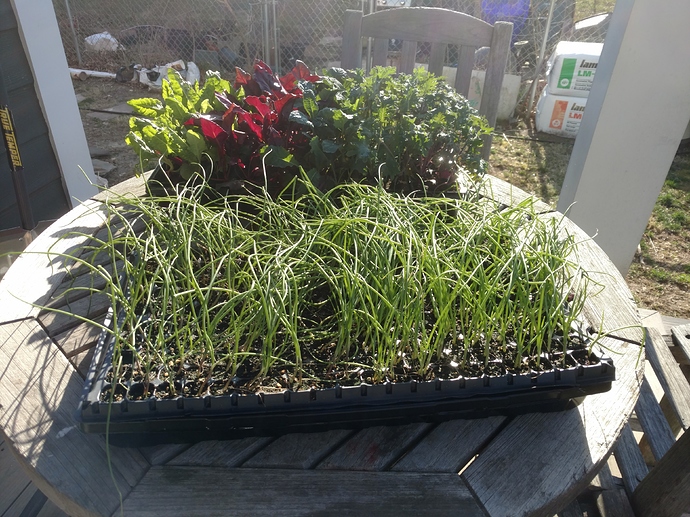