I got a couple of them at a farmer market and they are quite good and seedless. Not as juicy as the red watermelon. Anyone growing them? 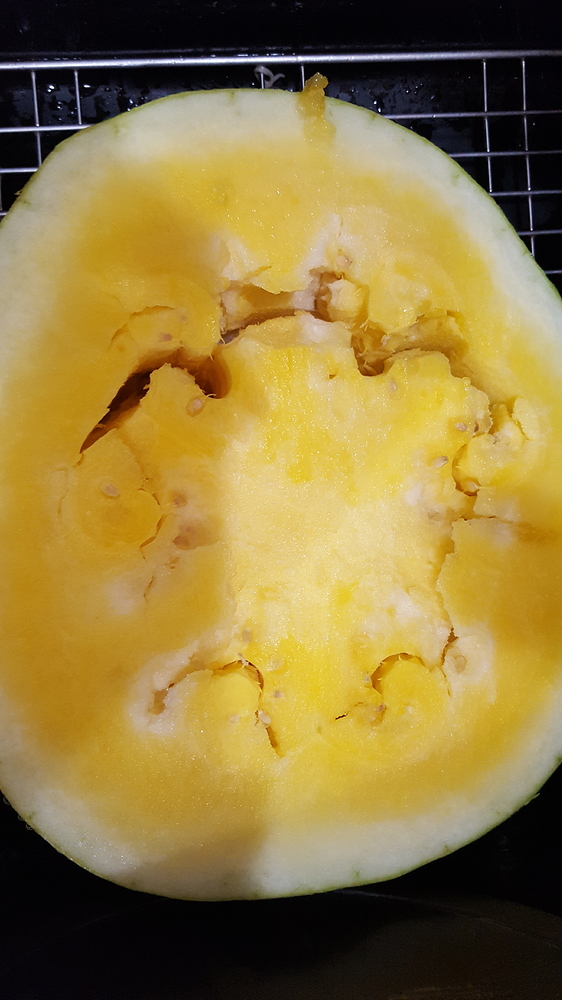 I did quite a few years ago - Yellow Doll, liked it a lot, but wmelons don’t do well here

How would you rate them against a red flesh? I had a yellow once and i wasn’t really impressed…but maybe it wasn’t a good variety///correctly ripened.

The yellow is unique and it is hard to describe. Not as strong watermelon taste as a good red. I think a good red is better than the yellow watermelon.

I often grow New Queen due to its short season requirement, along with Blacktail Mountain (red). When I pick them at the right time, they are both excellent, but I’m probably batting .500 when it comes to that. They both have seeds and very crisp flesh. This year I had to untangle my vines so I snipped many of the tendrils. Now I can’t rely on the dry tendril trick to help determine ripeness. I planted seeds directly instead of transplanting. Nothing sprouted initially, then everything slowly came around and I lost track of what everything was. Normally I’d be picking about right now, but I imagine everything is running late due to direct sowing. Oh well, better luck next year… right?

for what it’s worth → I like New Queen much more than Yellow Doll.

Not familiar with melons–is the cracked flesh an indicator of over-ripeness / dehydration?

Cracked interior flesh in watermelon is more a matter of genetics than anything else. Cracking tends to become worse with time as the fruit matures.

For those asking about yellow watermelons, Yellow Moon & Stars is a superb yellow flesh variety that has seeds. Unfortunately, it won’t grow much further north than northern Kentucky or about zone 6B. Sandhill Preservation has seed.