I’ve been selectively pulling my weeds this year and decided to let some dominate to reduce the others. I let this yellow wood sorrel go because I thought it was nitrogen fixing like clover but I randomly googled it earlier and discovered I was wrong. In my search I found it was actually edible and had a taste some say is spicy and some say is citrusy, so I decided to try it out… 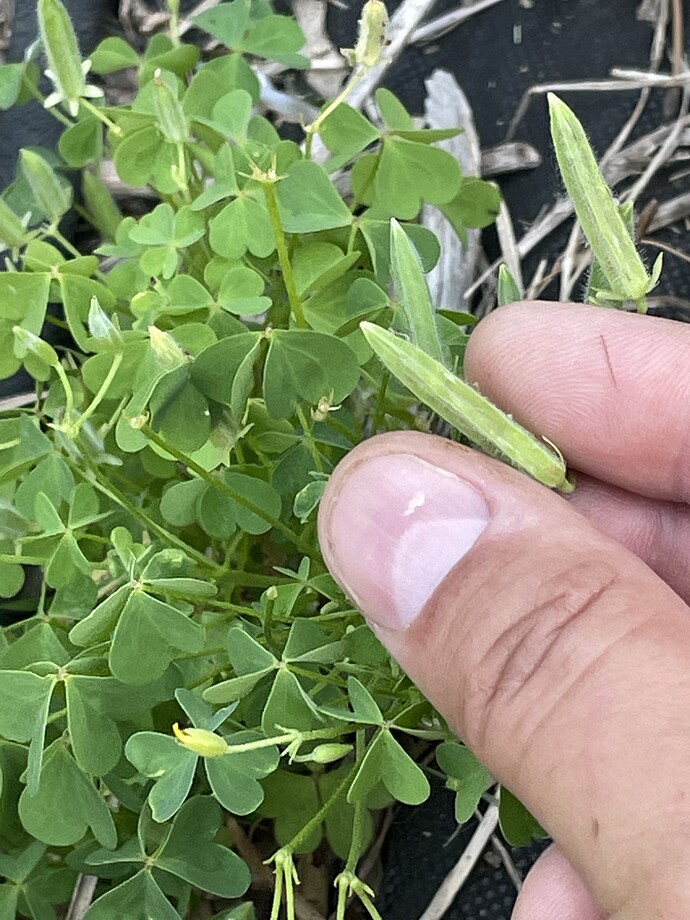 I’m an instant fan! The stuff growing in my yard tastes like maybe 1/8th the spice of mustard greens - just a hint - but has a citrus flavor more intense than the pith of an orange but with a nice texture and flavor like spinach. This would be excellent on a salad.

The ones on my property have purple on the backs of the leaves…very tasty.
Beats arugala.

I’m a big fan, too, but keep in mind it’s very high in oxalates (named after this genus even) which can cause kidney stones if regularly ingested as a significant part of the diet.

Another weed with a similar taste is sheep sorrel, also high in oxalates though.

That’s what beer/homebrew is for … flushing out the kidney stone! Among other things.

I pull this along with the Canada thistles, dandelions, bittercress, plantains (common and English) and all the other weeds, most of which are edible in some way. If survival is necessary in the future I know I have a lovely weed seedbank.

most of which are edible in some way

The difference is wood sorrel (and I’d say even more so sheep sorrel) tastes really good and is easy to harvest. I made a salad of those two, miner’s lettuce, and perennial arugula, and my wife said it was the best salad she’d ever had. But we only eat them once in awhile because of the oxalates.

I have a patch of sheep sorrel I’ve been growing as well! That one is for salad.

Great info!!!
Like you, I thought it might fix nitrogen and I let it go to seed in an area of the garden. Bad idea💡
Glad to know it is tasty. I’ll sample tomorrow.

I find the pink flowered sorrel when hunting morels early April here… I find those mostly in the woods, shaded locations. 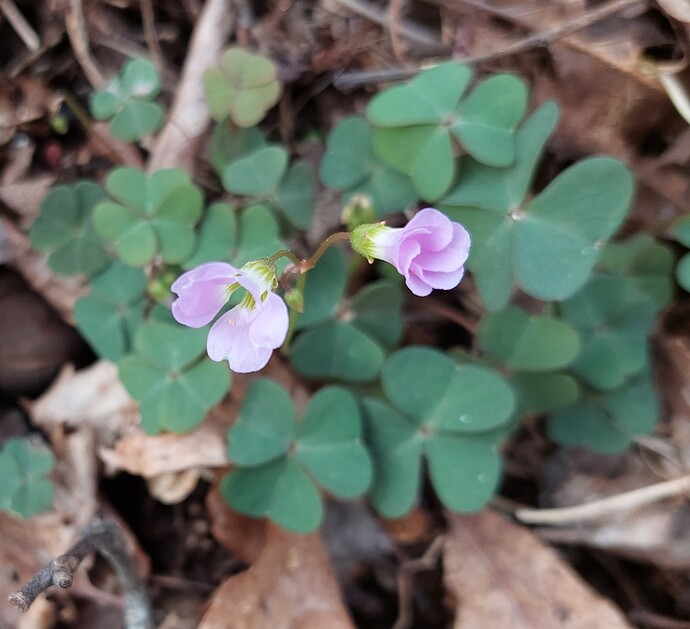 The yellow flower variety is more common here in more sunny locations… it grows around the edges of most of my mulched beds.

I like to eat a bit of both … a nice sharp almost lemony flavor.

So what did you think when you tried it?

Jeremy, I think it’s quite tasty. Mine has a very lemony “burst”! I can’t wait to share it with the little people in my life. It has that
miniature-magical-mystical look that attracts children. I’m thinking of making the Littles a “Hobbit Salad” using Wood Sorrel and pansy flowers as a garnish😄

It’s getting too late in the season for miner’s lettuce, but that’s another common weed (here at least) with a very magical look and a mild, pleasantly oxalate-y flavor. My own little ones gave that their “favorite tasty weed” award. Here’s what it looked like about a month and a half ago around its peak:

By now it’s mostly wilting and done for the year.

I have grown Miner’s lettuce in the past along with the diminutive Corn salad. It does not grow wild here. Maybe I can sow a little under the new trees in the orchard and see if I can get some to naturalize. Thanks for reminding me about another fun plant for the, “Hobbit Salad”.