You win some you lose some with rodents!

The heated battle is underway every year as soon as the snow is on the ground for even a few days. Sometimes we win some and sometimes we lose some. This pear must have been a tasty one! 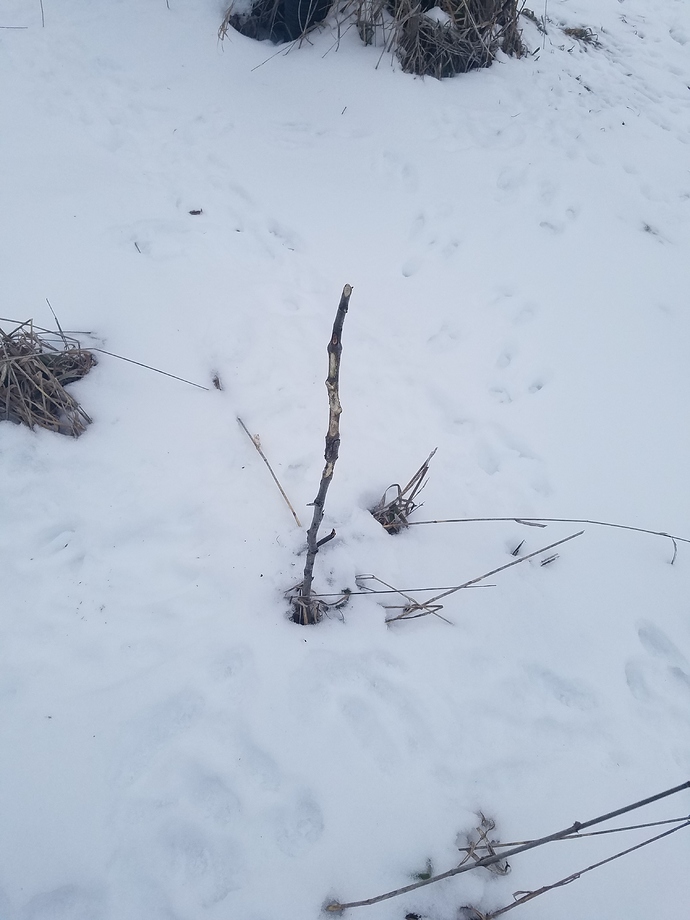 20190125_1705503024×4032 2.64 MB
So it’s true that rabbit got away this time but there will be another day. The dog is not easily defeated long term as another rodent found out today that he caught in the orchard! That’s a rat he killed today in his mouth and they chew the trunks the same as voles and rabbits. That’s my first tree I lost to rodents this year. 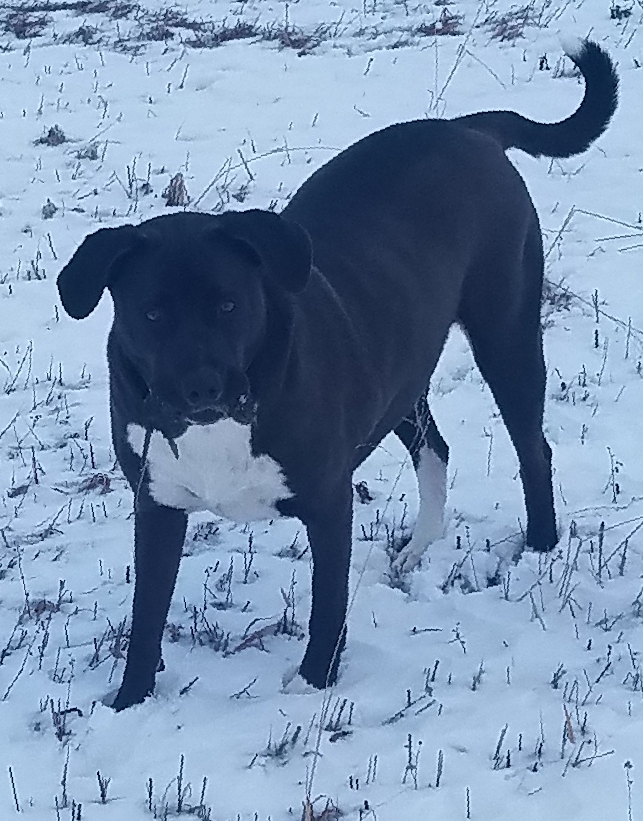 Here is a blow by blow Mark.
I have no patience for rodents after seeing a fruit tree like that destroyed.This dog knows what he’s doing now and saved some trees this year that were to small to protect with corrugated pipe. I would have got it with hail screen but forgot about it. 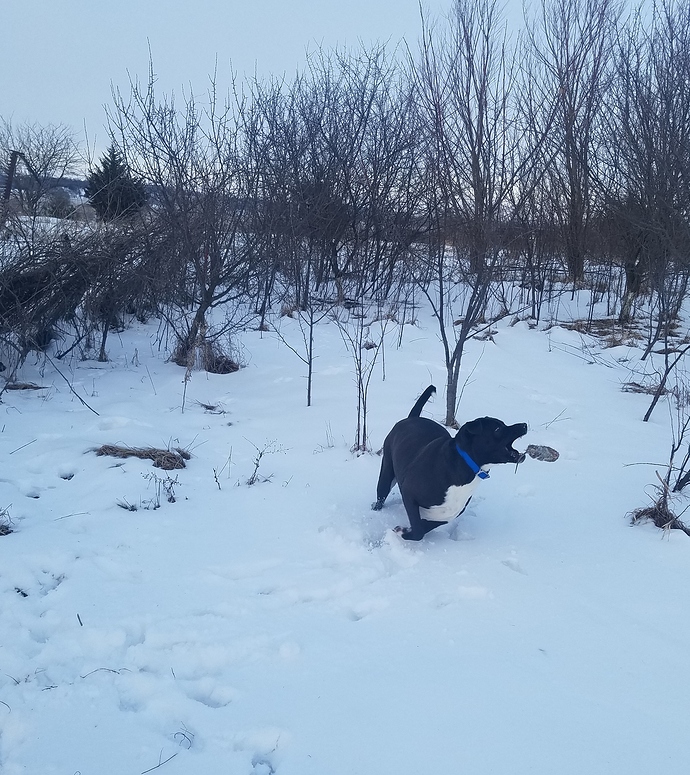 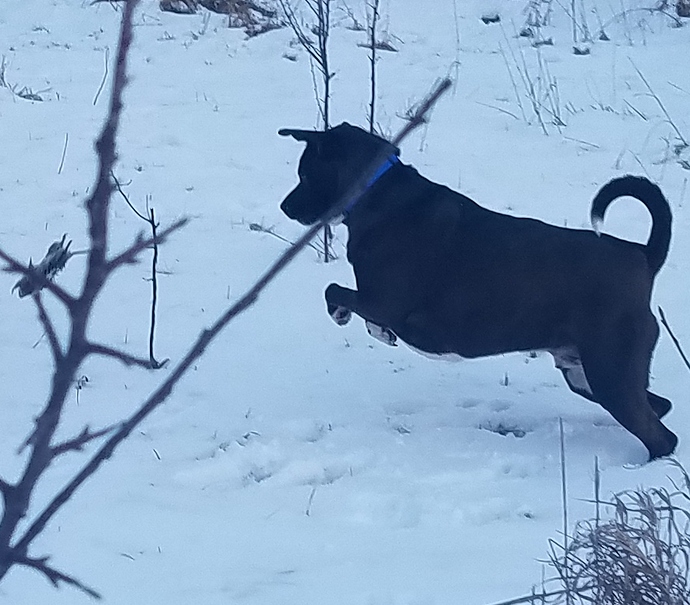 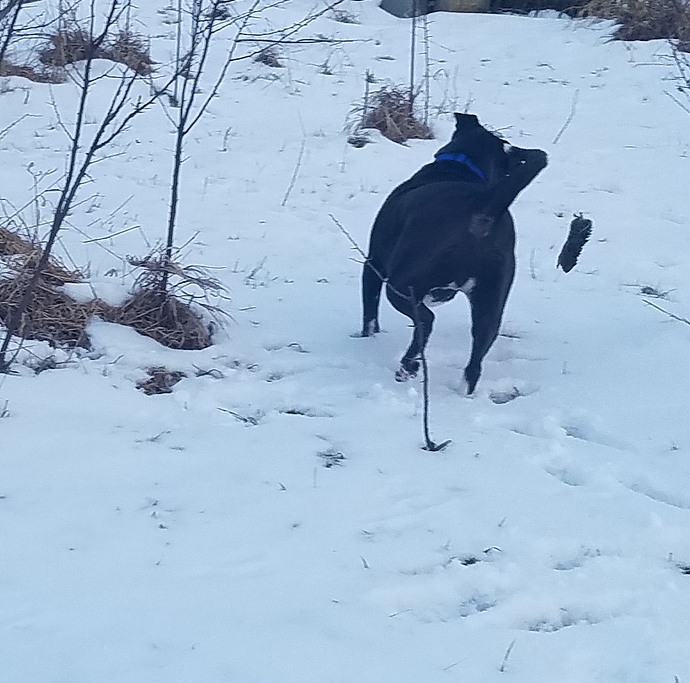 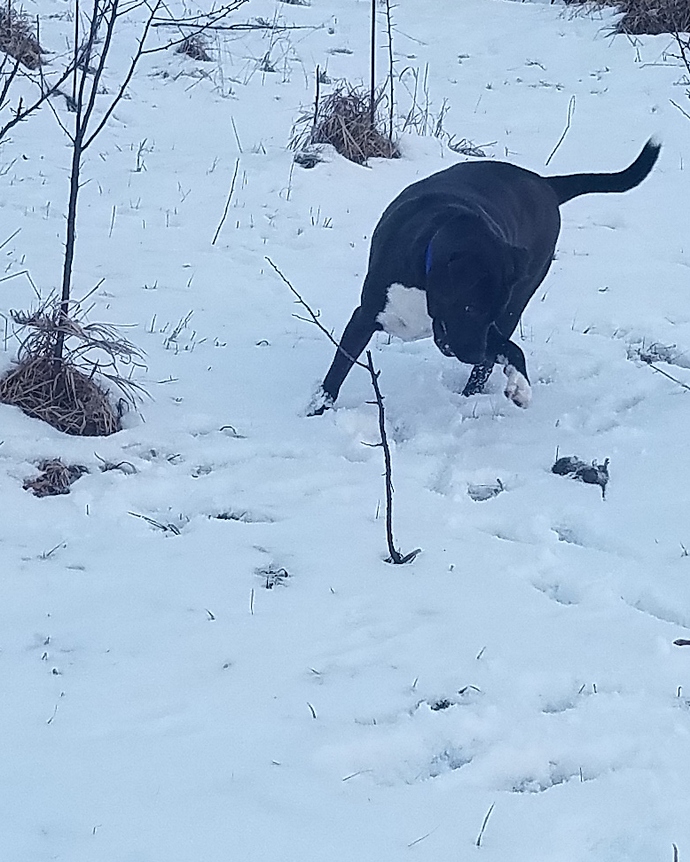 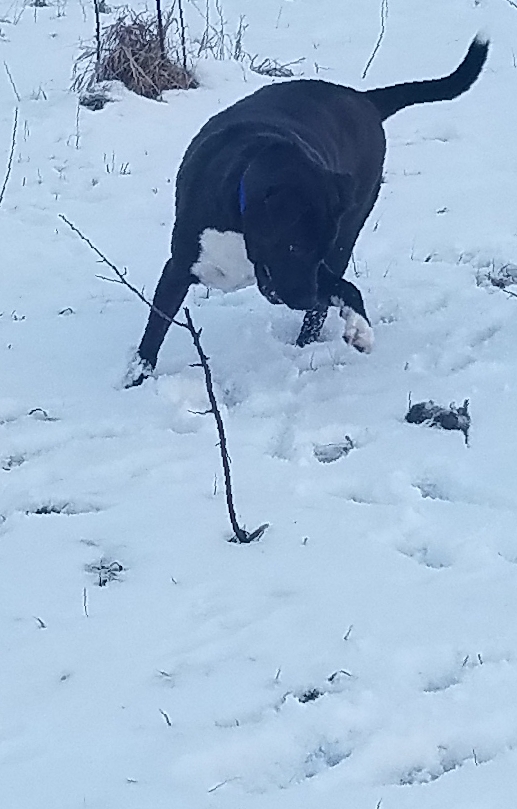 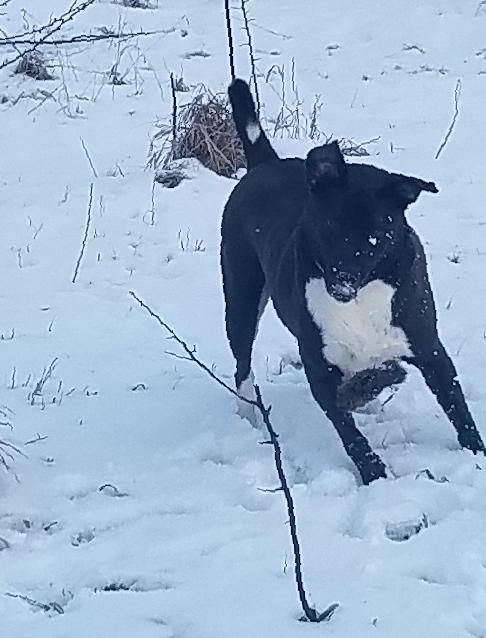 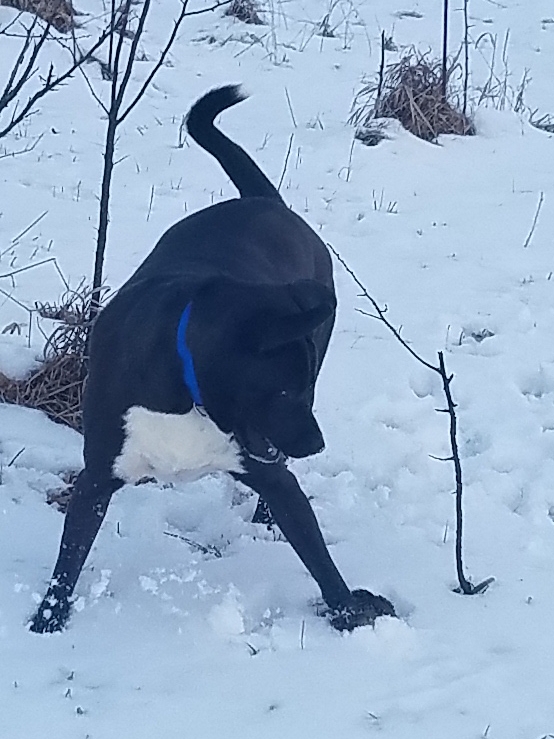 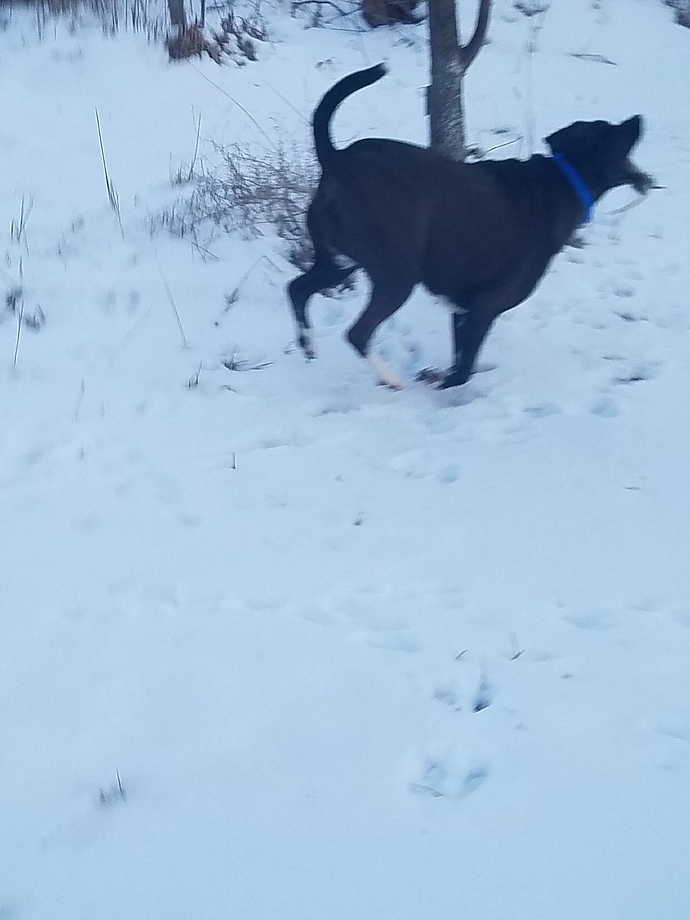 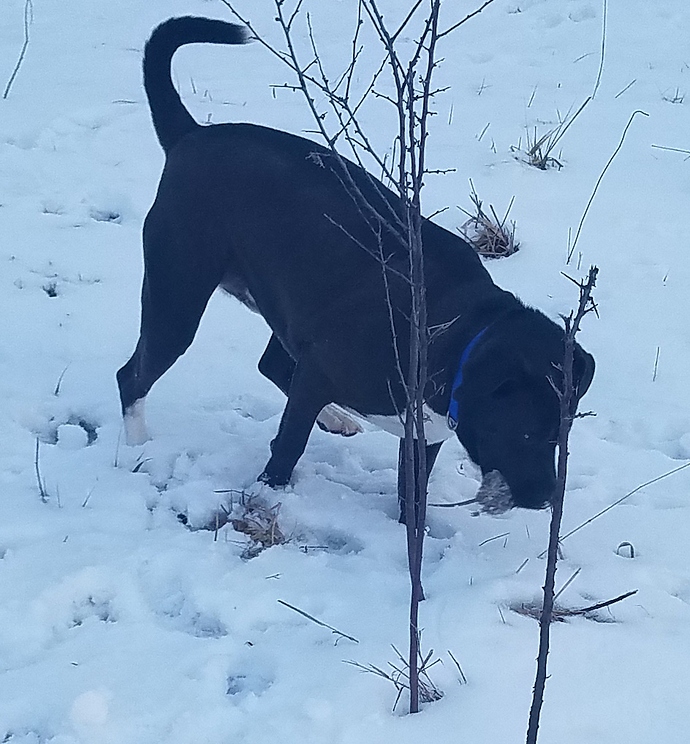 I donated some B9 apples to the cause. I was tired of dealing with their lack of drought tolerance, and “accidentally” failed to cage them for the winter. So, it wasn’t my fault, blame the rabbits 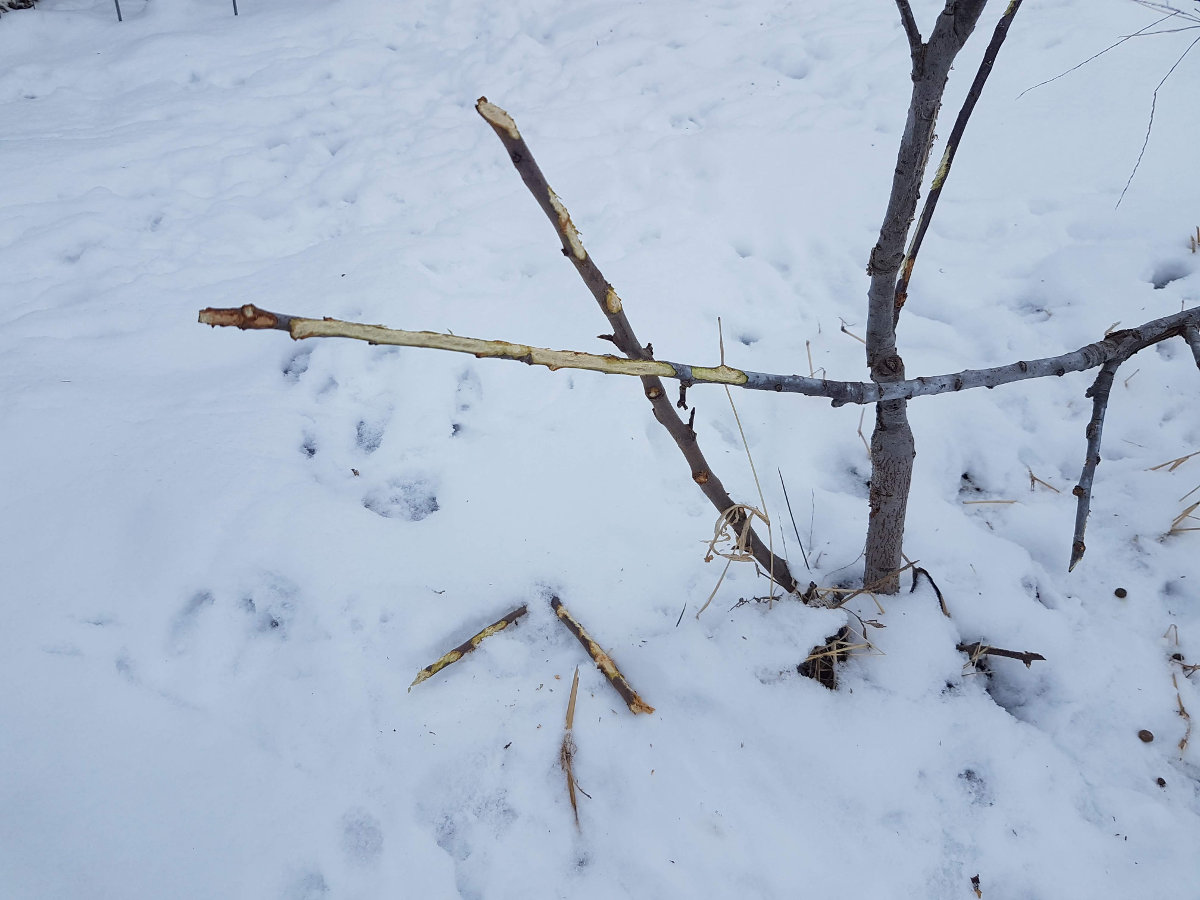 I’ve had bad luck with B9 myself but like you tried those and i tried many others before I settled on mm111 and antonovka rootstock.

I figured it was a better use of my time to work on establishing new trees than dealing with B9. Most of my apples are on antonovka, along with some mm111 and b118. No problems yet but the orchard is fairly young. I did some b118 because it sounded like I could get some apples sooner although I’m not sure that I saw much of a difference with mm111. My apples have generally been happy with the soil and conditions so far, a little more so than my pears overall. I planted a few trees on a clay ridge and the pears on ohxf97 weren’t so happy with me.

Good dog!
I am at constant war with the rats. We have chickens, so I’m hoping the rats leave the saplings alone with the available scattered chicken feed. The chickens are fenced off from my dogs, not because the dogs will chase them, but because the dogs chase each other with little regard for what is in the way. So unfortunately by default, the rats are fenced off from the dogs.

My barred rocks ate rodents because they had the predator hook on their beak. Left the light on at night in the winter when the rats or mice tried to sneak in to eat the grain. Originally I used the light to get more eggs but found out I had less mice. They ate snakes as well if they were small enough.

I’ve seen the videos of hens getting mice, mine are in their coop by the time the rodents come out. I’ve always said I’d hate to fall down and not be able to get up in my run. Little raptors.

After I saw ten hens eat a mouse and pull it apart let’s just say i didn’t eat any omelets for breakfast for a couple of weeks.

Hahaha! I always feel that way a little bit when I chuck a handful of meal worms out to them.