I have some questions for those zone 4 growers in the group,

Chestnuts- what varieties of chestnuts have you found to work? I’ve been using hybrids from Akiva Silver for most and they’ve done very well. American Chestnuts have done well for me also. Summer drough, or late planting on my part has done more damage than our cold winters in my experience.

Cherries/pears- what varieties have you had success with? I went with mazzard rootstock and I’ve bench grafted both North Star and Montmorency.

Apples- I grow exclusively on b118. They‘ve done well in the cold. Deer, rabbits and rodents chewing on them is another story. Even with hardware mesh 48“ tall. I painted the trunks last fall and it seems to have helped. I’m considering aluminum window screen stapled. Freedom has been my best, though enterprise and hewes crab seem to be doing well. I need to do better weed/grass control. I have a chip drop request in so I’m going to mulch. I’ve been hitting all my trees with high nitrogen, as well as phosphorus and potassium. It has worked well getting things to size, then I back down the nitrogen.

Figs/ Mulberries- I have Florea, Chicago hardy and Lebanese bv all growing in pots. I start them in heated garage under lighting(pic below). I’d like to plant some figs on southside near house and plant the Illinois everbearing I have, out on property as well. Anyone have success with mulberries in 4b? 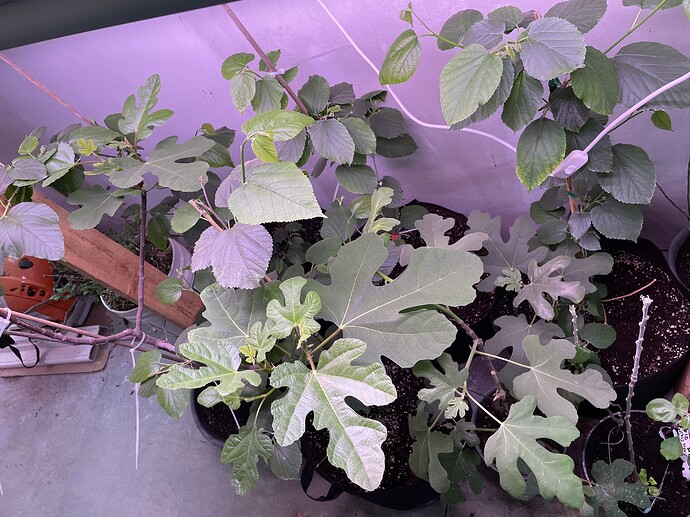 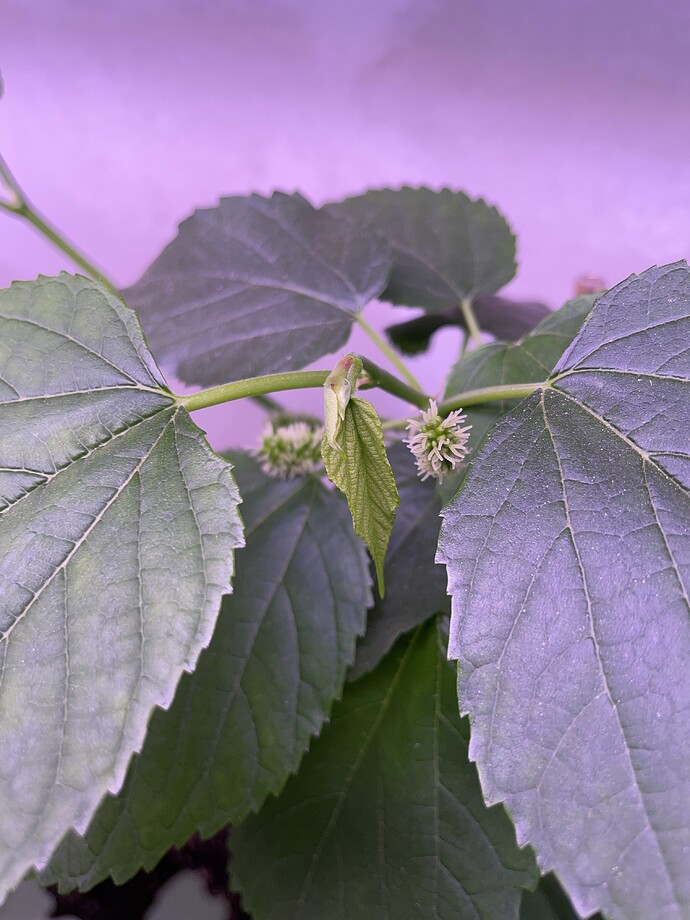 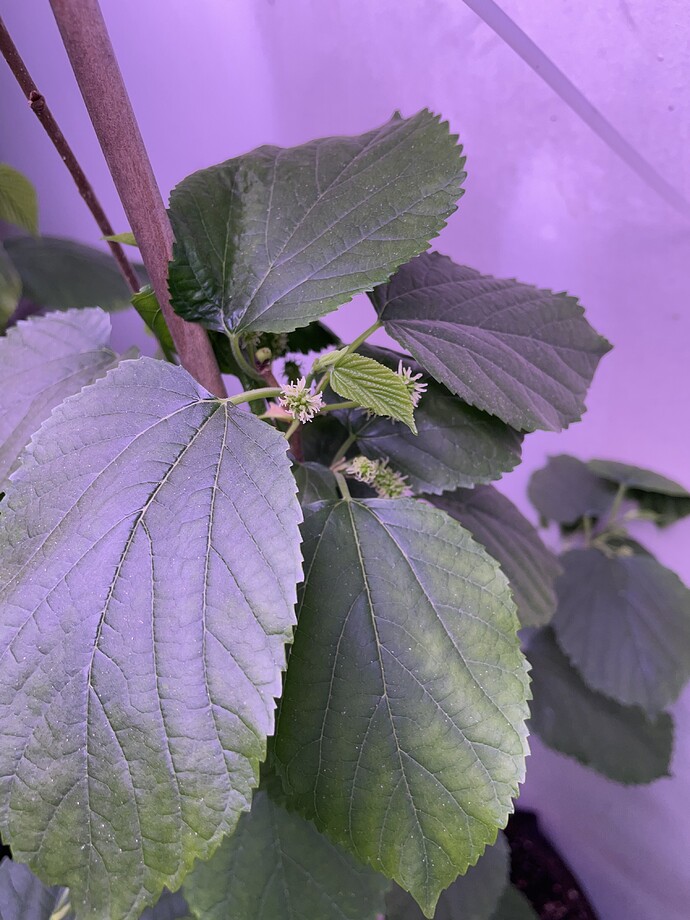 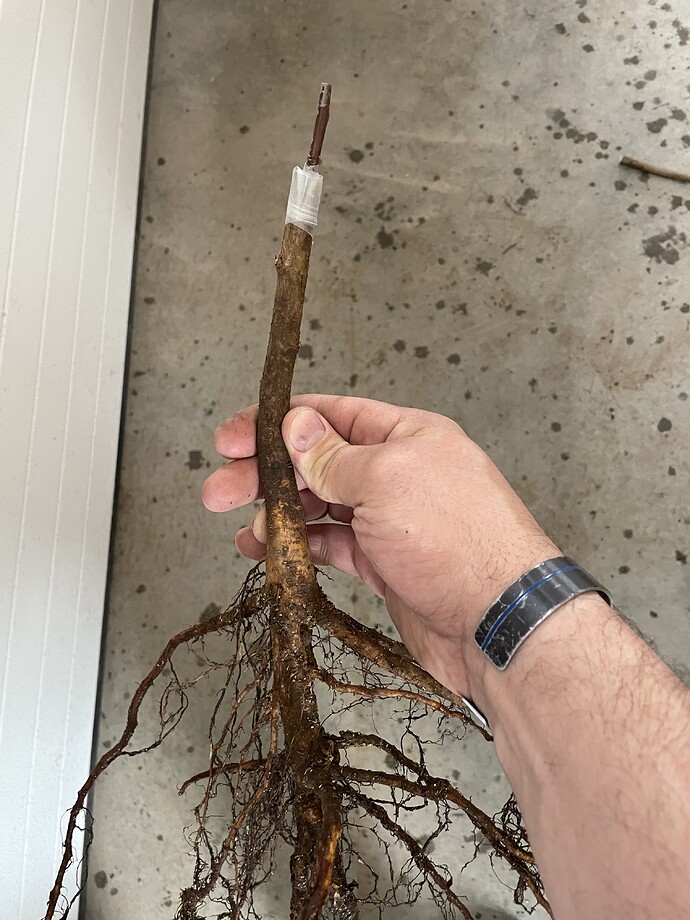 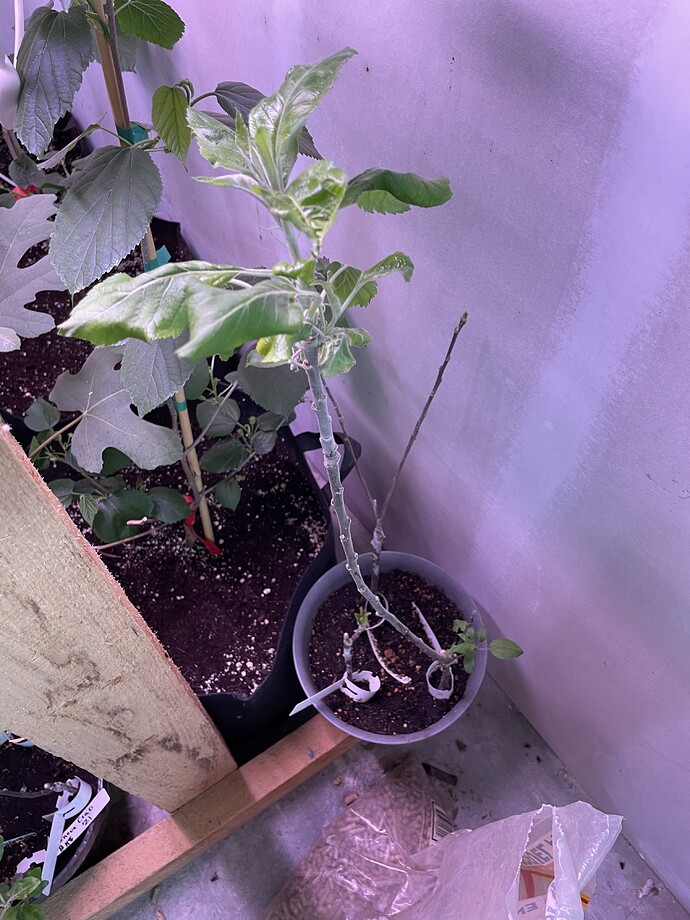 Zero chestnuts I’ve tried survive long term. The roots may survive in winters with good snow cover, but eventually they all get zapped. I’m done with them.

Ure, Golden Spice, and Early Gold pears all survive and produce annually. All are on ussurian rootstock. Pears that have survived at least one winter here but have yet to bear fruit-Walden Large, Okolo, Southworth. Some on ussurian, some on OHxF 97. Pears that I grafted last year and will find out if they survived the winter soon-Beireschmitt, Cabot Vermont, Kaspar’s Winter, Dana Hovey. All on ussurian. Pears that I’ll graft this year with hopes they survive-Taylor Apple Pear, Larinskaya, Waterville. I’ve previously lost a Waterville on OHxF 97 due to winter kill, but will try this year’s scions on both ussurian and communis. I’m planting an Ely pear from St. Lawrence Nursery this year. OHxF 97 has proven itself less than bulletproof when it comes to winter hardiness.

I’ve got many apple varieties surviving winters here on various rootstocks (Antonovka, Ranetka, Dolgo, B118, M111, M7, wild crab seedling, own roots). B118 has become my least favorite. Many of them become “leaners” as they get older, and not due to fruit load. I want free standing trees that I prune to central or modified central leaders. Most of my apples are yet to bear fruit, but this year should (knock on wood) be a good one.

I tried IL Everbearing mulberry. Didn’t survive the second winter. I have several Trader mulberries that have survived winters since 2015. They produce small fruit (so far, the guy that sold them to me says the fruit gets larger as the trees age. Time will tell) that really isn’t worth picking IMO. I also have two wild white mulberries that have survived multiple winters. One is a male, the other is yet to identify itself. I’d like to add a Northrup mulberry from St. Lawrence Nursery some year.

I’m in Zone 3B and high elevation with heavy clay soil and a short growing season. I don’t think I could begin to grow chestnuts here. You are likely the best authority here on that subject. Like you, I have to rodent fence my trees at least four feet and painting the trunks adds more protection. The best thing I did was to deer fence my entire orchard. Before doing that, all my deterrents just seemed like a game of whack-a-mole with the deer. Most of my trees have been in for 8 years. Apples on full size roots are thriving. I’ve harvested Yellow Transparent, Westland and Dakota Gold the past couple years. I expect the Hazen, Haralson, and Wolf River to start soon as they appear to be thriving but had not bloomed yet. I started out with Ure, Early Gold, Golden Spice and Cabot Vermont pears. All that survived was a Golden Spice and the Cabot Vermont and they had froze back so are only about 4 foot high after 8 years. I tried about all of the U of S dwarf sour cherries. Juliet , Carmine Jewel and Evens seem hardiest but I’ve had winter die back from all of them. My biggest challenge is our tendency to have warm wet Fall weather abruptly terminated by a deep Arctic freeze. Almost all the pears and stone fruit that I lost had not gone dormant in time.

I planted several chestnut trees about seven years ago. They are still about the same size as when I planted them. Half a dozen pecans all croaked in a year or two. I have planted two Kokusu and three Illinois Everbearing mulberries. I think the rootstock is surviving on one IE and a second one may still be alive. My tree cherries were failures. The meteor would sometimes form green cherries, but they would disappear when 1/4 inch diameter. Then the tree died after about 12 years. The Evans never even got cherries, just blossoms, then finally died. The three sweet cherries have only produced one bowl of cherries in 15 years. Carmine Jewels or other bush cherries is the way to go. Clapps Favorite, Luscious, Flemish Beauty, Summercrisp pears produce well, although Summercrisp is somewhat blah for fresh eating. Apricots and peaches were not successful, either. There are numerous apples that grow well here. Most of mine are on standard Antonova or B118. Kolomikta kiwis do well if you can keep the deer from eating them, and birds don’t seem to go after them, but I am not a big kiwi fan. We are near St. Paul, MN, zone 4a. If I had to depend on my orchard for a living I would be dirt poor. It is more for diversion and an excuse to get out of the house. My better half calls it my “money pit.”

im in z3b/4a n. Maine. never tried chestnuts as i dont have the room. put in 3 plug illni everbearing mulberry last fall but not sure if they made it yet. got riverview mul. from the old rolling river nursery. its hardy here and has put on 4ft of growth but still to young to fruit. northrop mul has done well but not fruited yet.i have a unnamed m. alba that ive been trying to graft over to illni. everbearing with no luck. tying again this spring. i grafted over a 6ft. mtn ash completely to all z3 hardy pears. they have all b put on alot of ghrowth but havent fruited yet. think i got patten, warrren , summer crisp, stacyville and nova on it. for cherries i have carmine jewel, romeo , julliet, montmorency, nanking red and white and lutowka rose polish cherry. the 1st 5 have done well and gave me some fruit last summer. the last one is still a few years before producing. i have a chicago hardy fig in ground in a protected micro climate on the south side of my house. fruits but frost kills them before they ripen. also freezes to the ground and regrows in spring. tried a trick from a guy in n.w montana. in fall i cut the roots on 1 side. layed the tree down and buried with insulation and a couple heavy blankets then with about 6 ft. of snow. its exposed now so hope fully when i right it it will have survived and maybe give me a breba crop. i have no place to over winter here. i have 6 each types of apples grafted onto my y.t and sergeants crab. all took and last year i got 6 y.t off that tree but nothing on the scions yet. i grow over 60 types of different fruit here so this is just a small part of what i grow.

well my 7ft Northrop died to the soil here last winter from our 3 record days of -40f. came back from the roots and put on 6ft. of new growth over summer. my Adirondack gold apricot also bit the bullet but didnt resprout yet. funny thing is it leafed out then declined and died. maybe not cold damage idk. monty cherry and nelson blackberry took some damage. maybe 30% die-off but they are bouncing back. 0 damage on romance, lutowka rose and nanking cherries. Riverview mulberry was unscathed as was my 6 variety pears on mountain ash. several cultivars were only z4 hardy too. planted 2 illnis everbearing in sept. on Russian rootstock from Barkslip. not giving them any protection. hopefully they make it. ones on higher ground so may escape colder temps. others near the chic run. king of the north and Marquette grape froze to the ground. Marquette came back , grew 2 6ft. vines and set 5 grape clusters in 1 summer. king of the north was K.I.A even though its z3 hardy. all my z4 hardy apple grafts came through just fine also. my hardy Chicago fig came through layed on its side and buried with no damage but fruits too late to ripen here. got Florea from Barkslip i put in this spring and has put on 5ft. of growth. hopefully get some off of it next summer. buried it as well. was expecting much more damage from those temps. thank God we had a good snow pack. one thing deep snow is good for.

My 2 Traders and 2 wild white mulberries all came through last winter with some tip dieback. I believe I’m about done with any more mulberry experimenting. If what I have now lives long term, awesome. If/when they die, I’ll replace them with an apple or pear tree.

Pears: Parker, Summercrisp, and Patten. Thinking of adding another dessert pear, but still undecided on what to try.

Cherries: Romeo bush (purchased a Juliet). The Romeo popped out some cherries the first year, but they they ended up drying out/dying, presumably because they didn’t have the root system developed enough.

Apples: planted a Honeycrisp and golden delicious. Thinking of adding another two trees, but, again, undecided on which. Like the pears, I am looking for a dessert apple. I’m debating Rubinette, Cox, Karmijn, or Ribston. Anyone have any luck with any of the above or similar???

Always good to see another MN resident on here. I’m guessing by your growing zone your located more in the southern half of the state? There are lots of great apples to try growing and if you haven’t learned to graft then that will open your possibilities even more without having to add a tree for every new variety.