Any ideas of perennial greens or roots or herbs that are hardy to overwinter(or even stay green) in zone 6 and survive somewhat drier(not always irrigated) low-care conditions?

Some that often stay somewhat green for most of the winter are:
Spearmint
Strawberry

Someone is claiming their Rosemary doesnt even die back here in Kansas and stays green! Any experience here?

Any other low-care ideas?
Maybe any of these? 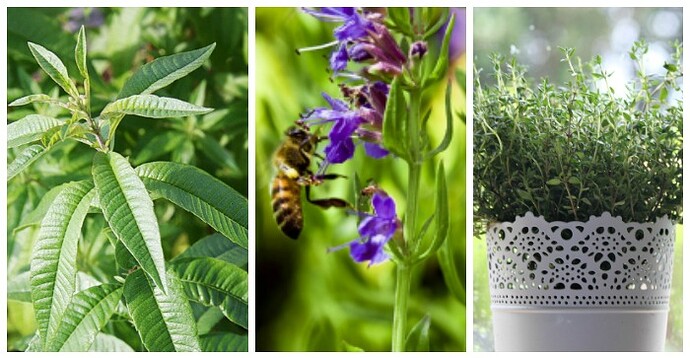 These perennial herbs will come back year after year in the garden. Find out their cold hardiness zones and how to use them in cooking.

There is a Canadian Permaculture guy on YouTube that has those… I plan to get some started here soon.

have them here and they spread consistently. waiting until i get a substantial bed before i start to harvest some. started with 3 bulbils, 2 years ago . have 20 now . should triple that by next spring. each onion puts out 4 to 6 bulbils.

everything on your list survives here. dies in the fall. comes back in the spring. havent tried rosemery though.

Turkish rocket is super hardy. But as advertised it tastes like crab meat. I haven’t been able to stop my brain from screaming in confusion when handed crab flavored vegetable. But since groceries have been weird I’ve let it live as an emergency food.

My rosemary is tucked against the house and I usually get 3-5 years out of a plant. Same with sage and lavender. Thyme and chives appear to be immortal. Same with oregano, but mine got a fungus so I ripped it out.

Spicebush is fun. Like peppery allspice. Decent tea too.

Rose hips of course and nettles if you’re into those sorts of teas; same with raspberry and blackberry leaves.

Garlic isn’t really a perennial but you could probably get in a cadence of drying and replanting. I tried this year and it was toast before replanting time.

I think that is it for my herb sorta things. Mostly I grow fruit and berries, which generally thrive on neglect or die young in my yard. Darwinian gardening I call it.

i had a doz. Georgia fire garlic cloves that made it until this spring and were starting to sprout so i planted them by pulling back the mulch in may, placing the clove on top of the soil and reburying with mulch. harvested them in oct. the head was as big as a softball and cloves 3xs the size of fall planted garlic. this may be my new way to get a big harvest sooner and the garlic is clean as its in mulch not soil .just reach down and twist and the head pops right out. j., artichoke grows like crazy here. i have a red and white variety. it grows wild around old farmland here. also try ground nut. it grows as a vine and is in the legume family. the pilgrims survived off them once the indians taught them to forage for them. mine have grown and spread well in 3 years. cultivariable has them. 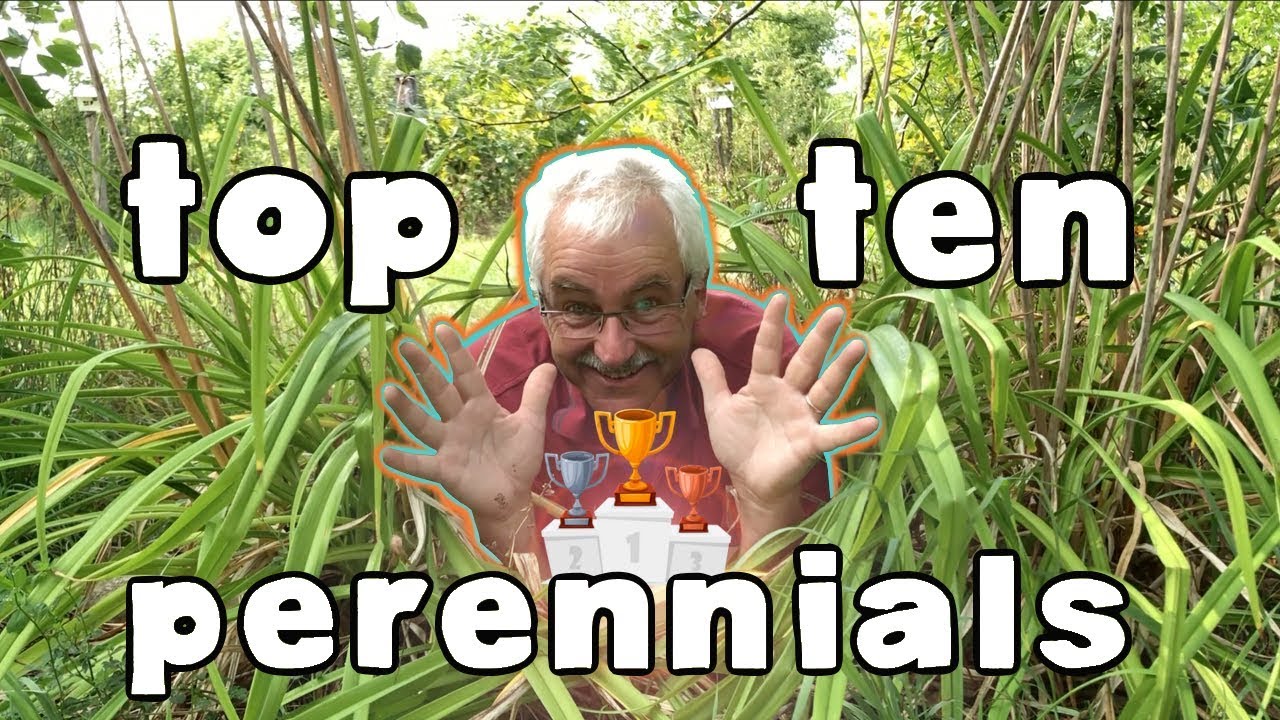 yep. been watching his vids for years. ive learned alot from him. when all these restrictions are gone i plan to go see his place. hes about 2 hrs west of me.

Garlic Chives are another thing that i added recently.

Be careful with Jerusalem Artichokes. I planted one bulb that i got from beside the road and they take over the world. Plant it somewhere that you dont care if it goes crazy…idk if you can ever get rid of them if you change your mind.

Japanese Barberry is supposedly a good winter forage to eat, but i havent grown it yet.

Horseradish and asparagus. Rhubarb I think maybe works in a less water scenario as long as it has some preferably afternoon shade

Friend from Cookeville TN area who grows a lot of perennial veg/fruit crops send me bulblets of ‘Babington’ perennial leeks which they’ve been growing for years. Just planted them this fall, so I can’t comment on how they persist or produce, for that matter.

I know my grandmothers both had big patches of some sort of perennial garlic or some other Allium that were ‘just there’… don’t know that I recall them ever using them for anything.

mine are planted on my lawn so if they start to spread, they get chopped every 4 days.

Rosemary will survive zone 6 IF PROTECTED FROM WIND. I can’t stress how crucial that is. Arp is one the hardiest cultivars, I had one in ground for 4 years before I had to remove it.

Did you ever try musk strawberries (F. moschata)? Very hardy, unstoppable ground cover—even the Bermuda grass has a hard time getting a toehold among them. Mine have been shy bearers thus far; only got a couple of handfuls last year. Unlike most strawberries, though, they reportedly get better and more productive with age. Probably the best-tasting strawberries I ever ate: like an alpine “turned up to eleven”!

Garlic chives are practically unstoppable. I never could get regular chives to survive long here, but these things thrive—and spread. They’re actually pretty in flower, too, and bring in a lot of beneficials.

Yes, this was a thing with some of my folks, too. My great-grandmother—this was in eastern Kentucky—had her patch of garlic (I think it’s actually A. ampeloprasum) that she treated as a perennial. She only ever used it for one thing: she put the cloves in dill pickles. She got it from her mother-in-law (my g-g-grandmother) and said that it had actually come from Ireland, long ago. I’ve heard a report of something similar from north Georgia. Think it might’ve been an Ulster Scots thing, part of some forgotten foodway and/or medicine-way. Have never been able to find any information, though.

I still have a stand of it. It’s hardy and nearly indestructible. If left in place, it will spread by both bulb division and by tiny underground bulblets. Blooms in summer—looks something like the “Yorktown Onions” that grow in the Virginia tidewater—then dies back, only to come back without fail. Have never known it to set viable seed. Very mild cloves.

Arp is one the hardiest cultivars, I had one in ground for 4 years before I had to remove it.

My Arp’s been in the ground about three years now, at the southern corner of a shed. It does get afflicted by some sort of stem knot that sometimes causes dieback of branches, but hasn’t killed the plant yet. Probably caused by my humid climate.

Anyone here ever try the edible tuber crosnes (Stachys affinis)? They’re in the mint family, and are supposed to be very easy.

Anyone here ever try the edible tuber crosnes (Stachys affinis)? They’re in the mint family, and are supposed to be very easy.

I have a pot of these that I’ve moved in and out for a few years now. Next year I should break it up and move some into the garden and put the rest in a bigger pot.

They are super easy to grow and I’ll admit I’ve forgotten about it for weeks on end and it wilts but pushes new growth easily. 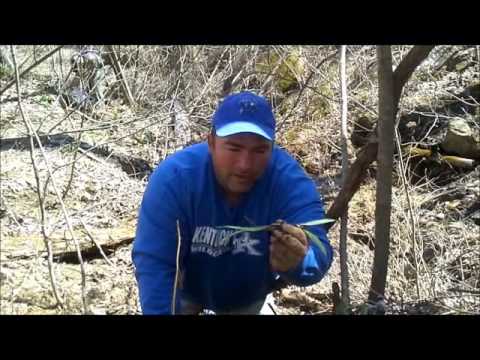 I know lots of sang hunters that harvest ramps each spring… they grow wild in the mountains and have a taste that is really a combo of onion and garlic.

Billy Taylor and his two sons show collecting ramps (aka wild leeks) in the mountains of eastern KY. Those boys live to collect all kinds of stuff from the wild… especially ginseng.

What about rumex sp/sorrel? I have bloody dock and garden sorrel planted in 6b. No winter dieback and still able to harvest.

i started a patch of ramps from bulbs i got from w. virginia. they havent spread yet but have survived 2 droughty summers with no water under my big spruces. planted them in compost and mulched with woodchips. planted some golden seal under there as well as some ostrich fern ( fiddleheads). all survived so far.