How about a thread dedicated to the grafts members are doing for 2016 . I have several I have done recently on rootstock I have in the house just for the heck of it. Here is one I did a little earlier that is starting to take off. It is a “39th parallel” apple that was sent to me from the member on here by the same name ! 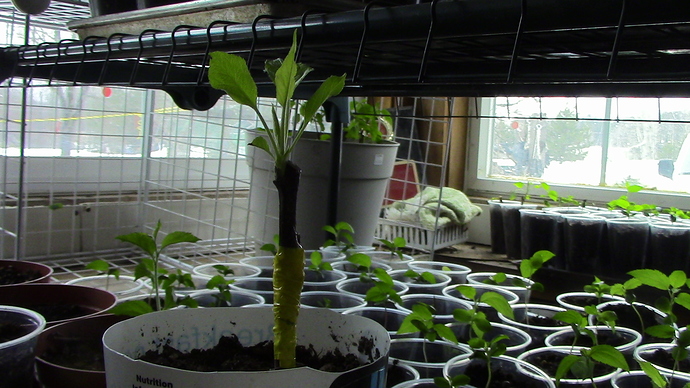 Great Idea! A few of mine have started to take off. If we get a break in the weather here, I’ll try and snap a few pics tomorrow

Thanks for sharing that picture. It always makes me happy to see fruit that I helped to supply.

I am a little behind in my grafting this year but am excited to work with a bunch of red fleshed varieties. I love how there wood is red. 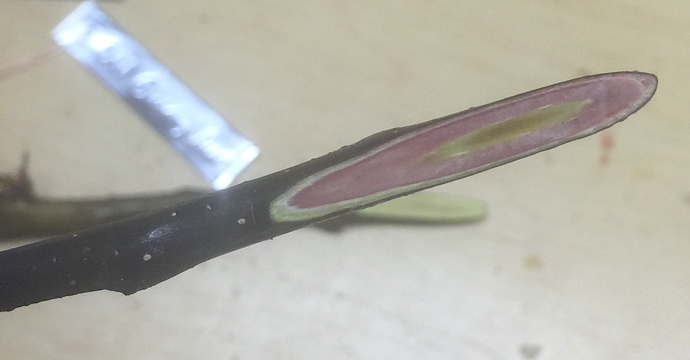 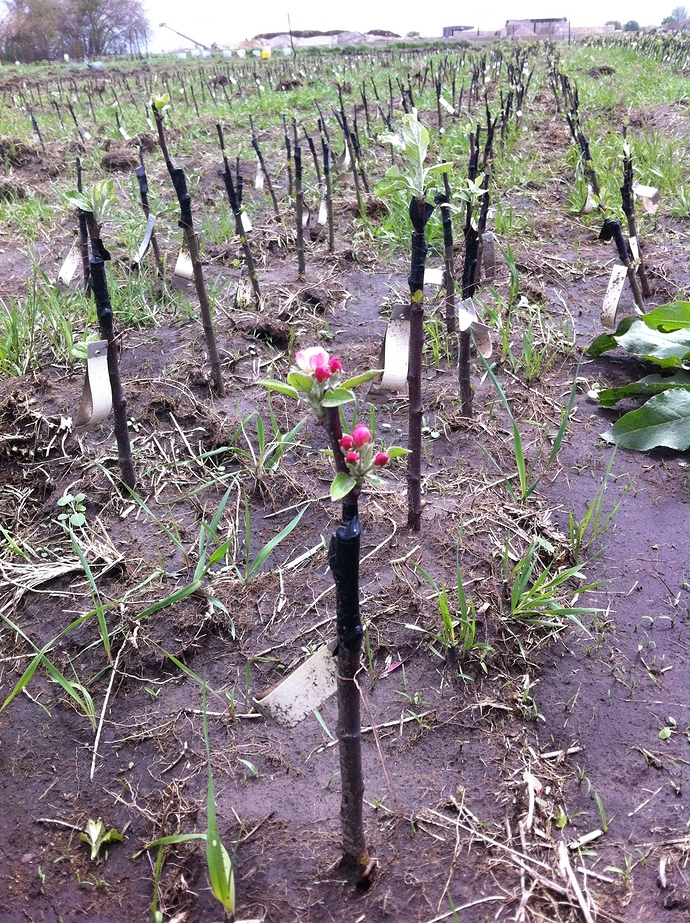 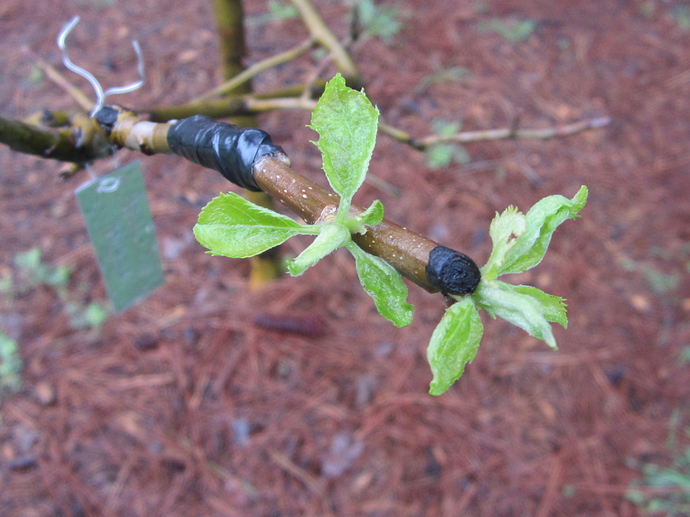 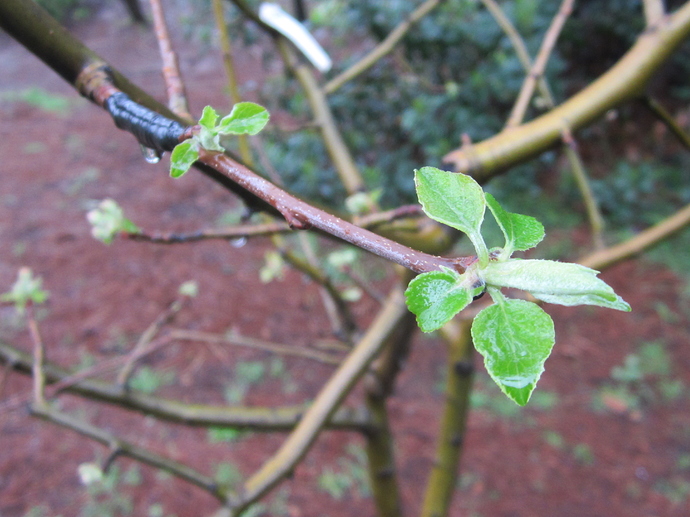 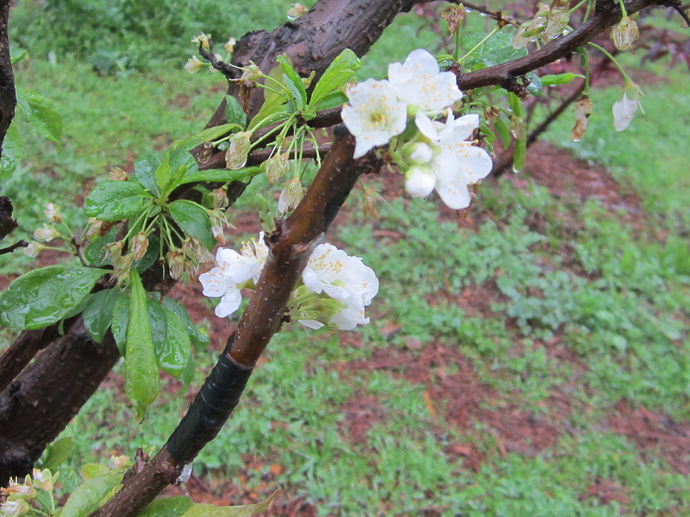 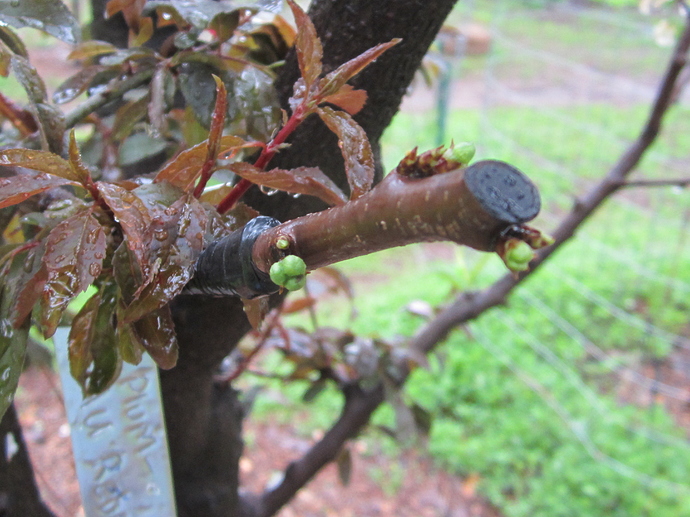 A T-bud I did late last summer, I figured was dead, but turned out to be alive. Can’t remember what variety 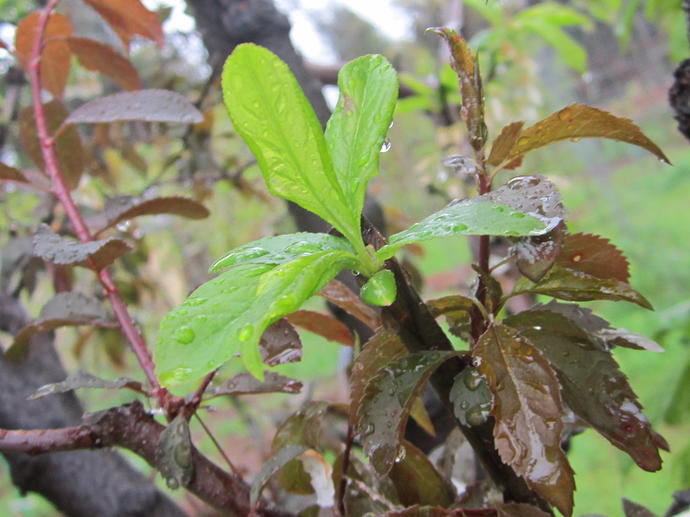 Not grafts but baby plum rootstocks for this summer/next year. 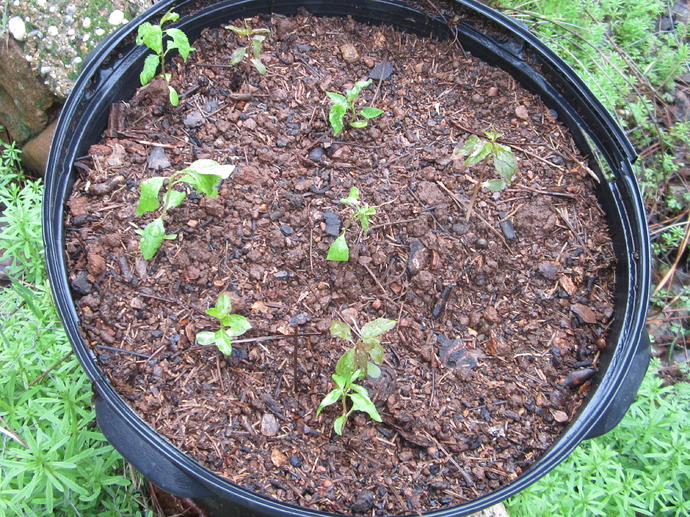 39thparallel, how do you get those long perfect cuts? Are you doing that by hand(knife?), or device? What kind of technique do you use?

Here is a couple more
Williams Pride sent to me by @mamuang. It is on of two grafts of Williams Pride I did a wile back and they are both leafing out. This one I brought the root stock right in from where it was under the snow and grafted it right then. The grafted scion ( I broke the top bud off wile grafting) had sap running out the top of it the next day and for several days after that ! 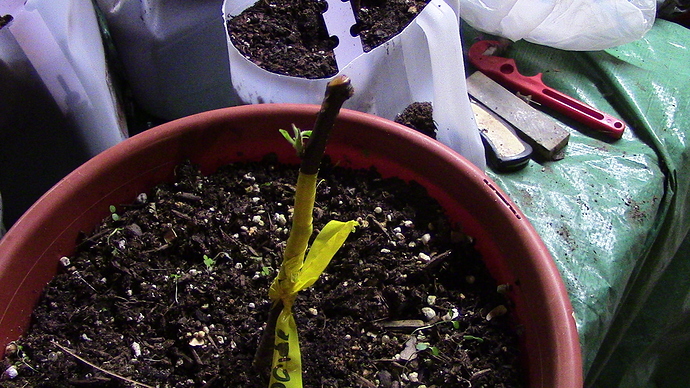 This one is a Cinnamon Spice sent to me by @39thparallel . I grafted it onto a root stock that the voles had cut off right to the ground . 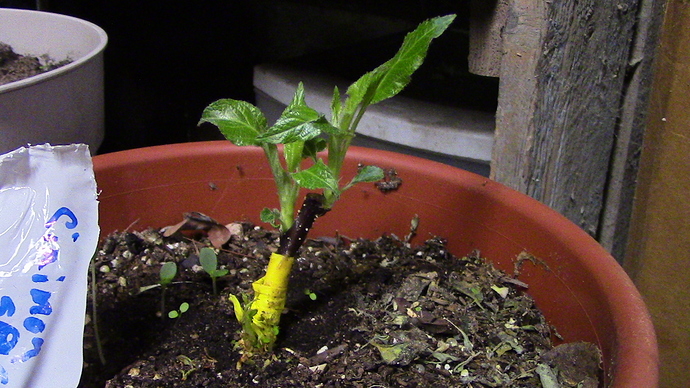 The 39th parallel graft I posted at the beginning of this thread has doubled in size!

Chris,
Congrats. If you ever need more WP, you know where to ask.

Looks good!
What rootstock are you using?
Did I send you Red Cinnamon? It has not fruited yet for me but grows an very impressive nicely branched tree.

They are on seedling root stock as that is what I was able to get to at the time. I have room around the property for more full sized trees but plan on B-9 and ELMA-7 for my row plantings. What I am waiting for is real spring to graft over the almost two dz mature apple trees scattered around the property.
Yes you did send me Red Cinnamon but I have not grafted it yet.

I always enjoy pictures of field grafts. Are you using flagging tape on your bench grafts?

I have a 98% success rate on apple bench grafts cutting a whip & tongue buy hand. The rootstock in the picture is 3/8" really to large for benchgrafts but I was able to make it work. That was my first year grafting. I now use 1/4" and NEVER use electric tape. I have a grafting tool but don’t like it. The whip & tongue puts a large area of cambium in contact and you only need align one side. It is very forgiving if the scion is smaller than the rootstock which is generally the case.

Yes , it works real well but it needs to be cut off after the grafts take. A few of the recent ones I have been doing on B-9 and ELMA-7. Real spring I still a ways away here so they get potted up. I have found that it really doesn’t affect them to transplant them later on . 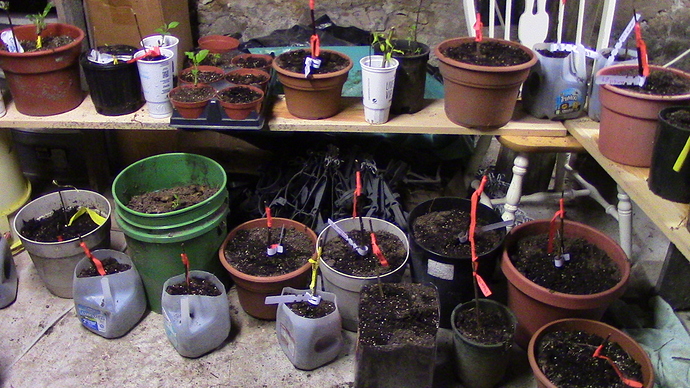 Well, I tried my hand at some apple grafting today. I decided to take the plunge as my rootstock were leafing out after pulling them up from the nursery row a couple weeks ago and storing them outside on my patio.

Haha… I took these pictures after cleaning up… you should have seen the pile of scion chips all over. 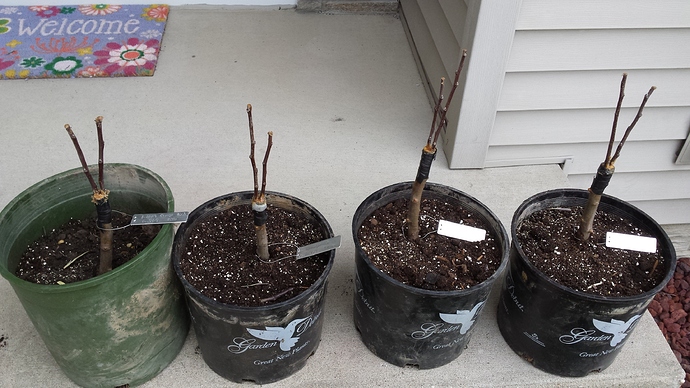 here is a picture of my bench grafts from a couple years ago:

Just curious, what did you use for weed control for those new grafts, as the summer progressed?

Make sure you give us an update later this summer !

Will do! I am crossing my fingers as these are my first grafts. 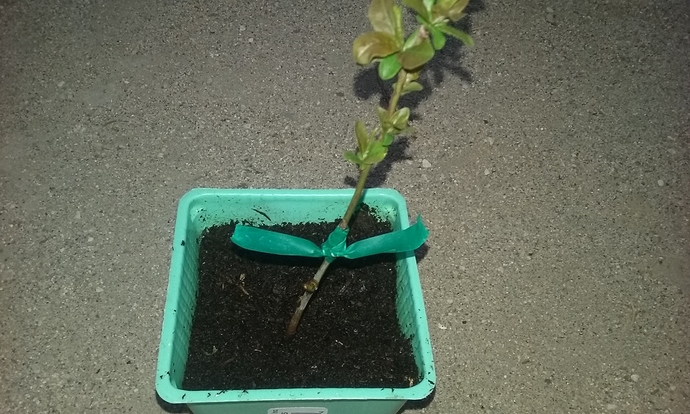 First I tried laying out cardboard and mulch. That resulted in damaging trees and creating cover for voles. I was able to keep things under control the next year with surgically precise applications of roundup and some hand weeding. This year I am also using prowl pre-emergent