And...they are starting to arrive at the big box stores

So as I was walking the garden center I saw they just got a new early arrival - Avocado, and various other trees. Spring is on the horizon! 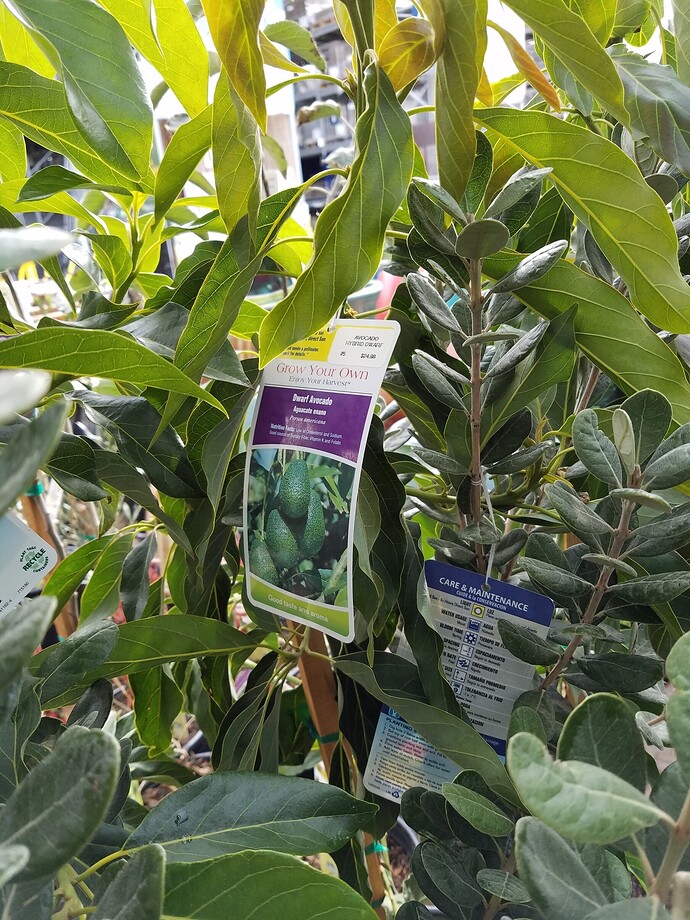 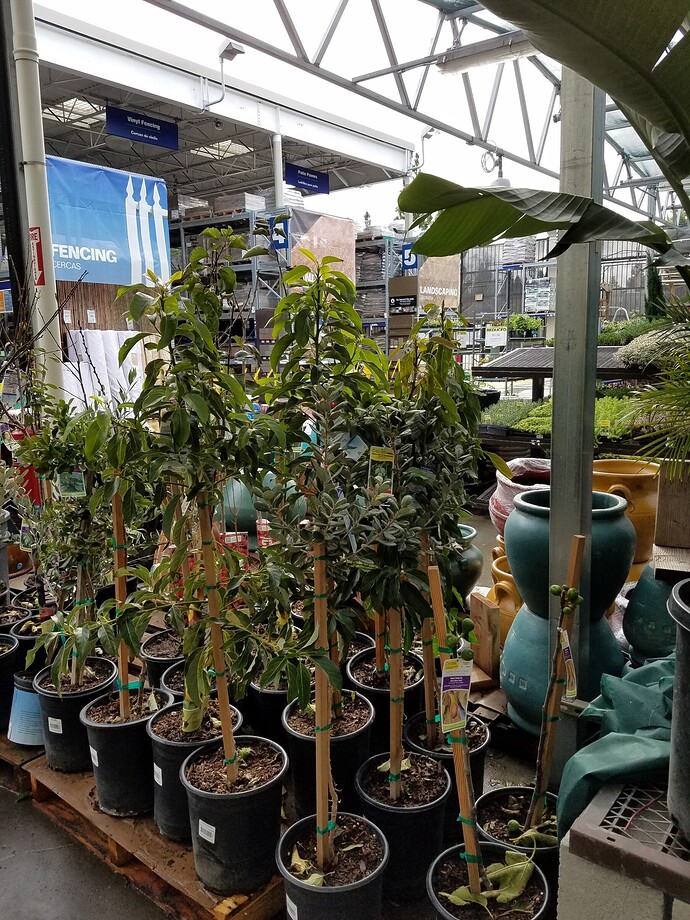 In my experience, it’s labels like this one that cause eager novice gardeners to feel like a failure when their expectations don’t come to fruition.

True enough. Especially Avocado with all their fussiness. But it still made my day seeing the new arrivals

it still made my day seeing the new arrivals

You bet! Did you happen to notice which cultivar of Pineapple Guava they are selling?

I unfortunately did not. I was hoping the broader pic may have been sharper, but it was not.

I didn’t have trouble with the resolution of the picture, but it is the back of the label showing with no cultivar information. Kind of typical for that distributor.

I’d bet the farm on the variety being Coolidge or Nazemetz.

You warm climate people…Makes me jealous!

I’d bet the farm on the variety being Coolidge or Nazemetz.

In my experience it’d be a first for Lowe’s to carry Nazemetz. But hooray if they are!

I have seen Nazemetz at either HD or Lowes recently — At this point I don’t remember which — both are getting supplied by La Verne:

We are a Primary Supplier of high quality fruiting trees to most retail nurseries. If you are seeking our products, you can go to almost any nursery or garden center and request La Verne trees be delivered.

See Nazemetz and Coolidge in bush and tree form.

I have seen Nazemetz at HD in the past but not Lowes. La Verne was once my supplier.

I agree with Richard. I heard a garden show, Farmer Fred, with Don Shorr (who is great!) talking about these and they were developed from the Hass avocado. In Davis CA Don and Fred suggested Mexican varieties as they are the most hardiest, and dogged this dwarf, although admitting they knew little about it, but Hass is not hardy in Davis CA, only in micro climates, so they doubted this dwarf is very hardy either. We all may be wrong, it’s too new for real evaluation. Just adding info to help in any decision making. Check out Farmer Fred’s podcasts on the matter for more info.

There are several cultivars of Avocado that are sold as “Dwarf Avocado”. Lowe’s (and HD) use the same picture for all of them. I think they contract with La Verne Nursery.

I believe Stewart would work there.

In 1971 I had a 50 year-old Stewart in my backyard in Redlands, CA – near the corner of Highland and Center Street (USDA zone 9b). It had been pruned for shape but never for height. I was 6’ tall, 180 lbs and could easily climb it above rooftop elevation. I’d estimate it was 40 tall. That tree rained delicious fruit every year. It has since been replaced by a swimming pool.

Wow, I know that avocado trees grow big, but 40 feet for a “dwarf”! My trees are still very young.

I don’t know how the supplier can refer to Stewart as dwarf unless it is on some sort of dwarfing rootstock. In that case the tree would still nearly reach its full height eventually – but take a much longer time to do so.

Stan, is your Duke tree a seedling or grafted. I have some Duke seedlings (seeds from two persons in Sacramento area) and when mine are a little larger I’ll be looking for some Duke scionwood. It sounds like your tree is probably too small, but do you know of any sources up in your area?

Many retail avocado trees sold in California are grafted on Zutano, so the seedlings of these grafted trees tend to have Zutano-like phenotypes.