2 Likes
Can someone identify this mushroom?
Jujubes- Our New Adventure
'Lost crops' could have fed as many as maize
Pawpaw in Kansas - it's a lot of work but can be done!
cousinfloyd September 16, 2017, 4:43pm #2

Oyster mushrooms are an edible wild mushroom that I like very well and that I find at various times of year but most commonly and abundantly in late fall/early winter. I see them most often on tulip-poplars (which are very common trees here), but I’ve also seen them on hickory and persimmon and ailanthus… Oyster mushrooms are fairly easy to identify, I don’t believe there are any seriously poisonous look-alikes, and they can sometimes be found in very generous quantities (most often smaller quantities on multiple fallen or standing dead/dying trees but sometimes as much as a bushel or more off a single tree.)

Chicken-of-the-woods, hen-of-the-woods (which are two totally different mushrooms), and lion’s mane are much less common than oysters, at least in my part of the world, but late summer/fall is a good season for them, and if you do find them they’re fairly straightforward to identify as a beginner (although I’d definitely want to get confirmation from some very experienced mushroom people I knew and trusted before I’d eat any wild mushroom I wasn’t already very familiar with.)

Harder to find and often less plentiful when you do find them but also in season now: hedgehogs, black trumpets, puffballs.

There’s a facebook group for North Carolina mushroom foragers that’s very helpful for seeing lots of photos, learning to recognize different mushrooms, and knowing which mushrooms to look for when. Maybe there’s something similar for your area.

Found some big sheep’s heads (hen of the woods) a couple weeks ago. I didn’t pick them as I don’t much care for them.

Thank you both! Be prepared for me to post some photos once fall rains start I have a feeling I will know right where to find some of these you’ve mentioned. I have a near photographic memory when it comes to trees and I know exactly where poplars, persimmons and others like them can be found! When I was a kid people in my extended family navigated by landmarks in the deep woods so they would say go past the big persimmon and down in the Hollar and you’ll find watercress for supper in the spring. Things like sassafras they used for various things like tea which I know they say is a carcinogen now and further south they use the leaves in cooking. At any rate they pointed out every plant and tree etc. in the woods we would encounter and tell me what it was. The first time someone said turn on elm street I was shocked. I see hundreds of puff balls some years and so I will look for them very soon.

Boletus mushrooms are good mushrooms to start with - it is mushrooms that have sponge like appearance under the cap. There are no deadly boletus confirmed so far, though here and there you can hear scary stories. Among them there are inedible ones - bitter or the one that can give you upset stomach, but no deadly ones. And they are very easy to recognize. Avoid ones that turns blue quickly(though not all of them are bad, it is better for beginners to avoid them) as well as ones that have red or reddish color of sponge under the cap. But whatever you decide about picking the mushrooms please keep in mind, that wild mushrooms are heavy proteins, difficult to digest. So they have to be cooked at least 20 minutes. Some of them you can just throw on the grill and eat them in 2 min, but others will give you upset stomach if not cooked properly. And the scare of the (false) poisoning will make things even more complicated. Also never pick mushrooms along the roads, especially rail roads. They tend to collect heavy metals.

not yet. it has been really dry here, in part due to bad luck. There were flooded basements in Detroit a month ago, but here the storms gave us 1-2 tenths of an inch. I can’t remember deep watering the garden this late in the season. I saw two prime ink caps today, but I was too far from a stove and pan so I let them be. They rot in minutes literally. After I saw them there is a spot nearby that has puffballs so I headed straight to it, no luck. I can’t blame the mycelium, not a good year. Maybe the maitake in early november will give something, if we get good rains in the next weeks.

we just had a good flush of boletes but i didn’t pick any as i have plenty dry from last season. found a huge patch of horse mushrooms a few days ago on a neighbors lawn. picked 6 of the biggest ones to make stuffed mushrooms. some 8-10in. and only half opened. looked like puffballs till’ i got closer. got dozens of wine caps that came up the same time as the boletes ,in my garden. i have so many i don’t pick them anymore. they even started popping up on the lawn now. we get fall oysters on hardwoods in nov. and spring oysters on poplar in late may. got blewits that come up in fall around my compost piles. i put spawn there 4 years ago and now they’re established and come up yearly. 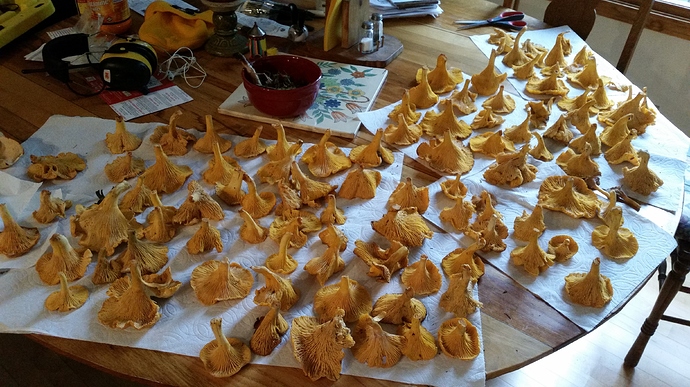 Patrick, did you just find all those chanterelles? I found a few just this past week, but in my area they don’t seem to fruit prolifically (like in your photo) except in June/July.

picked every one in a secret forest place in one day

we have some here too but i never find more than a handful at a time.

I’ve been piling up puffballs for the past week or so…slicing and sauteeing some just about every night, and freezing back pint bags of sliced ones for later consumption.
Wife and I gathered about 2 gallons of 'em yesterday afternoon while cruising the cow pastures in the process of cutting and poisoning honeylocust seedlings.

I found a whole bunch of Chicken of the Woods recently… There are 2 different species around here, the yellow pored ones are much more common and usually growing in oak, ash, or maple trunks. The white pored species are not as common and always from the roots, the nice thing about them is they stay tender.

Maitake should be popping out soon. If you know where a tree with maitake is, it is worth the trouble to clear all weeds and other debris from the base of the tree ahead of time so the mushroom doesn’t end up engulfing them as it grows.

I wish I could find Black Trumpets more often, the one time I did it was by smelling them, absolutely delicious!

Would love it if you can post some pictures!

Anything that is too tough to pinch through with your fingers can only be used for stock or somthing like that, they get acidic as they age also… but even very advanced shelves can still have tender tips because they keep growing. 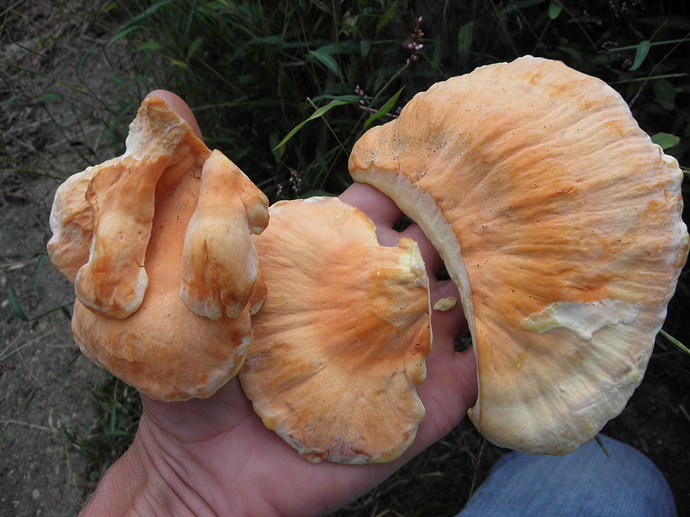 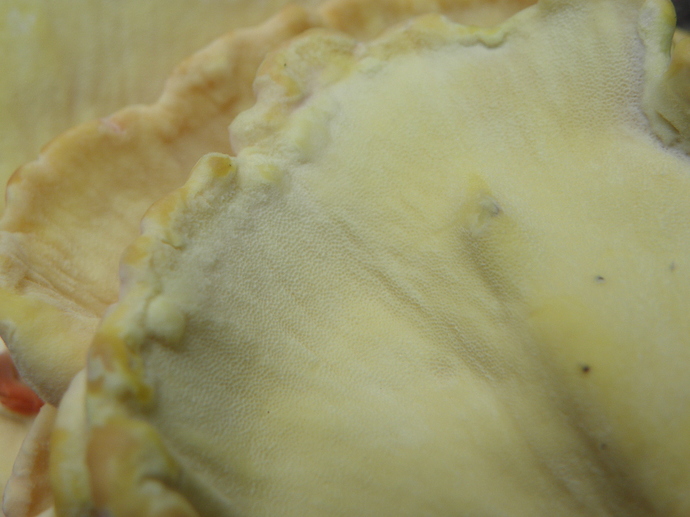 found a bunch of wood blewits growing on the edge of my wine cap beds. unfortunately they were already past harvest so i picked them and forked them into my compost pile for use next spring. going to have blewits coming up around my bushes/ trees by next fall.

i like them even more than the wine caps! usually have early fall boletes coming up by now under my spruces but our warm dry weather is delaying the flush. cool weather and rain coming this weekend should get them going.

never found them up here but my cousin sent me some from s. maine that he dried. great breaded and fried crisp in real butter.

Are they clear of worms? This mushroom back home(Russia) was always clean. But here in MA if I find any - they are completely beaten by worms. I have more chances to find clean King Bolete than Chanterelle.

the last flush, once temps have really cooled off, the mushrooms are clean. the summer ones can be very wormy.

I was a little late but on the right trail I think to locate the oyster mushrooms. I stumbled onto what may be a great way to grow some. One of my ash logs I cut as firewood 5-6 years ago rolled down by the pond in a wind storm. That log acted like a sponge and sucked the water up into the log. Guess what I found on the log? Can anyone positively identify these as oyster? 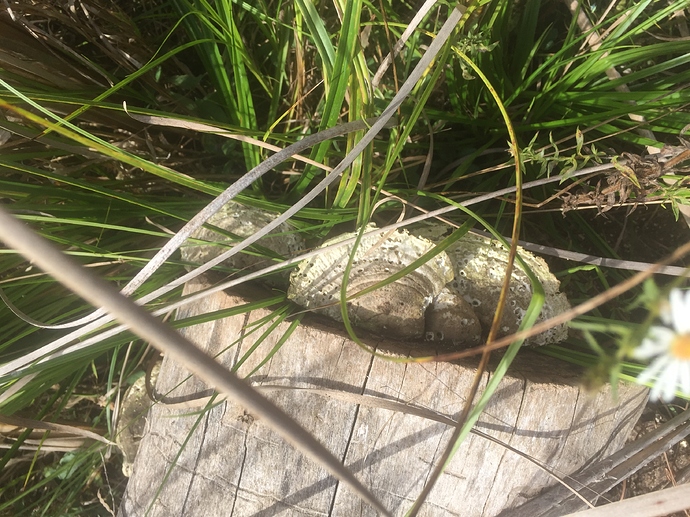 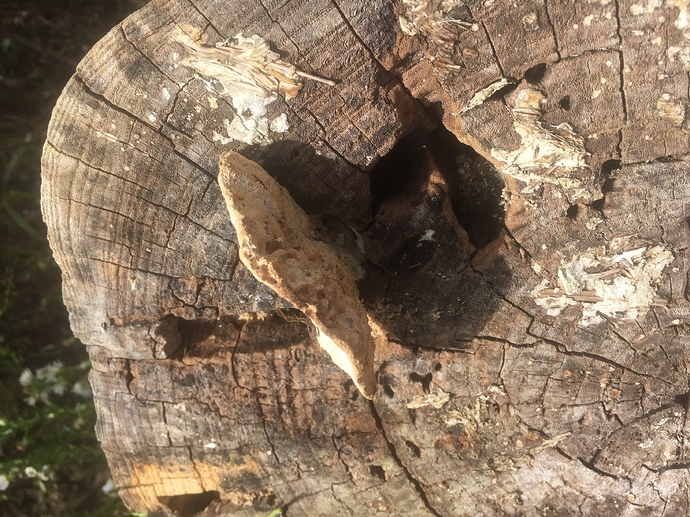 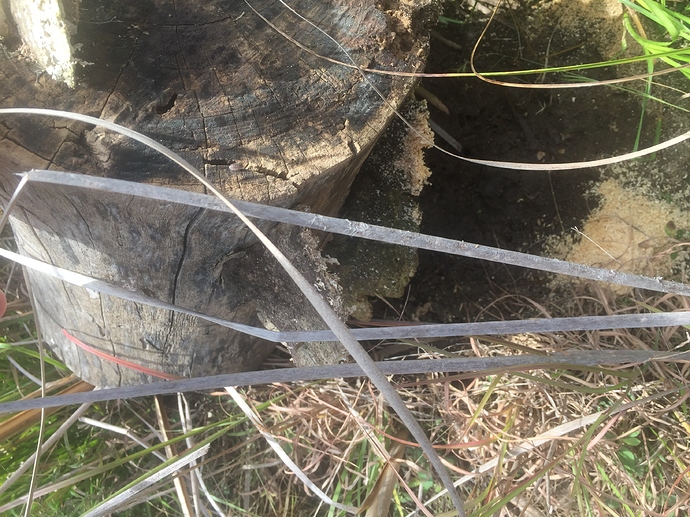 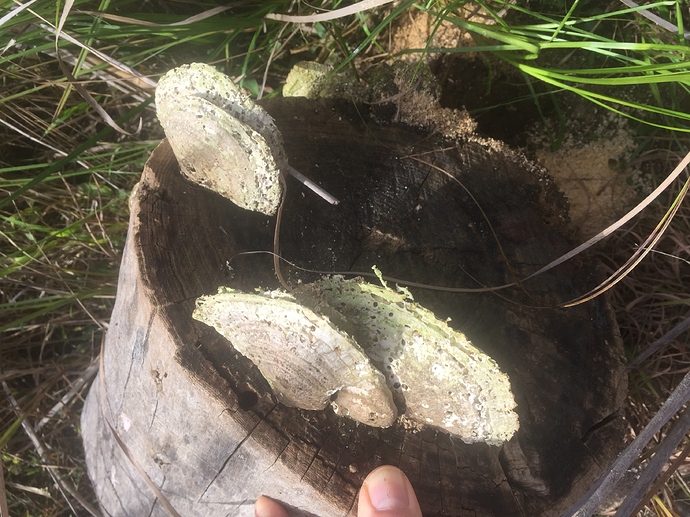 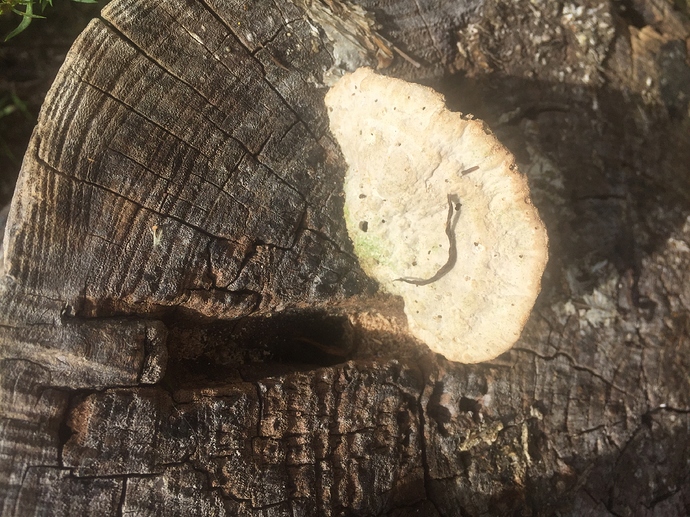 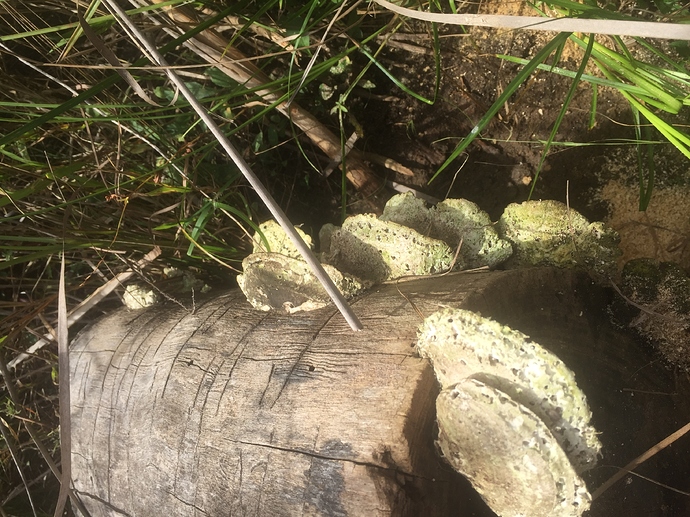