My Bearss Lime (aka Tahitian Lime) has a moderate amount of blooms this spring. Thank goodness, I find it difficult to use more than two dozen limes per month 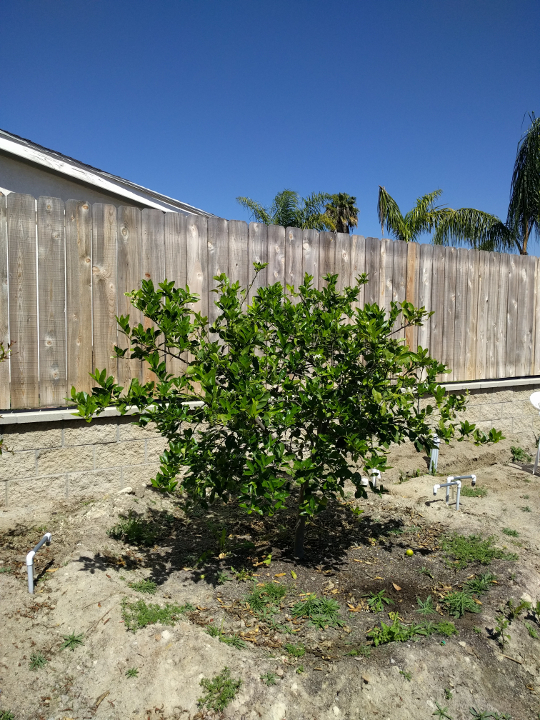 Nice little tree, Richard. They just naturally have a habit that lends themselves to espalier. Wished I had a blank wall to do that.

In my opinion, espalliar of Citrus is a poor idea because their bark is so sensitive to the sun.

Love my ‘Bearss’ lime. Wish they held as long as other citrus.

I just ordered a Bearss lime from Stan McKenzie. Of course, mine will never be planted in the ground.

You sure have a big yard for living in California. My aunt in Riverside has not so big of a back yard but she managed to cramp in 15 fruit trees.

I have no knowledge of citrus bark being overly sensitive to sun.

Only when they’re young, and some trees/cultivars seem to be more susceptible to sunburn than other trees/cultivars. As they mature, they’re just fine. You can always paint the exposed trunk and main branches while you espalier your citrus. Clearly it’s not a problem, since they’ve been doing it in Italy for thousands of years

Bearss just has this natural lateral, perpendicular branching habit that really lends itself to espaliering. And Rob, that’s wonderful, you’ll love your Bearss lime. They’re very prolific, but both Richard and Clint did point out that the fruit tends to ripen all at once, and when mature, will drop off the tree. Wished it was more like the Meyer lemon that has ripe fruit just about all year 'round.

Clearly it’s not a problem, since they’ve been doing it in Italy for thousands of years

Reference, please
.[quote=“hoosierquilt, post:8, topic:4887”]
but both Richard and Clint did point out that the fruit tends to ripen all at once
[/quote]

Well, Clint did. Mine ripen successively and I have 4 crops per year.

Well, that is really nice, Richard. I think my tree is still too young to do that. We do have a very mature (and large) Bearss at the end of our cul de sac, growing on an empty lot that tends to bear for a much longer time, but it is only for about 3 months. That is very nice. I should buy another Bearss lime where ever you bought yours! Plus, you do a very nice job watering and fertilizing. I need to revamp my entire watering system. I just dread thinking about that large project, frankly.

I guess my point was that citrus isn’t any more susceptible to sunburn than most fruit trees, young or old. ‘Bearss’ lime ripens in the Fall until conditions dictate or it finally just ripens and drops the fruit. Any other behavior from a ‘Bearss’ lime would be both welcome and worthy of double-checking that the variety is correct.

I spend every other week in Arlington Heights, Riverside CA - just two blocks from the Citrus Heritage Museum. The Bearss Limes in their orchard bear year-round.

Rob, I think you’ll enjoy that. I hope it does as well as mine that I bought from Stan a few years ago. Like the rest of my potted lemons and limes, it blooms repeatedly throughout the year, and multi-crops. I don’t think my container grown tree will ever be large enough to be capable of ripening 24 or more at a time, but its good at bearing frequent offerings of almost enough to keep us satisfied. Even though there are drawbacks to growing in containers and using controlled lighting part of the year, there are also aspects that I consider benefits.

I know a guy in Wisconsin who grows Bearss lime. An excellent tree to grow in my area, in pots, and brought inside of course. It needs as much light as possible. He manages to get a winter crop every year, That and Meyer lemon work well here. Others too! I have too many herbs I overwinter and don’t have room for citrus, without getting rid of some. I use the herbs a lot more, and could not stand to be without them. I do grow other tropical trees, I should get rid of them, and I’m thinking of selling them this summer. maybe I can make room!

Richard, you get a gold star and I get to learn something.

There are accounts of ‘Bearss’ ripening year round in Riverside and Orange counties. The adage of all gardening being local gets validated once again. With any luck I’ll get that same behavior eventually here in the Valley. It’s the best of the limes in my opinion.

I should note that a number of reputable citrus references point out the normal Fall bearing behavior:
http://www.citrusvariety.ucr.edu/citrus/bearss.html 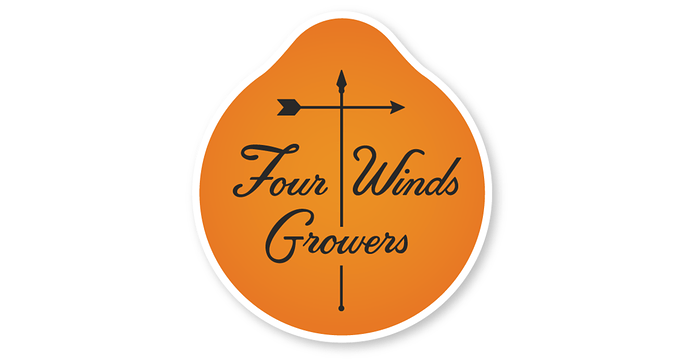 Muddy, this will be my third time ordering from Stan. In the past I’ve gotten Owari and Brown’s Select Satsuma, Meiwa Kumquat, and Eureka lemon from him. All have been healthy plants. It’s always a pleasure to talk with him on the phone. He can really get going with some stories, sometimes

I was hoping to get a Xie Shan from him, but he apparently doesn’t carry it any longer.

It’s the best of the limes in my opinion.

I agree. This one I obtained in a 24" box from Durlings along with several other Citrus a few years ago. Previously I purchased about a hundred trees per year from Durlings for retail sales at my nursery operation.

Yes, Stan’s a very enjoyable Southern country guy who was convinced citrus could be grown here, and set out to make it happen. I’m not as bold as he. Mine have been kept a size that I can shuffle in and out, but they are also still young. Maybe someday I’ll have enough of one type that I’m ready to take the risk of planting a few test trees outdoors. That was my original intention.

I do have a xie shan that has big fat buds, almost ready to open. The Bearss is just finishing up a major bloom, and has large fruit at two different stages of development. (Didn’t want to stray too far from the topic here.)

I love Durlings, they are a wonderful nursery, and have done a great job supporting CRFG members in our area. It is a drive out there, though! The first time I drove out there to pick up some Valentine pummelos (they were the only nursery propagating them at the time), I almost got lost out there. Not gonna lie, got a wee bit scared, lol! Poor cell service to boot. But, their operation is lovely. and they are lovely folks. And I agree, I love the Bearss lime. I know there are really died in the wool Mexican/Key lime folks, but honestly, I can’t tell the difference in taste, and I love that the Bearss lime is so big and juicy. And, it is seed-free as well, another bonus.

You better believe citrus is vulnerable to sunburn. For some reason in Phoenix, they like to trim them into a tree shape instead of their natural globular shape. To satisfy their Midwestern sensibility, I suppose. Those trees all have whitewashed trunks, or they die.