I ordered a few honeyberry plants and two blueberries from Berries Unlimited and just received them and wanted to share my experience. I got a Honey Gin, Blue Banana, Giants Heart, and Blue Treasure. The blueberries looked good, but the honeyberries looked really bad. I know Honeyberries look bad when they go dormant. All of them looked really small and didn’t have a lot of roots, even though they were in gallon pots. I know Derek posted a similar experience last year: Late season Honeyberries for sale now at Honeyberry USA - #28 by TheDerek.

They were also shipped poorly. The plants were scattered around the box with some limbs broken and dirt was all over the box. I did call and they said they would replace any plants that don’t make it through next year, but it’s just a bit disappointing considering how much I paid.

I ordered two honeyberries last year from hirts and they were nicely shipped and had similar root mass, but were in much small containers and were a lot cheaper.

Hopefully these honeyberries are as good as they were described, but we’ll see how they make it. I’m going to plant them out now and wish for the best. I will update in the spring with how these plants are doing. 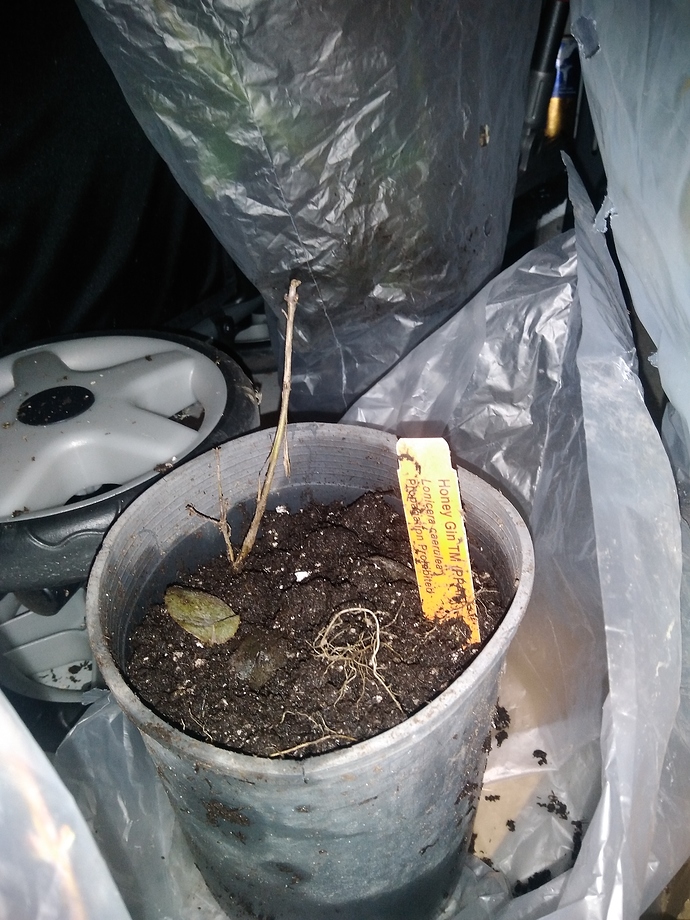 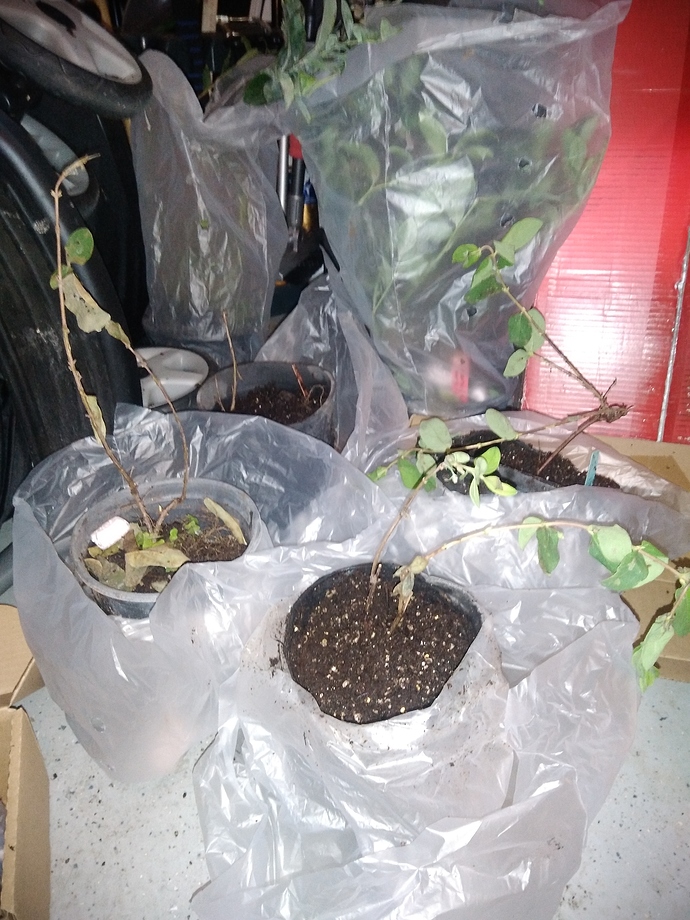 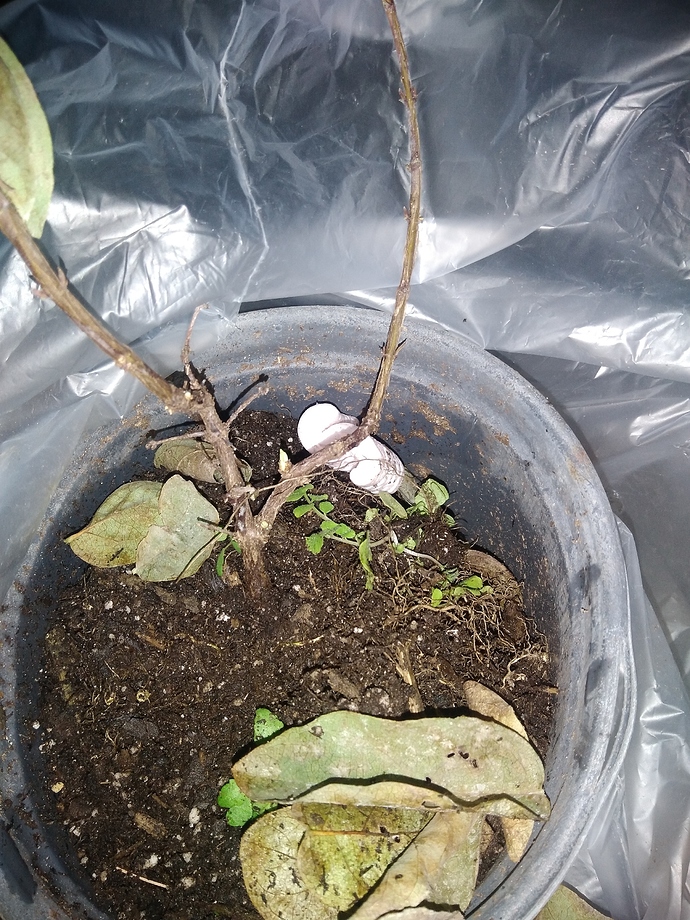 Those are definitely larger than the 12cm pot plants but they dont look great, probably would have been better shipped bare root for you to replant. I havent read any rave reviews on BU varieties and honestly I dont expect as much from them as I do from U of S, who are much more transparent in their development/research of these plants. I bought a few to try, hope for the best but dont expect too much would be my suggestion. In the next few years we should start getting some unbiased owner reviews to help us evaluate these, so be sure to keep posting your results. There is a russian video showing some of the plants over there that look very impressive, I think Lydia got a lot of the BU genetics directly from Russia…
Here is a picture of the plants I got this spring 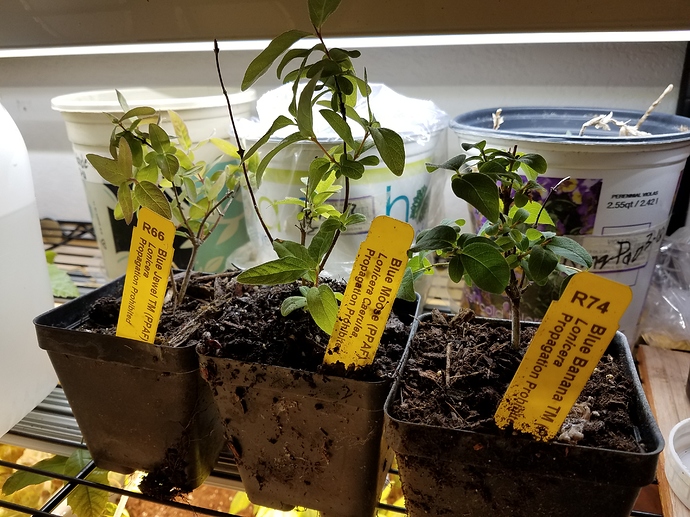 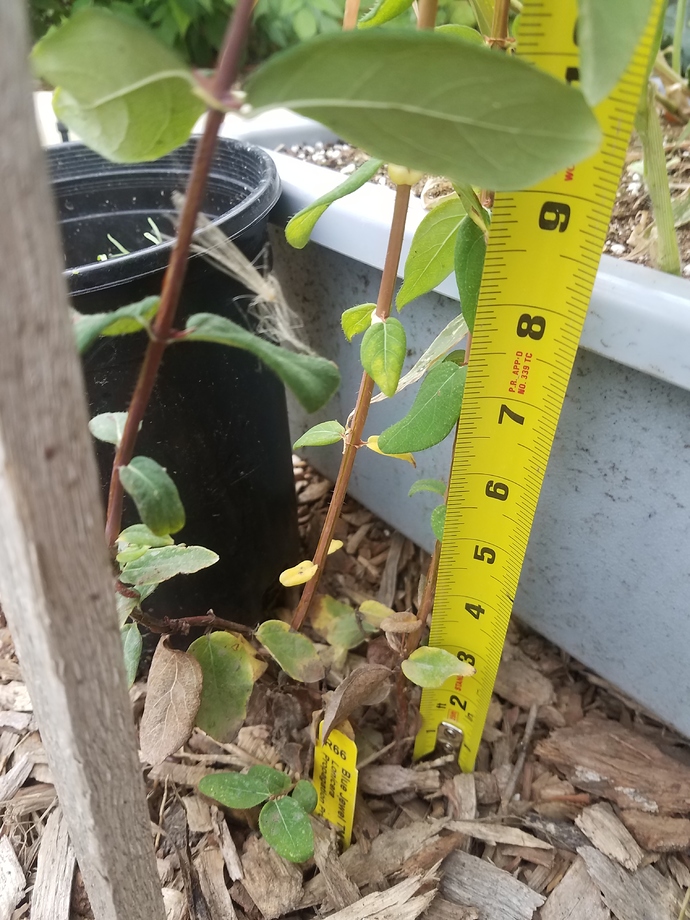 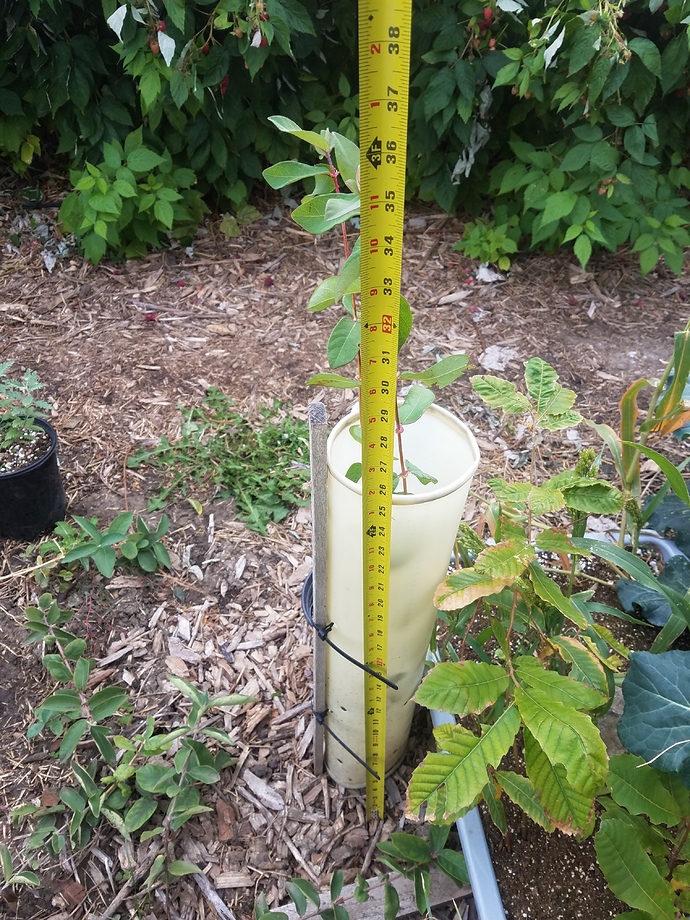 20171001_091044[1]3024×4032 4.5 MB
The other two grew some, but didnt look healthy so I dug them up about a month ago and put them in a pot. The soil where these were planted was fairly heavily supplemented with organic fertilizer which was tilled in this spring and I think it may have been to ‘hot’ for them. Moving them to a new location for next year.
To encourage bushier growth it may be good to top them every 3-4 nodes of new growth earlier in the year, Im going to see what happens to this long/tall plant next year I guess, it will probably fall over unsupported…
3 Likes
Drew51 October 4, 2017, 7:10pm #3

Mine were small too, and didn’t do much, but these are tough plants, they should be fine if I can get them through the winter.

Just think how boring gardening would be if all you had to do is poke the plant in the ground and it always grew perfectly! The challenge of nurturing the plants is what inspires many of us, just as trying to produce new varieties when there are already hundreds out there.

Just think how boring gardening would be if all you had to do is poke the plant in the ground and it always grew perfectly!

my indigo treat and gem from harttmanns came in the same rough shape coved in powdery mildew! i didn’t think they would make it but they did and put on a little growth this summer as well as a few berries. next year they should take right off!

That’s what I’m hoping will happen in the spring. Luckily they were very nice when I called and said they would replace any plants that didn’t come up in the spring. I’m excited to try some of these varieties or any variety for that matter. I haven’t even tried a honeyberry yet, but I already have like 8 varieties. I know I will like them regardless, but I’m hoping some of these BU varieties are mostly sweet and less tart, so that the wife and kids will eat them.

This was the first year I got much of a harvest, both from Indigo Gem and Honey Bee. My wife likes the IG better than my blueberries. Not sure Id go that far, but they are pretty good.

I had the exact same experience twice with BU. The replacements I was sent didn’t make it (I have 300+ honeyberries in my orchard). They may have great commercial varieties, but seriously need to address shipping issues. I’ll stick with Honeyberry USA.

they definitely have a ‘‘richer’’ taste than blueberries. i like to eat them in yogurt or sprinkle with a little sugar and some milk, like eating strawberries. i got a couple small bowlfuls off indigo gem / treat. and a handful off aurora. they are on their 4th and 2nd years.

Any updates on how these grew out for you?

they are slow growers for me. only about 4ft. wide and tall. i haven’t fertilized them yet. only mulched. going to prune out the lower branches next springing give them some 10-10-10. got about 2 cereal bowls full off of each. they get about 6 hrs. full sun. early morning and eves they get partial shade from my raspberries and greenhouse so that might be a factor. i put in a Aurora the spring of 18’ that gets full sun all day. that one is just as big as the other 2 and gave me a handful of berries last summer. they were near double the size of the gem and treat and much sweeter.

What zone are you in, if you don’t mind me asking?

I just planted a bunch of Aurora and Tundra this summer. I planted half of them in full sun and the others with other fruit trees to give them shade. I’m doing this because I really don’t know what’s best for them in zone 6a. I read that in warmer climates they need some shade.

So i live in scorching UV sun and my first ones i planted in a pretty sunny location. Those have grown pretty slow for me and i have lost 2 of them on flash warm ups, compared to ones i put in a large amount of shade they grow equally as fast possibly? My next goal is partial shade for a few cuttings.

I recently purchased 6+ honeyberry plants from berries unlimited. They quickly shipped my order. All of the plants were large and looked really good. They all had nice foliage.

After transplanting them, they look terrible but seem like they will survive. It is not hot here but they have lost nearly all of their leafs. I am not sure what I did to them. I can finally see new growth on these plants after 3 weeks. All of the dr maxine thompson varieties I have transplanted look much nicer. They only lost 20% of their leafs before showing new growth.

I wonder if they grow these indoors so they have a really hard time adjusting to the weather? It seems like there is a great advantage to buying plants before they are leafed out. 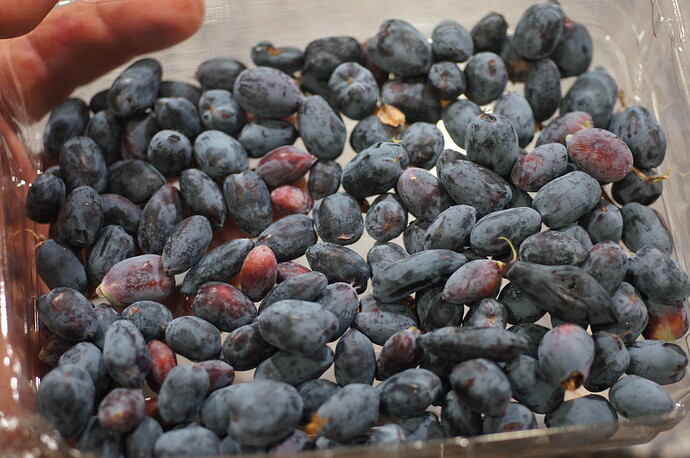 After transplanting them, they look terrible but seem like they will survive. It is not hot here but they have lost nearly all of their leafs.

They are coming out of Arkansas so they probably started leafing out in February…they go through a summer dormancy after fruiting. They start to look like crap and look dead at the end of summer. They will look fine after you go through another winter. When I first got some I thought they all died. They always seem to come back no matter how bad they look at the end of summer.

It has not been hot or cold here in zone 5. We have had perfect growing weather. I am surprised at how stressed they are from transplant. I wonder if I did something to them. The other varieties near them look ok though.

Did you see my precious post? They are already going into summer dormancy. The clock starts once spring hits. Those things were starting to leaf out while you were still in winter.

I just received a package and they look the same as you describe. The shipping and packaging was really fast, no complaints there. The weather is great, and spring is just starting, but those plants have already been through spring. Get them planted and let their roots expand. Next spring you will be able to see the difference.

If you ordered from a northern nursery (like honeyberryusa) the plants would just be coming out of winter and would look much different.