Hi all, though you might like these pics. Found a big patch of bilberry in my local woods. I see the bushes somewhat often in my area, and recognise the pretty distinctive flowers, but today was my first time seeing ripe fruit. Got to say they’re pretty tasty!

Found a whole area covered in them but only the section in direct sunlight had many fruit, quite a lot really.

I think they like acidic soil, or I’d transplant a few. 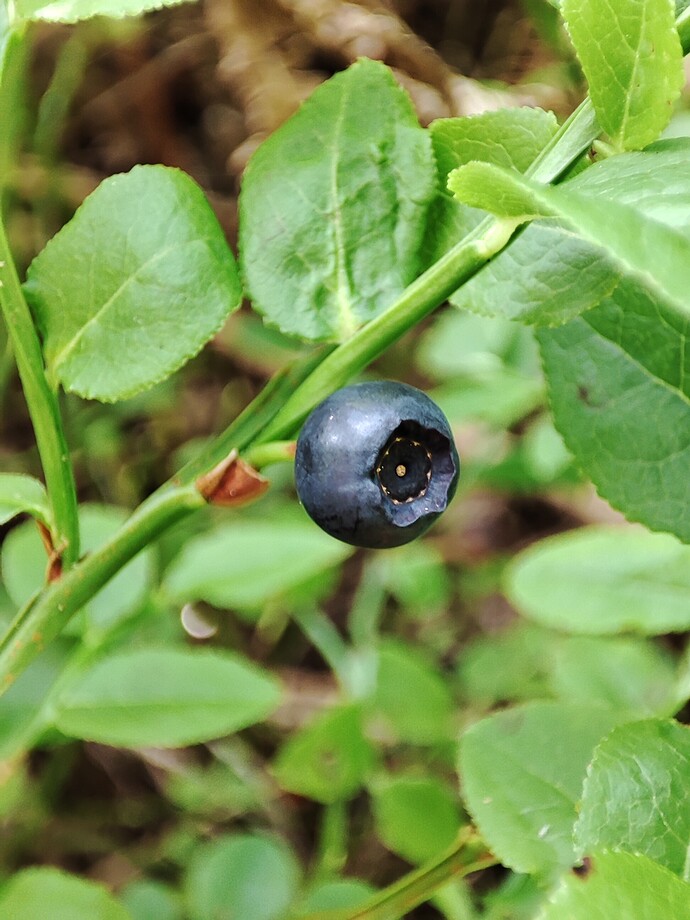 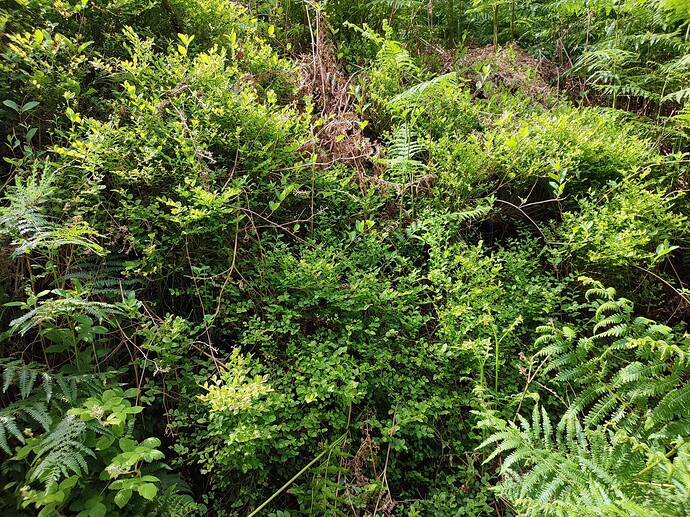 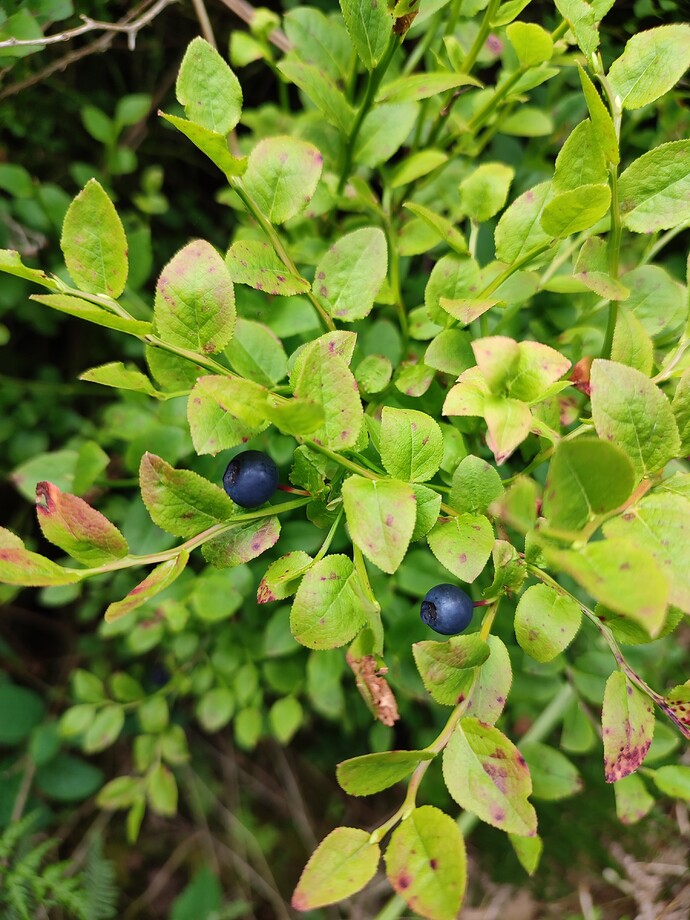 Maybe they’re not fully ripe yet, this article says end of July was the traditional time to go picking here in Ireland.

"The last Sunday in July was once a very important day in the rural calendar when young people went to hillsides and peat lands in groups to collect bilberries, and maybe find a spouse.

A lady in County Leitrim told me of what an important event it was and how all the youth of the district would eagerly look forward to the day as it also involved courtship rituals that have their roots back in ancient times.

She recalled from the time of her childhood the excitement of heading up the slopes of Sliabh an Iarainn to gather the small dark blue berries that thrive in the acidic soils found in bogs and on mountainsides.

Later on the girls would incorporate the berries in to a cake and at a dance that evening, would present it to whatever young man they fancied.

The Irish word for bilberry is fraughan and they are the first of the wild berries to ripen.

It is something that was very important in times past when food had to be gathered as well as grown.

Fraughan or Billberry Sunday at the end of July is believed to have evolved from the ancient Celtic festival of Lughnasa and is also connected with climbing Croagh Patrick in County Mayo and Mount Brandon in County Kerry in honor of the God Lugh.

Bilberry Sunday is a fascinating relic of ancient traditions that have elements of Celtic, Druid and Christian influences all thrown in to the mix.

Whatever its history, it sounds like a lot of fun and would make a great local festival if revived."

I wish this was still a thing, and a local woman would make me bilberry cake!

True bilberry (Vaccinium myrtillus) has the healthiest fruits of the blueberry family.

There are breeding projects to cross bilberries and highbush blueberries. 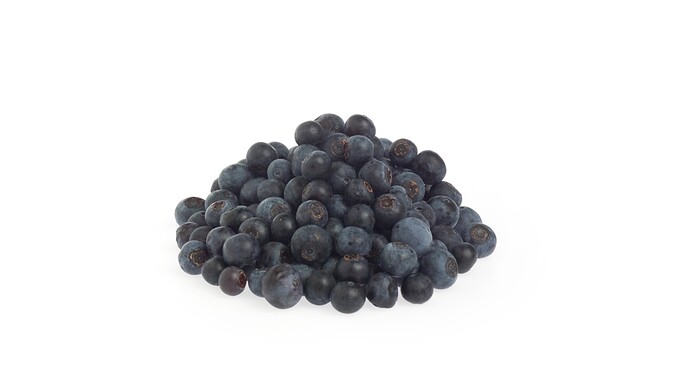 Could consumers in the future adopt a new type of blueberry into their eating habits, with the taste they're used to but with the colorful flesh of bilberries? 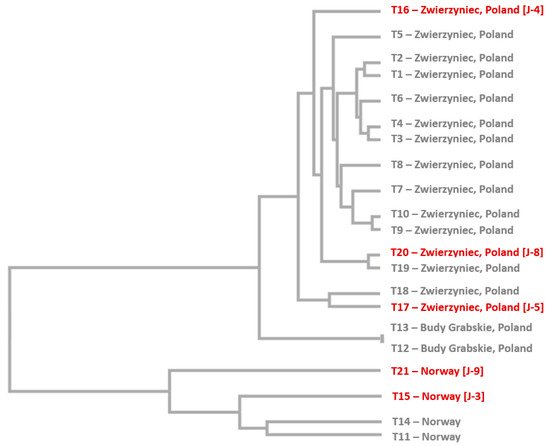 To expand the gene pool and introduce new traits to the tetraploid cultivars of Vaccinium corymbosum from wild diploid species V. myrtillus, it is necessary to double the chromosome number in diploid species in order to overcome a post zygotic...

In this region, bilberries and other huckleberries were said to be at their best after the first frost.
This could occur in August but usually in September.

In recent decades, the general public goes into the woods and picks them very under-ripe.

i have a wild highbush blueberry that was given to me from a friend’s mom in New Hampshire. they have 2 of them that were on the property they bought 50 years ago. the 8-10 feet tall bushes are very productive of small nearly black blueberries that look just like a bilberry. they are also dark purple inside like a bilberry and very sweet with a rich taste. if it wasnt for the bush size id swear it was a bilberry. maybe a natural cross? the sucker she gave me 2 years ago has been slow to establish but is now 18in with about 40 fruits on it. they run about the size of a pea. his mom told me it fruits over a month in late summer. and 1 bush has produced 25-30lbs of fruit.

This sounds like an awesome bush! According to the Polish paper above are bilberries diploid and highbush blueberries tetraploid, so the triploid offspring should be sterile.

It could of course be a case of spontaneous chromosome doubling.

I have one small bilberry plant that give just one very small fruit. It’s my smallest fruit but i love the flavor of it. It’s very sweet and full of flavor!

its so different than any blueberries, either wild or cultivated. its even round like the bilberry instead of squat like a blueberry. tastes more like a mix of honeyberry/ serviceberry instead of blueberry. looking forward to more fruit.

Does the fruit have the cogwheel design on the blossom end like my first pic, or the blueberry style with little bits extending out?

blueberry style but shaped like the pics you posted. i wouldn’t be surprised if its a wild hybrid of bilberry and highbush blues. never seen a blueberry dark purple inside like this one and the taste is all wrong for a blue also.

I swear my parents have a mix of low bush blueberries and bilberries at their place in S NH. I’ll have to get some pics the next time I see ripe ones down there.

Sounds like it could be an achievable home breeding project.

mine came from Sunapee, N.H. they are huge bushes. 8-10ft. his mother cant harvest half the bush as she cant reach them. the birds have a feast. cant wait till mine gets a little bigger. its got about 40 berries on it now. they throw suckers out 2’ from the mother plant. i have 2 right now. ill let them all grow for now.