Mine are small right now. The smaller one still has yellow with tons of fuzz and the second one is deep deep purple! Waited three years for these. 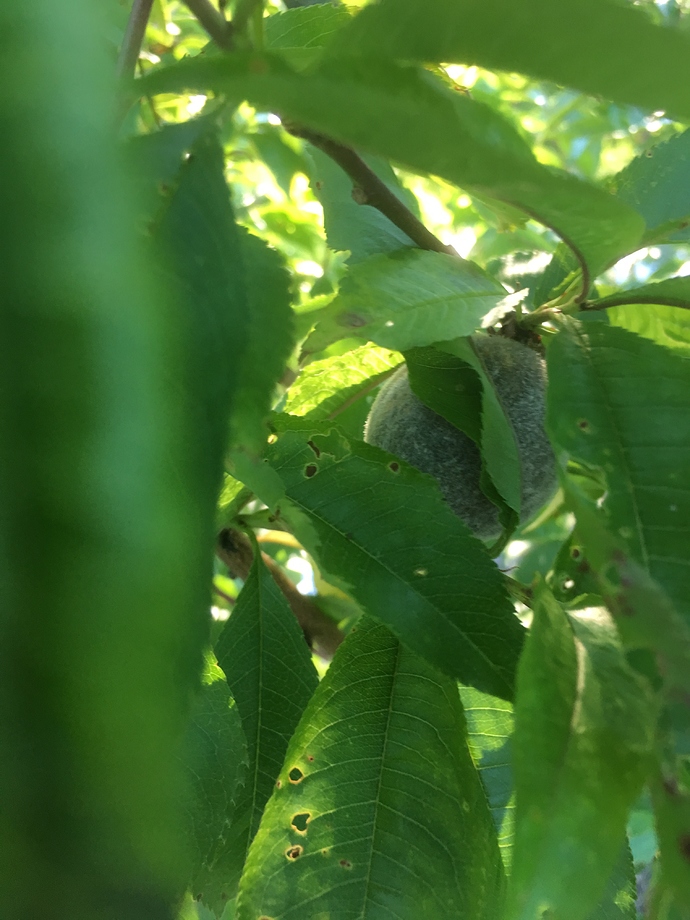 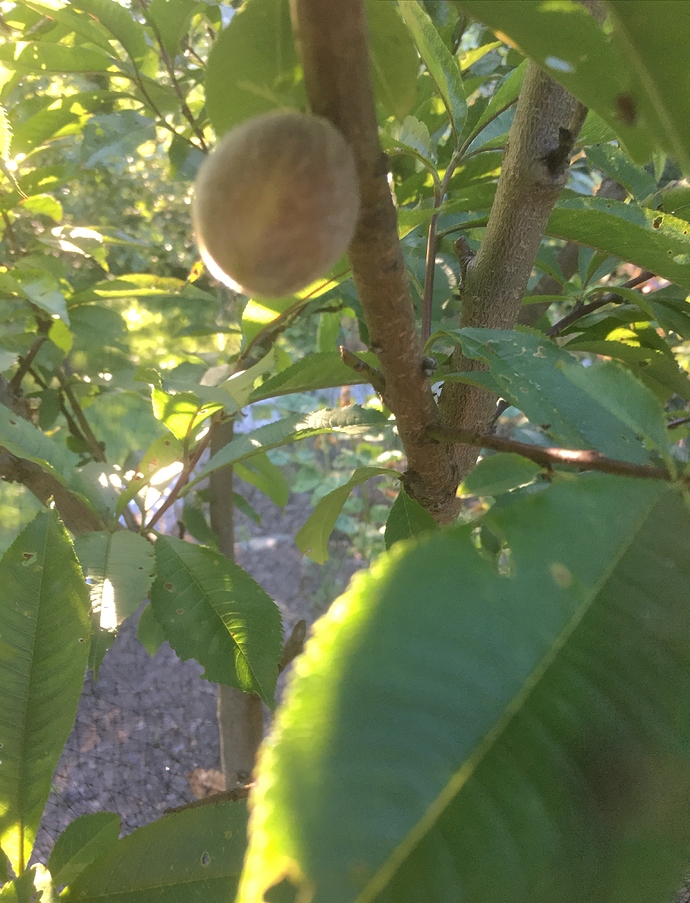 Thanks Steve can’t wait to cut it in half. The peche de Vigne I bought in Paris markets were sometimes bitter, I am hoping these are not.

Keep us informed as to how they taste. I had looked at buying a tree but was not sure how accurate the description actually was. Real people reviews are at lot more trustworthy than magazine/ catalog descriptions.

I have young Black Boy and Indian Free trees growing here, and have harvested a few fruit from each. They have, so far, been very similar in terms of size and taste. Black Boy has been a bit darker and a little more assertive in flavor, both richer and tarter. I haven’t detected any bitterness in either.

I like them quite a bit, and wish I had more. We had a late cold snap this season that dropped most of the peaches and plums, and actually killed a half-dozen apricot and apple trees.

We had a similar late frost in RI last year that killed 90% of my fruit. This year my black boy peach was loaded with blossoms. Squirrels got a bunch of them, so I netted the tree. Only have two hanging on but they are small. I thought they didn’t ripen till late Sept.?

Didn’t mean to imply that I’d harvested any this year. They ripen in October here.