I have several “Jewel “and “Bristol“ black raspberries.

This will be my first fruiting year, and I have a lot of flower buds showing on both, but I have noticed that, while Jewel is said to have a larger fruit and be more disease resistant, Bristol seems to be a far more vigorous plant.

Most of my Bristol plants have already sent out somewhere between four and eight new primocanes, but most of the Jewels have 1 to 4 so far. Not including my one Jewel plant that looks chlorotic or stunted for some reason.

Can anyone else confirm this to be their experience as well?

I have a Ohios treasure, Anne and Caroline raspberry plants. Ohios Treasure was obtains in September so has shown little growth. My Anne showed some growth but very little. My Caroline showed little growth and I am pretty sure just died. Meanwhile my Bristol was the first to show green growth this spring and they had all sent up lots of shoots. I can see why some people don’t like black raspberry plants opposed to yellow or red. My yellow and red raspberries had few thorns. Some got stuck in you but they were not too bad. I could pull out the yellows and reds for transplanting pretty easily. Meanwhile my black raspberries are like roses that spread like wildfire. In one year each one sent up canes all around the crown and there was massive thorns that go all the way to the roots.

I have grown ‘Jewel’ blackcap for 25 years and it has always been stingy with protocanes, just 1 to 3 per clump per year. After 5 years for any one clump, I would recommend tip-rooting new plants if you want to keep the variety going long-term. My most vigorous Jewels are about 1/2" thick at the base and ~10 feet long. Most are smaller/shorter.

So even an observation with the new plants I tip routed last fall:

Jewel - three specimens. Two have just one. One has three but two are pretty weak.

Have you tried late-winter or early spring fertilizers? ‘Jewel’ primocane count may max out at year two or three after tip-rooting. 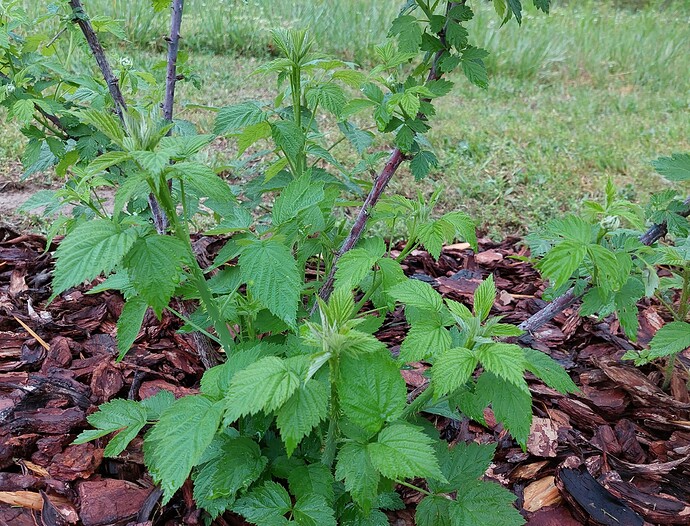 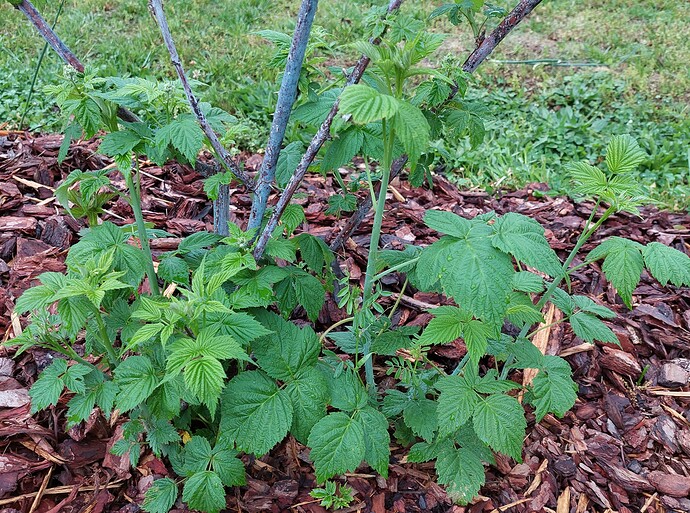 Looks like they are sending up plenty of primos near the crown. I remember that later in the spring last year my mystery black sent up some root shoots too. 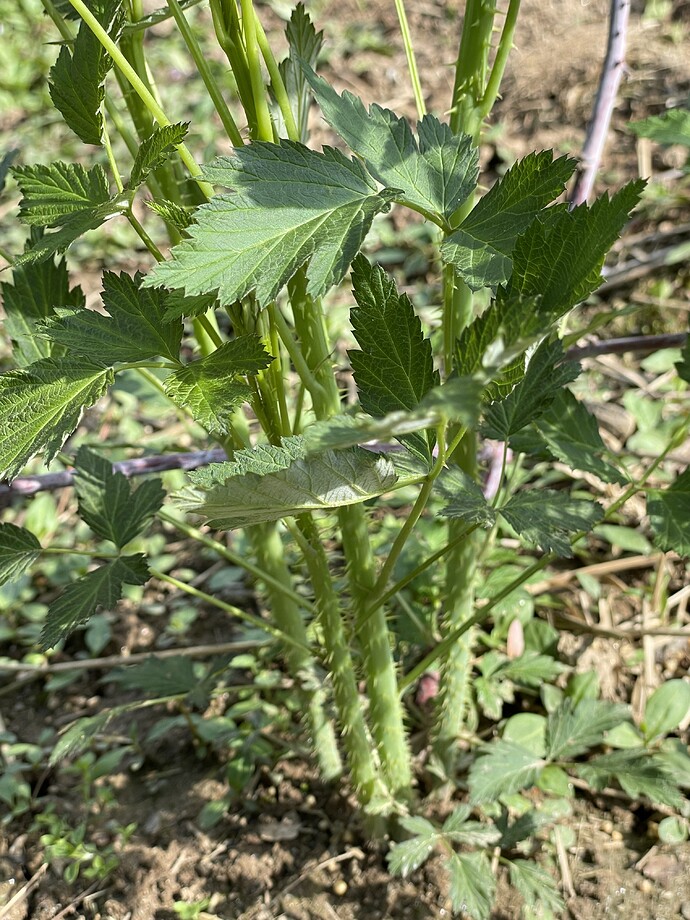 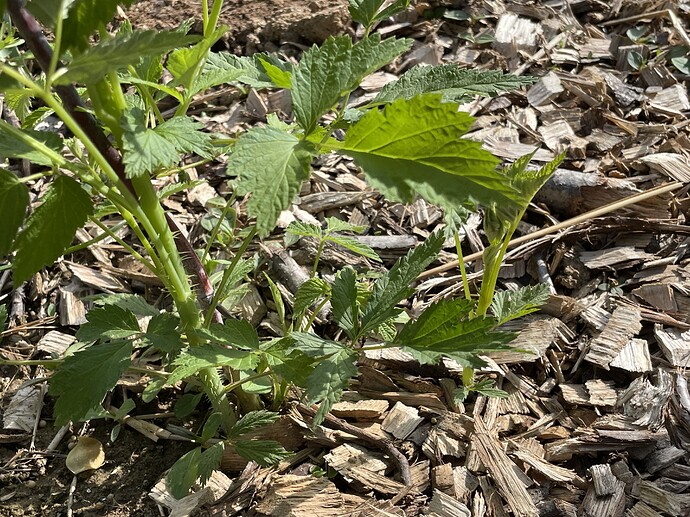 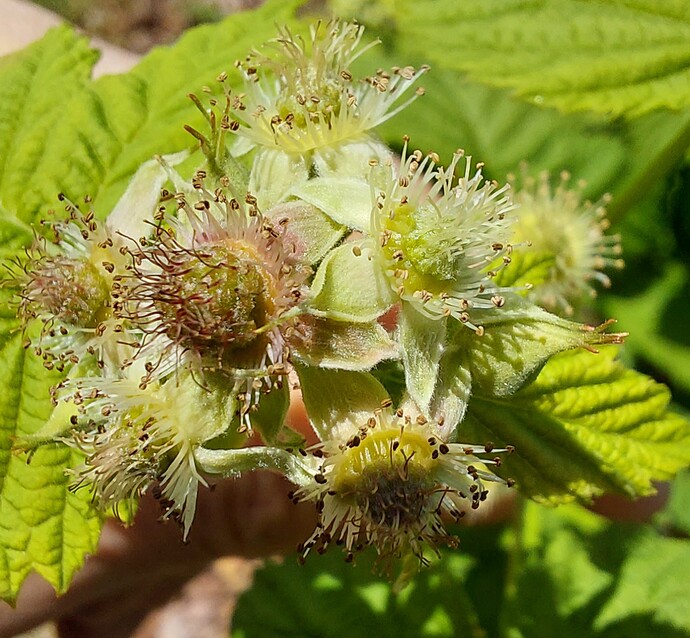 Wow. Mine aren’t blooming yet. 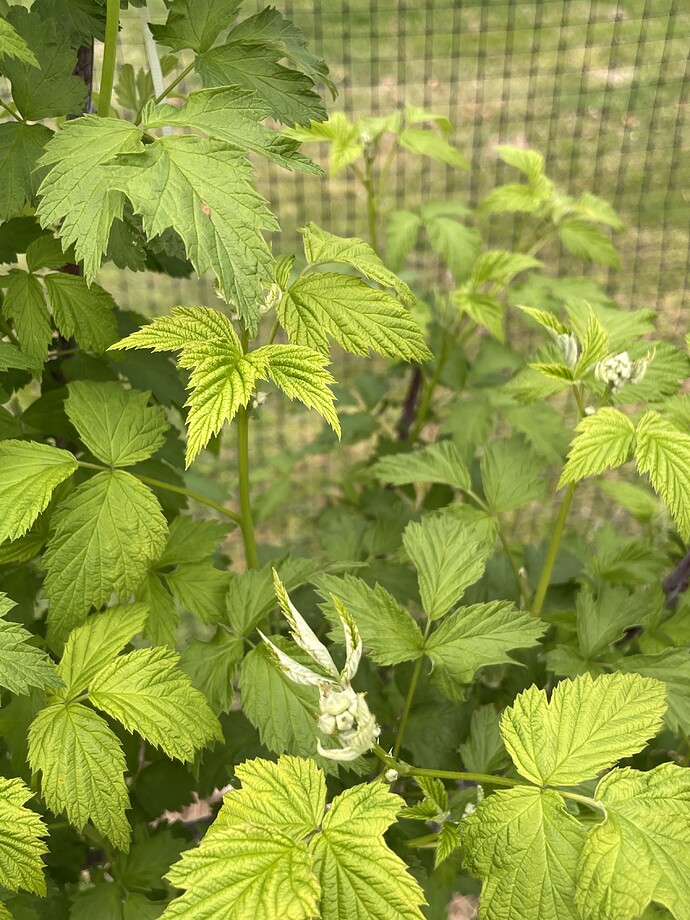 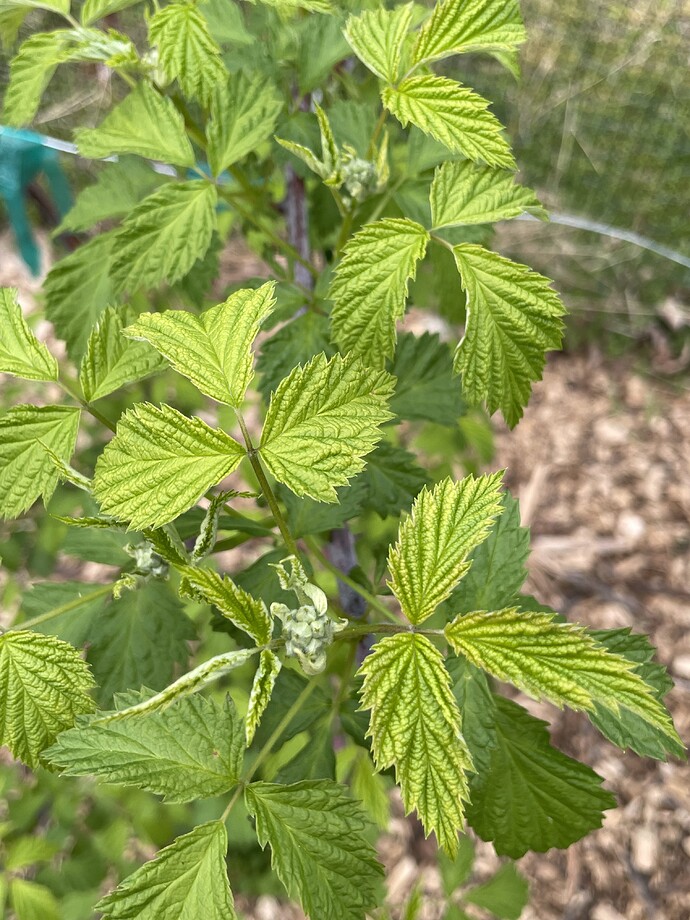 May have to find a spot for a loganberry. I’m intrigued. Looks like a couple places still have some in stock.

I bought a Logan from OGW last February. It is growing in-ground nicely.