Here we go again, these white crocus showed up yesterday!

You are welcome to share in this post too. I will keep updating what I have in my yard. 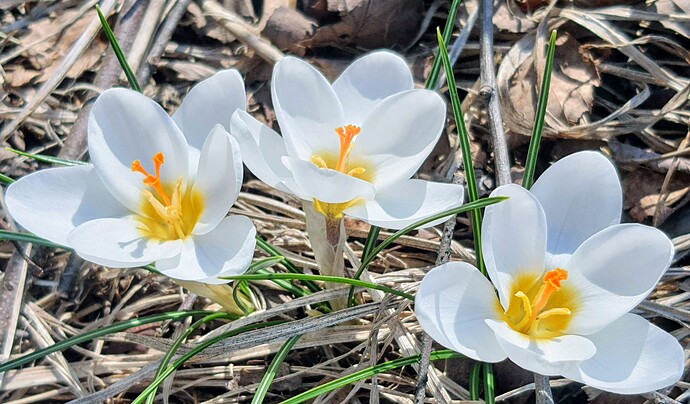 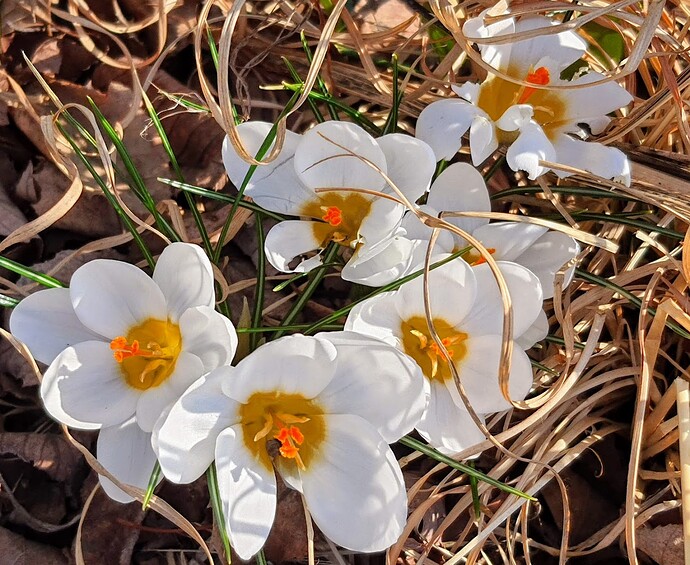 And yes… mostly budding here now… a few pics from my place. 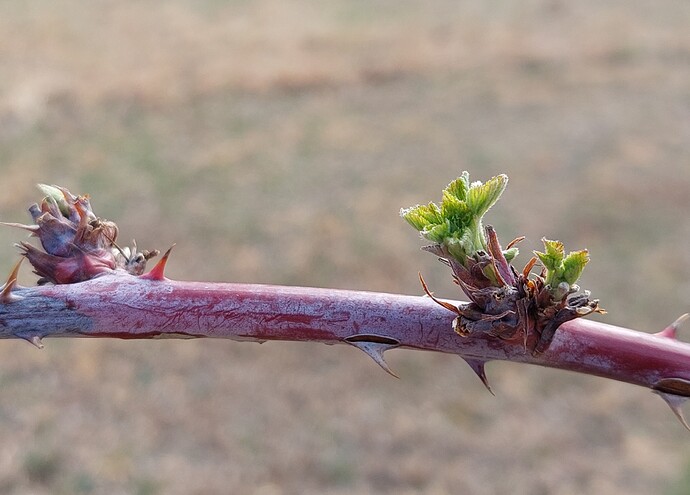 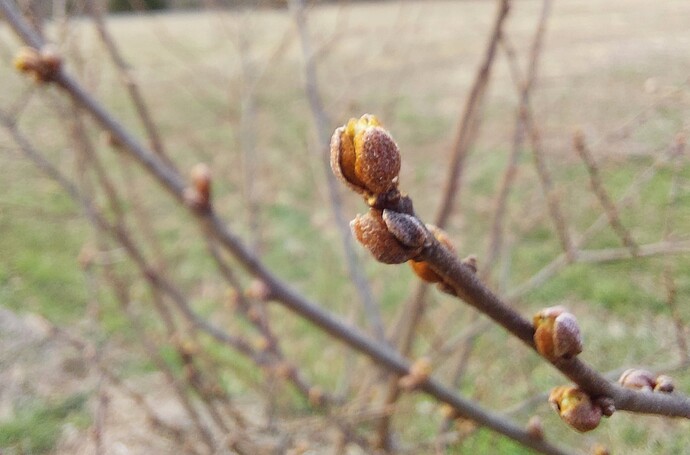 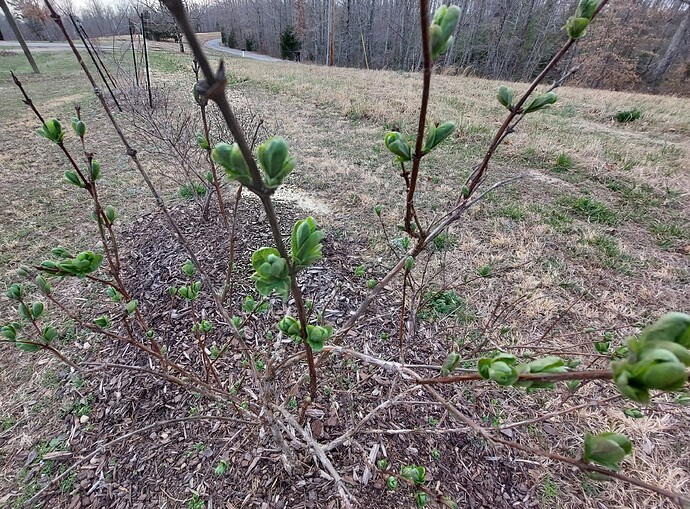 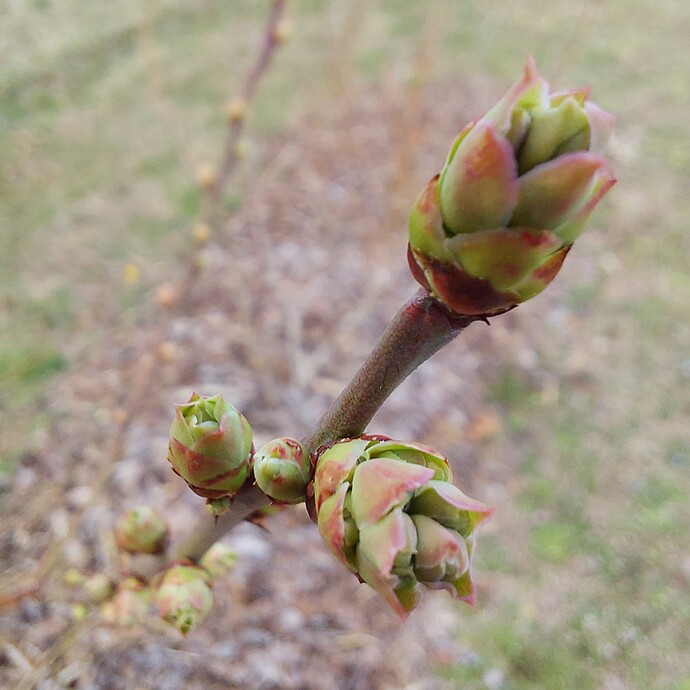 Easter flowers (daffodils) are sprouting on our front hillside already. Not a good sign this early. But it’s been in the 60s several days last week, so it’s inevitable. They are usually the first to bloom, hope the fruit trees aren’t thinking about waking up.

It really isn’t a good thing because they are sure to be frozen it’s way too early to have budding. It’s becoming even a greater challenge to grow fruit with the earlier warming the last 4 years everything gets fried. 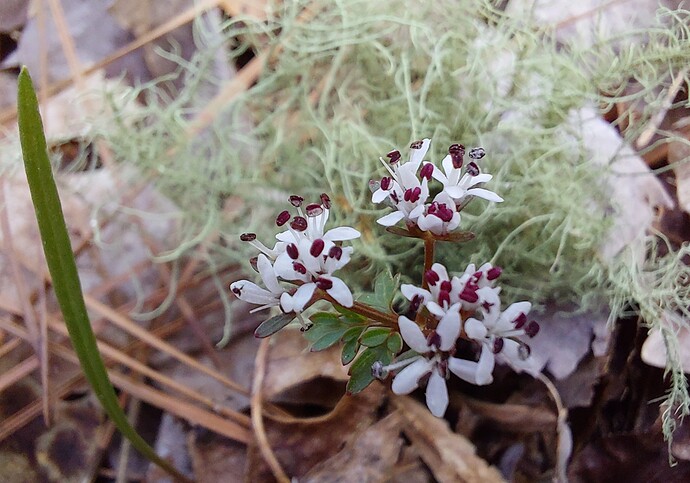 Not sure I have ever seen them when first emerging like that… love wild flowers.

PS… I got a new phone a couple months back… and it has some fancy camera stuff on it including “macro” which I am just figuring out… but you can take some really sharp up close pics with that.

Hazelnuts have such tiny flowers… 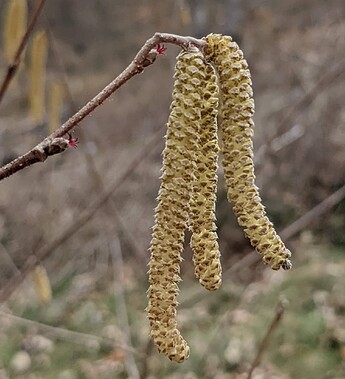 More Ice and snow here last night, on top of a half a foot of previous snow. But I have five indoor amaryllises blooming to add some cheer in these tragic times. It’s sad how cruel people can be.

why i keep to myself nowadays. my dogs are always happy to see me and dont argue.

i have a small circle of family and friends and thats good enough for me. my Christmas cactus just opened its first magenta flower with lots more coming.

I thought the goumi looked familiar. I recognized the others by look. 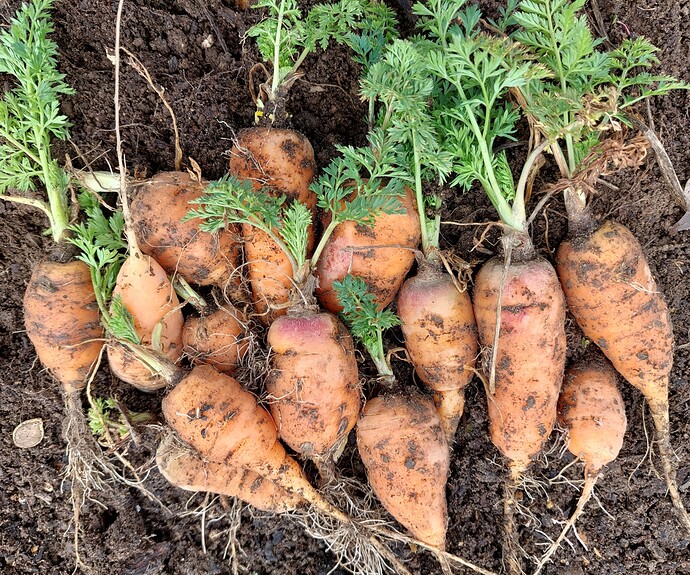 Today March 8 2022… I harvested the last of those… having them in a beef roast tonight for supper.

“Duke” avocado in full bloom in the greenhouse (flowers mostly closed up between ♀️ and ♂️ for this photo): 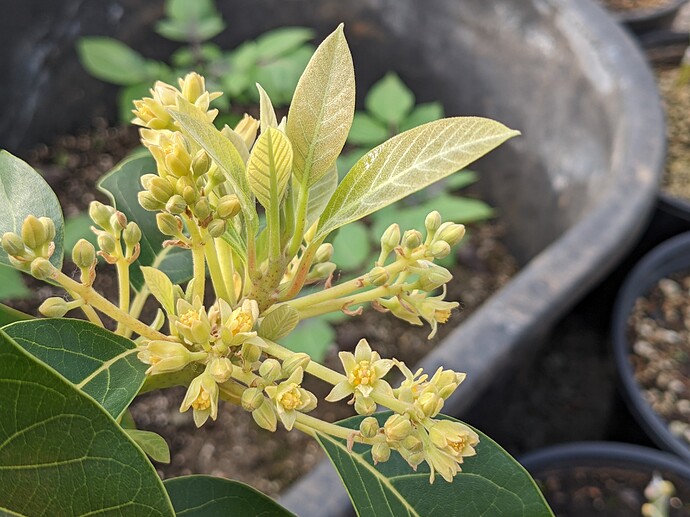 The family resemblance is clear to its cousin Umbellularia californica (California bay laurel), the first tree to flower outside in our yard: 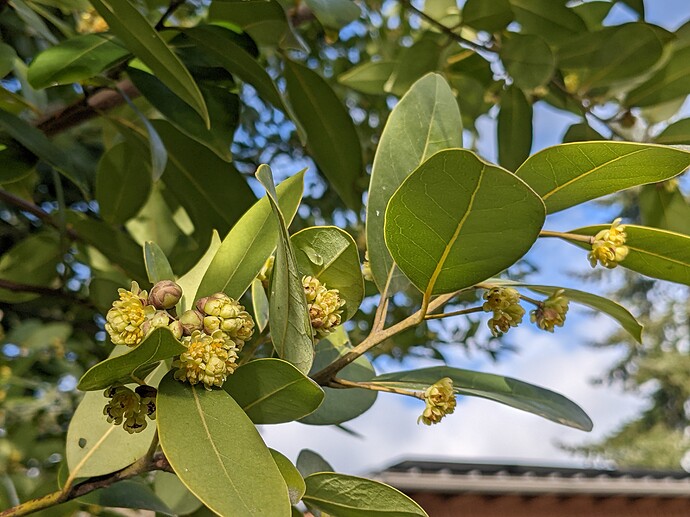 Yes, unfortunately, Mother Nature tricks us every year in the mid south. We’re expecting below freezing temperatures over the weekend with the blueberries swelling and some of the peaches opening blossoms. Arg!!! We will dutifully get out and cover the blues but the peaches will suffer some. I sprayed last week with neem oil and after all the rain I felt it necessary to repeat it today. I hope this drop will catch a bunch of insect pests out in the open and make our efforts a little easier this spring and summer. Good gardening to you all wherever you’re planting.

Out walking the baby this morning and there are lots of flowers opening, the trees are ready for spring it seems, though you need to know where to look to spot the (female, at least) hazelnut flowers: 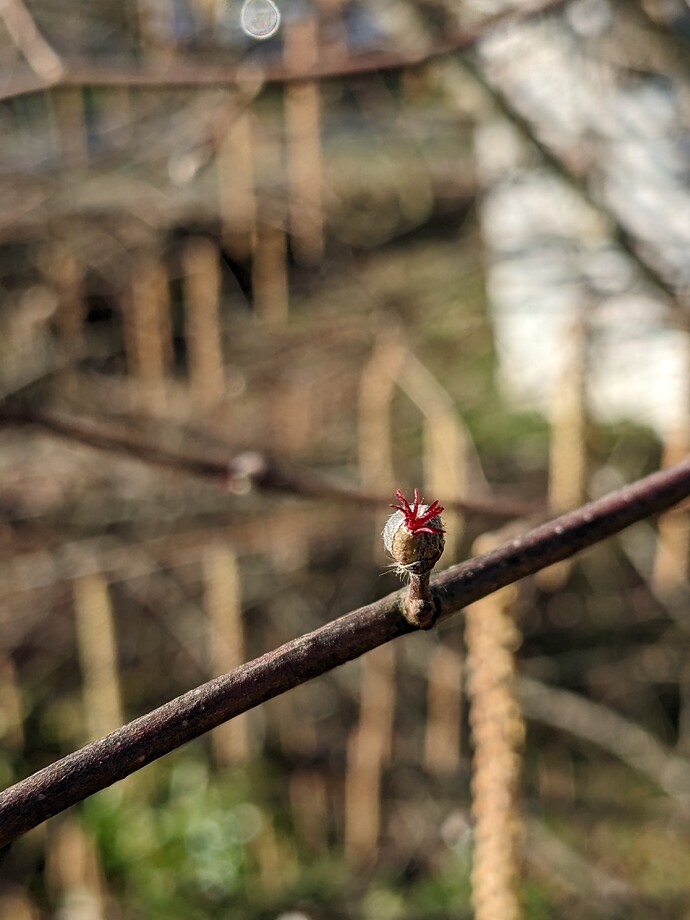 Some other flowers are a little easier to spot: 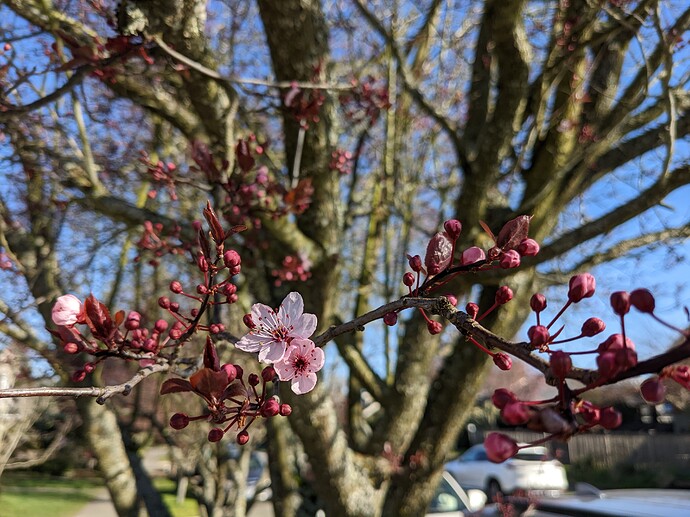 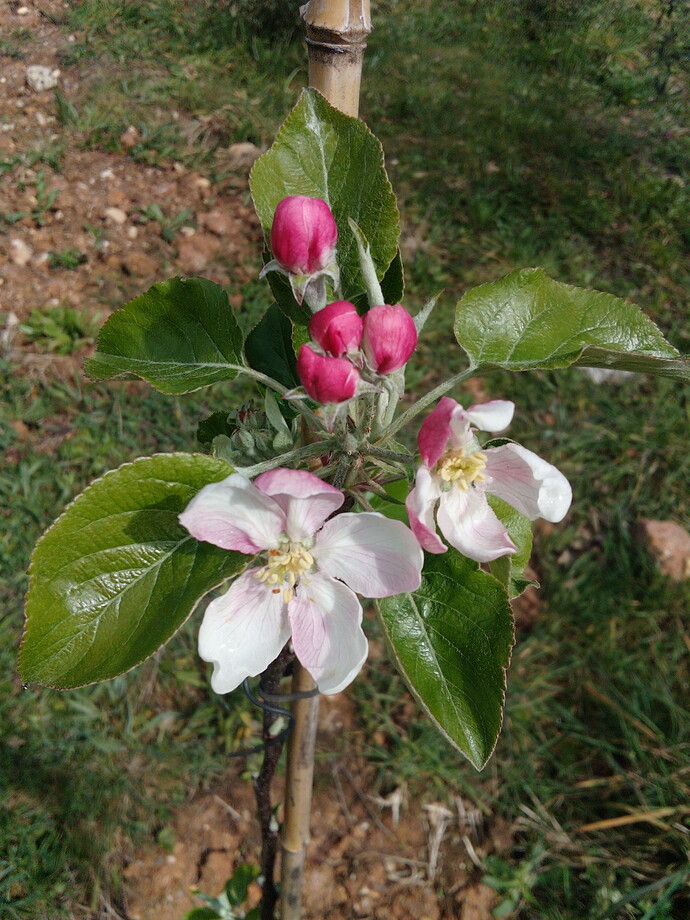 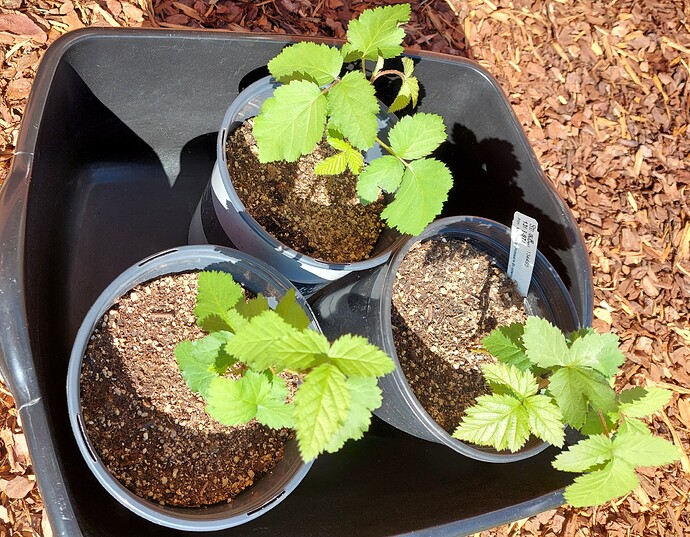 Prime Ark Freedoms… getting some morning sun. Going to wait a bit longer to get these in the ground. I up potted them when they arrived (way too early)… a 50/50 mix of pro mix hp and compost… they seem to be happy.

The family resemblance is clear to its cousin Umbellularia californica (California bay laurel), the first tree to flower outside in our yard:

In what is now a second annual tradition, I attempted to graft an avocado scion onto the California bay laurel today: 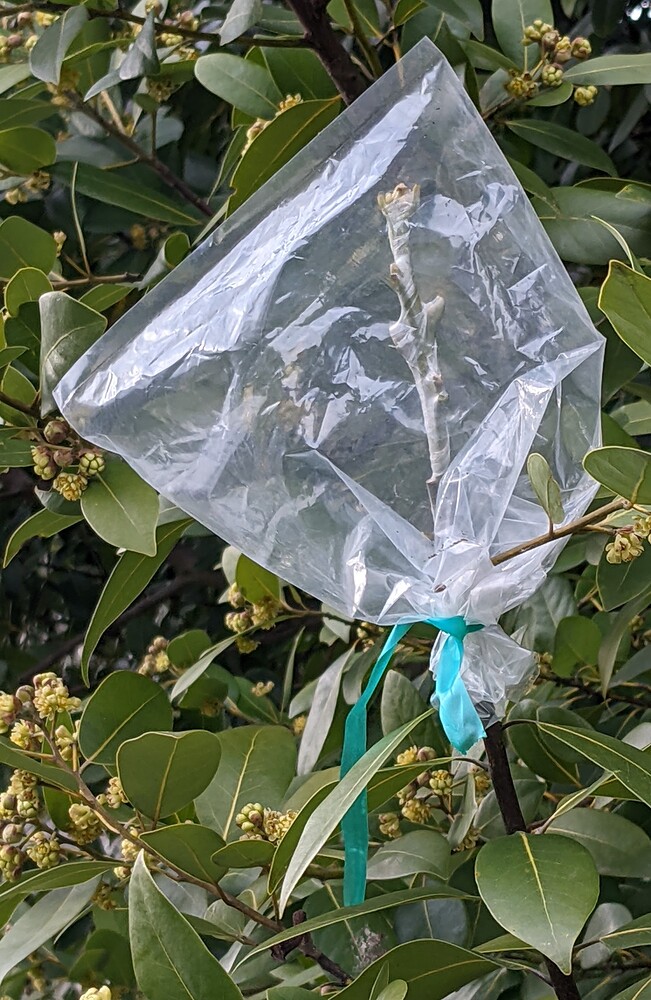 I could find only one paper discussing a trial in the 1950s where scions of a var. guatemalensis avocado cultivar were grafted on Umbellularia seedlings, with total failure. But the species seem so similar, and I can’t find any records of attempts with var. drymifolia avocados, or on mature trees, so I figure I’ll keep trying when I have extra scions just in case.

This is from March 1. We had a very warm spell which sprouted a lot of the bulbs and then week or so of ~30F lows which really confused many. Irises are naturalizing faster than Narcissuses. 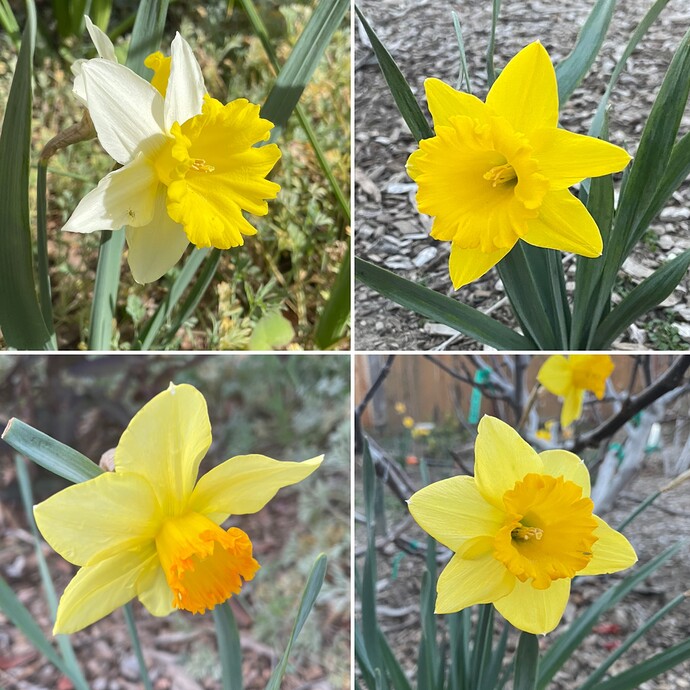 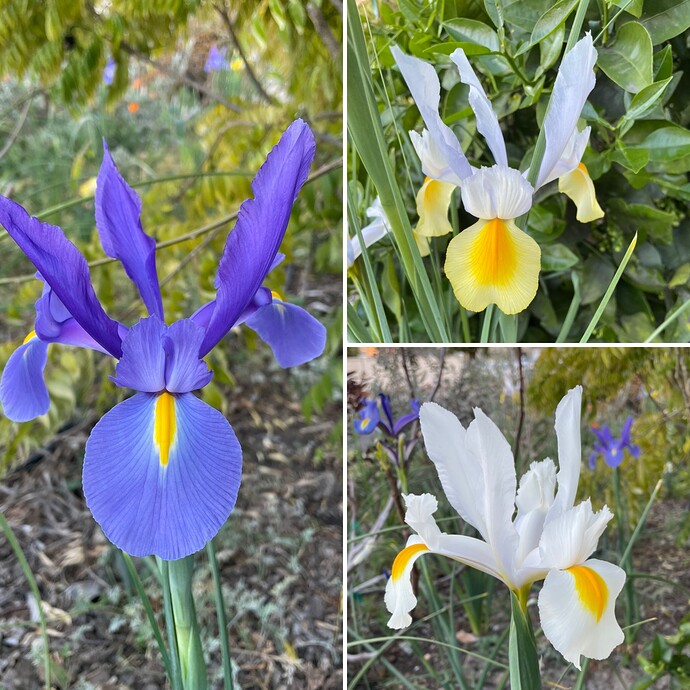 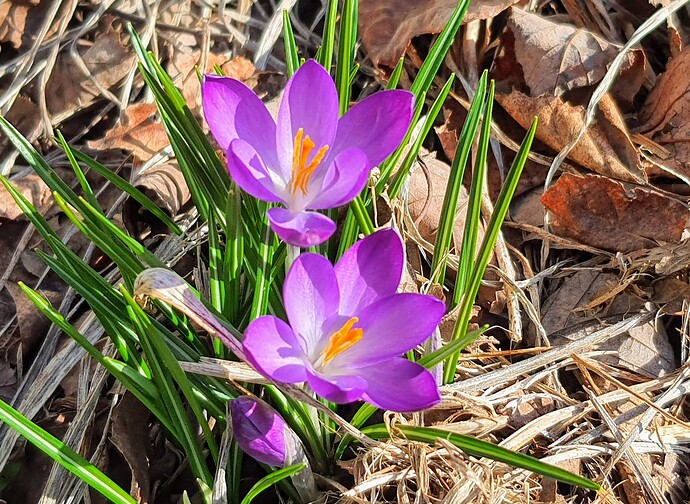 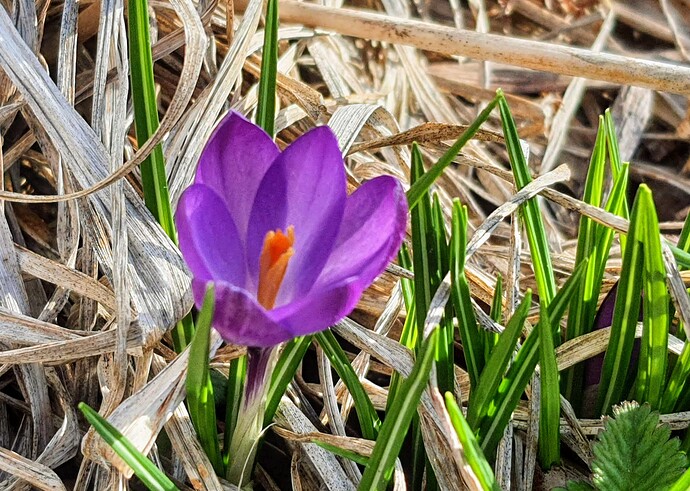 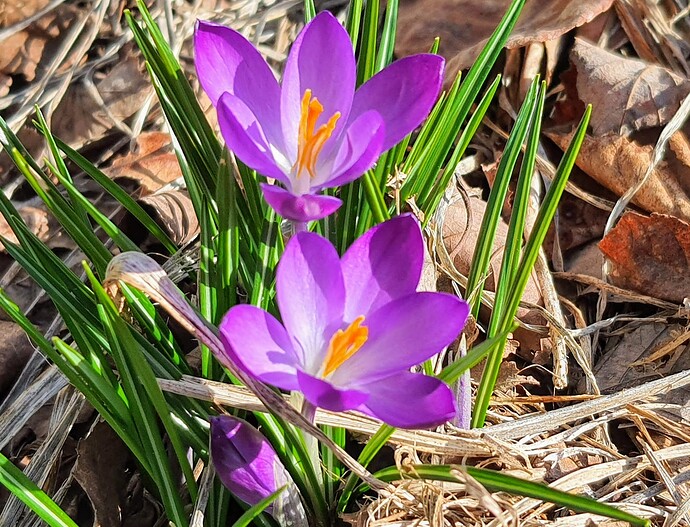 Flowers of a less desirable sort: 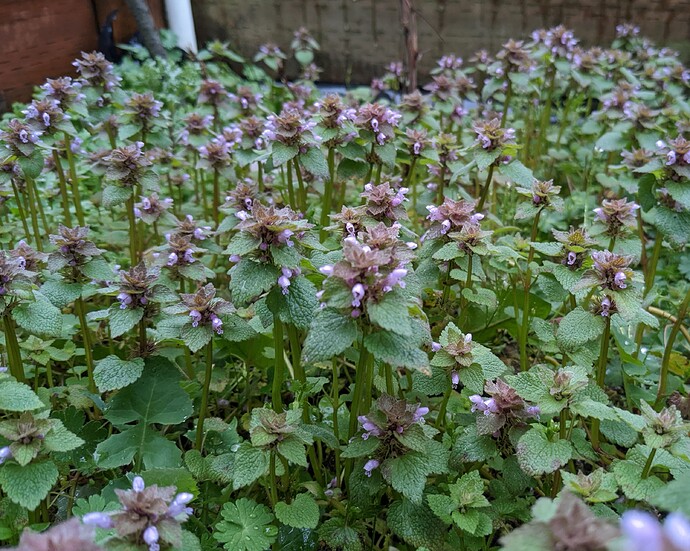 (the weeds around my raspberries, where I haven’t gotten around to planting strawberries yet)