I have this patch of trees between me and the neighbors house. There are a few callery pear trees there which I believe are bradfords. I’ve owned the place for 6 months and have never really taken a close look at them. There are 5 trees that I assumed were all callery. My plan was to graft them all over with asian and euro pears. Yesterday I walked over to get a closer look and notice that two of them don’t quite look right. The bark looks somewhat similar but the bud tips on two of the trees had little bulbous buds on them that were clearly not callery. I was not sure what they were but they didn’t look pear. So after googling this morning I think they are dogwood trees. Haha. Good think I didn’t try to top work them and graft pear scions to them. At least we’ll get to enjoy the blooms this spring.

On a side note, I have two other unknown trees in my yard that I thought might be some type of callery pear but I’m having second thoughts. They have grown from the ground as suckers from a buried stump and are now about 15-20 feet tall. The leaves though look more like cherry than pear in that they are more slender than bradford or cleveland pear. The tree bark though looks much more like callery than cherry. So I’m not sure what they are. Anyone care yo guess what it might be since the bark looks pear, leaves look like cherry and are vibrant red in the fall when they turn colors.

If you post dormant or non dormant pictures of callery I can identify those for you. The trees in question post pictures I may be familiar with them. Do any of them have thorns?

I agree with Clark, even dormant it should be fairly easily to ID if it’s a pear or not. The branching structure is pretty unique and a closeup of branches/buds should confirm.

Thanks. I’ll try to get a picture when I get home.

What tree would you suspect if there were thorns?

Callery usually have thorns when young . Mine do .

The callery seedlings around here have thorns as well.

I don’t remember it having thorns but I’ll check. I know Bradford and Cleveland pears do not have thorns around here.

The thorns go away as the seedling gets bigger . The flowering pear selections are all thornless but that may have something to do with propagating from mature trees that have gotten past the thorny stage .

Typically wild callery may have thorns because it reverts back to its natural state. It also readily crosses with BET pears which have thorns. Not all wild flowering pears have thorns but they do have chatacteric flower bud clusters, smoth bark , distinct branching etc. We will definately be able to identify a pear thats dormant.

Tree with thorns could also be hawthorne or black locust. I have a nice scar from black locust on my knuckle.

I took a few pictures but they aren’t that great. Now I’m think none of them are callery.

This is a picture tree #1from the previous summer. It’s a fallen maple in the foreground 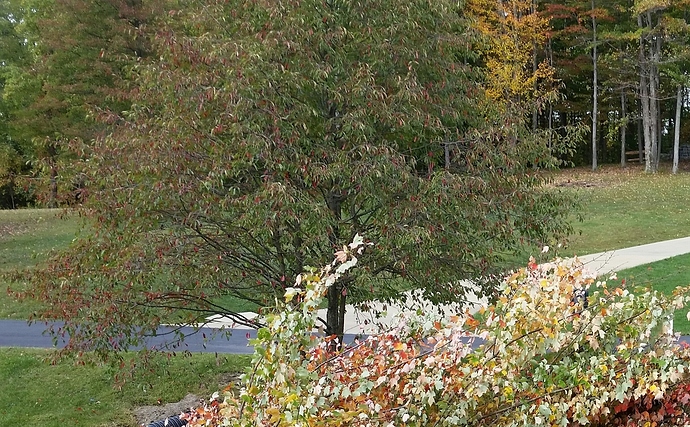 Here are the current buds on tree #1 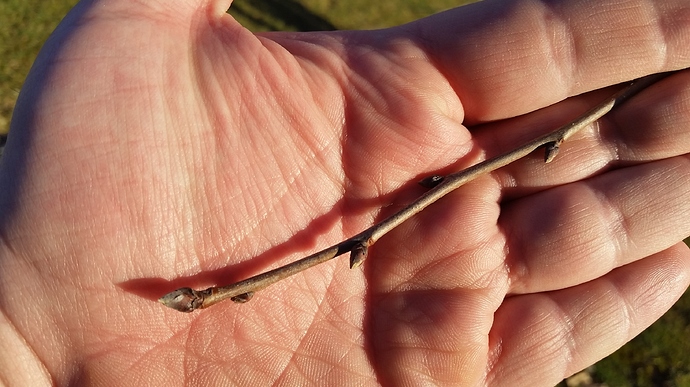 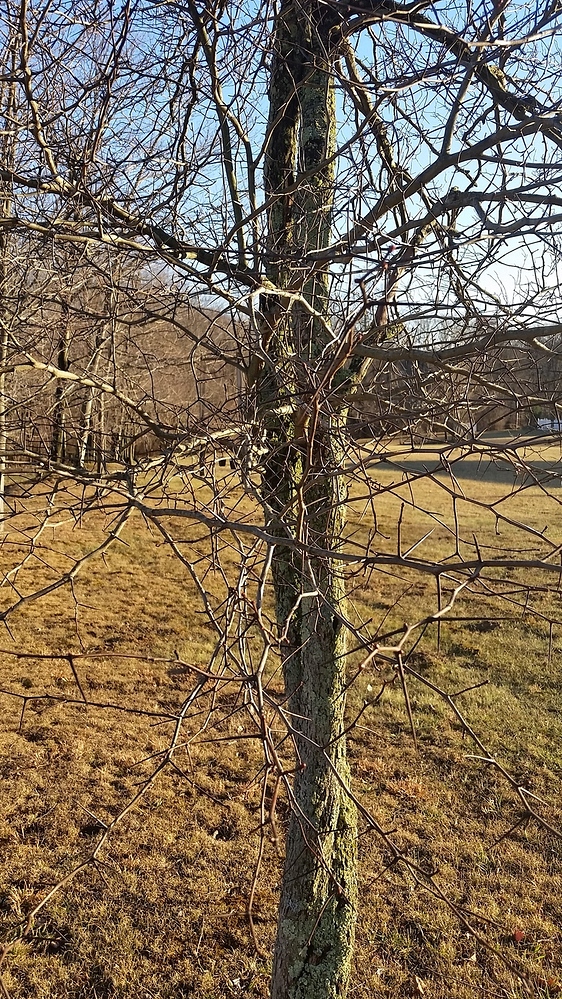 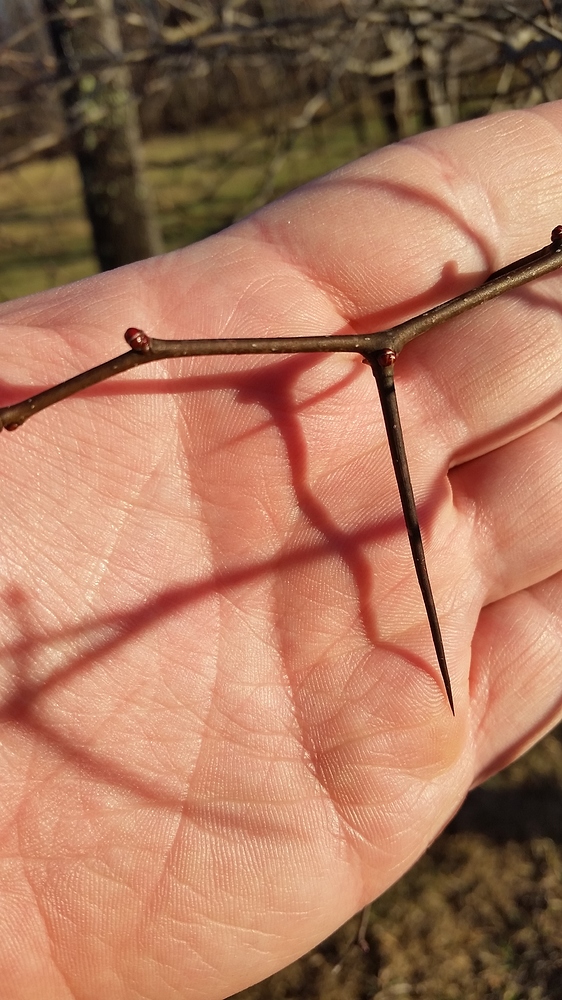 Tree #3 I think is dogwood 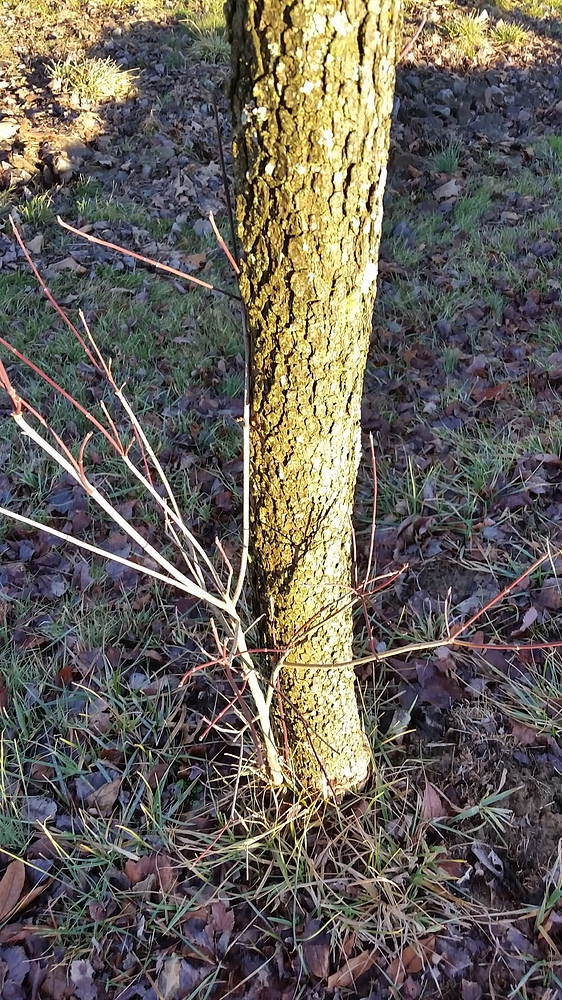 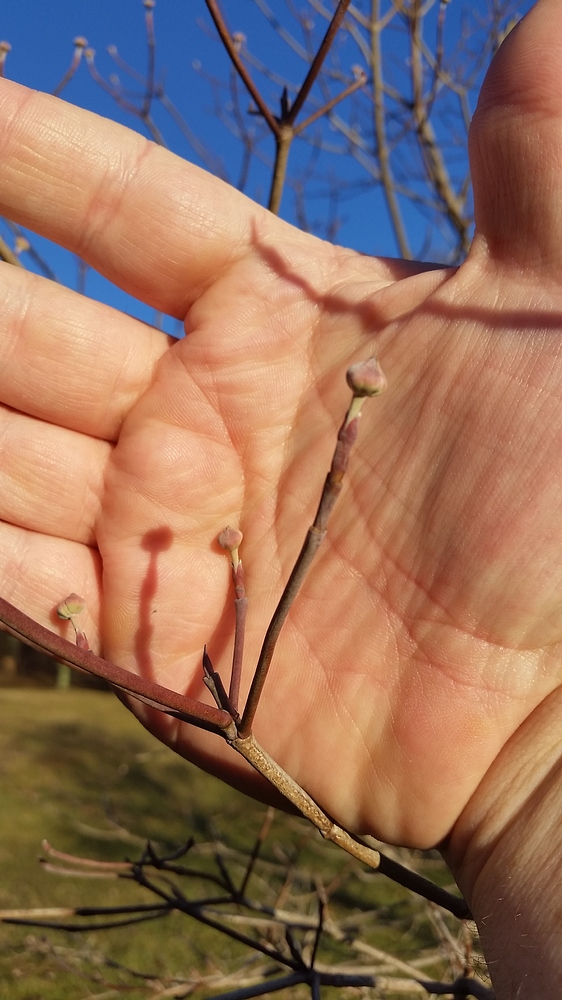 I’m looking at the pictures on a cellphone so I can’t make them all out but I saw no callery pears. Picture 2 has pear like buds but they are small enough I can’t see them on a phone. I can say they are likely not callery. The other pictures of buds are definitely not callery. I will try to take you some pictures of what they look like dormant this weekend. Just for clarification picture 2 tree1 sumilar buds I’ve seen on Kiefferand other pears. Again I’m using a phone so they may look very different on the computer. The wood also has a somewhat green cast which is typical with certain pears.

Number 2 is honey locust. Number one I’m not sure of, if you can get some close ups of the bark that may help narrow it down.

Agree…it certainly looks like Honey Locust thorns…for sure. It shouldn’t have foliage that would even mildly resemble pear though. Honey Locust is however a very pretty tree when it doesn’t set thorns all the way up the trunk. The bark on that tree really looks like locust also.

Bear, from what I remember the leaves share no resemblance to honey locust leaves which are very distinct. I’ll get a better look in about 6 weeks when it leafs out.

I think the limbs look like honey locust but the bark looks too rough. If memory serves me correctly it should be smooth grey some white marks on it.

You have one picture that the buds look pear like so might be usable rootstock. I’m not sure what it is but does not appear to be callery. Maybe it’s a birchleaf pear aka BET aka Pyrus betulifolia http://www.invasiveplantatlas.org/subject.html?sub=65372. It could be another wild cousin of the pear or maybe something that looks somewhat like a pear. I think we need to focus on tree #1, My question would be do you know what fruit it had on it in the fall? Small round fruit? BET and Callery both get small round fruit similar to those below. 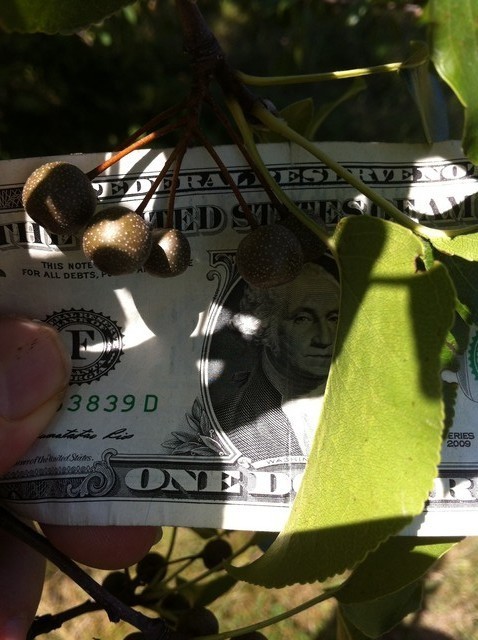 Here are pictures of a wide variation of types of dormant callery pears and some are crosses with BET and similar to your picture. Some are just callery pear that have reverted to being wild 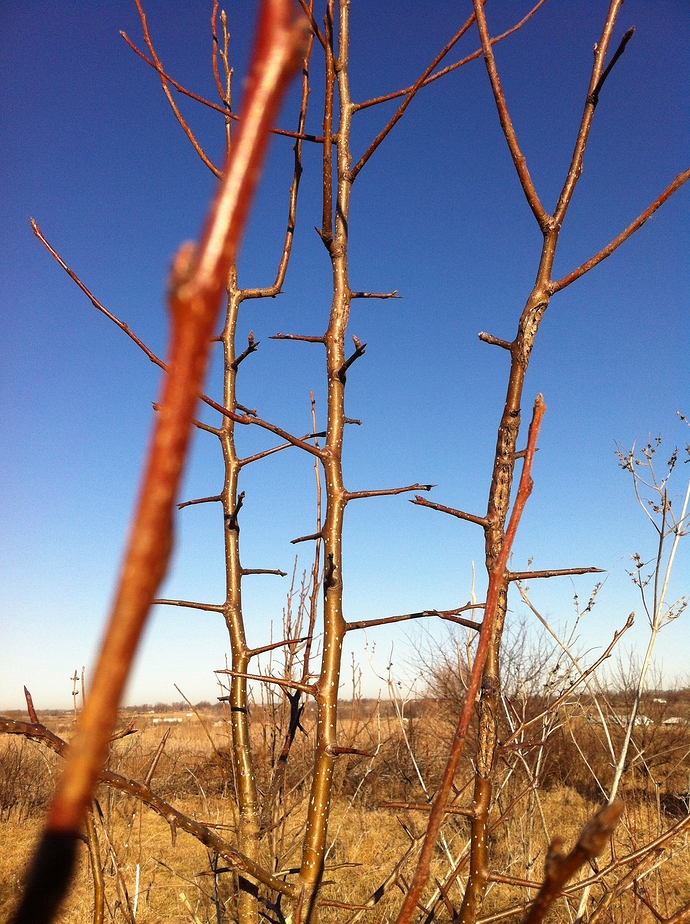 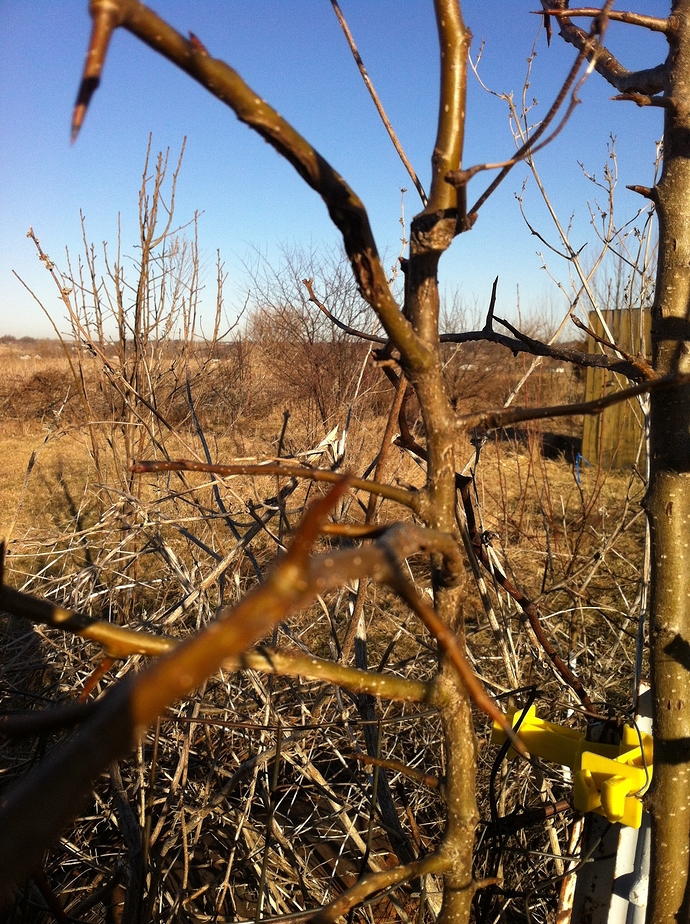 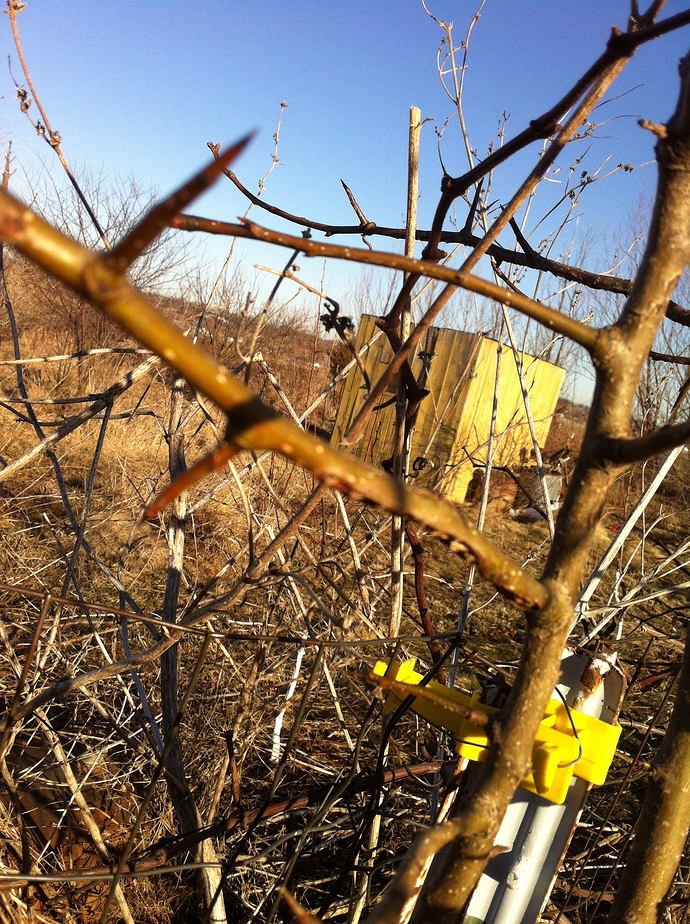 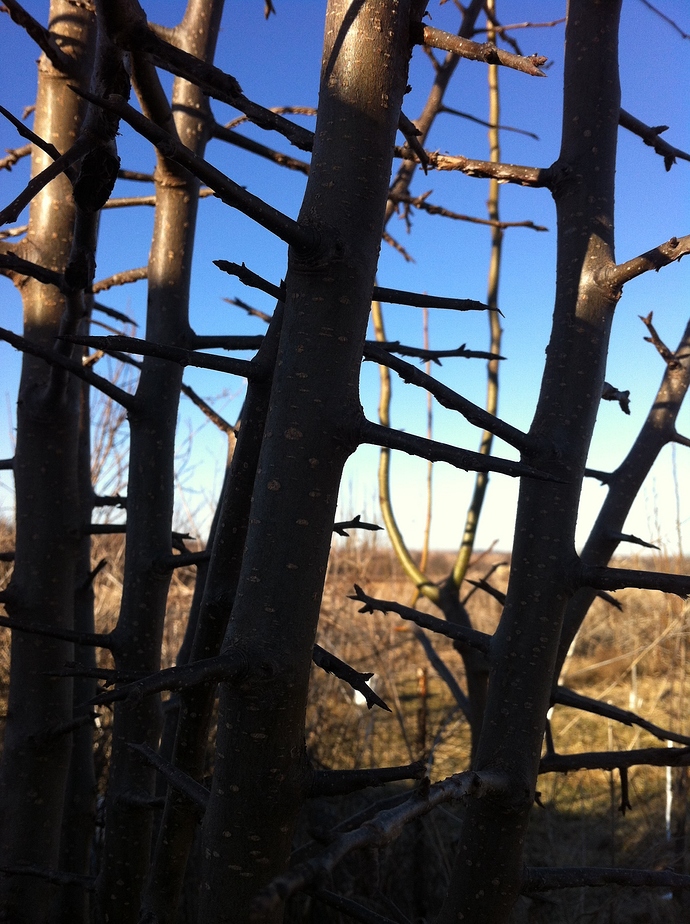 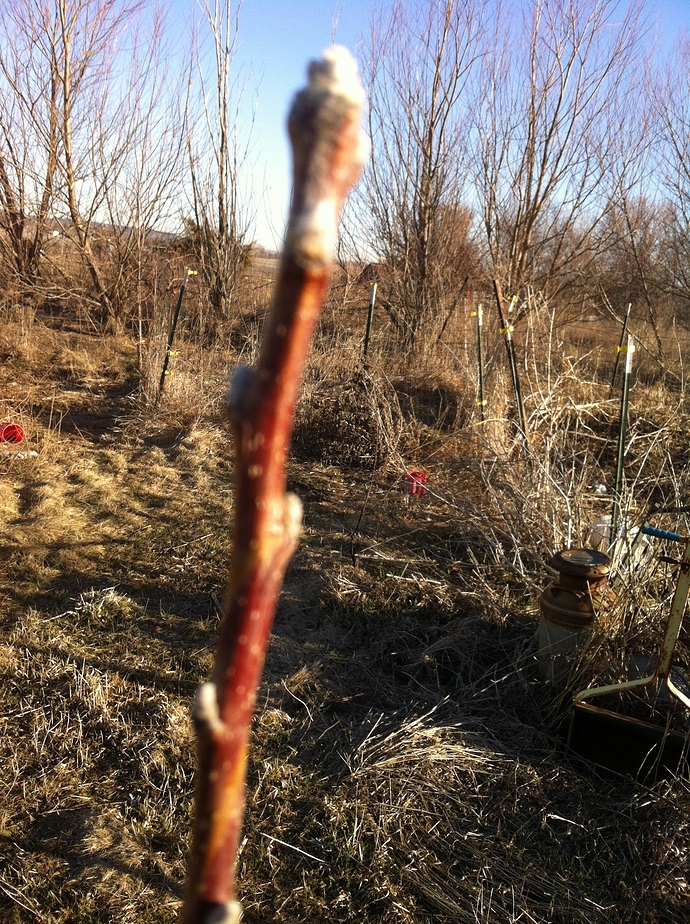 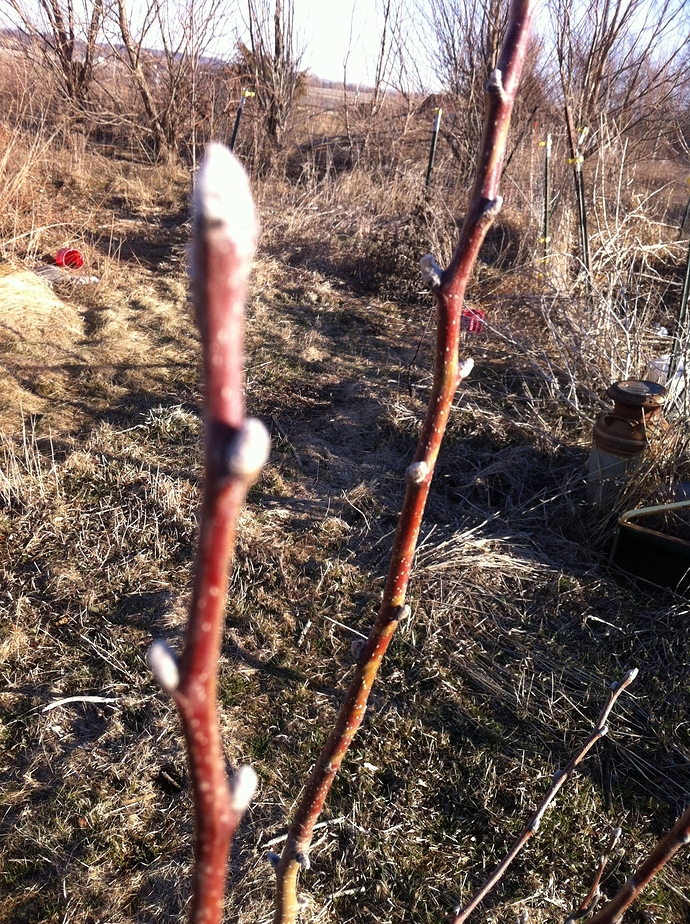 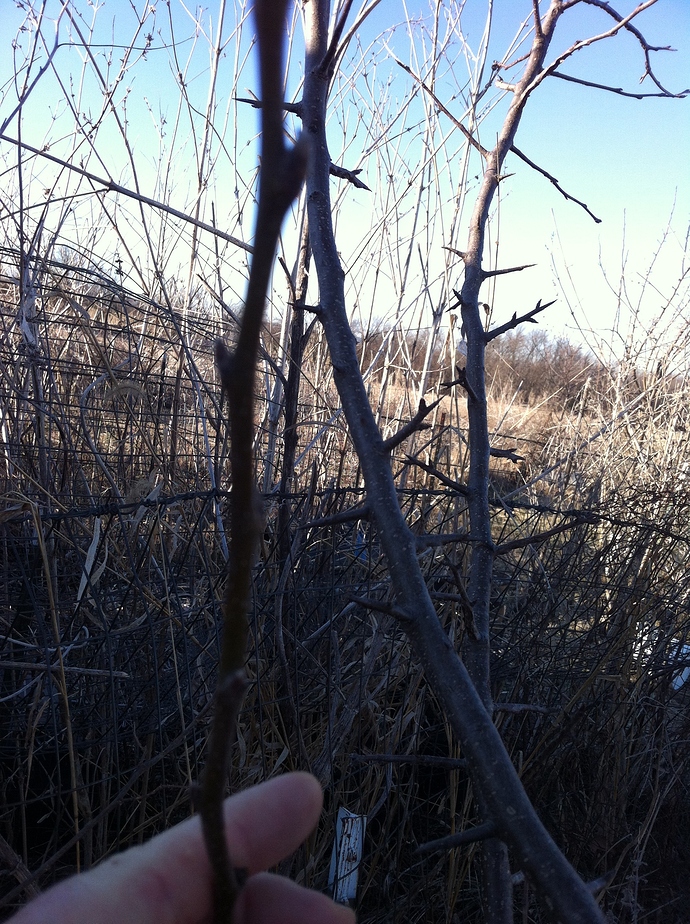 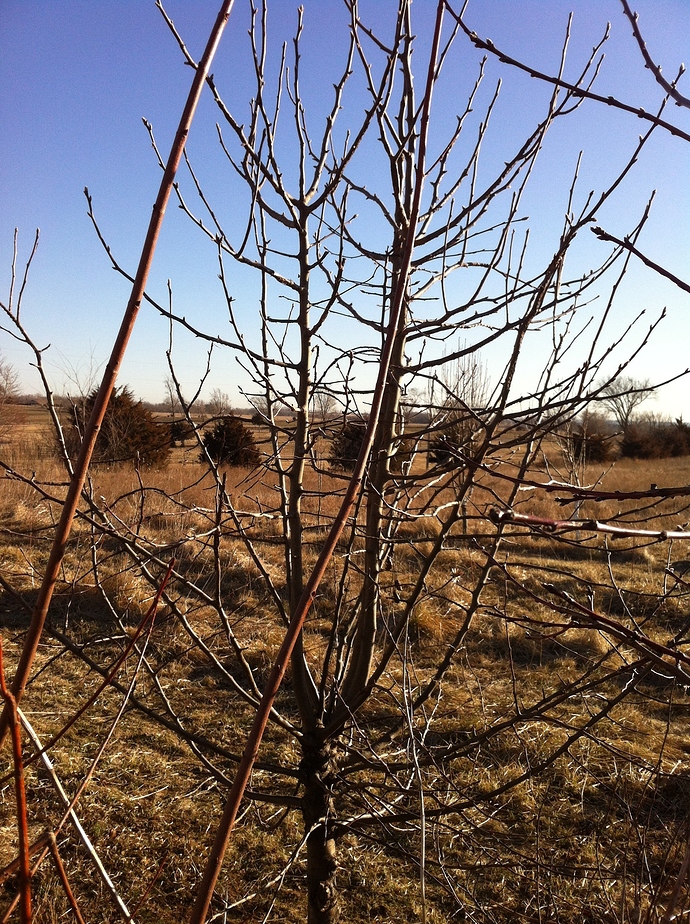 image.jpg1936×2592 2.29 MB
Hopefully those pictures help you and others in identification of wild callery. The pictures convey the variation of the species. The last picture I took is for the purpose of identifying growth habit. See those wide crotch angles and sturdy build on that tree is nothing like the original callery pear. The one in the picture would last through 70 mile an hour wind and never break a branch (I’m joking but there is truth in what i’m saying as well). They have survived plenty of bad storms unscathed.
speedster1 February 28, 2016, 10:23pm #20

Here are some additional pictures of the bark 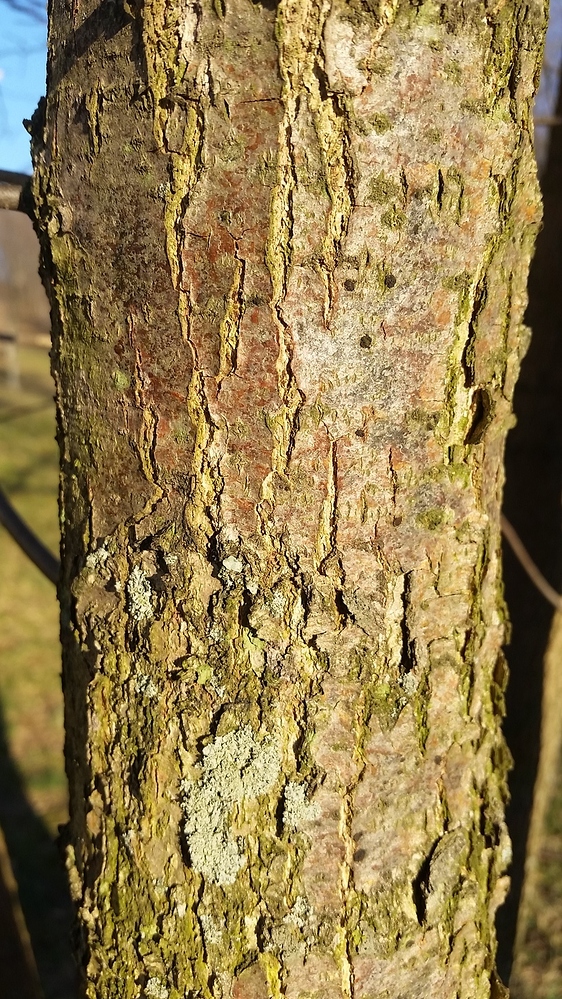 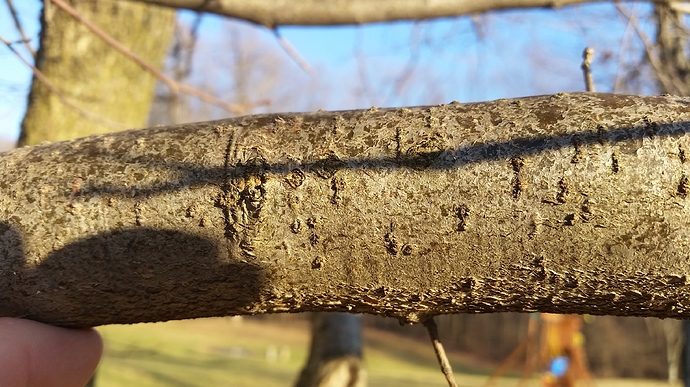