Can you graft Quince to Euro Pears? (I know you can go vice-versa)

I know via this chart that you can graft certain E pears to quince which many nurseries do to dwarf the tree (other pears have long-term compatibility issues i heard)…
https://www.ars.usda.gov/SP2UserFiles/Place/20721500/catalogs/pyrcompatible.html

But does anyone know if you can you go vice-versa and graft Quince onto those varieties of E. Pears?
Most people at a grafting workshop I goto don’t grow quince, mostly Euro pears…
They’d like to grow quince but I really tell them im absolutely sure Quince can graft onto Euro Pears, since haven’t found anything on internet about it. Anyone know?

Thanks in advance!,
Arian

@scottfsmith may be able to elaborate on the answer but yes you can graft quince to pears. Some will be more compatible than others.

I honestly don’t know, but my strong suspicion is that it would in most every case be ok. I am curious about the reason you would want to do that. Do you just have some pear rootstock growing and it’s convenient, perhaps a multi-graft?
Do it…it will probably work and report back here your findings.

Hey Appleseed70,
Well personally, I have 5 quince trees. Im not too worried about the topic in question since I can graft quince onto quince… But most people at these grafting events where Im giving away scionwood ask me if they can graft it onto their Euro pear tree… I’ll tell them to buy and ship quince rootstock online for best results since Im not sure…
But they just want to graft onto their existing pear trees or easily available pear rootstock which is sold at the grafting event. So i just want to be able to give them a more concrete answer. Maybe someone has experience in grafting quince to pears and knows if they ‘take’.

One guy who took scionwood from me 3 years ago said it did take. But thats just one person, hoping there is more of a consensus here (but quince is a more rarer grown fruit… so wouldn’t think that many people here have tried grafting onto E pears, but thought I’d ask just to see).

I’ll report back what people tell me in next few years, as more and more people seem to be interested in growing quince and they def grafting them onto their pears.

I see, that makes total sense. I wish I could be of more help. but I cannot say anything other than to make an educated guess. You want more than that, and so would I. There was a thread here a few weeks ago about the very limited to non-existent information available about these compatability issues.
Point those folks to this thread and tell them to report to us their findings. Some folks (like me) enjoy taking one for the team in terms of broadened knowledge.
Somewhere out there are folks who have done this and have good knowledge of it…finding their information online is another story.

The only possible issue I can think of would maybe be some vigorous pear stock overgrowing the slower quince scion, but that issue is (I think) normally manifested the other way around. Tell them they are species compatable and it may be that that might be the most honest and accurate answer there is, given the wide range of variability at hand. 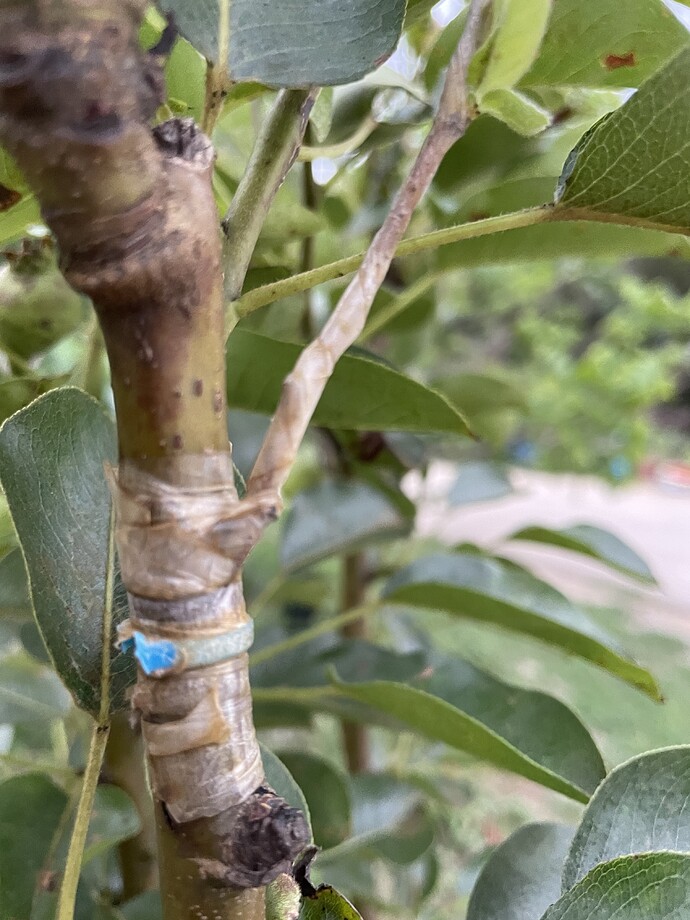 Learned some things since this post Quince on pear . In my experience the grafts failed after about 3 years What pears are quince compatible? - #22 by clarkinks . That may not happen with every quince or every pear. There is a lot of research not done yet. @JesseinMaine had luck grafting quince A as an interstem to pear. This thread will help also Who's growing Quince? . Keep in mind my grafts that failed were Bulgarian which I used because they are the quince that is resistant to fireblight. @scottfsmith thank you for the help getting setup to do that. @armyofda12mnkeys suggested this link of pears that are long term compatible grafted to quince in addition to others mentioned already NCGR-Corvallis: Pyrus Catalog . Don’t overlook quince rust which will need to be sprayed at most locations 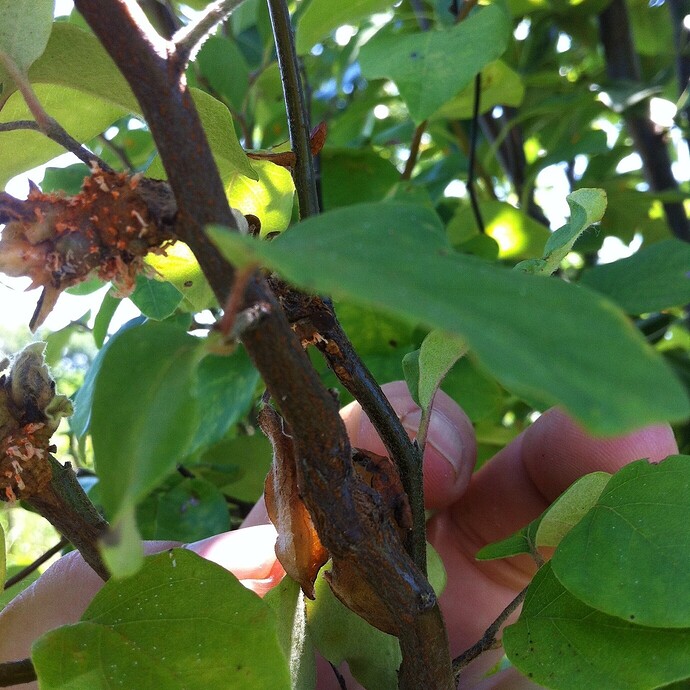 For some reason, seeing rust like that makes my skin crawl.

@Phbirds what’s the blue band on the graft? It looks like a ring with a blue heart on it

Yes quince rust is bad stuff spray or you get it if you raise quince.

I don’t get much rust (knock on wood) and we have juniper or cedar type trees around. I got my first obvious infection on one of the pears that is grafted to aronia. I don’t think I’ve noticed it on my quince, or other pears, nor on my apples - or aronia for that matter.

Just 2 leaves on a European pear grafted to aronia, the year before last - got to that fruiting stage, or whatever its called when they are like that.