Do nectarines and cherry/plums hybrids require a cross pollinator?

I have a Fantasia nec and unknown cherry/plum tree in full bloom now. No companion trees left nearby.

I have a Fantasia and the tree sets fruit without another variety.The Cherry Plum could be either way,from what I’ve read.bb

Agree with @Bradybb. Nectarine is a peach without fuzz. It behaves like a peach. No need for cross pollination.

I so not think it will help cross pollinate you pluot. That, you may need another pluot or a J. plum to help it.

What variety is your pluot?

Good to know, thanks. 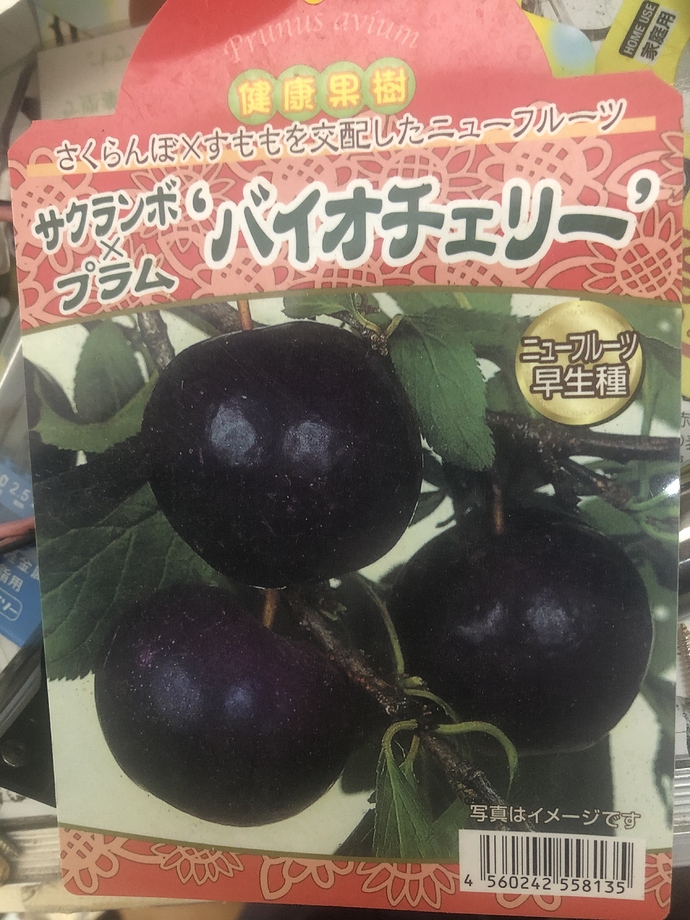 I should add both of these trees are decent size, have been in the ground a few years, and put out a brilliant blossom array every spring, yet pathetic fruit set. I’ve only gotten a couple on each tree maximum, all of which are destroyed quickly by bugs. The nectarine in particular has massive aphid infestations on the leaves.
If I don’t get a harvest this year, thinking to chop them down and replace with kiwis or something. Shame, as they’re nice big looking trees. Was considering to use pesticides which I don’t want to do this year, but there’s no point if I’m only going to get a couple of fruit anyway.

I went to a garden center nicked a few blossoms to test out cross pollinating, but unfortunately lost the blossoms. I was able to get back and get some more, however by that time almost all of the blooming was finished. I got Santana iirc for the cherry/plum, good overlap. The “bio cherry” info card says nothing about a cross pollinator.
Ironically, the nectarine information card recommends Shuho as a cross pollinator. I actually used to have this tree as a cross pollinator for Fantasia, however the blossoms barely overlapped, like literally only a couple of blossoms, both years I had them, and that’s how many fruits I ended up getting on Fantasia. I overpruned Shuho a couple years ago (along with both peach trees), so it’s dead this year. Predictably, the stock trees at the nursery were showing this exact same poor overlap problem.
I rubbed what blossoms I had together. Bit soon to tell, But it looks like this year again I’m going to get zero fruit.
There is still time to plant companion trees if it will help.
Any ideas?

There’s plenty of flowers on both. But they all just end up unpollinated and falling off. Vigorous beautiful trees otherwise.
Why would the nursery have labels printed off listing each tree as a cross pollinator for the other?

What’s the average low temperatures there,before or during bloom?Any freezes?
@Olpea might have some insight into why the Nectarine is dropping the flowers and I think @scottfsmith grows Fantasia.bb

No frost damage or anything like that. The peach tree i used to have next to it would produce tons of fruit.
The fact that I did get a couple of fruit on both trees last year, acts as if they’re not getting pollinated.

Why would the nursery have labels printed off listing each tree as a cross pollinator for the other?

Maybe because this increases their chances of selling two trees instead of one.

I hope not! Lol

I haven’t seen other hybrids available locally. So I guess I’d have to go with a plum. Are any recommended above others?

Something is not right about that label. Prunus avium is a botanical name for cherry. You said it is a cherry plum and the pic looks like a cherry plum like Nadia or one of those interspecific pluots.

I don’t know what cross pollinate it but I grafted all my pluots on a Shiro, a Japanese plum tree. My guess is if you choose with a J plum variety to cross pollinate your tree, I would choose Shiro.

There are a small number of peaches which are not self-fertile. However, U.C. Davis lists Fantasia as self-compatible. Some of the references they list aren’t what I would call authoritative, so I’m not sure how much confidence we can put in the info.

However, “The Handbook of Peach and Nectarine Varieties” describes Fantasia thusly:

“Erratic; poor finish and crop some years. Good size. Frequently russeted. Number one nectarine in production in California in the 1980s.”

At one time I three trees of Fantasia and the above description matched my experience. As I recall, it took longer for it to come into production, and was an inconsistent producer.

I was able to find a little more info on “biocherry”, Iiuc it claims it’s self fertile, but recommended to cross with a plum such as Kiyo that overlaps. Would be nice if it crossed with a cherry or apricot, for variety, as these things look like they’re gonna taste an awful lot like plums.
My main concern is bugs. I don’t think they’re worth bagging, so theyll likely require some poison spraying.

Thanks Olpea. Looks like I may have a bit of a dud producer then, with no options for improvement . I’m wondering if the Cross pollination business is similar to blueberries, when you get better production with some crossover.

no options for improvement

What about grafting on some other varieties?bb