This is an experiment to see how big I can get it in one season. This along with the other bananas were planted at the very end of May. I regret not planting them sooner in say end of March early April. It currently stands at 5’ of p-stem with one pup. Things have slowed down a bit but it’s still putting out a new leaf…Thanks for looking 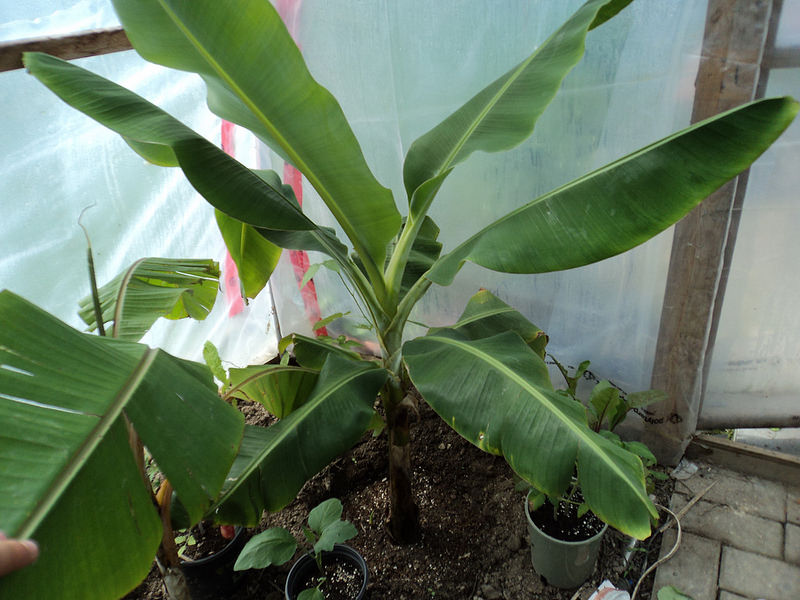 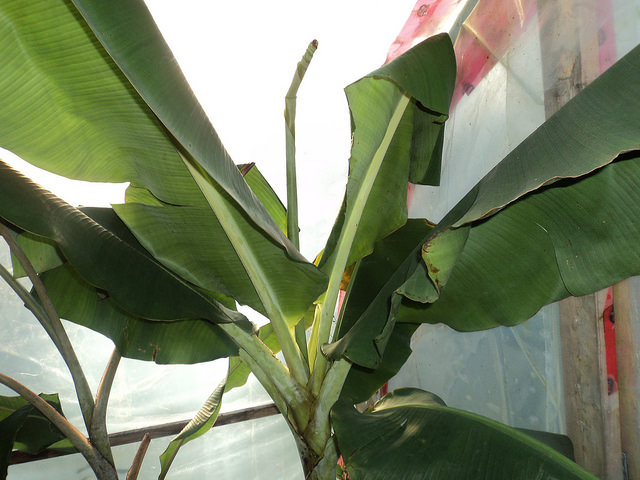 Thanks Richard! No frost in site for the 14 day forecast

Sorry to revive an ancient thread, but I was reading @Richard’s document about growing bananas outside the tropics, which he posted in the namwa thread, and thought I’d post this in a more appropriate place. Specifically, the document says this:

I have had trouble finding a reliable source for the average fruiting height of Dwarf Cavendish (not Super Dwarf), and curious if anyone has a good answer. Some sources say 8-10’ p-stem, some even say less, and a few say 10-14’. Which one is correct?

I bought a Dwarf Cavendish pup in spring 2021 for my (then) new greenhouse, which has a pitched roof that is about 13’ at the highest point, but I did strategically plant it under a roof hatch just in case. The p-stem is currently about 7’ with the leaves reaching a couple feet below the roof before they flop, but I expect it’ll go dormant soon, overnight lows have been in low 50s lately. So next year will be when I find out whether it’ll need to grow out through the hatch.

Edit: Since this thread is in the “pictures” section, here’s a picture showing how far it has left before the hatch: 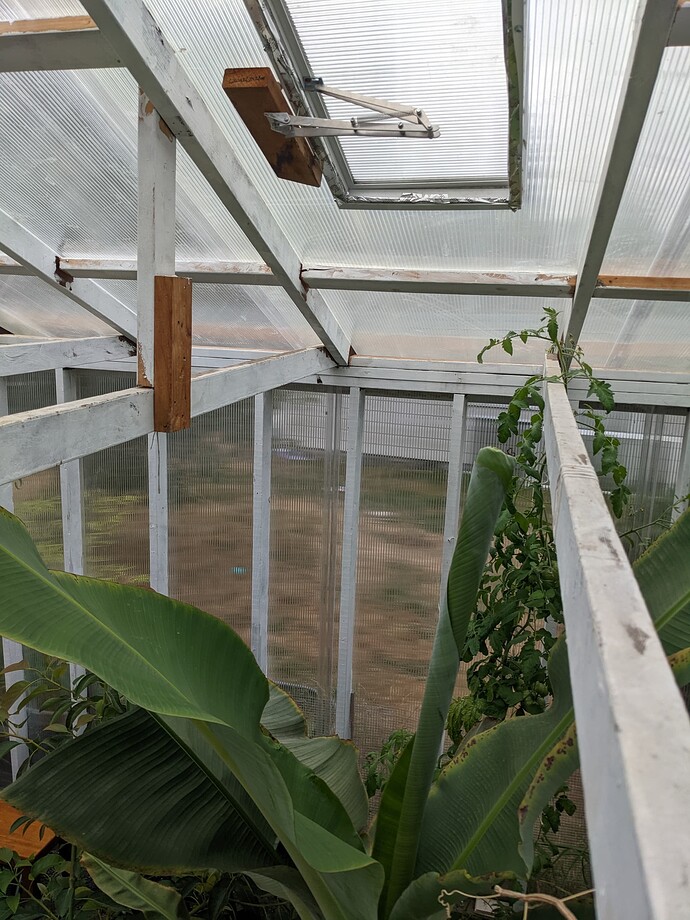 And when it was freshly planted early last summer: 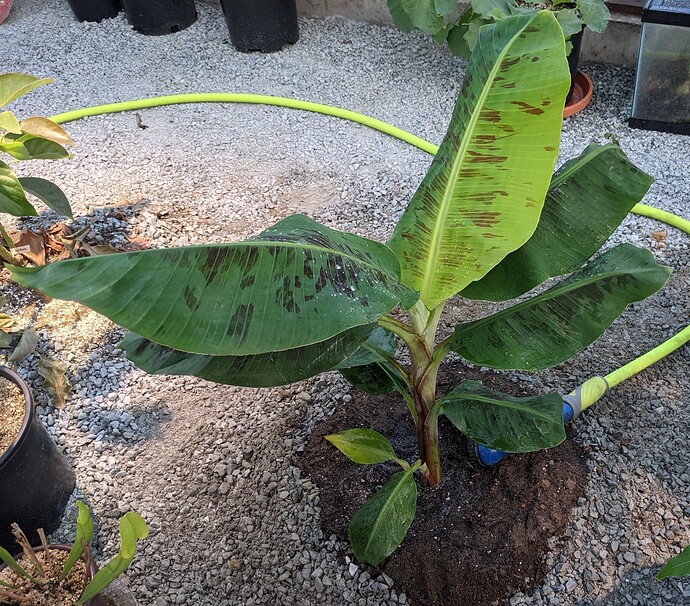 Check the information on pot size.
In a 15gal I’d expect 8’ to 10’ pstem at maturity for D. Cavendish.

This one is in the ground, would that mean bigger? I hope not too much!

I’d be surprised if the pstem grew to over 10’. If you do not have supplemental light in the greenhouse then it might stretch in height a bit.

Luckily it’s mostly cold enough to not grow at all during the less sunny times of year, and it seems to be pretty tight spacing between leaves that grow in summer, so far at least: 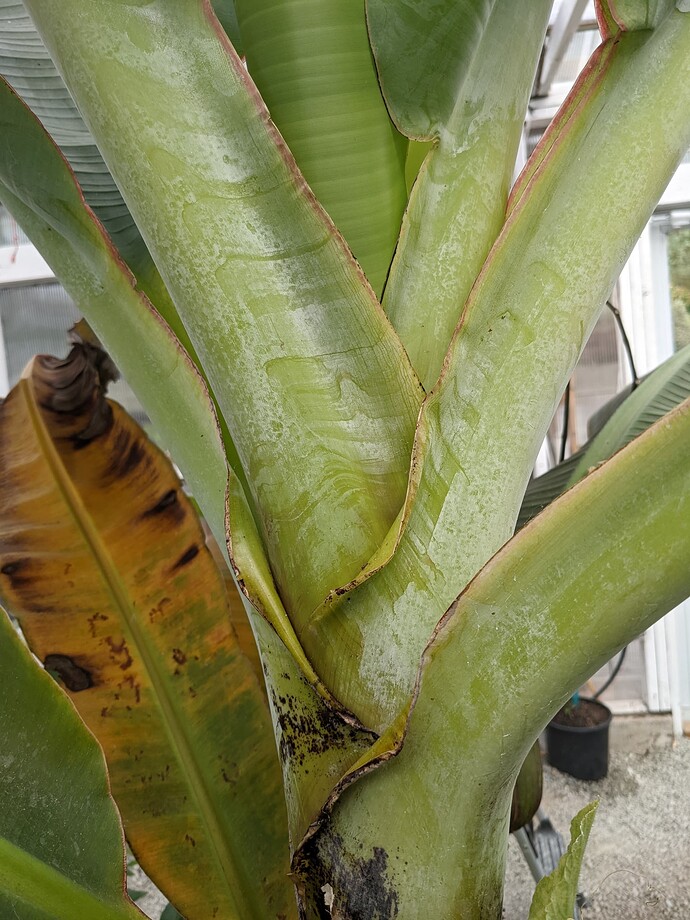 One interesting thing was that the first two leaves that grew this spring, which presumably had formed in the p-stem over the winter, were the saddest little skinny things: 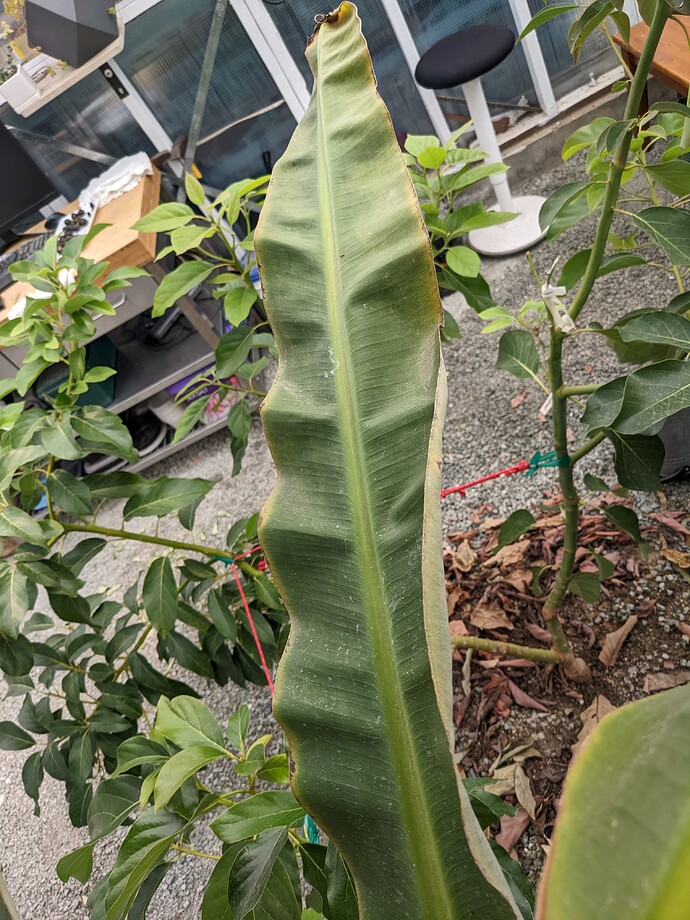 But after that they just kept getting bigger and bigger. Here’s the most recently unfurled leaf, likely the last one to fit under the rafters: 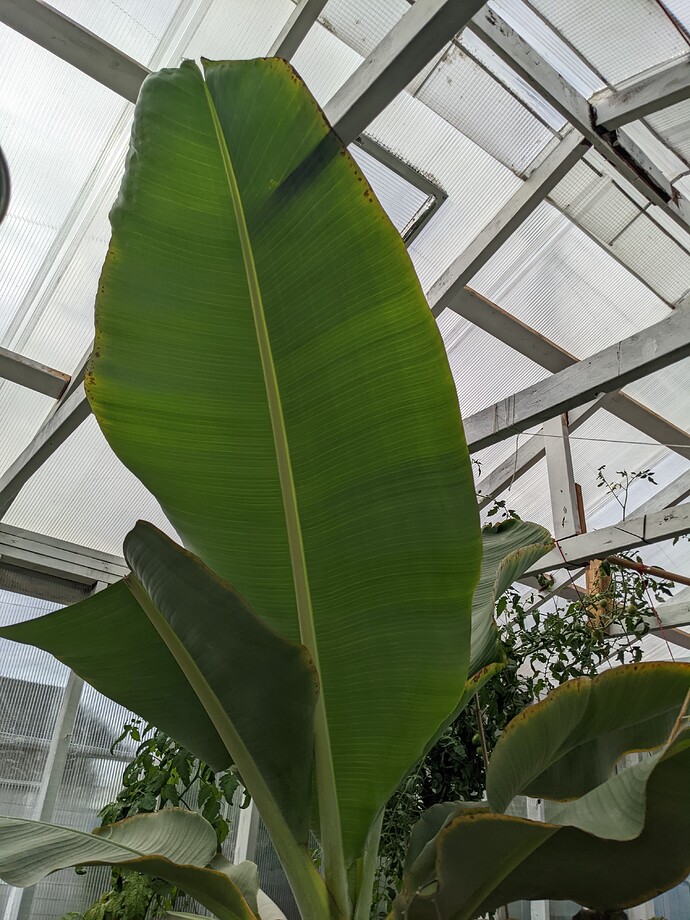 The close packing is characteristic of the D. Cavendish and most other dwarfs. “Stretching” was a poor choice of words on my part - “more height” would be better.

The Cavendishes and other “AAA” genetic cultivars all have relatively wide leaves.

Great job @swincher! Glad this thread came alive again. I kinda put banana plants away last couple years. This year got another DC and still have a few manzano pups growing nice. From what I have seen, in person, on here nad bananas.org over the years. expect 7-8 feet. you will see a flag leaf.